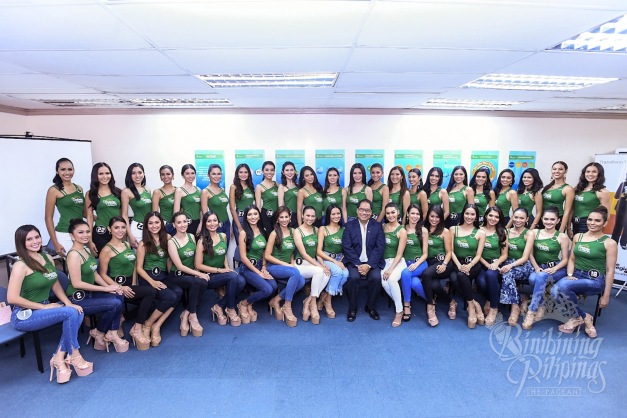 The eventual titleholders for 2018 (including the two runners-up) will definitely be guided by this center in improving their Communication and Public Relations skills for their missions abroad.

Who could be the ones among them to get full Dale Carnegie immersion by April? 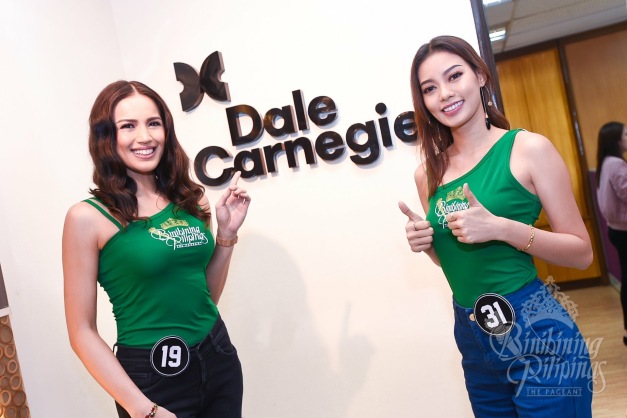 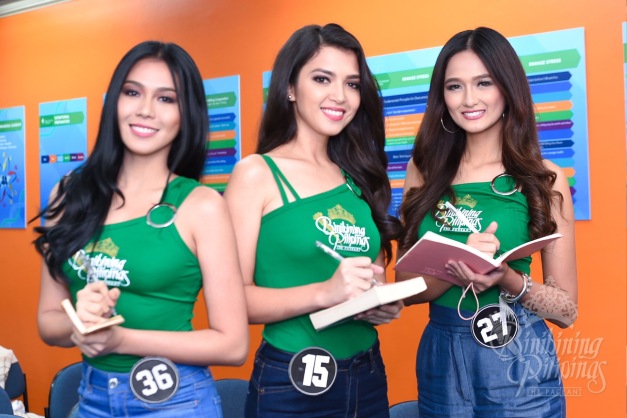 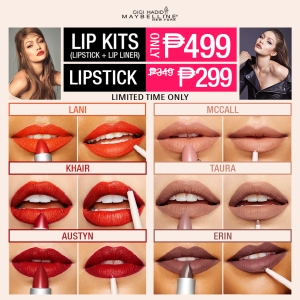 Back in December, the Philippines was the FIRST IN ASIA to witness the most exciting collection by Maybelline to date! We were all floored with excitement to have in our hands the three-part collection in collaboration with none other than Maybelline’s global IT girl, GIGI HADID!

With the collection almost sold out in select Maybelline counters in SM Department Stores and Watson’s branches, Gigi decides to take over Asia by launching the collection in Tokyo, Japan!

Two very lucky girls from the Philippines jumped on a plane to witness the Tokyo launch live. Actresses Alexa Ilacad and Gabbi Garcia got to attend an exclusive master class led by Gigi herself and they even had the chance to be up close and personal with one of the world’s top models.

Don’t miss out the special promo right now! The lipsticks are now an absolute steal at Php 299 (from its original price of Php 349), and get the Gigi Lip Kits (bullet lipstick and lip liner) for only Php 499!

Demi-Leigh Nel-Peters and her Homecoming in South Africa 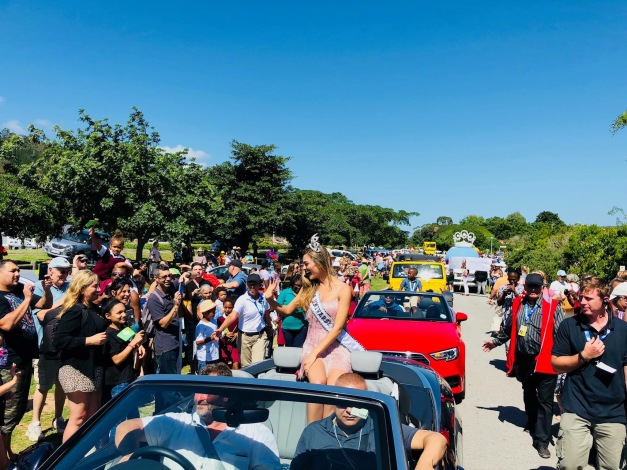 Miss Universe 2017 Demi-Leigh Nel-Peters is in Cloud 9 nowadays as MUO (Miss Universe Organization) has finally given her the Homecoming Week to share the victory with her countrymen in South Africa. A motorcade parade, personal appearances, media guestings and hosted dinners happened in quick succession. Below is a video where she explains the float that was made in her honor.

A “GlamIt Chi” event was also held where she was honored for the achievement she has brought back home to South Africa. Both Chi Haircare and GlamIt put together a memorable bash that made our Miss Universe more happy and emotional to be back in the arms of the people she represented in Miss Universe.

Demi-Leigh and athlete Usain Bolt meet at the Sun Met 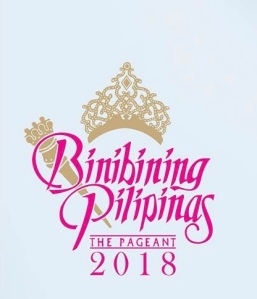 After presenting to you the latest official shots of the forty (40) Binibinis of Bb. Pilipinas 2018 as photographed by Raymond Saldaña (where they all looked amazing), allow me to share my choices as the Best 5 among them.

I am sharing this quintet in my order of preference: 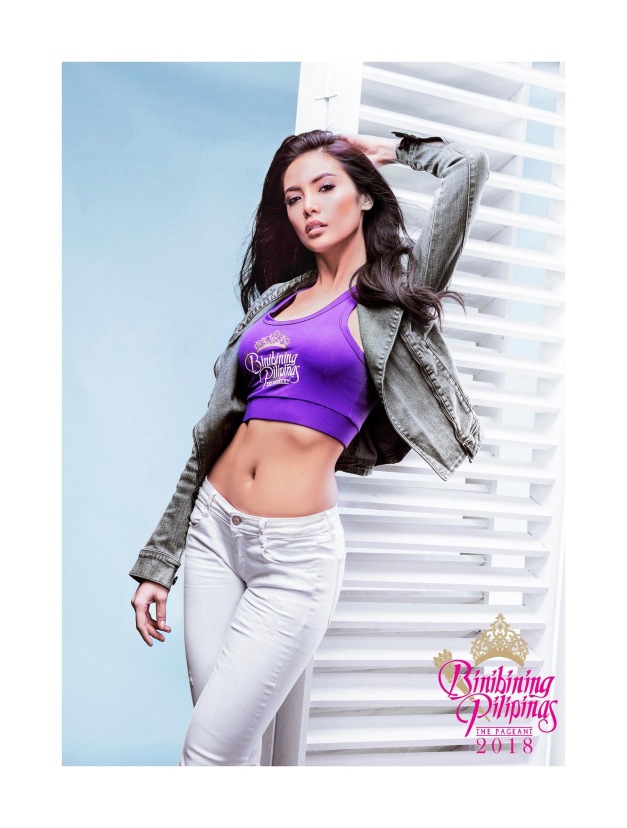 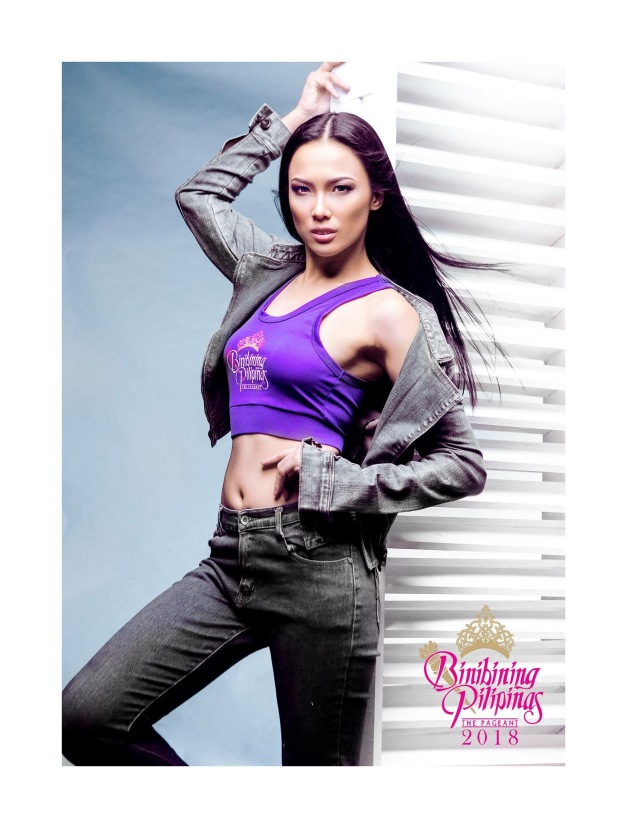 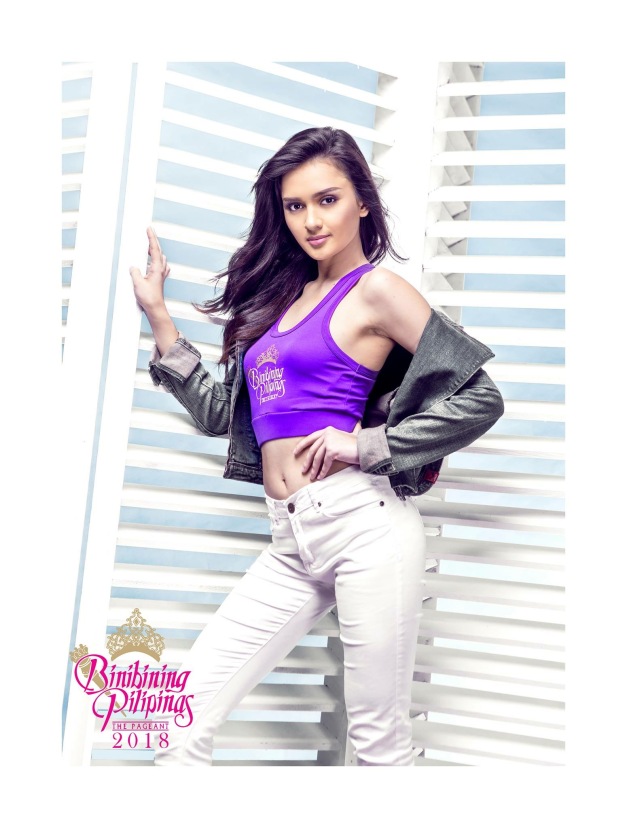 Both Muriel and Agatha are aggresively fiery in their respective projections. It is hard to choose the better between the two, but I give Binibini3 the edge for contouring her figure so curvaceously. Ahtisa, on the other hand, did away with her usually slam-book pretty poses and stayed within the thin line between tempered innocence and sweet sensuality. Patrizia surprised with a soulful allure plus a look that pierces through the lens, while Wynonah’s mysterious aura defines the strength in her character with a dash of fearlessness.

Binibinis 1-40 strike their best pose for Photographer Raymond Saldaña in these official shots for Bb. Pilipinas 2018. Who are your favorites in these photos?

Tell me after you have reviewed all of them, dear readers! 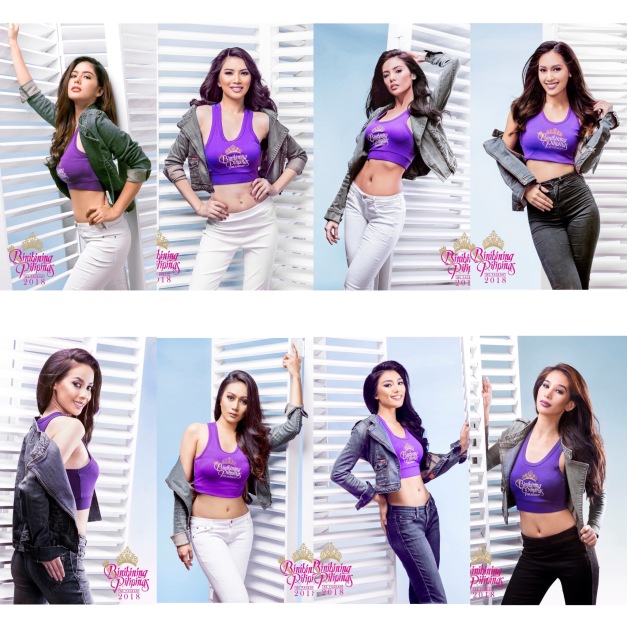 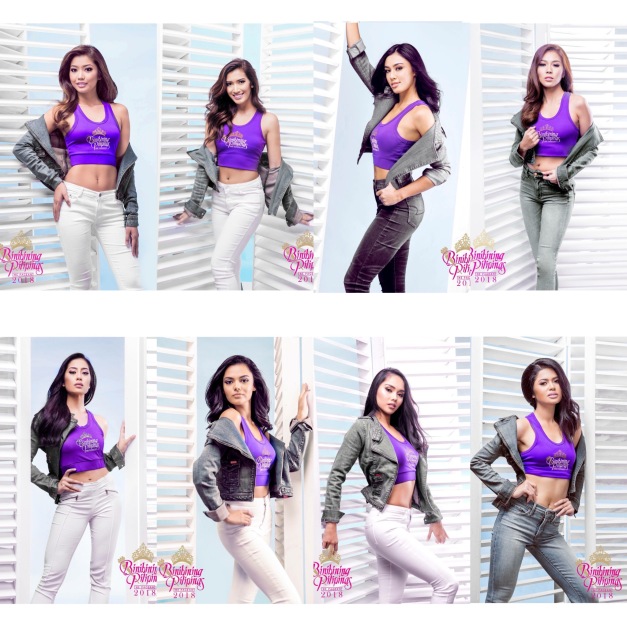 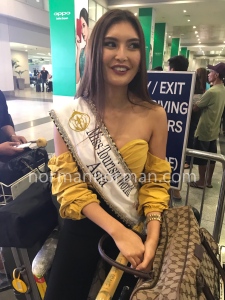 You all remember last weekend’s intriguing finals night of the Miss Tourism® World in Melaka, Malaysia which was marred by a couple of irregularities during the proceedings (error in the names of the Top 5 – who already underwent the Final Q&A – which led to the announcement of a new set of Top 5 with only a small number of the delegates coming out onstage to witness the crowning of Colombian Andrea Katherine Gutierrez)

Here is Marian as she recounted that night to normannorman.com:

Having been given by BPCI at least three (3) solid coverages to base my running favorites on, I am bravely presenting to you the first of my three Top 5 “Coverage-Based choices” for Bb. Pilipinas 2018.

This first listing was gathered from: 1) The official numbering activity at Kia Theater, 2) The Gateway Gallery Tour and 3) The Sponsor Visit to Charter Ping-An Insurance/AXA Philippines. FYI, my second listing (a lot longer and very much open to changes and shuffling) will come out after the Press Presentation on February 21, while the third and final ranking (which constitutes my Fearless Predictions for this edition) will be uploaded on March 16, or two days before the Coronation Night at the Big Dome.

If the finals will be held tonight, then the next set of Queens will most likely come from my Top 5 choices as of January 30, 2018:
#Binibini20 Catriona Gray, #Binibini19 Michele Gumabao, #Binibini3 Murielle Orais, #Binibini14 Samantha Mae Bernardo, #Binibini1 Vickie Marie Rushton

These five (5) ladies have shown consistency so far in the activities team normannorman.com has covered to date. In particular, the first three ladies – Catriona, Michele and Murielle – never fail to elicit a lot of positive feedbacks from people around or watchers in the sidelines. They are also, in my observation, the most requested for photo ops. But I did not base the selection on just these factors. From where I stand, they have winning (read: vibrant, engaging and poised with commendable public relations) qualities that can easily set them apart from the rest. But here’s the thing. The period of competition still has a month and a half left to have themselves judged more keenly on different factors that are relevant to both pageant followers and the organizers. So the likelihood of Binibinis below them to actively pick up the pace and show the real stuff they are made of is very high.

I can never discount the probability of several Binibinis not listed above as more than capable of bringing their A-game from this point onward. And this is the reason why I specified only five at this point. The next listing will definitely be a bigger group that will include ten (10) more candidates.

Let’s see how the next coverages will unravel.

From Joseph Gerard V. Jose – my other photographer on board team normannorman.com – here are some of his shots during the visit of the Binibinis to Charter Ping An Insurance/AXA Philippines: 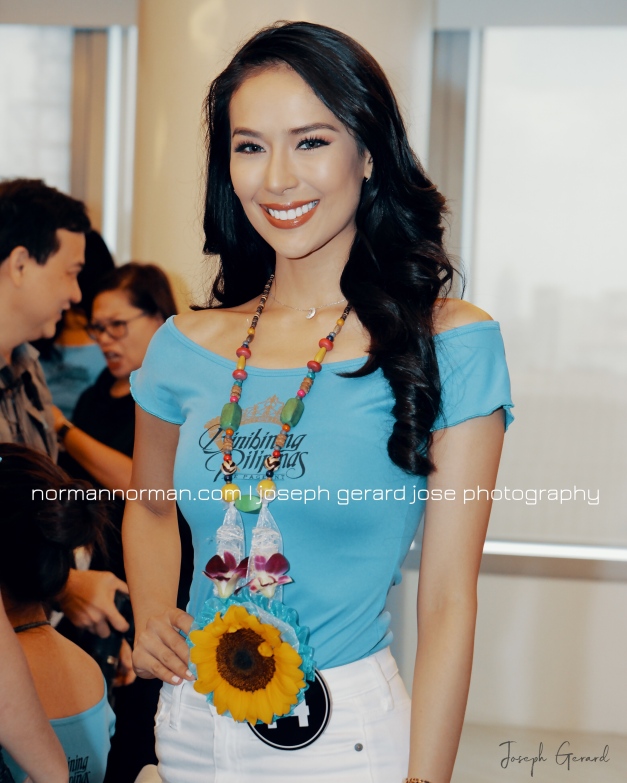 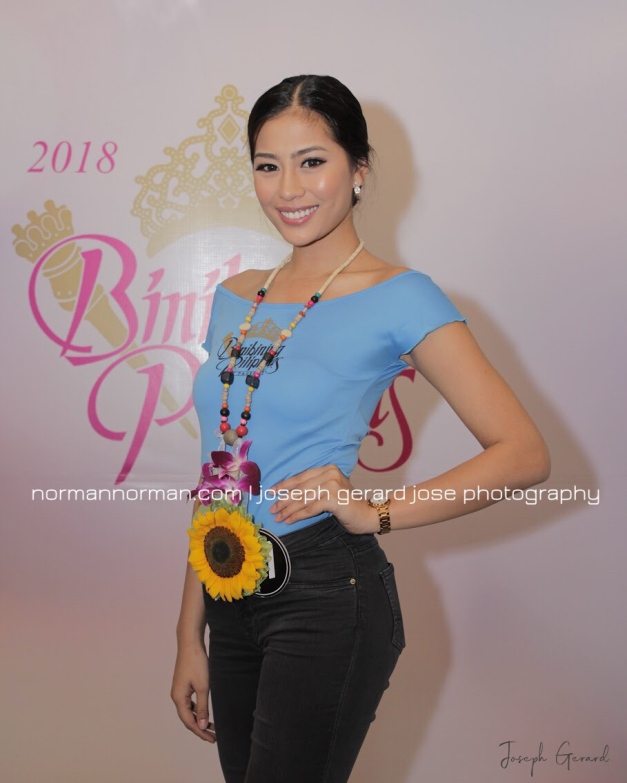 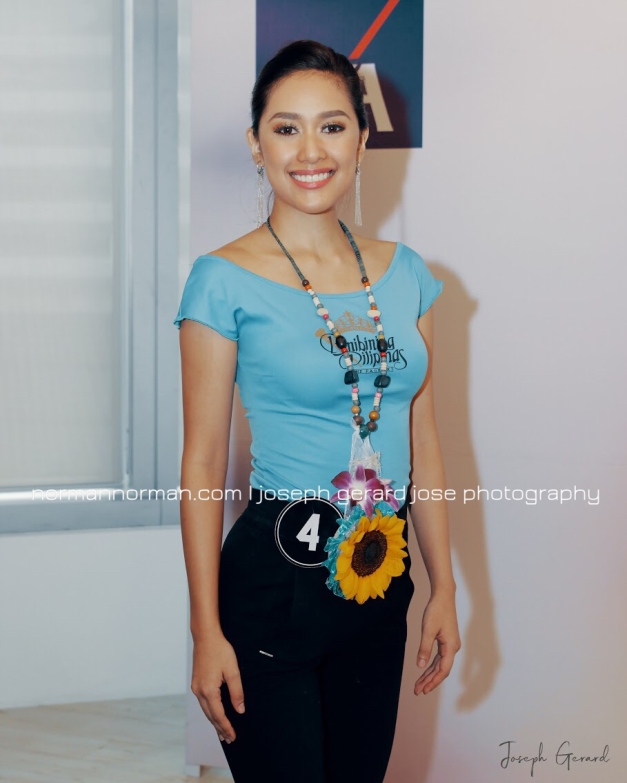 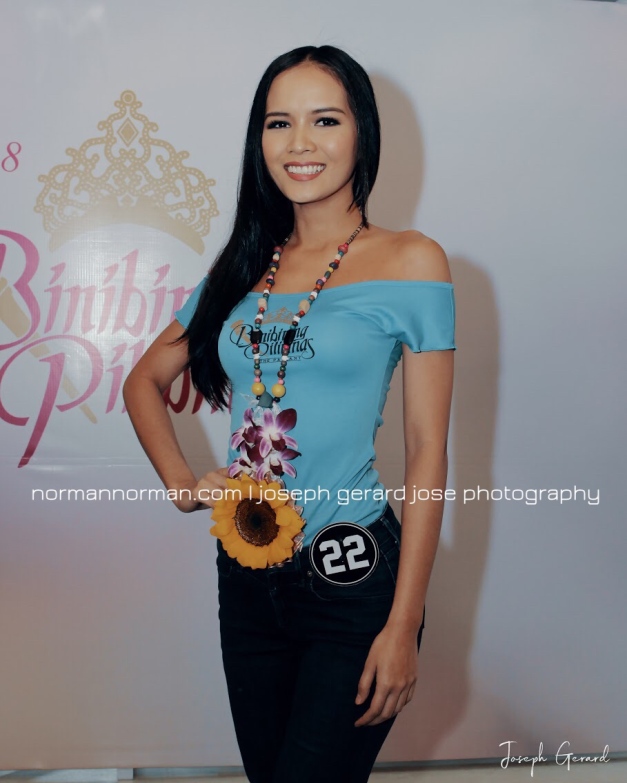 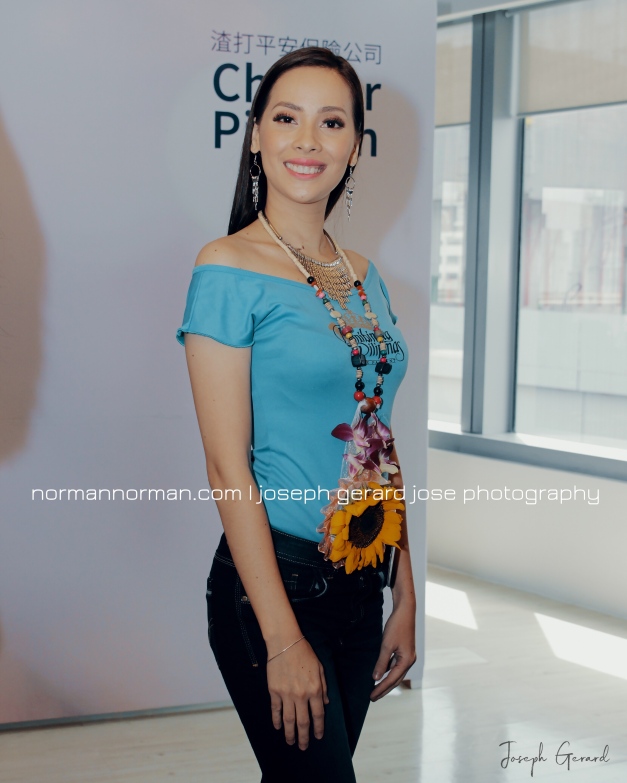 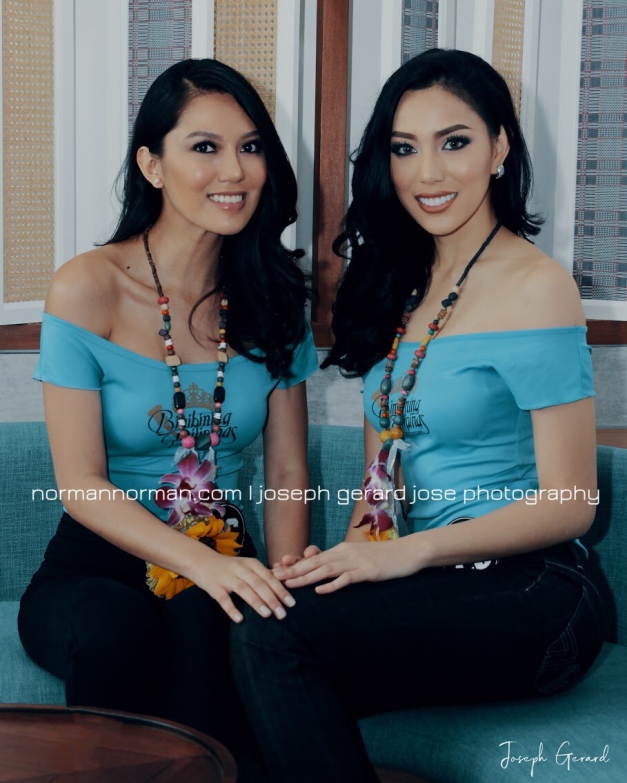 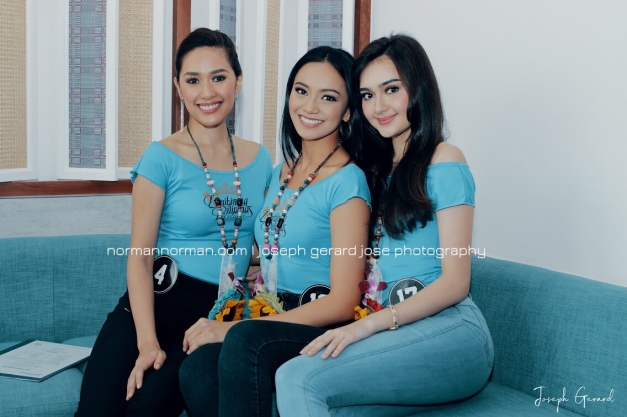 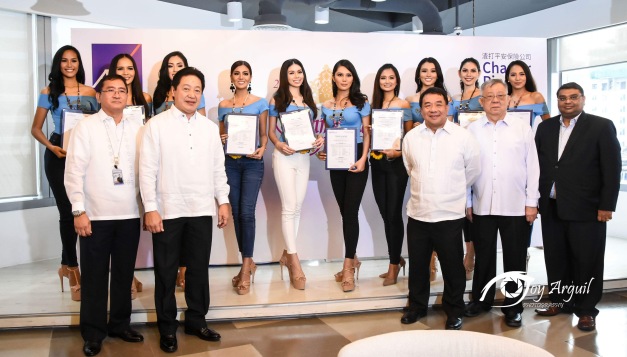 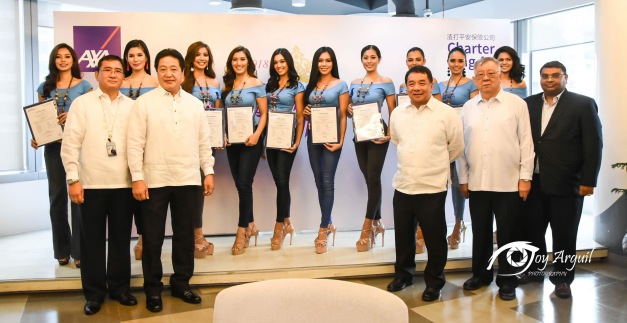 At exactly 11am earlier, the forty Binibinis of Bb. Pilipinas 2018 arrived at the Headquarters of Charter Ping An Insurance/AXA Philippines for a Sponsor Visit where each one of them were awarded P500,000.00 worth of Personal Accident Insurance. They were also briefed on how to plan for their future financial security – something that everyone eagerly and attentively listened to.

After a short program, sumptuous lunch buffet was served before photo ops with officials and employees of the two companies followed.

Team normannorman.com would like to thank Ms. Donna Marcelo of AXA Philippines for the exclusive coverage invite given to Joy Arguil, Joseph Gerard Jose and I.

Here are more photos from the said visit. 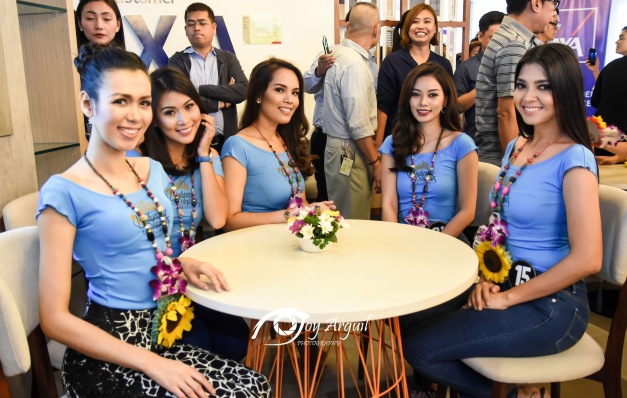 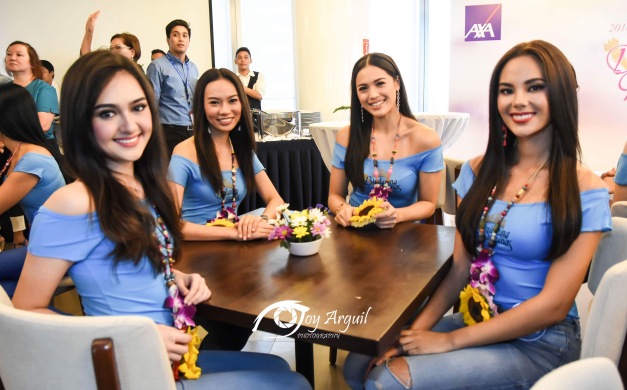 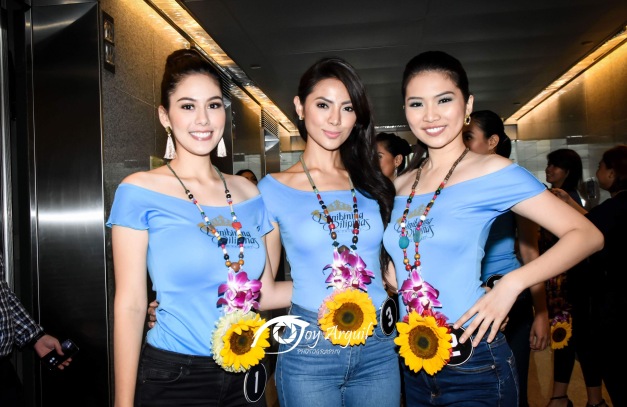 In the Spotlight: Your Binibini 7 Sigrid Grace Flores

Your Binibini 7 Sigrid Grace Flores of Catanduanes always looks glammed up and pageant-ready on the outside. But if you get to know her better, the kindness and genuine quality in her character are far more admirable. A part-time Missionary before getting immersed in this year’s nationals, she is part of Sons & Daughters Foundation which focuses on a number of charitable activities while encouraging people to be of selfless service to others in the process.

“My desire to be a Binibini and a queen is deeply rooted on three reasons. Firstly, my personal advocacy matches the mission and vision of BPCI that if given an opportunity, I want to collaborate with BPCI so together we can touch people’s lives one region at a time here in the Philippines. Also, I want to raise the bar for everyone in the Philippine pageant world that it is about time for beauty queens to show people that we are not mere beautiful faces but beautiful faces with good sincere hearts to offer. Lastly, I want to give my advocacy the podium it truly deserves. I am an advocate of philantrophic leadership. My vision is to help people who have the heart to start their own charitable movements but just happened to have limited or no support, resources and connections. The objective is to help create movements that are dedicated on loving people radically. So we can love on the entire world one movement at a time. These are the things that fuel my fire to go for the Binibining Pilipinas crown.” 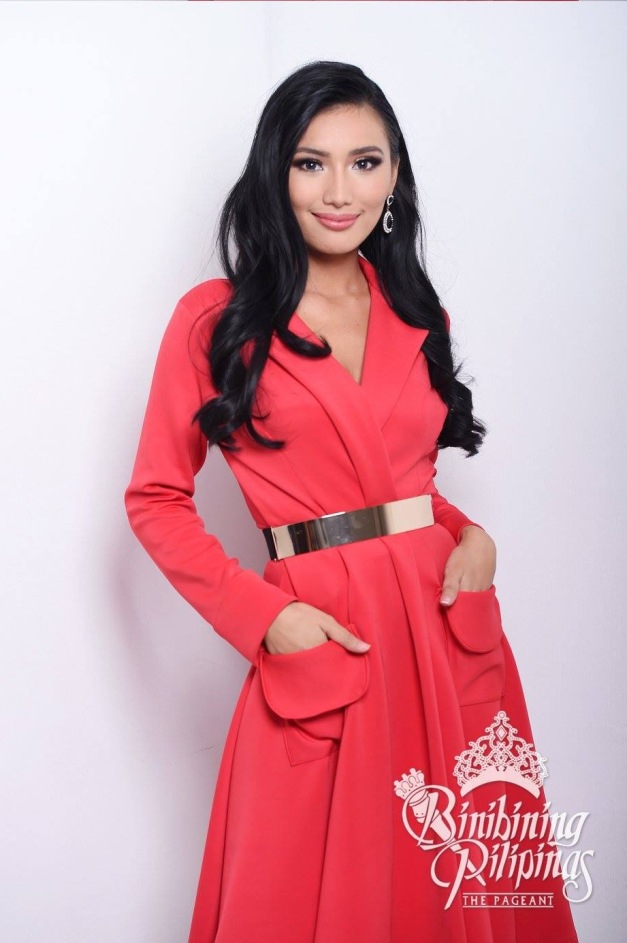 Will this be her edge to perform well in the contest?

“The edge could be a deeper understanding of my purpose. I am a missionary and a philanthropist. I completed my missions course in Cambodia 2 years ago and I also have been involved in charitable works in the past 4 years. My heart has always been for love and service and for me that is the real spirit of a beauty queen. I long to be a language of hope and a representation of love to the people whose lives I can touch if crowned as Binibining Pilipinas. Knowing your life purpose is the first step toward living a truly conscious life. A life purpose provides us with a clear goal, a set finish line that you truly want to reach. This is my drive, this is my edge.”

Let us watch the personal interview video of Sigrid now.