Janine on the screen of Wells Fargo's ATM around the US.

…think of Janine Tugonon. And she will suddenly appear right on the machine’s screen (see left photo).

You see, the Miss Universe 2012 1st Runner-Up clinched a gig with Wells Fargo to appear in one of their ad photos for the Path To Credit campaign of the bank. And the image now regularly appears in all of its ATMs around the US.

I think it’s cool. And it only goes to show that she continues to get modeling jobs out there. Big or small, the important thing is that she’s eking out a living while still trying to look for her proverbial place under the sun.

Always keep us in mind, Janine. We like getting fresh new updates about you. 😉

The Latinas of Miss International 2014: Who are your Top 3?

Except for Miss Spain (4th from left), the remaining girls are all from Latin America (left to right): Panama, Guatemala, Venezuela, Nicaragua, Peru, Paraguay and Mexico

In any global beauty competition, the candidates from Latin America always seem to have the most attractive (and most prepared) set of contenders. And Miss International 2014 is no different. In fact, there are already potential winners in the list of almost-twenty joiners from the region.

If you ask me, I would consider Vianey Del Rosario Vazquez Ramirez of Mexico, Zuleika Kiara Suarez Torrenegra of Colombia and Michelle Bertolini of Venezuela as the three best Latina delegates. But if I push for a Top 5, I would definitely include Aileen Bernal of Panama and possibly Fiorella Ximena Peirano Medina of Peru.

Since there will only be a Top 10 during the finals this year, though, a good number of casualties in the Spanish-speaking bloc is in the offing.

So who among them are shoo-ins for the semifinals? Or alternatively, how many girls from Latin America will enter the Top 10? Share your initial choices now. 😉

The Miss International 2014 contestants during their sushi party inside Sushi-Zanmai in Tokyo.

It was a happy tummy-filling sushi party that all the Miss International 2014 contestants went to last night. And they couldn’t be happier as every single one of them has been looking forward to something authentic like this from Day 1.

After arriving at Sushi-Zanmai, they filled up all the tables and did not wait long for their dinner treats to be served. Never mind that the video cameras continued to roll even if they might be caught opening their mouth while eating the delicious food in their individual bento boxes. The experience was all worth it.

And after the burps and all, they posed for a souvenir group shot for the pageant’s FB page and the restaurant owners themselves. Everyone went back to the hotel tired after a day’s worth of activities but full and satisfied with the yummy ending. 😉 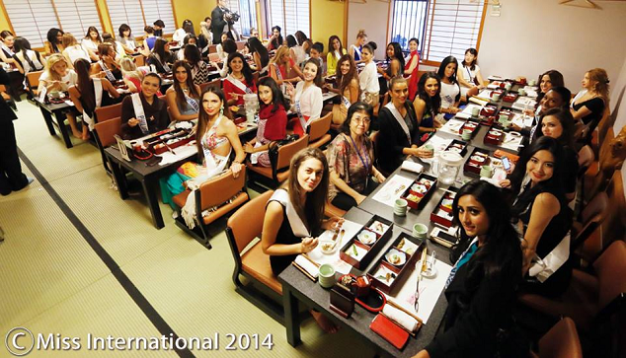 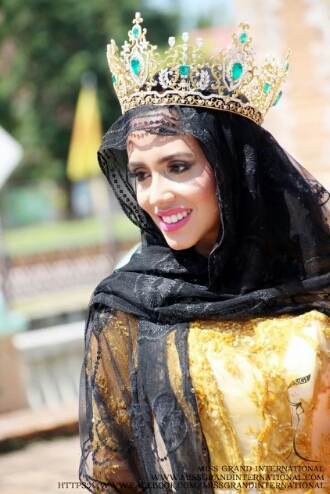 In living up to the vision and mission of Miss Grand International, recently-crowned winner Daryanne Lees Garcia was accompanied by Mr. Nawatt Itsaragrisil to start with the host country itself in spreading peace and goodwill. The two of them started with the Muslim areas of Thailand to forge friendships and hopefully strike a chord of unity. Sounds like a mighty objective at the onset. But without any sincere attempts to do so, efforts will only go to naught.

Some jaded individuals may look at the photos in this post as purely for show or photo opportunity to blend well with the anti-war thrust of the pageant. Regardless, there still must be some good ounce of well-meaninged intentions to do the same. 🙂

Just when everyone thinks that it’s all Miss International, Miss Earth, Miss Intercontinental, Miss Supranational and Miss World that we should be posting about nowadays, here’s a new one on our Miss Universe Philippines 2014 MJ Lastimosa who will actually be the last major pageant fighter to see action for the country. But that doesn’t meant cutting herself more slack in preparations. On the contrary, she continuously pushes herself to the limits in all aspects of training – be it in the gym with Bench Ortiz or in the make-up sessions with Gio Flores or the Q&A/Interview one-on-ones with Oli Sara.

No letting up, especially now when so many important things are at stake. MJ won’t be fully happy with the numbers 2 and 3 associated with her. Not even the prospects of becoming the very first Filipina 2nd Runner-up placer in Miss Universe will do. She wants to be #1. 😉

MJ in a selfie so delicately taken...

One of the friendliest, our Bianca 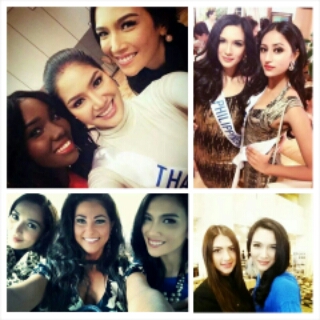 More pics with the ladies

Okay, before you guys assume that I simply gathered all Bianca’s pics and placed them on grids to come up with a fresh topic for the day, there is a good basis for everything.

“She is such a genuine and sweet girl!”
“she is I think the friendliest around”
“She is one of my besties!”
“Just love her!”

These are just some of the comments I got from FB chats with other contestants about our Bianca Guidotti. If she keeps it up, I see every reason for her to become the Friendship award winner.

Miss Philippines Bianca Guidotti and Miss Netherlands Shauny Bult are like the best of friends in MI2014 now. They might even compete for the Friendship Award!

Wouldn’t it just be so heartwarming to see a truly amicable lady take it all the way and win the Mikimoto crown? Miss Philippines is clearly putting her best foot forward with the candidates. And it’s not all for show, mind you. 😉

courtesy of The Emerald

Now we know which pageant the Russians prefer Due to the tight dates in between Miss World and Miss Universe, a different Miss Russia will go to London as a result. 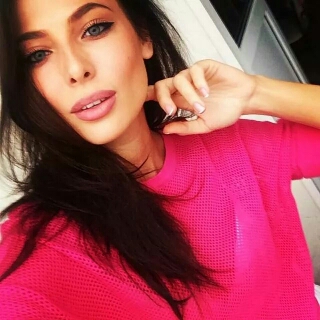 Yulia will be hard-pressed to take part in both MU and MW.

And so it came to pass.

The first of the twice-to-compete national pageant winners has finally caved in to the pressure of time.

Miss Russia 2014 Yulia Alipova just couldn’t participate in both Miss Universe 2014 and Miss World 2014 with barely a month in between to move from one to the next.

And guess where she is being sent? To Doral Miami, as expected. It’s a simple case of opting for Trump over Morley. 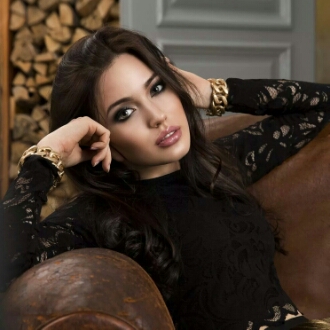 It makes me wonder how this turn of events will sit with the Miss World Organization. Only two possibilities, in my opinion. Either Anastasia will do well in London for goodwill’s sake or she will just be a candidate going through the motions of representing her country but without the slimmest of chances to even place. Whatever happens, we might get to see two separate Russian ladies being crowned for MU and MW next year.

As for Yulia, she should figure out prominently in Miss Universe. After all, the Russian organizers have made it clear who is #1 for them.

Pageant and politics. Really strange bedfellows, especially after the third wheel has been kicked out of the mattress.

So will Rolene Strauss of South Africa holler next? 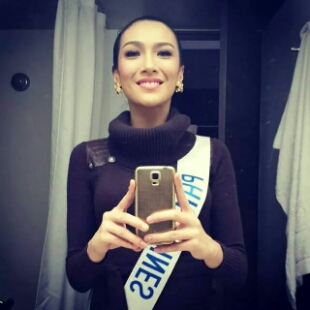 Who looks better - Bianca or the food above?

Sometimes, the sense of humor of Miss Philippines Bianca Guidotti amuses me. Just like tonight.

The Miss International 2014 contestants were treated to an authentic sushi dinner. And each one of them were given a bento meal to go with the yummy rolled rice Japanese delicacies. At first, she didn’t want to break the delicate arrangement of the food inside the box. She took a picture (see above) of the same before putting her chopsticks into action. But not before uploading the image and putting the hashtag #MyFoodLooksBetterThanMe

I changed my mind about what’s on the dining table tonight. Good thing there’s a nearby Japanese resto that delivers on the dot. Time to feast on my sushi platter now. And the Sea Urchins (Uni) are all mine. Yum! 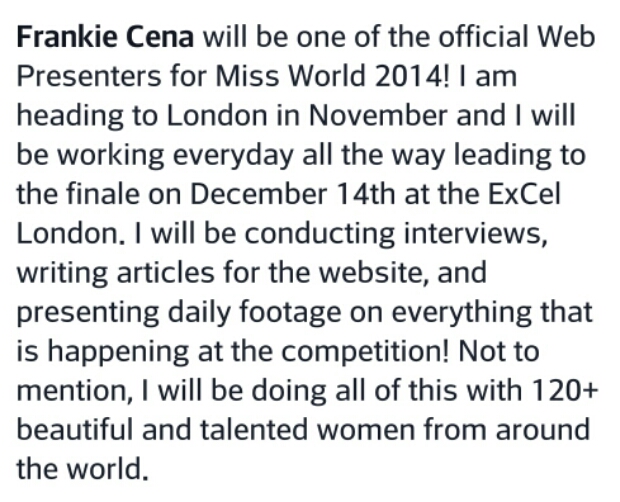 Someone is all set to do a Gwendoline Ruais and Jennifer Reoch. But this time, the one doing a job is a he. You will remember him from Mr. World 2012 where he made the Top 10, and from Mr. World 2014 alongside Miss World 2013 Megan Young as finals host.

Frankie Cena will be the Miss World 2014 Web Presenter in London. And he will have the enviable job of following all the ladies in their activities and conducting interviews along the way. What’s more, he might also get the chance to facilitate some of the pre-pageant events.

That’s the kind of work I like. Sign me up if there’s a need for an understudy, Frankie!

See more of this Canadian guy as he appears in all the web videos of Miss World 2014. 😉

Photos from the Aoi-Ryu Dance School

Below are photos of the Miss International 2014 contestants during their visit to the Aoi-Ryu Dance School to learn the Traditional Sakura. If you want to see the other images taken by Kenji Yutani for Missosology, click HERE.

A photo of Bianca and Michelle with the other girls (Photo credit: Kenji Yutani for Missosology)

Effin of Indonesia with the other girls (Photo credit: Kenji Yutani for Missosology) 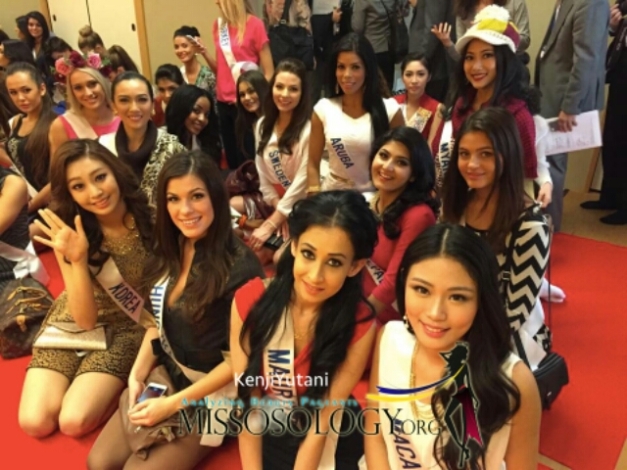 Group photo of the ladies with Bianca on the 2nd row (Photo credit: Kenji Yutani for Missosology)