As if it’s not enough that she was getting lukewarm media mileage from the time she was crowned, it’s sad that Miss Universe 2019 Zozibini Tunzi continues to experience hurdles in her reign, what with the #COVID19 pandemic spoiling whatever foreign travels she may have been invited to during this period. It’s good that she was able to make the trip to Indonesia, appeared during Puteri Indonesia 2020 and filmed her TVC for You.C1000. Below is a message she recorded for everyone amidst all that is happening right now.

“Together We Heal” Donation Drive 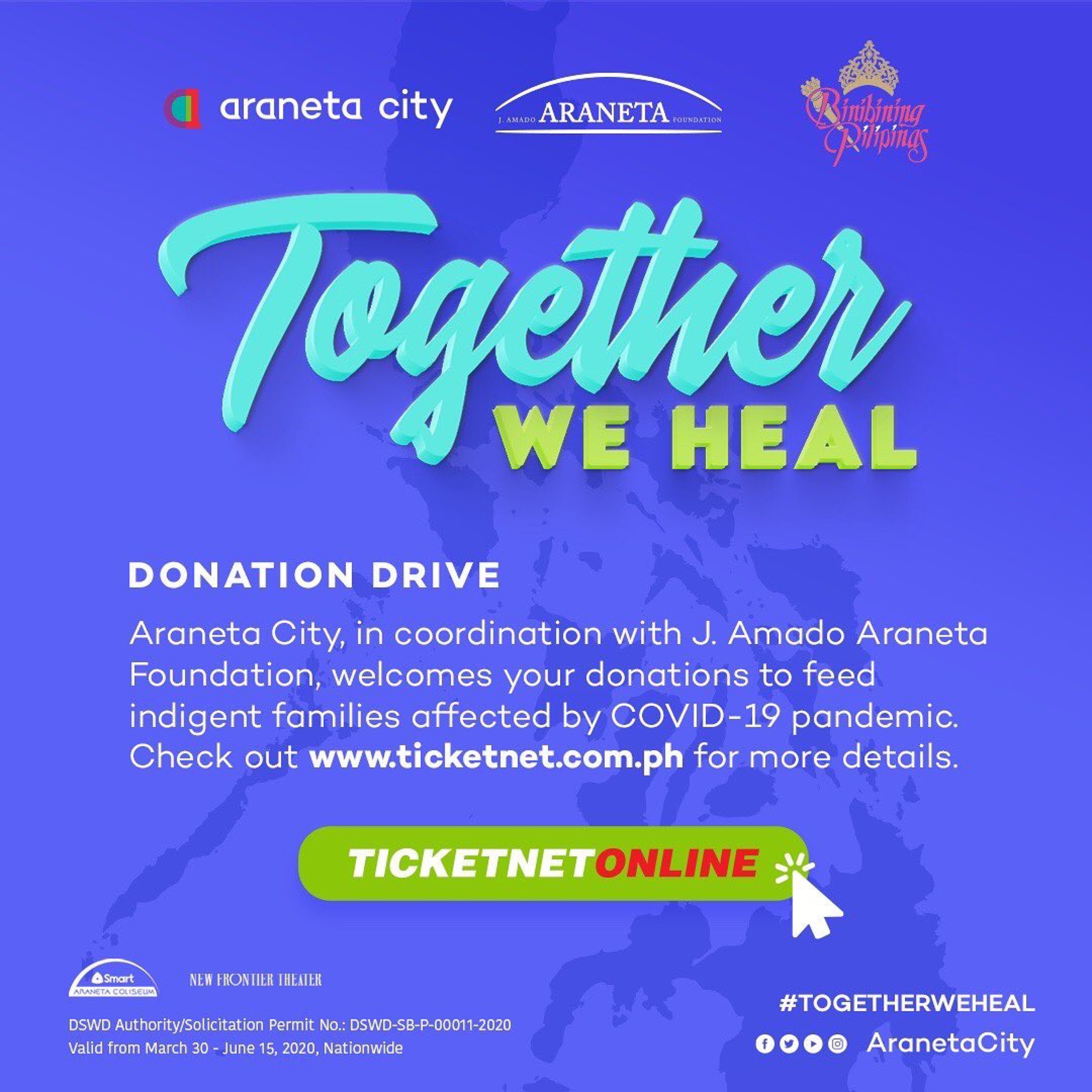 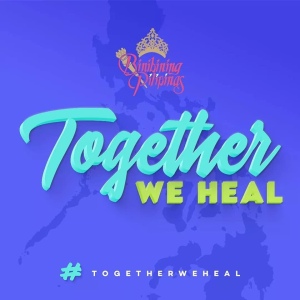 Given the difficult situation we are all facing, we ask your generous hearts to help Araneta City and J. Amado Araneta Foundation – JAAF to provide the most essential needs for children, individuals and families greatly affected by the pandemic. All donations are much appreciated. No amount is too small. This is a great opportunity to show that we could be men and women for others. Visit http://www.ticketnet.com.ph for more details.

I had fond memories of Miss Earth 2001. Aside from the homegrown international pageant’s inaugural edition, it was also my first international coverage as pageant media. I was still part of Mabuhay Beauties then – several years before I even started blogging independently.

I can remember the official residence of the delegates being the – now gone – Intercontinental Manila along Ayala Avenue. It was the one and only time that the said hotel hosted/sponsored ladies for a pageant. What’s more, some of the pre-pageant activities were held at the Manila Polo Club. Finals was held at the UP Theater.

As for the batch, Catharina Svensson of Denmark was a standout – both physically (read: tallest) and intellectually. She was not the most gorgeous (her three elemental runners-up from Brazil, Kazakhstan and Argentina were more eye-catching, but the minute she speaks, everyone listened. She was the most convincing spokesperson for Mother Earth all the way to the Grand Coronation.

Below are two video clips from the inaugural finals. 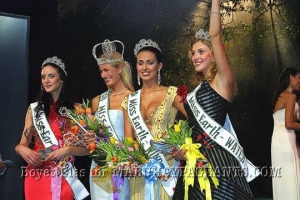 Miss Earth has come a long way from 2001. And in terms of annual candidates, ladies from all over the world flock to be part of the beauty and environmental extravaganza. This inspite of encountering a number of major intrigues in the past that Carousel Productions and its officers were able to hurdle with head held high.

In what was the first breakaway title from Bb. Pilipinas, the franchise of Miss World had a changing of guards after the 2010 edition (which left Bb. Pilipinas World 2010 Czarina Gatbonton with no actual successor to crown during Bb. Pilipinas 2011) where a dedicated national pageant was staged at the PICC for Miss World Philippines. It was a momentous inaugural edition under Cory Quirino which saw the winner getting a cool million pesos, a condominium unit from SMDC, a GMA7 management contract and the right to represent the country in London for Miss World 2011. Gwendoline Ruais was an unstoppable force in that batch. Aside from a statuesque height, she articulated herself well and possessed the X-factor that could be the winning formula in getting the blue crown. And she almost did after placing 1st Runner-Up to Ivian Sarcos of Venezuela. It won’t be for another two years before the country won its first Miss World crown, but that is topic for another entry during this throwback-filled home quarantine period.

In the past, the Philippines has already made a go of conducting a beauty pageant via reality TV. “Pinay Beauty Queen Academy” was one of them. While the concept was met with lukewarm response from many, it still went on for more than one season until the entire idea of continuing the series stopped. Over in Indonesia, they are selecting the country’s next representative to Miss Grand International in this manner. The slight difference is the approach of doing things similar to Asia’s Next Top Model. Do check out Episode 1 of Miss Grand Indonesia 2020 below.

An invitation from Bella Ysmael

“Hi Everyone, I am going to be a part of a webinar tomorrow by Forth Co., a startup business I’m supporting. The webinar is on mental health and they asked me to be one of the panelists to talk about mental health and how to care for our mental well-being during this time of crisis 😊 I hope you guys can watch tomorrow at 7pm! 😊❤️”

Here’s the link where you can sign up to catch the online panel discussion:

Bb. Pilipinas 2005: The batch that produced our fourth Miss International

There are three things worth remembering about Bb. Pilipinas 2005. First, it was the only edition where a candidate – Wendy Valdez – was crowned Bb. Pilipinas Tourism first and then declared as 1st Runner-Up during the official announcement proceedings. Second, the first recognized national titleholder who crossed over and won another crown – Bb. Pilipinas World – was here. She is Miss Philippines Earth 2001 Carlene Aguilar. And lastly, it was the batch that produced the true shining star of the Philippines in international competitions – not just for the years 2000-2009 – but including two previous decades – the 80s and the 90s (do remember that Miss International 1979 Melanie Marquez was the last big winner before 2005). When Precious Lara Quigaman was crowned Bb. Pilipinas International 2005, she eventually became the country’s fourth Miss International winner in Japan. 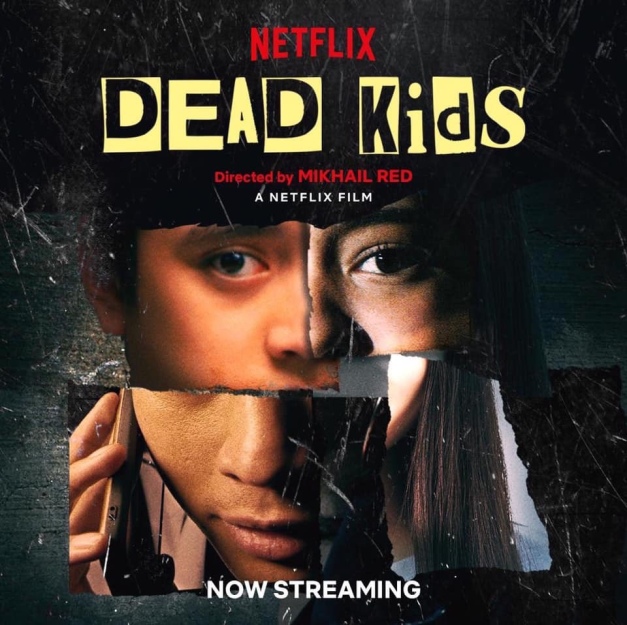 I very rarely recommend Pinoy films to watch but this is too good to pass up on. Since a large number of people I know spend their home quarantine watching Netflix, check out DEAD KIDS. This is the first Netflix-produced movie from the Philippines. And it sure didn’t disappoint. You will get to see the most authentic characterizations of young millennials in a movie, but with the envelope pushed so much further.

Time was when the only recognized international beauty pageants around the world are Miss Universe, Miss World and Miss International. The very first winners were Armi Kuusela of Finland, Kiki Håkansson of Sweden and Stella Marquez of Colombia, respectively. But it didn’t take too long before these competitions started appreciating Asian beauties as winners. Below are highlights of Miss Universe 1959 won by Akiko Kojima of Japan, Miss World 1966 dominated by Reita Faria of India and Miss International 1964 where our very own Gemma Cruz proved to be the best in that edition. Miss World 1966 Reita Faria of India Miss International 1964 Gemma Cruz of the Philippines

Bb. Pilipinas 2003: When the stars aligned for Carla Gay Balingit 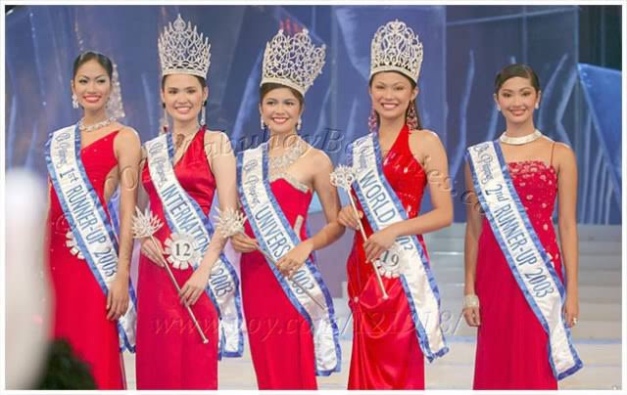 2003 was the Bb. Pilipinas year that offered both expected results and a major unanticipated surprise. Both Bb. Pilipinas World Maria Rafaela Verdadero Yunon and Bb. Pilipinas International Jhezarie Javier were already on my radar then as sure winners, with Noella Evangelista as the lady who could have completed the troika. Lo and behold, a petite Kapampangan Binibini – Carla Gay Balingit – upended the favorites and earned the crown that brought her to Panama as the country’s representative during Miss Universe 2003. No offense meant to her – but as soon she as was crowned Bb. Pilipinas Universe 2003 – my hopes were dashed of even making it to the first cut in the bigger competition. She is pretty, but being simply pretty just doesn’t cut it in MU. Just imagine standing beside Amelia Vega who won that time. I was really hoping then that Mafae would take BPU. But she was meant to do us proud in Miss World where the Philippines achieved a Top 5 finish.