Our three Goddesses on the cover of Preview’s May 2013 issue.

The latest issue of Preview Magazine would have more appropriately been released last month just in time for Bb. Pilipinas Gold. At any rate, the cover – showing Venus Raj, Shamcey Supsup and Janine Tugonon garbed in Burberry and all made-up in gold skin tones – shows how drop-dead gorgeous our Miss Universe representatives are for the past three years.

While we can no longer linger that much (perhaps another feature after a relatively longer interval from hereon) in continuously boasting of their achievements, it certainly can’t be helped. The inspiration they provide to countless Filipinas and the Philippines as a whole is one intangible result other pageant-loving countries in the region can only hope to approximate even for just one edition or two of Donald Trump’s pageant. And that could be why there is now a target on the back of our new rep, Ariella Arida.

Anyways, check out your favorite bookshops or newsstands for Preview’s latest ish to get a copy. I’m sure you will love the inside spread of the ladies even more. 😉

During dance rehearsals for Nuestra Belleza Latina, the Osmel Sousa fainted and had to be rushed out to the hospital. We hope everything is alright with the beauty meister now. The man works non-stop and he needs to take some stress-free rest period in the meantime. Get well soon! 🙂

Being Bb. Pilipinas runner-up – and a lone lady in waiting at that – has its benefits. Aside from getting her feet safely inside the inner circle of winners, she gets to train and make personal appearances with the titleholders for one whole year.

And Pia Wurtzbach will most likely utilize the advantages to improve herself more with the near-term possibility of re-joining next year to hopefully snatch the Miss Universe Philippines she wanted in the first place. Of course, nobody can give absolute guarantees in achieving the same. But there are already precedents that should make it doable. What’s more, getting into the good graces of Madame Stella Marquez de Araneta is inevitable.

Should Pia follow the compliance manual to the letter, then I see no reason why a 2014 candidacy would be far-fetched. So what say you, Miss Wurtzbach? Same time, next year? 😉

For those who still want to grab a copy of the Bb. Pilipinas 2013 Souvenir Program, you can go to one of the selected National Bookstore branches (indicated on the left) and buy yours at just P150.00 per copy. It is a worthy addition to your pageant memorabilia. And for those in the provinces, don’t worry. It will soon be distributed nationwide via NBS as well. 🙂 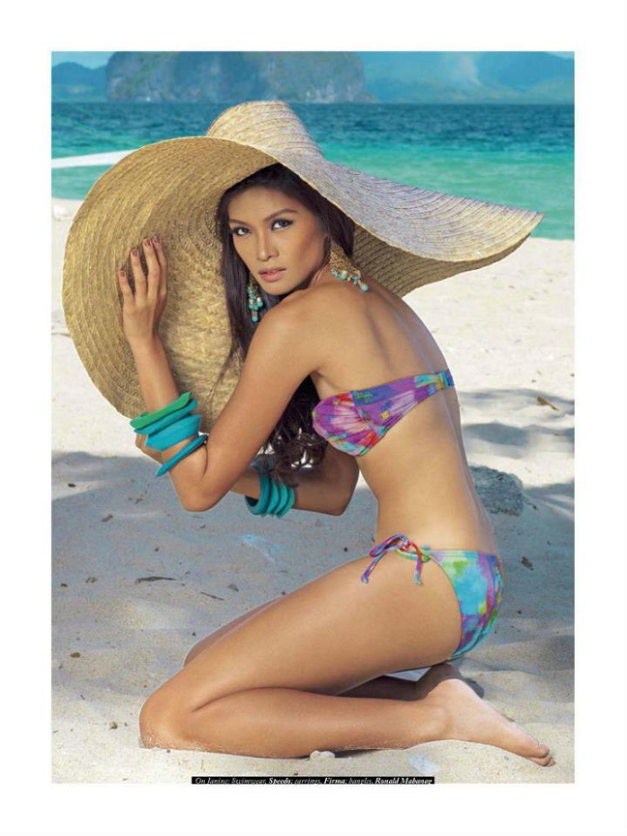 Miss USA 2013: Who are you feeling among the girls? 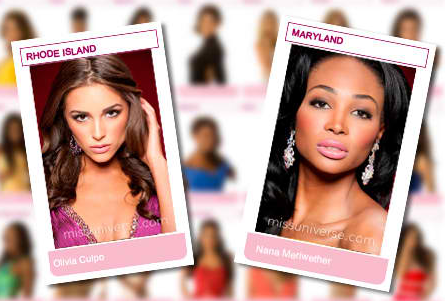 With the reigning Miss Universe (Olivia Culpo) coming from the USA, there will be special interest in their candidate this year. Will another Top 5 finish await the winner of Miss USA 2013? Not an impossibility given the fiercer line-up of 50 state representatives (plus D.C.) who will vie for the crown on the head of Nana Meriwether (who replaced Olivia last December) this coming June 16 at the Planet Hollywood Resort and Casino on the Las Vegas strip.

There are actually a lot of promising ladies in this batch. And I wouldn’t be surprised if any of the following fifteen (15) contenders figure out well in the finals. In alphabetical order, they are the ones I’m liking so far.

Coronation night is not until 50 days from now so there will still be a string of ups and downs on who will consistently shine brighter than the rest. Let’s see who will take it all the way. For now, check out all 51 delegates and share the ones you fancy at the moment. 😉

On being Charmaine Elima 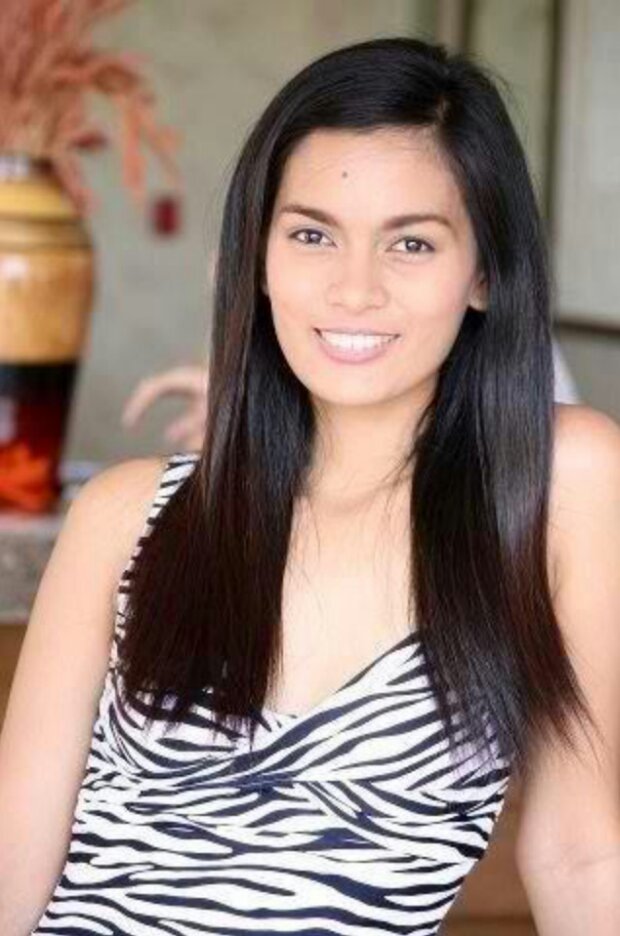 Charmaine in her most relaxed state

It ain’t easy being Charmaine Elima.

Just consider the pot-boiling pressures this 20 year-old went through in the recently-concluded Bb. Pilipinas 2013 and you will agree that she had the weightiest block of expectations on her shoulders during finals night.

Almost everyone placed a bet on her (including this blogger). The few who didn’t keenly fixed their eyes on her every move, waiting for that one crucial moment that will spell disaster in her bid. And the unthinkable happened. Going into the Top 15, all ears awaited for the Q&A. With judge Gabby Lopez asking her a simple but tricky question on what should be kept in private amidst the techie-ridden world of social networking, she caved in to her nerves and dished out a reply that was anything but confident. ‘Personal intentions’ (to effortlessly win a crown) got in the way and the road just got rockier with every word she spoke. Victory turned into a slippery eel from that point.

As the reigning Miss Mandaluyong, Maine can fulfill her responsibilities as the city's ambassadress for now.

I could hazard a guess that Charmaine herself was no longer expecting a win after the answer she gave. Two things could be running in her head during the announcement of winners. Either the pressure is starting to ease off her back knowing that she is not going to get a crown anymore or the even bigger pressure has already started sinking in on how to face her family, friends and supporters without one.

One way or the other, I still salute this girl for keeping her head held high in the dying minutes of the fray. Being young and promising as she is, joining the same competition next year is something she should seriously consider. Otherwise, she can take stock of her limitless options for growth. Having earned her college degree Hotel & Restaurant Management with distinction, she can embark on a non-pageant career and use her charm/beauty to net a job that can invite more successful achievements in the near future.

After all the highs and lows of Bb. Pilipinas 2013, she deserves a restful break for now. Whatever Charmaine ends up doing, I sincerely wish her the best of luck. 😉

Show your support for your favorite Miss Philippines Earth 2013 candidate by voting for her as Miss Photogenic in the ongoing competition. You can click HERE or visit the pageant’s website.

Please indulge me if I can’t stop featuring Mutya Datul. This young lady simply touches me in the right places (and it’s not what some of you might think). 😉

But when was the last time you witnessed a Bb. Pilipinas winner cried unabashedly on national TV? And it wasn’t just an Eye-Mo filled or crying-but-non-lachrymal-gland-inducing moment. Those are real tears of joy (photo above) flowing down her cheeks. It only means that she was supra-grateful for having achieved something so great and meaningful. It also shows her heartfelt sincerity.

Have we seen the last of Parul and Hannah?

Parul Shah and Hannah Ruth Sison are two of the major casualties in Bb. Pilipinas 2013. While the former made it to the Top 15 Finalists, the latter fell by the wayside and was left cheering for her advancing co-candidates. Just when it looks like one of them would land a spot in the honor roll, her fans, friends and family members were silenced after the winners were announced with no Binibini 33 called to centerstage.

Where do they go from here? Back to normal non-pageant lives or to the drawing board planning another move to join? If you ask me, Parul should definitely consider a second attempt at Bb. Pilipinas next year. But if eagerness and impatience take over, then she might want to make the beeline for Miss World Philippines 2013. I still have faith in her winning potentials.

On the other hand, Hannah strikes me as someone who gave Bb. Pilipinas her best shot and would not settle for a beauty contest ranked 2nd or 3rd to the same. I could be wrong. So if she disproves my assessment, then count me in for moral support. Some people feel that she tends to be too smart for her own good. Nonetheless, her learning experience from the same will serve to streamline her next participation if ever.

So have we really seen the last of Parul and Hannah? Mentor Rodgil Flores can answer that more confidently. 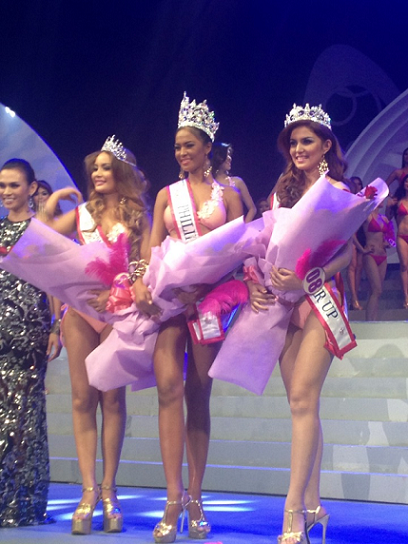 Something must really be about water or water-related places/activities that brings good luck to Janicel Lubina. Last year, she was crowned Miss Scuba Philippines. This year, she continues the conquest by succeeding Abbygale Monderin as the new Miss Bikini Philippines. As a result, she will represent the country once more in either Miss Bikini International (in China) or Miss Bikini World (in Europe). And if all goes well, she might even do better than duplicate her runner-up placement in Miss Scuba International 2012. So I say, send her to Europe where her type of beauty will glow and be noticed even more.

Just a thought…would Janicel have been just as successful with the water-celebrating Miss Philippines Earth 2013? 😉

Anyways, Congratulations to all the winners! 😀