In what is undoubtedly the biggest prize money in any Philippine Lottery draw ever, one bettor from the Central Luzon province of Pampanga, Philippines correctly matched the six winning numbers of the Grand Lotto 6/55 last night and will have the most fantabulous Christmas of his/her life. The lone winner placed a P20 bet on the numbers 11-16-31-37-42-47 and won! For his extreme luck and all, the rewards are mind boggling – P741,176,323.20 (or roughly US$16.7 million)!!!

Hopefully, the winner will make good use of the big win and live happily ever after (unlike some previous winners who got rich quickly, spent almost everything in reckless abandon and are now back to the reality of meager living).

Anyways, congratulations are in order – whoever you are! Your life will take a 360 degree turn from this point on so you’d better take extra care of yourself and your loved ones. 😉

I love movies that intrigue and excite me to no end. And after learning that Darren Aronofsky (one of my favorites) is the director, my level of excitement shot up even more. Black Swan is the title of the movie and according to IMDB and Fox Searchlight Pictures, here is the storyline:

Nina (Portman) is a ballerina in a New York City ballet company whose life, like all those in her profession, is completely consumed with dance. She lives with her obsessive former ballerina mother Erica (Hershey) who exerts a suffocating control over her. When artistic director Thomas Leroy (Cassel) decides to replace prima ballerina Beth MacIntyre (Ryder) for the opening production of their new season, Swan Lake, Nina is his first choice. But Nina has competition: a new dancer, Lily (Kunis), who impresses Leroy as well. Swan Lake requires a dancer who can play both the White Swan with innocence and grace, and the Black Swan, who represents guile and sensuality. Nina fits the White Swan role perfectly but Lily is the personification of the Black Swan. As the two young dancers expand their rivalry into a twisted friendship, Nina begins to get more in touch with her dark side – a recklessness that threatens to destroy her.

Below is the official HD trailer of the movie:

Black Swan from Fox Searchlight Pictures will open on limited release in the US starting this coming Friday, December 3. It will gradually expand in the succeeding weeks leading to Christmas. The movie is directed by Darren Aronofsky from a screenplay by Mark Heyman, Andres Heinz and John J. McLaughlin. Natalie Portman stars as the Black Swan, together with Mila Kunis, Vincent Cassel, Barbara Hershey and Winona Ryder as the Dying Swan.

I hope the movie gets to be shown in one of the Ayala Mall Cinemas even just for a short period of time before or after the holiday break. Can’t wait for this! 😉

The Amazing Race Asia 4: And then there were 3!

For those who might have missed the episode this week, I’ve taken the liberty of posting the four-part video that revealed the Top 3 teams of The Amazing Race Asia 4 who will race for the USD100,000.00 top prize.

I’m bummed that Jess & Lani were eliminated, but still hopeful that the Richards (Rich Hardin & Rich Herrera) made it to the very final leg. I will surely be rooting for them!

Here are the three teams who will vie for the big moolah of Season 4: 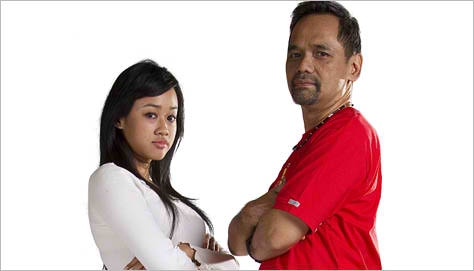 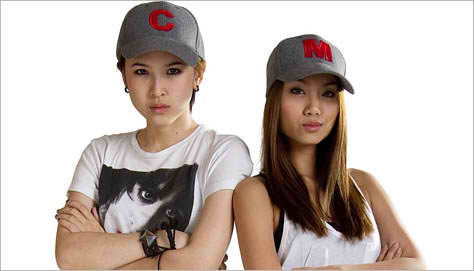 Who do you think will win? Well, your guess is as good as mine!

You can vote for Miss Earth Photogenic in Miss Earth 2010. Just click on the image above (Tereza Budkova of the Czech Republic, Miss Photogenic 2009), select the candidate you wish to support and then submit your vote,. It’s that easy!

You have until the stroke of midnight of November 30, 2010 to do so. The winner will be announced on Coronation Night come December 4 from Nha Trang, Vietnam.

Alternatively, you can click this LINK to go straight to the voting page.

After making the rounds of Vietnam’s urban cities, the 82 official delegates of Miss Earth 2010 finally arrive in Nha Trang which will host the finals of the pageant come December 4, 2010. The ladies are now enjoying the resort city – while staying at the plush Vinpearl Nha Trang Resort & Spa – to the fullest as you can see in the pictures below: 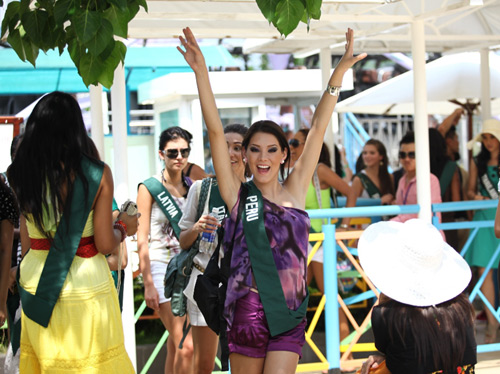 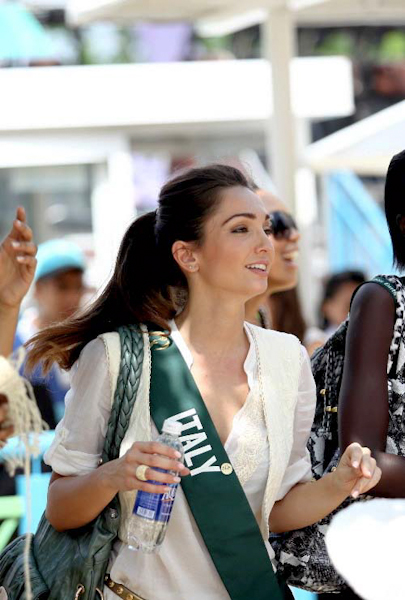 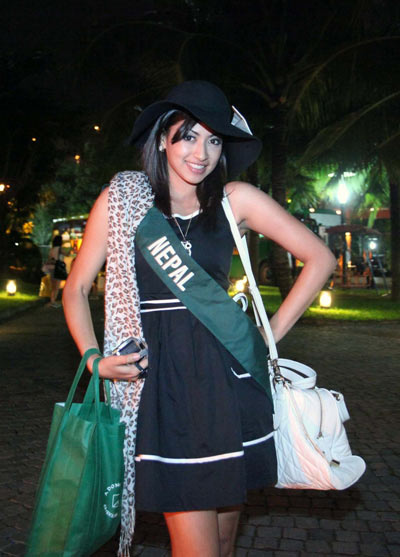 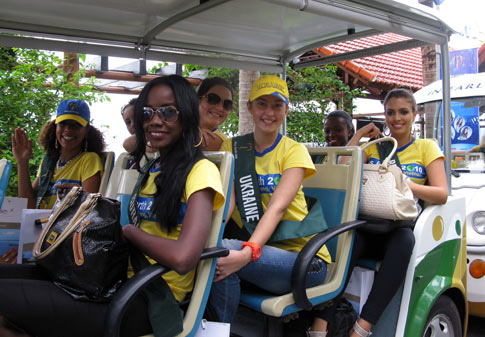 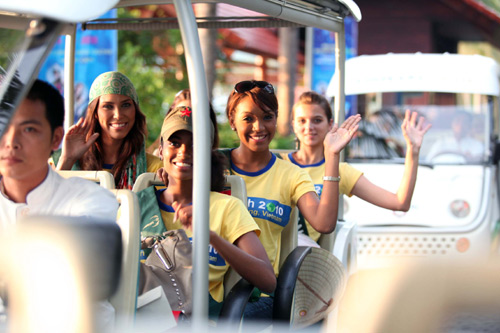 Following the fun and excitement, the next 10 days will be crucial for the ladies as they get ready for non-stop rehearsals and the very competitive preliminary screening from the judges who will trim down the 82 candidates to just the Top 16 to be announced come coronation night next week.

Survivor Philippines: Celebrity Showdown – And then there were 4 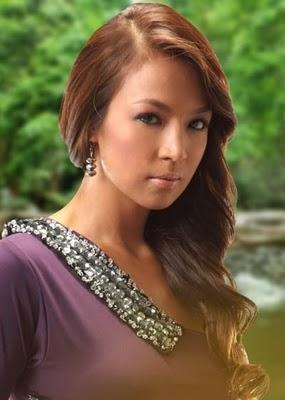 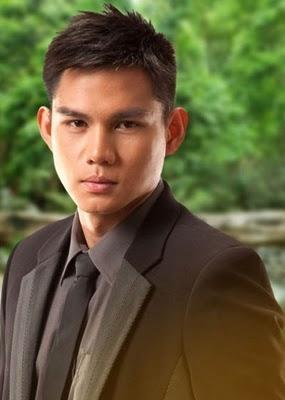 The Spoiler has been spoiled. We all know that the person being rumored as the winner of Survivor Philippines: Celebrity Showdown won’t be her because the Final 4 is made up of Actress Aubrey Miles, Brapanese model/actor Akihiro Sato, model/cager Ervic Vijandre and Fil-French beauty Solenn Heussaff.

Last night, the four underwent the final tribal council and were grilled to death by the jury members. Tears flowed. Raised voices abound. Tensions almost reached breaking points. But in the end, one of them will be voted as the winner of the reality competition and a cool PhP3,000,000 in cash.

Who’s your bet? The manipulative Aubrey? The Submissive Ervic? The Sneaky Solenn? Or the Good (and remorseful) Guy Akihiro?

My sentimental pick would be Akihiro because he is the most well-rounded among the four in terms of mental and physical participation in the game. His valuable help in the camp in terms of food hunting and the like cannot be denied as well. And in effect, he is the ‘least evil’ in the quartet, game-wise that is. A far 2nd for me is Solenn but I doubt if she will get majority of the votes to seal the victory from the jury members who look at her as just one lucky girl who made her way to the top with minimal ‘survival’ scars to show (aside from her foot stitches) and an alliance made more strong by Ervic’s infatuation in her.

The Final 4 during the start of the last tribal council (L-R): Ervic Vijandre, Solenn Heussaff, Akihiro Sato and Aubrey Miles.

So who do you think will win?

Watch out as the Live Finale of Survivor Philippines: Celebrity Showdown unfolds next Friday, December 3, 2010 on GMA-7. Host Richard Gutierrez will announce the Celebrity Sole Survivor by then. 😉

11/26 Update: After the completion of the last tribal council, host Richard Gutierrez announced that the Final 4 will be trimmed to a Final 3 which will add one more member to the Jury. The twist is that the votes will be counted during the Live Finale in Manila. So even before the 7th Jury Member is known, the castaways will need to be patient enough to wait for the finals. Afterwards, the 7-member jury will then vote on who the Ultimate Celebrity Sole Survivor will be among the last three castaways. Stroke of genius, I must say, in order to avoid damaging spoilers to the results.

You go to Bangkok on a shoestring budget, together with friends who are just as limited on funds. Is there something decent, if not brand new, where you can stay without breaking the bank? Sure thing! Lub D Bangkok Siam Square (they also have another branch on Silom Road) is there for the booking. Although the place caters more to backpackers or hostel searchers, a small family (no kids please) or a young couple will appreciate this new accomodation right in the heart of the shopping area. The location is literally a stone’s throw from MBK and the National Stadium skytrain station. From there, you can visit almost every nook and cranny of the Land of Smiles with ease or shop till you drop and not worry about spending too much for your hotel’s nightly rate. The place doesn’t offer free breakfast, but just step outside and you can find an assortment of options for such. Otherwise, you can buy a coffee and pastry at the in-house Right Bar. By the way, internet is free so you can surf all you want with your laptop or steal some time at their common area where a few laptops can be used from time to time. If you’re too private an individual, reserve their double deluxe with private toilet & bath. But if you’re part of a group, you can book one of their small dorms or an all-ladies dorm (with shared bathroom) that can house a minimum of four (4) individuals. 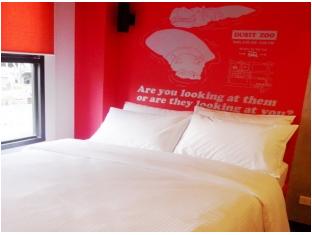 Also, the place is NON-SMOKING so a big thumbs-up from those who want to breathe clean air for a change. There is a designated area where you can puff your sticks, and only in that small spot. They also have a 2nd Floor “Theatre” where you can watch DVDs during your idle time.

If you plan to stay with them, book early because the place fills in so fast, especially during peak dates (like between now and first quarter of 2011). Head over to their website and see if you can avail of their winter promotions! If you plan to stay longer (than a week or so) or make early-bird reservations (as in 3 months ahead), then you will surely get a special rate. 😉

I’ve always wondered when Ryan Reynolds will be named People’s Sexiest Man Alive. I got my answer last week.

And I couldn’t agree more! The man deserves the title! 😉 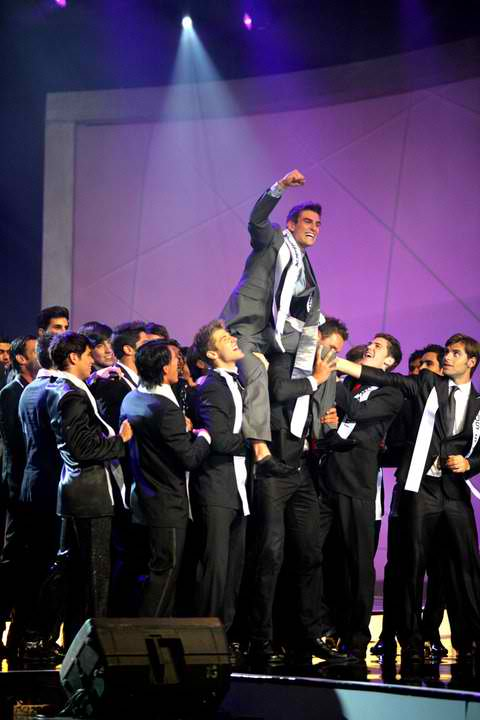 Ryan Terry of Great Britain (being hoisted above by his co-candidates) achieved victory as Mister International 2010.

Peter Menky of Slovak Reoublic slew the competition and came out the winner of Manhunt International 2010 which had its finals in Taichung, Taiwan over the weekend. His court includes 1st Runner-Up from Gibraltar, Bogdan Brasoveanu; 2nd Runner-Up from Brazil, Marlon De Gregori; 3rd Runner-Up from the USA, Daniel Guerra and 4th Runner-Up from Taiwan, Jerry Chang.