Ruffa Nava for Best Global Model of the Year 2018

She may have failed in her twin attempts to win a national beauty title via Miss World Philippines 2014 and Bb. Pilipinas 2017. But the tall, beautiful and dusky Ruffa Nava of Iloilo will now get the chance to represent the Philippines in an international competition, and a reputable search for international models at that. She will banner the country’s participation in this year’s edition of Best Global Model of the Year to be held in Portugal. 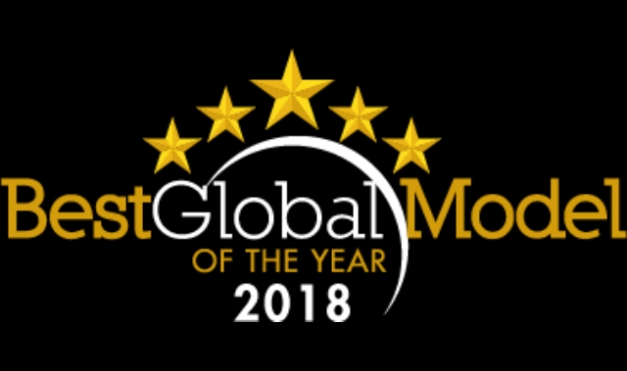 Along with tall and good-looking Joshua Kristopher de Leon (right photo), the pair will be going to Lisbon, armed with the determination to win the country’s first-ever victory in the competition which has remained elusive so far. And by the looks of it, the owner of the search seems impressed. I chatted with Carlos Ventura Martins. He is both pleased and excited with our promising pair.

Let’s see if international modeling is the true big calling of our reps.

Best of luck, Ruffa and Joshua!

The Miss World Philippines 2014 2nd Princess is all set to soar in Bb. Pilipinas 2017 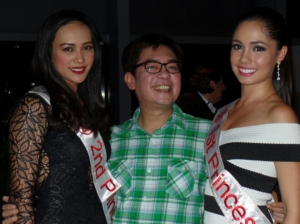 Nelda (left) with Lorraine Kendrickson and I

You might easily remember Nelda Ibe as the Miss World Philippines 2nd Princess during the reign of Valerie Weigmann last 2014. A few will also recall her being part of Mutya ng Pilipinas 2013 where she represented Tarlac. So when she kept a low profile after serving her term for MWP and did not resurface in another pageant from 2015-2016, her supporters thought that she has decided to focus more on plans of becoming a pilot instead. And this she did at the Clark Aviation School in Pampanga.

But much to the pleasant surprise of her camp – KF Tarlac – she made the decision to join Bb. Pilipinas 2017 after recently finishing her Solo Fly as Captain Cadet student. And so, we will definitely see this 23 year-old 5’10” stunner joining the other KF registrants later this month at the BPCI Office to formally sign up.

I really like Nelda. Outside the gowns and platform heels, she is relaxed, laid-back and very beautifully sensible. But once she gets made up and all, she transforms into a potential beauty queen just waiting in the wings (no pun intended) for her chance to shine at her brightest.

Will Gazini be one of Cebu’s best bets for Bb. Pilipinas 2017?

Gazini Christiana Jordi Ganados from the Queen City of the South is one beauty who has already paid her minimum pageant dues to move ahead with a Bb. Pilipinas participation. After getting her baptism of fire with Miss World Philippines 2014, she reappeared last year as an Official Candidate of the lesser known Miss Pearl of the Philippines (a move which was frowned about by some industry observers as it did not catch fire for her overall value as a national crown aspirant).

Gazing returned to Cebu and resumed her modeling stints with Origin Model Management. She regained her bearings on home ground and the talks right now are that she is setting her sights on the 2017 edition of our favorite national beauty competition. And I really hope she prepared well because this is the game plan she should have followed right from the start. Her arresting looks are more-than-eye-candy quality. She has the glow that displays versatility in photographs and an aura that can be globally appreciated.

Between now and February 24, It will be just a wait for us to see if Gazini finally gathers all her strength and confidence on a new journey in her pageant life. I am looking forward to seeing more of her at the Araneta Coliseum.

Back in 2014, Ruffa Nava entered her very first national pageant by way of Miss World Philippines where Valerie Weigmann reigned supreme. After that effort, she decided to keep things low-key and opted to take part in small regional beauty contests where she polished her skills in presentation and projection.

More than two years after MWP2014, Ruffa – who stands a touch above 5’8″ – could be back in the game and ready to face the loud music of the nationals. The stakes are higher this time around, but the rewards are greater should she join and end up winning. There is always something good to be said about underdogs entering the game where favorites are scattered all over. And she certainly won’t mind being part of the roster and work on het strategies without people constantly breathing down her neck.

Is there a space in Bb. Pilipinas for Ruffa Nava?

Here’s another 1.0(B) beauty since she has not joined Bb. Pilipinas yet. Rachel Peters got everyone’s attention when she took part in Miss World Philippines 2014 and finished as 4th Princess to Valerie Weigmann. Since then, she took a low profile from the pageant scene and resurfaced only last year during Miss World Philippines 2016 where she hosted the Press Presentation and Pre-Pageant, while co-hosting the finals with Richard Gutierrez and Lauren Reid. 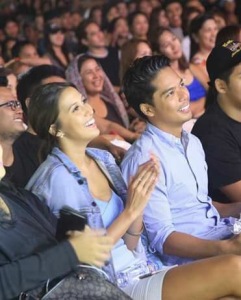 This Fil-Aussie has also made the Philippines her home, acquired a Philippine passport in the process and has been quite chill carrying on a happy relationship with Camarines Sur Governor Migz Villafuerte for quite some time now.

Rachel wants to give Bb. Pilipinas one big try, and I was told that Kagandahang Flores is preparing her well for the screenings and all. If given the shot, she will show in the nationals how much she has improved and matured since her last pageant foray.

Gazini Ganados for Miss Pearl of the Philippines 2016

While a few of my pageant colleagues were slightly taken aback upon learning that Gazini Christiana Ganados Ewamer surfaced as Official Candidate of Miss Pearl of the Philippines 2016 instead of the previously-anticipated signing-up for Bb. Pilipinas 2016, I took it as possibly a personal assurance on the part of this lovely Cebuana to create a superior impact in the brand-new pageant and hopefully become its inaugural winner come May 14.

Now some might ask again why she went from Miss World Philippines 2014 to a lesser known competition. And I thought, why not? The possibility of this participation affecting her stock value (read: overall assessment of pageant experts) for future entry into the nationals may be imminent. But then again, she is standing out effortlessly among the Miss Pearl of the Philippines joiners as expected. Once she clinches this one (which I can confidently say she will), the achievement is already in the bag and will remain in place should she come forward to the major beauty derby next year or in 2018.

So I can only wish Gazini the best in this endeavor. She deserves to get a shining victory regardless of the contest’s still-untested appeal to the public. 🙂

Kristine Estoque is reportedly one of the many KF entries for Bb. Pilipinas 2016

Kristine Angeli Estoque is said to be one of the ladies being prepared by Kagandahang Flores for Bb. Pilipinas 2016. And the beauty camp is rumored to be submitting a more record-breaking number of applicants than Aces & Queens – numbering in the 30s if the information reaching me is true. And this tall, promising beauty from Davao is in the thick of preparations for screening days.

Back in 2014, Kristine had her first taste of national pageantry via Miss World Philippines when she was just 21. It was a good experience for this BS Biology graduate who got the full family support in the competition. Prior to this, she participated in Mutya ng Dabaw 2013 where she bagged 2nd Runner-Up (or the title of Sinag ng Danaw) during the finals.

Will this 5’9″ comer leave a strong impact on the screening panel of Bb. Pilipinas 2016? She has the potentials alright. Let’s see how well she will deliver on the bid. 😉

Would you like to see Kristine in Bb. Pilipinas 2016?