Karen Gallman in a 2016 photo on file 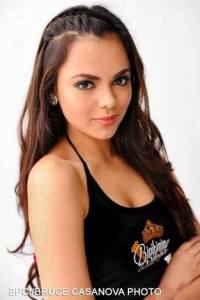 You will remember her as Binibini 1 of Bb. Pilipinas 2012 where she reached the Top 12 and was also named Miss Photogenic of the batch. Back then, Karen Gallman was a 19 year-old Fil-Aussie lass who takes roots from both Brisbane and Bohol. She was considered the one with the prettiest face of 2012 where Janine Tugonon eventually won the highest title of the night.

Watch an old video below where – 2:32 into the same – a portion of the Bb. Pilipinas 2012 Top 12 Q&A will show Karen answering a question from judge Phil Younghusband. 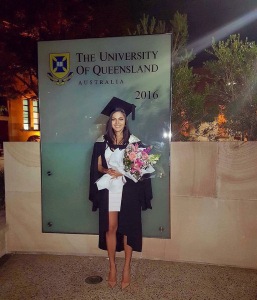 This coming 2018, talk is increasingly pointing to Karen as doing a big comeback in the nationals. She is now a 24 year-old woman who finished a degree from the University of Queensland last year. Wiser and more vibrant in her disposition now, she could be one of the best repeaters who will screen for BPCI by January.

What say you, dear readers?

She was in before but had to be disqualified due to endorsement conflicts. Will Maxine return this year?

Back in Bb. Pilipinas 2012, Maria Mika Maxine Medina was already named Official Candidate and was considered one of the new faces who could be prime contenders for one of the crowns. But with her endorsement contract in conflict with a pageant sponsor, there was no way of extending her stay and had to be disqualified just days after the announcement. She was 21 years old then.

Fast forward to 2016. With Bb. Pilipinas 2016 nearing the start of screenings (with applications opened for sign-ups as early as December 16), will we see this beautiful lady making a big comeback, cleared of any potential obstacles in her way? I sure hope so. Maxine is a definite plus to the next batch if ever she will join. She has this distinctive charm/presence that commands attention. And with all the additional experiences as fashion and photographic model she has collected the past few years, I bet she has improved by leaps and bounds.

With the latest TV commercial of Bb. Pilipinas 2015 airing on ABS-CBN very soon, let’s take a look at the various promo plugs that the network came up with from 2011 to 2014. I got to admit that they have really raised the notch every year since taking over from GMA-7 more than four years ago. The excitement level is guaranteed with so much thought and creativity inputted in the concept.

There really is no use choosing the best among the four because personally, I always see the latest as the one that has surpassed outputs in previous years – always progressive. And I was told that the upcoming one could be the best ever TVC for our biggest national pageant. Can’t wait to see the final cut! 😉

Watch them now in the order of release:

2012
courtesy of The Emerald

2013
courtesy of The Emerald 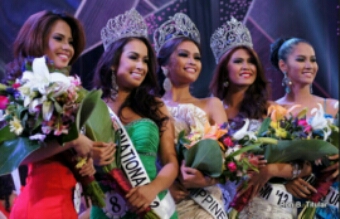 When Ali Forbes failed to make it as an Official Candidate of Bb. Pilipinas 2015 last night, my heart went out for her. It wasn’t just because she should’ve already been a shoo-in after placing as 2nd Runner-Up during Bb. Pilipinas 2012 (and later on promoted to 1st Runner-Up after Elaine Kay Moll was given the title of Miss Supranational Philippines 2012). The girl simply wants to give the nationals another try before finally leaving her colorful pageant career behind. After all, once a Binibini, always a Binibini. And if it is in her fate to nail a crown, then so be it. Otherwise, she will have no regrets or what-ifs when she looks back in the future and asks questions that she can no longer have clear answers to if she didn’t make the second attempt.

Watch her glorious moment during the Bb. Pilipinas 2012 Finals.

But her big dream was nipped in the bud less than 12 hours ago as this post was uploaded. I can share all the songs she has sung in all her previous lounge gigs to reflect the kind of emotions she must be feeling right now (a lot of them could be applicable amyways) . But I decided to go with one video where she is being shown singing “Going Out of My Head” during a bar set. The song is so apt if the wishful recipient is the Bb. Pilipinas crown.

There could be a different kind of silver lining out in the sky for you. It may not be visible by way of a Bb. Pilipinas crown, but it will most likely be something else that should make for the still-fresh heartbreak. 🙂

Remember Mia Arcenas? She is the Cebuana who took part in Bb. Pilipinas 2012 as Binibini 28. She may not have won or placed in that edition, but given a busy professional schedule in her home city, there really is no other option but to move on. And successfully, I must add. A few weeks back, she launched the Spring/Summer 2014 Collection of her own brand – MIARCENAS – at the Oakridge Pavilion to an appreciative audience composed of some of Cebu’s high-society personalities and fashion followers. This is on top of her resort wear and fashion accessories line. She is indeed going places.

Mia’s creations on the runway at Cebu’s Oakridge Pavilion. 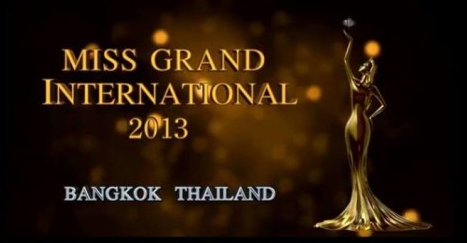 The inaugural edition of Miss Grand International will take place in Bangkok, Thailand on November 19, 2013. The Beauty Thunderdome will be the finals venue, with the centrally-located Pathumwan Princess serving as the Official Hotel of all candidates. Celebrity hosts will be former MTV VJs Uttsada Panichkul and Sonia Couling.

Meanwhile, the Philippine entry, Ali Forbes (Bb. Pilipinas 2012 2nd Runner-Up), is all ready for the pageant and will do her best to win the crown for the country. Team JDV is in-charge of her final preparations leading to the scheduled send-off next week. 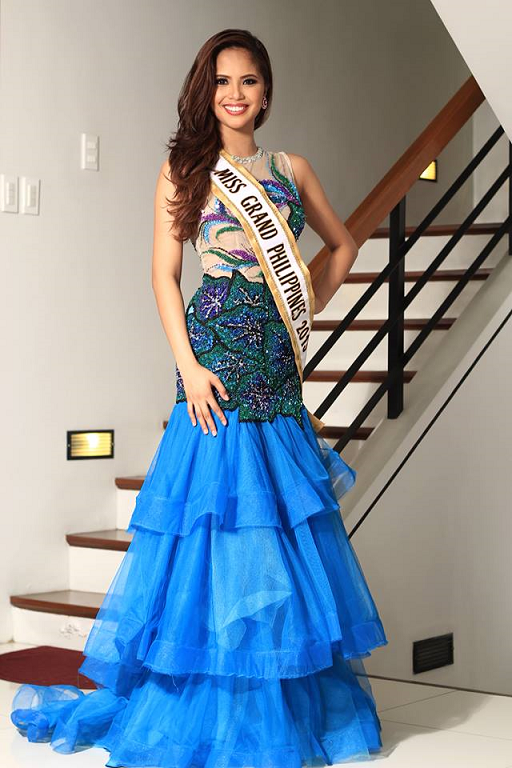 Watch our for more posts about the newest international pageant as they happen. 😉 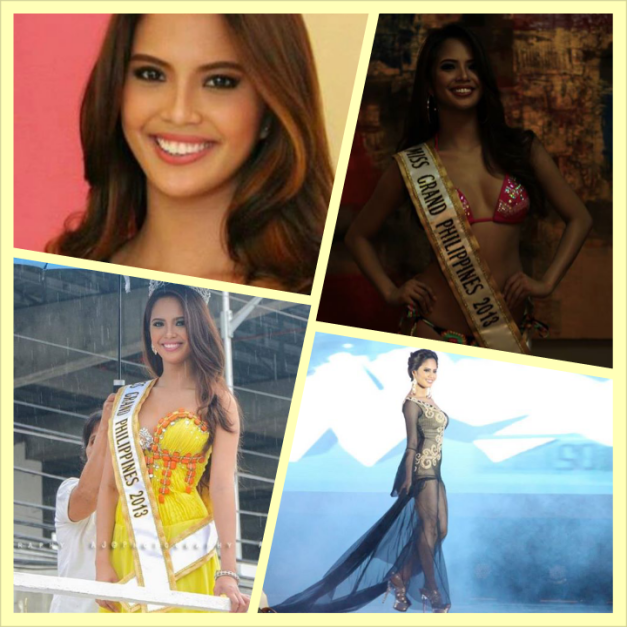 After finishing her contract with BPCI as the 2nd Runner-Up in Bb. Pilipinas 2012, Analie ‘Ali’ Forbes has resumed her love for singing. After all, this was her main bread-and-butter back in the day. Bars, lounges, 5-star hotels – she has done the rounds.

So when this Team JDV ward was called upon by her mentor (John dela Vega) to attend a casting call for the Philippine entry to the 1st edition of Miss Grand International, little did she know that what never happened in Bb. Pilipinas will come true with the Bangkok-based beauty competition – to wear the country’s sash abroad. She is now Miss Grand Philippines 2013.

The competition won’t be until past mid-November, but Ali is getting her wardrobe ready. With the help of her beauty camp and designer Poi Subijano, she will be dressed in sexy but elegant evening gowns and cocktail dresses from the pre-pageant activities all the way to the finals.

And she is also practicing her sensual singing voice for the talent competition. I bet she will render one of her more lively jazz standards, if not a really danceable pop tune. 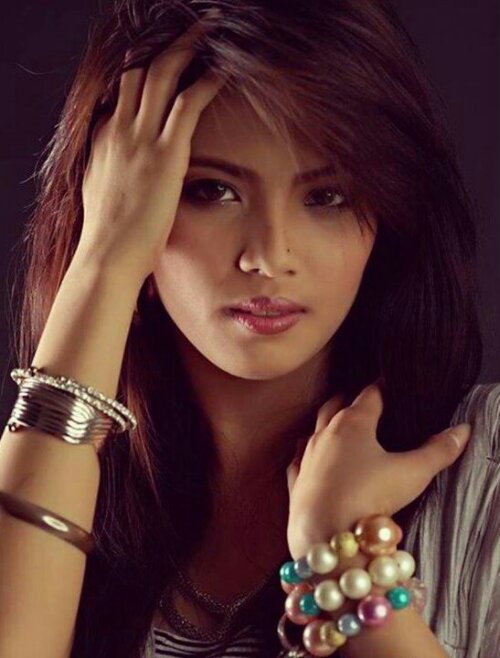 Bb. Pilipinas 2012 2nd Runner-Up (or 1st Runner-Up because Elaine Kay Moll has already moved up to Miss Supranational Philippines 2012) Ali Forbes may not have been given the opportunity to participate in an international beauty competition during the entirety of her management contract with BPCI. But things have a way of working in one’s favor long after the dust has settled, so to speak.

Just recently, Nawat Issarakraisin – owner of the Thailand-based Miss Grand International – flew into town and screened potential Philippine representatives to his pageant. And what do you know? Team JDV got the luck of the selection with one of their own getting the nod to wear the country’s sash in Bangkok come November.

Ali Forbes will now assume the title of Miss Grand Philippines 2013 (the first-ever to be proclaimed as such) and get ready for the upcoming tilt which has a scheduled November 19 coronation night at the Beauty Thunderdome.

Let’s hope Ali will have a successful run in Miss Grand International 2013. 😉

Nicole Marable: what are the chances of candidate no. 1 being #1? 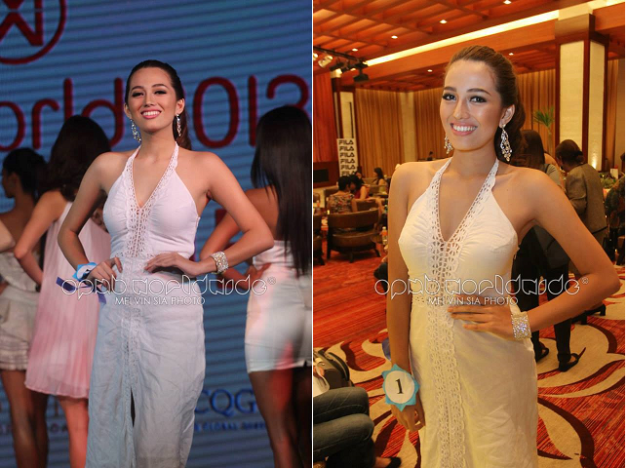 By now, Nicole Marable should already be one year wiser and more confident. After participating as one of the Official Candidates of Bb. Pilipinas 2012, her beautiful face left an indelible mark in many pageant followers’ list of possible spoilers. But then again, her relative youth must have given away the lack of polish and training in presentation skills and the like.

While 12 months (or a quarter over it) do not guarantee anything spectacular in terms of improvements, this young lady has already shown a generous sprinkling of the same. And Nicole Marable is facing the Miss World Philippines battle that, even if far from being a top favorite, is still open for manageable possibilities that could include stealing the limelight from the perceived toppers.

Will pin number 1 prove lucky? Let’s find out as the weeks unfold leading to the coronation night on August 18. 😉 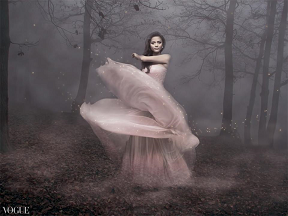 Patricia Lae Ejercitado, who took part in the 2010 and 2012 editions of Bb. Pilipinas, can only look back at the memories of both (not-so-successful) attempts, while looking forward to what lies ahead in Miss World Philippines 2013 where she took the plunge and screened at the SM MOA to make her one last attempt for a major national beauty crown.

Inspite of the stiff competition coming from both Megan Young and camp sister Ria Rabajante, Pat remains unfazed. She can only give more than 100% of her best efforts and hope that the judges score her favorably when it matters the most. What could be in store for her in this endeavor? Has she learned well from whatever shortcomings she may have committed in Binibini? And can she turn the tide and make this one her greatest pageant curtain-call-of-sorts if ever? 😉