In what can be considered as one of the most lavish and excellently-mounted provincial pageants in the Philippines, Mutia ti La Union 2020 culminated in the crowning of its new Queens last March 2 at the Poro Point Baywalk in the City of San Fernando, La Union.

Divina Marie Villanueva of Sudipen, an Accounting graduate who plans to pursue Law Studies, was adjudged big winner of the competition after outclassing nineteen other contenders all the way to a cash prize of P100,000.00 and a reign that will open new doors of opportunities amidst the province’s efforts to bring its Agri-Tourism Campaign to greater heights.

Crowned as Mutia ti La Union Turismo is Fe Ladyma Abacco of Rosario, with Shaira May Soria of Pugo claiming the first-ever Mutia ti La Union Agrikultura title. Rounding up the magic circle of winners are runners-up Christine Jan Padua of Balaoan and Roxanne Danielle Sanglay of the City of San Fernando, respectively.

The entire production – another #TheatricalExperience from Lumina Events Management Inc. – was an outstanding feat with all the makings of a pageant that can rival the best of their national level counterparts.

Kudos to everyone involved in this annual event from the Provincial Government of La Union headed by Governor Pacoy Ortega, the Tourism Information Office, the City of San Fernando and all nineteen municipalities that united towards a hugely successful undertaking! 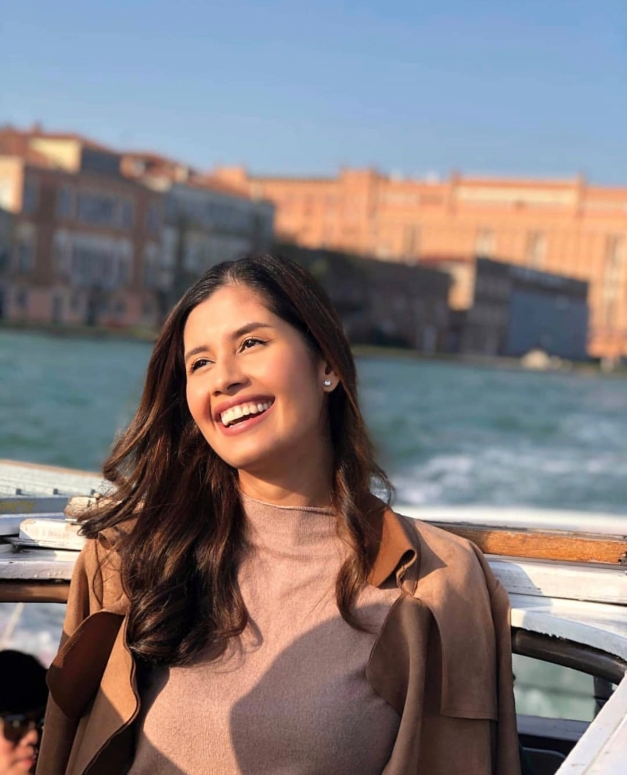 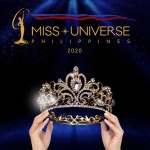 “I am honored with my new role for the organization that brought meaning to my life as a beauty queen and as a woman. I am more than blessed to be the National Director of Miss Universe Philippines. As I continue to grow, I understand that being an architect and an entrepreneur are facets that will form part of my core as we continue the projects of Miss Universe and create more opportunities for aspiring beauty queens in the future. Thank you for the trust and confidence in my capabilities as a strong and independent woman.”

The Miss Universe Organization expresses its heartfelt gratitude to the Araneta Group and Binibining Pilipinas Charities, Inc. for their more than 50 years of stewardship of the Miss Universe brand and franchise in the Philippines. Both organizations have made an indelible mark in the international pageant scene for celebrating the intelligence, beauty and grace of hundreds of Filipina queens, and for garnering several international titles through the years. Undeniably, the most prestigious of these titles continues to be the coveted Miss Universe Philippines. The foundation and fundamentals of Philippine Pageantry are known worldwide to be solid and shall endure all because of the hard work and commitment of the Araneta Group and BPCI.

The new organization will be headed by Shamcey Supsup as the National Director. She will be joined by Albert Andrada as the Design Council Head, Jonas Gaffud as the Creative Director, Lia Ramos as Head of Women Empowerment Committee and Charity, Atty. Nad Bronce as Head of Legal Affairs, and Mario Garcia as Business Development/ Marketing Head.

Rooted in the same strong foundations that have earned the country title after title in the past half century, the Miss Universe Philippines Organization is poised to bring the Miss Universe franchise to greater heights. More importantly, it is the continued support of the pageant fans and community that inspires the Miss Universe Organization to take this crucial step forward. With the Filipina at the center of it all, a bright and beautiful future lies ahead.

The Philippines’ Finest in Miss Universe

Eight of the Philippines’ finest in Miss Universe during last night’s Tribute Concert. No wonder the country is the envy of every pageant-loving country in the Universe:

How I wish Miss Universe 2012 1st Runner-Up Janine Tugonon flew in from the US to join the eight others. 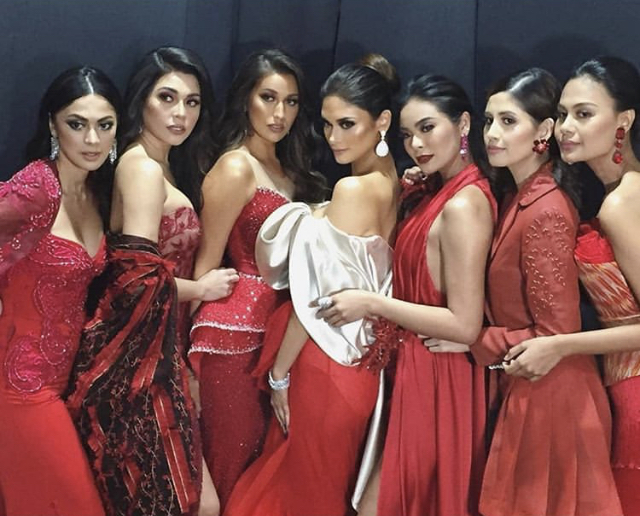 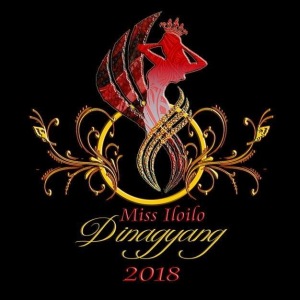 This is it, Iloilo!

Today, I will be flying to Asia’s City of Love to serve as one of the judges in tonight’s finals of Miss Iloilo Dinagyang 2018 at the University of San Agustin Gym. Along with Miss International 2013 Bea Rose Santiago, Miss Universe 2011 3rd Runner-Up Shamcey Supsup, 65th Miss Universe Top 6 Finalist Maxine Medina, Miss Universe 2017 Top 10 placer Rachel Peters, Asia’s Next Top Model winner Maureen Wroblewitz, Mister Universal Ambassador 2016 2nd Runner-Up Andrea Biondo and Catwalk King Sinon Loresca, we will select the best and the brightest among the thirteen (13) ladies vying for the crown.

And tomorrow morning, I will be guesting on Bombo Radyo Iloilo to do a wrap-up of the results of the finals above as well as discuss about Bb. Pilipinas 2018.

Watch out for my report on the results of Miss Iloilo Dinagyang 2018. Viva Señor Sto. Niño! 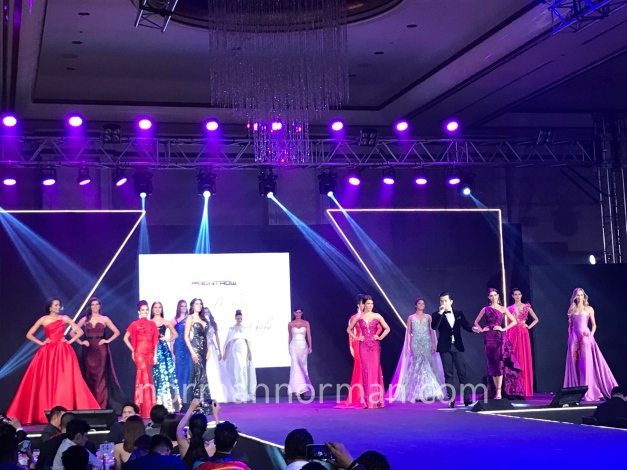 Last night at the Grand Ballroom of Solaire Resort and Casino, the Miss Universe Charity Fashion Gala was held in cooperation with Frontrow Cares and Hope for Change Foundation. Our visiting Miss Universe titleholders Demi-Leigh Nel-Peters and Iris Mittenaere – along with our very own Pia Wurtzbach walked the runway for a good cause. Wearing creations by our top designers like Francis Libiran and Rajo Laurel, they were joined by the Miss Universe 2017 national winners who also displayed their taste and elegance in gowns made by the likes of Mark Bumgarner, Frederick Peralta, Edwin Uy, Val Taguba, Rocky Gathercole, Cherry Samuya Veric, Ofelia Simpao and more. 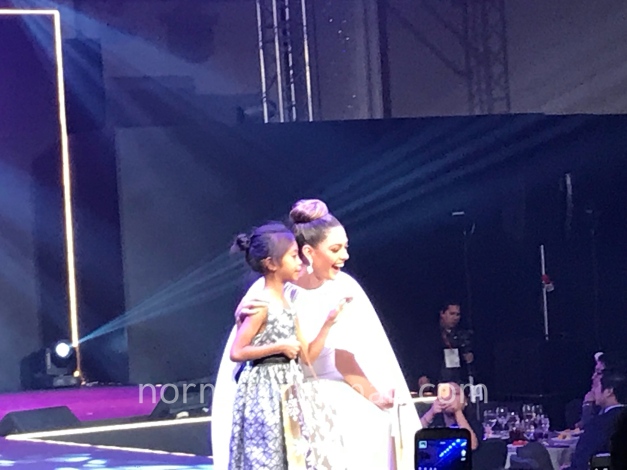 What added special glitter to the event was the presence of six of our Miss Universe Philippines winners – Bianca Manalo, Venus Raj, Shamcey Supsup, Ara Arida, MJ Lastimosa and Maxine Medina – who also participated in the fashion show and presented onstage in chronological order of their years in competition.

Here are some video clips from the show itself.

Hannah’s Beach Resort & Convention Center presents the Mutya ng Pilipinas 2017 Swimsuit Competition which will take place in the Crown Jewel of the North this coming July 22 at 8:00PM.

Be there when it happens as the candidates of this year’s search take centerstage in one of the contest’s most highly anticipated pre-pageant events.

This is another media coverage partnership between Sash Factor and normannorman.com.

During the contract signing between Hannah’s and Mutya ng Pilipinas