Congratulations to the newlyweds, Karl and Steffi!

Congratulations to the newlyweds! 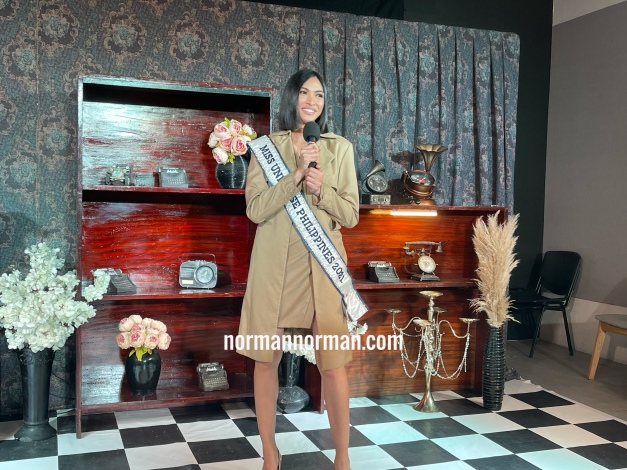 During the Catch-Up Press Conference with Miss Universe Philippines 2021 Beatrice Luigi Gomez earlier, thirty three (33) of the forty nine Official Delegates of #MissUniversePhilippines2022 were introduced to members of the pageant media.

Note: This is not the Press Presentation. Only the ladies who are currently in Manila were invited to join. 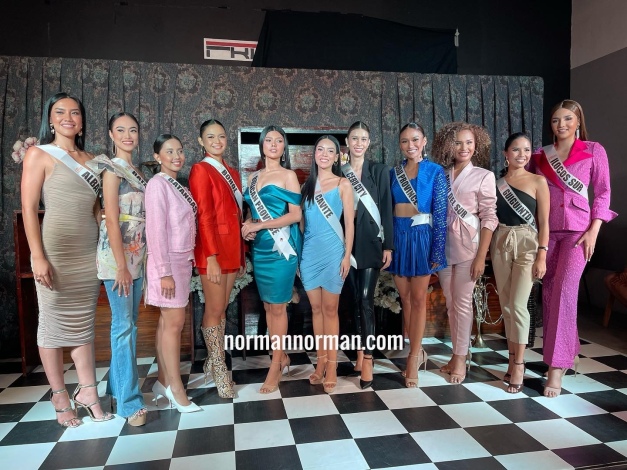 In the meantime, here are the winners of the #MUPH2022FashionAndRunwayChallenge with BRAGAIS SHOES and #ARTEPartyList! 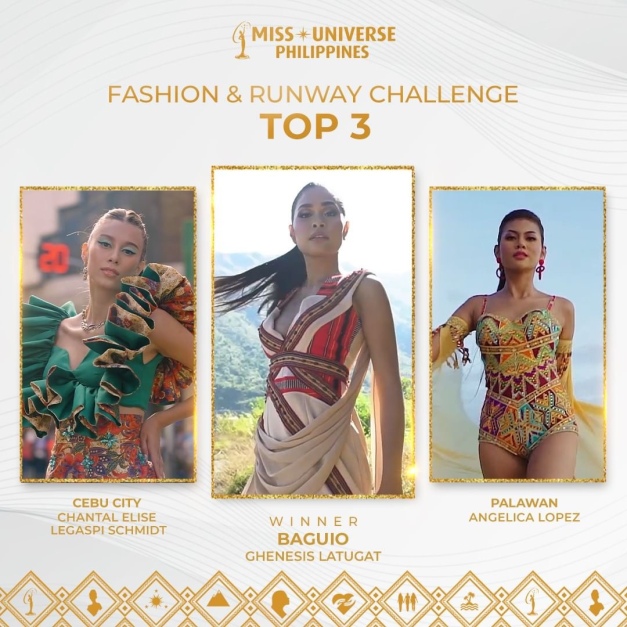 One year older. One year bolder.

Jedidah Korinihona: Return of the Jedi 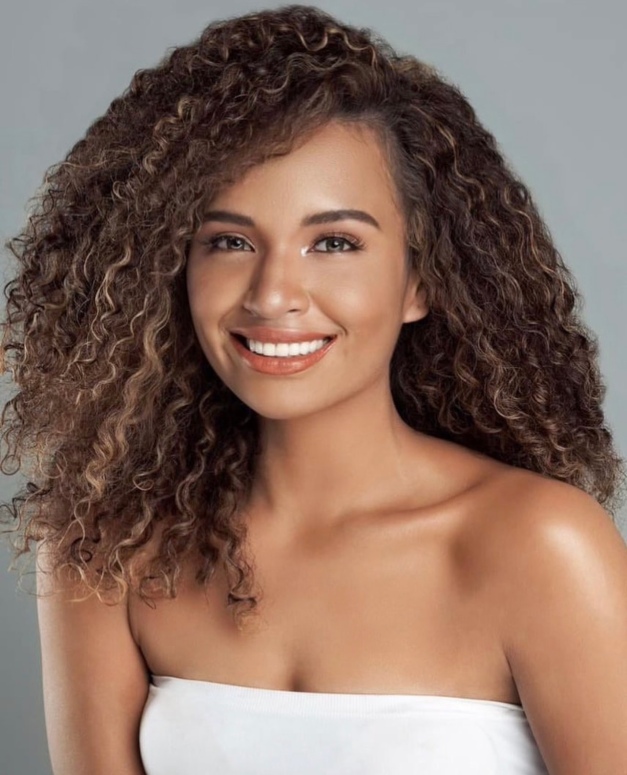 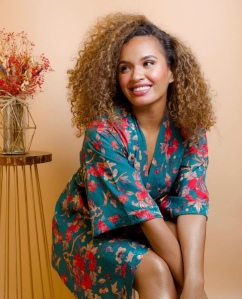 Aces & Queens Bet #5 for 2022 is Island Girl Jedidah Hefervez Korinihona. She is 25 and was born in the Solomon Islands. She also took up Project Management in Australia.

Jedi is a model for several beauty products. She has been playing volleyball for 5 years now and is competing in a national pageant for the 2nd time representing Davao Del Sur. Last year, she made it to the Top 30 of Miss Universe Philippines.

Where do you see her being fielded in?

Get ready for another ‘Bella’ in pageantry

You might remember her as part of the Top 75 during Miss Universe Philippines 2021. This time around, she is being introduced as one of the ladies for Aces & Queens for 2022. As far as which national pageant she is being lined up for, it still remains to be seen. But here are quick infos on Isabelle Kristine M. Braza. Or Bella if you will:

Posted @withregram • @aces_and_queens Isabelle Braza is a Tourism Graduate of UP Diliman and currently works as a business manager. Bella has been modelling since 2008 and has appeared in 28 commercials, including Jollibee, McDonald’s, Visa, Milo, Nestea, Slimmer’s World, among others.

For Bella this will be the second time she will be competing in a national pageant. Last year, she made it to the Top 75 of Miss Universe Philippines but did not move on to the next round because of existing commitments. 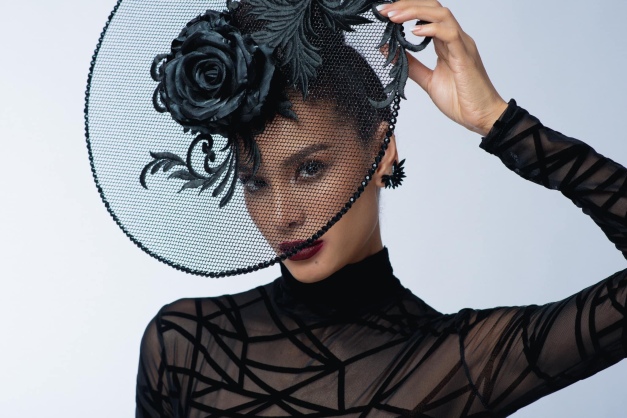 The screenshots below show the engagement of Miss Universe Philippines 2021 2nd Runner-Up Steffi Rose Aberasturi to her boyfriend Karl Arcenas. Now what will this mean to the clamor of pageant fans for her return to national pageantry this year? Well, your guess is as good as mine. 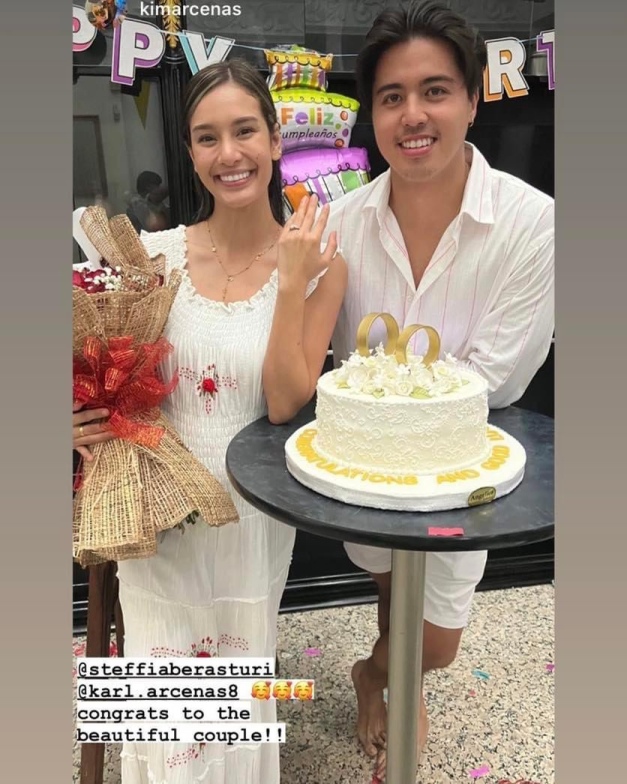 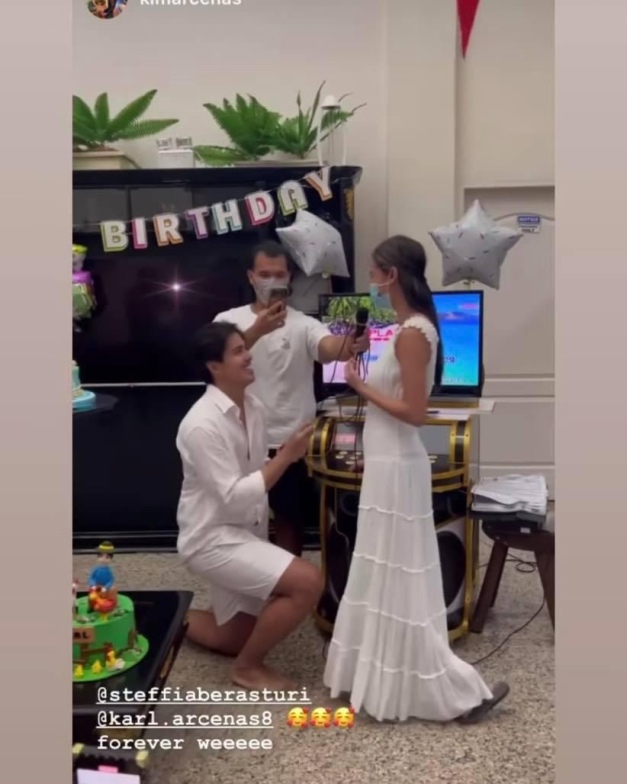 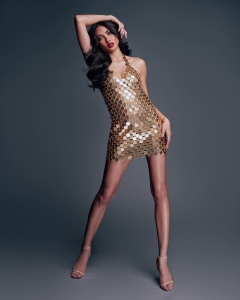 Someone’s excited for the start of Miss Universe Philippines 2022. And she can’t wait to see the next batch of #phenomenal women who will sign up for this year’s edition.

After placing in the Top 5 of the 70th Miss Universe, Beatrice Luigi Gomez wants the next one to sustain the momentum. 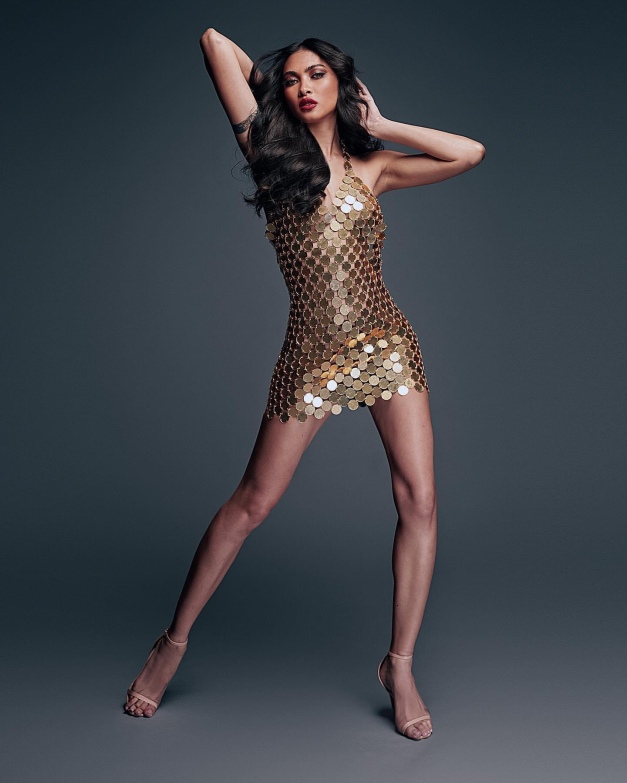 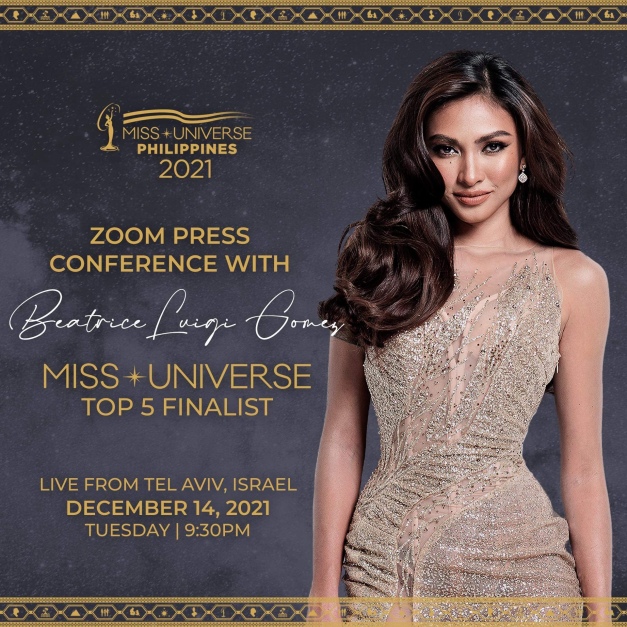 Earlier tonight, a Zoom Press Conference was hosted by the MUPH Organization in honor of Miss Universe Philippines and 70th Miss Universe Top 5 Finalist Beatrice Luigi Gomez. Selected members of TV and pageant media attended the same. Below are some quick highlights:

– Luigi is very close to (now) Miss Universe Harnaaz Sandhu of India. She is happy with her victory.

– If Luigi can invite Harnaaz to the Philippines for a reunion in the future, she would definitely do so. And she will also invite four other fellow delegates close to her: Vietnam, Singapore, Nepal and Armenia.

– During the Preliminaries, Luigi was smiling from ear-to-ear during her presentations – partly because of Selection Committee member Marian Rivera. After seeing her continuous cheers in the panel, she just couldn’t remove the smile on her face. She was very happy.

– Luigi felt a surge of confidence during the finals right after the opening number when she saw how many Filipinos were in the audience. From there, she was just too thrilled to give her best even more.

– When asked what Filipino food she misses most, Luigi said #humba. She hasn’t been eating pork ever since arriving in Israel.

– Luigi would have wanted to tour Tel-Aviv before returning to the Philippines. But due to lack of time, she will plan another visit to Israel in the future.

– Early tomorrow night, Luigi will be back to the Philippines. Have a good flight! ✈️

You did us proud, Beatrice Luigi Gomez!

And to our Miss Universe Philippines Beatrice Luigi Gomez, thank you so much for bringing honor to the country. Making it to the Top 5 means that you continued with our placement streak and upped the ante even higher.

I guess the feeling of vindication is in order, after proving all the naysayers wrong.

A #phenomenalwoman you are indeed! 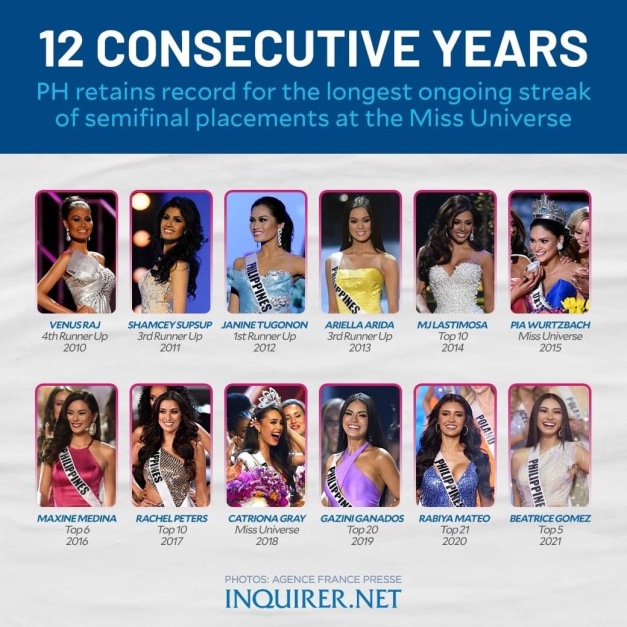 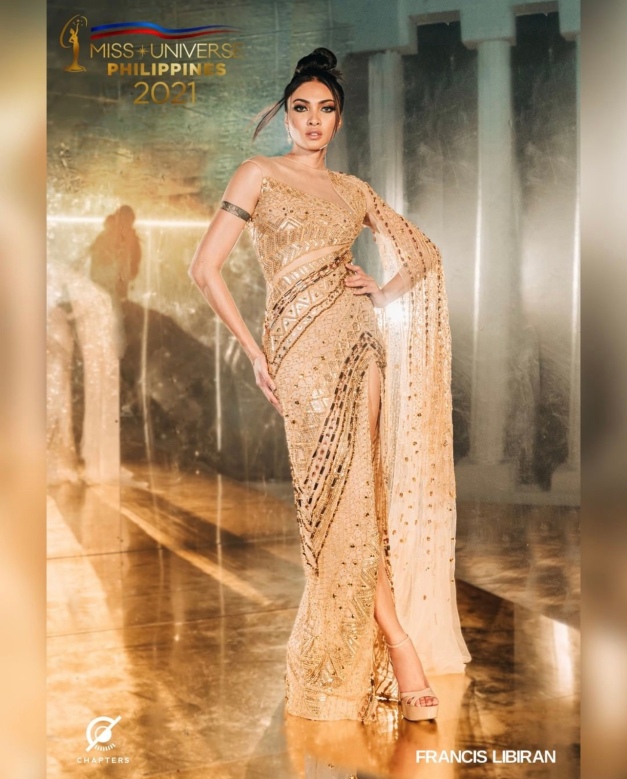 Bea in the Francis Libiran gown 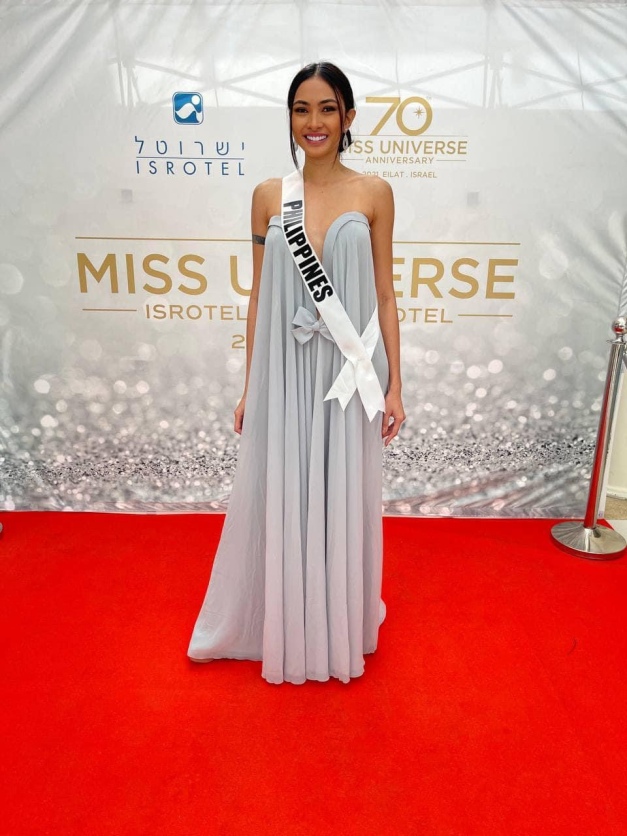 Here is Miss Universe Philippines Beatrice Luigi Gomez on the 70th Miss Universe red carpet. In less than 12 hours from now, we will know her fate in the competition. Let’s bring her all the love and positivity!