Wanna be a Cinemalaya volunteer?

If you want to take part in Cinemalaya 2011, join the festival as a volunteer and get the chance to meet, greet and rub elbows with some of the important people in the local film industry, plus international personalities in the region and beyond.

But here’s the catch….you have only up to 5:00PM today, June 30, to enlist in one of their ushering positions. (Sorry for the late posting!)

Cinemalaya movie watch: “I-libings” (just how do you read this title?)

First off, how do you read the title “I-libings”? It could mean “to bury” if spoken as “ilibing“. On the other hand, it could also refer to a play of letters (e.g. iPod or iMac or iPad) that makes the word sound like an electronic advancement by way of funeral/burial videography. However which way you read it, the movie certainly makes for a curious watch during Cinemalaya 2011.

A coming of age story about Isabel’s lessons and realizations on life and death as a funeral videography intern. Due to her family situation, Isabel is cynical and skeptical of everything that comes her way. When she enters the I-libings for her required college internship, she sees it as the worst internship her college adviser could suggest to her. Later as she accumulates her required hours, she realizes that the company is not just a place where videographers make money out of other people’s misfortunes but is a place where the dead and the grieving receive special attention. It all comes full circle when Isabel is faced with an unusual family tragedy. Isabel realizes that her internship might have been just 200 hours, but the lessons that the I-libings left her would last a lifetime.

Want to watch “I-libings“? Then catch the movie during Cinemalaya 2011 from July 15-24, 2011. You can visit their website for screening schedules. 😉 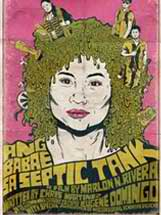 According to the Cinemalaya website, here’s the film’s plot:

“Ang Babae sa Septic Tank” chronicles a day in the life of three ambitious, passionate but misguided filmmakers as they set out to do a quick pre-prod at Starbucks, a courtesy call to their lead actress, Eugene Domingo, and an ocular inspection of their film’s major location, the Payatas dumpsite. Director Rainier, Producer Bingbong and Production Assistant Jocelyn are well-to-do, well-educated film school graduates who are dead set on making an Oscar worthy film. They believe they have a winning script, the energy and the drive to make their dreams come true. Like most filmmakers they know, they have devised a screenplay that will show the real essence of our culture: poverty. In the course of one day, they brainstorm and exhaust all possible treatment of their project: the story of Mila (Eugene Domingo), a mother from the slums, who out of desperation to survive, has sold her child to a pedophile. As they discuss the possible executions of the story, the movie-within-a-movie gets reborn in Jocelyn’s imagination several times. As a gritty no frills neo-realist film, as a glossy musical, as an over-the-top melodrama and as a docu drama using non-actors. For their last task of the day, they visit the dumpsite for the first time. As filmmakers gunning for authenticity, they get excited with the ”beauty” of the squalor around them. Soon enough, they are faced with reality as they come face to face with the real effects of their chosen subject. Babae sa Septic Tank is a comedy about misguided ambitions, the art of making art and the romanticization of poverty.

“Ang Babae sa Septic Tank” is part of Cinemalaya’s New Breed (Full Length) Section. Together with 8 other movies, it will get prime screening times during the festival which will unreel July 15 and run till the 24th.

I’m very keen on watching this one, if only to judge how Advertising Executive Marlon Rivera directed his first opus. 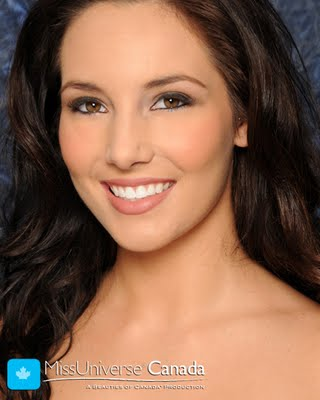 Chelsea Durocher, 20, ousted 54 other ladies on her way to be crowned Miss Universe Canada 2011 last June 25. She will now banner her country in the Miss Universe 2011 in Sao Paulo, Brazil. The 5’9″ eye candy from Tecumseh, ON is a College Junior at the University of Windsor (majoring in Drama) and was actually Miss Global Teen Canada 2010 and 2nd runner-up in the Miss Global Teen Pageant which was coincidentally held in Brazil (Campo Grande, Mato Grosso do Sul) as well. Fluent in both English and French, she works on the side as a children’s fitness instructor and teaches private swimming lessons.

Shamcey Supsup: Is she 100% ready for the Universe? 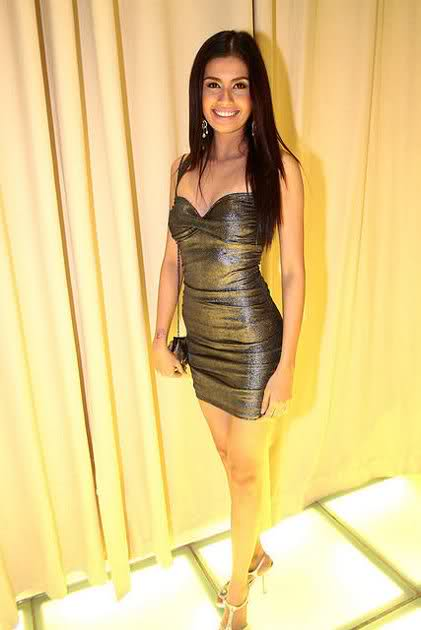 Bb. Pilipinas-Universe 2011 Shamcey Supsup at the recently-concluded Yahoo OMG Awards where she was given the Major Impact Award by the organizers.

How’s our girl Shamcey Supsup doing in her training for Miss Universe 2011? Well, everything is being kept under wraps up to now, except for her regular Portuguese-speaking lessons at Berlitz. I’m certain that she religiously attends her frequent catwalk, make-up and fitting sessions with the pageant masters over at the Bb. Pilipinas headquarters. Thankfully, she remains effervescently beautiful as the day she won the national competition.

On top of this, she has been constantly guesting and appearing in various ABS-CBN (even ANC) shows to further hone her craft in public speaking, projection and all. From this angle, I trust that the network is doing everything possible to heighten her skills in public relations because it will count a lot once she joins dozens upon dozens of contenders in Brazil. 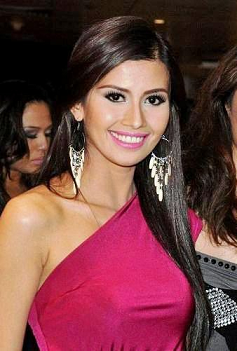 Personally, I still find Shamcey a bit underweight so it would help if her assigned gym trainer and nutritionist focus on this aspect within the next 30 days or so. But more importantly, the question that has been nagging the minds of her fans and supporters is this: Will she undergo a couple of non-invasive (or injectable) enhancements in Colombia before heading to Sao Paolo? Gut-feel tells me that she will. This despite her mother’s opposition to such. One thing is for sure. Just like Bianca Manalo, she will be staying in Bogota for a week (or a little more) to do final fittings for her evening gown and attend some pasarela classes to fine-tune her catwalk and posture on the ramp. Since the route is convenient and the flight from Bogota to Sao Paolo is just approximately 6 hours, this side trip is a no-brainer.

I am on the keen lookout for more of Shamcey’s development on a regular basis. Right now, she has not achieved 100% readiness yet. 80% perhaps? I would love for her to shine like Venus Raj despite the onslaught of raging beauties in the pageant. I know it is unwise to compare the two because they are completely different in looks, personal style and disposition. So what I expect to see is our representative get packaged as a fashionably-relaxed (Aussie-inspired aura if you will) gem with beauty that is more effortless and personality extra spontaneous.

Continuously hoping for the best for Shamcey! 😉

Jung So-ra has waited long enough for Miss Universe 2011. Will she be rewarded? 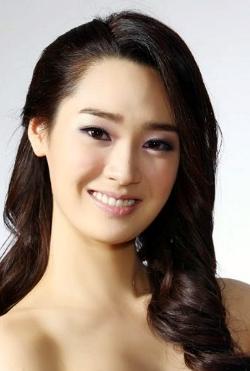 Jung So-ra was crowned Miss Korea 2010 last July 25, 2010 and earned the right to represent South Korea in Miss Universe 2011. But that was 11 months ago and this pretty Asian has had more than enough time to train and polish for the pageant. Even before she packs her numerous luggages for Sao Paolo, Brazil, she will have already spent one full year of preparation. Will her patience be rewarded in due time?

This 20 year-old, who stands 1.71m, is a multi-linguist. She can speak Korean, Chinese, Japanese, Russian and English. It’s a pity she did not master Portuguese because that would have come in handy when she begins her conquest for the Miss Universe crown. But I’m sure she took some lessons in the same and could speak more than the required “Obrigado!” (Thank You!) or “Bom Dia!” (Good Day!)

Once she arrives in South America before mid-August, So-ra will join a bevy of strong candidates from the Asian region to try and pin down another victory that would equal Riyo Mori’s in 2007. Will she stand out? We’ll see. 😉

Mark the date! Kylie Minogue Live in Manila on July 5!

The wait is almost over...Kylie Minogue will invade Manila on July 5!

Finally! Kylie Minogue has included Manila in her Aphrodite World Tour 2011 and will hit the Araneta Coliseum on July 5. That’s a Tuesday, but regardless of work the following day, I am getting my tickets for the concert. I’m absolutely sure that this one hot Aussie will fire up the stage with her out-of-this-world performance, dazzling production numbers and ultra-danceable tunes.

See you guys at Araneta! 😉

Miss Universe Australia 2011: Who among these ladies will be Brazil-bound?

Who will win the crown currently being held by Jesinta Campbell (in photo above, right) who placed 2nd Runner-Up in Miss Universe 2010?

If you ask me, I’m having a hard time selecting my favorites because each candidate exudes the kind of beauty (with nice names as well) that will do well in the Miss Universe Pageant. In fact, I can take 10 and field them in Brazil (wearing different sashes) and more than half will definitely shine and get a good shot in entering the Top 16.

At any rate, I’m clicking the ‘like’ button on Amy Sutton (very Jesinta Campbell-like vibe), Alycia Altieri, Scherri-Lee Biggs, Melody Le, Natasha Raleigh and Samara Tugwell. From the remaining ladies, there are still a lot of standouts such as Ashlea Ingham, Rebecca Ronald, Ivana Vrbenski, Samantha Downie and Sally Arnott. Whew! It’s hard to single out a winner so I can only wish each one of them the best of luck this coming Thursday, July 7. I’m certain the eventual titleholder will be another Donald Trump-pleaser in Sao Paolo, Brazil for Miss Universe 2011. 😉

Dalia Fernandez for the Dominican Republic: a 2nd Miss Universe crown in the offing? 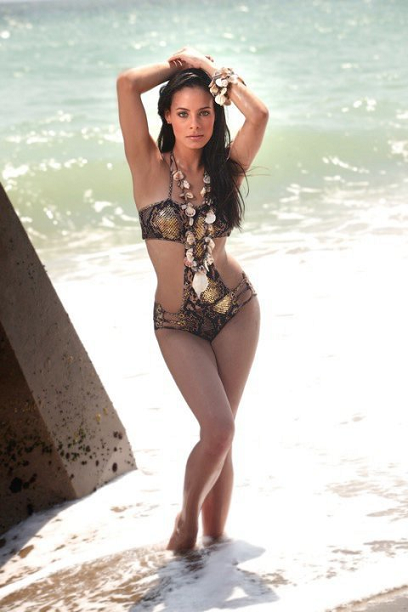 The Dominican Republic has always been a strong performer in international beauty competitions. In the Miss Universe Pageant alone, the small Carribean island takes pride in having several final and semi-final placements, aside from Amelia Vega taking the crown itself in 2003.

This year, Dalia (plus her handlers, of course) is taking full responsibility for bringing more honors for her country in Sao Paolo, Brazil. The 5’8″ looker is definitely in her comfort zone. Having joined and placed 1st Runner-Up in Reina Mundial del Banano 2009, she knows the twists and turns of the game.

What’s more, she has already made her presence felt by visiting New York City (where Donald Trump holds office) and got involved in some controversial news when a losing contestant (Eva Siskos) in her national pageant claimed that Dalia paid more than US$100,000.00 to insure victory. As expected, denials ensued and the publicity even upped the latter’s popularity meter.

Let’s see how far Dalia will go in Miss Universe 2011. If she deserves to win, then so be it. Otherwise, I would love to see a fab queen take it all in Brazil. 😉

If you have been mesmerized by Cirque du Soleil in the past or have not yet watched a single mind-blowing performance of the same, then here’s the chance to watch their touring show titled “Varekai” which will stay in Manila till late July before moving on to Sao Paulo, Brazil by September.

“Varekai” will be staged at Grand Chapiteau at the Quirino Grandstand Manila near Rizal Park (You’ll be surprised at how they transformed their area into a huge performance venue). Get your tickets now before their Manila tour ends next month.