Janicel Lubina: Wishing she was part of Bb. Pilipinas 2014

I couldn’t help uploading the photo of Janicel Lubina above where she is being sandwiched by Bb. Pilipinas 2014 Official Candidates Nichole Manalo and Ednornance Agustin. She must be secretly whispering to them: “Sana ako din kasali” (Wish I also joined).

But don’t lose hope, dear Janicel. There will still be Bb. Pilipinas 2015 to look forward to. By then, your simultaneous contracted commitments as Miss Bikini Philippines 2013 and Miss World Philippines 1st Princess will have already expired.

Who knows, you might even be the lead entrant of Kagandahang Flores when the time comes.

And you will hopefully have the well-deserved attention to yourself instead of competing with a dozen camp sisters. (Of course, Rodgil would have another set of hopefuls to go with her, but let’s give it to the exotic Palawena for now) 😉 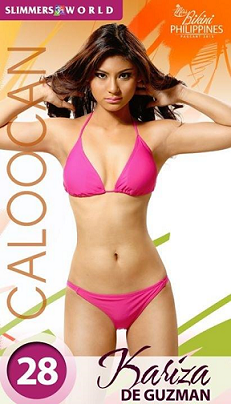 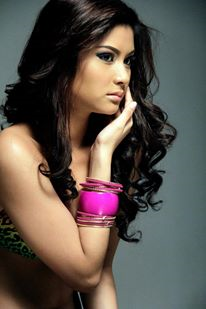 We have another Bulakenya here in the person of 5’7″ cute babe Kariza de Guzman who participated in Miss Bikini Philippines 2013 before finally gearing up for the more exacting demands of Bb. Pilipinas.

Running under the banner of Kagandahang Flores, the Pulilan native filed her application during the last day. With the stressful (and tiring) screening callbacks happening anytime soon, will she have the will and determination to last till the end? Will she get the good fortune of becoming an Official Candidate for Bb. Pilipinas 2014? 😉

Another one for your consideration: Zahara O. Soriano

Here’s another potential joiner for 2014. And she’s 100% Pinay for a change, despite the Z and the desert-sounding name.

Zahara O. Soriano is 19. Her height is 5’8″ (although I think she’s an inch shorter) and with vital stats of 34-24-35. Having joined two (2) beauty pageants this year (Miss Resorts World Manila 2013 and Miss Bikini Philippines 2013), the girl already has a pretty good idea of the ins and outs in the scene. Don’t you thinks she has a bit of Dindi Gallardo vibe in her?

But first things first. She needs to be taken by one of the beauty camps. And I’m being led to believe that KF might get the first option on her.

If Zahara ends up enlisting and screening early next year, then she must have already started training. Let’s wait and see. 😉

Janicel Lubina: too soon for MWP2013? 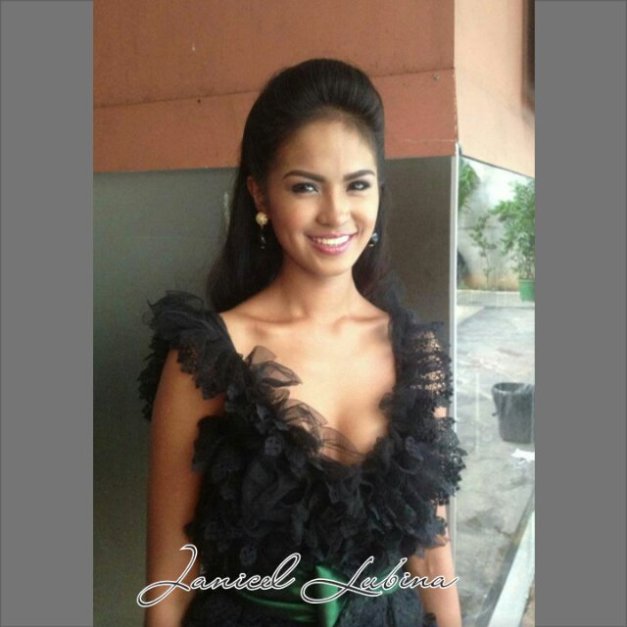 Janicel Lubina won Miss Bikini Philippines 2013 last April. And she wasted no time basking in the victory, including TV guestings where she expressed her keen desire to become a Binibini someday. And we all know that she is supposed to be the Philippine representative to Miss Bikini World (or is that Bikini International?). So where does her surprise appearance in the nth and hopefully final final screening of Miss World Philippines 2013 stand?

Don’t get me wrong. I like this girl. But isn’t she just taking in a lot of pageant endeavors in a short period ever since topping her last competition? Doesn’t she have existing contractual responsibilities to the organizers of Miss Bikini Philippines? Or is the latter just turning a blind eye (read: giving their blessings) amidst this curious development involving their reigning winner?

I hope her handlers are guiding Janicel with utmost care and advise. The girl has potentials.

If you’re free Friday night (May 17), don’t forget to catch the TV airing of Miss Bikini Philippines 2013 on Studio 23 at 9:30PM. Watch the promising Janicel Lubina demolish the competition and win the title. 😉

Something must really be about water or water-related places/activities that brings good luck to Janicel Lubina. Last year, she was crowned Miss Scuba Philippines. This year, she continues the conquest by succeeding Abbygale Monderin as the new Miss Bikini Philippines. As a result, she will represent the country once more in either Miss Bikini International (in China) or Miss Bikini World (in Europe). And if all goes well, she might even do better than duplicate her runner-up placement in Miss Scuba International 2012. So I say, send her to Europe where her type of beauty will glow and be noticed even more.

Just a thought…would Janicel have been just as successful with the water-celebrating Miss Philippines Earth 2013? 😉

Anyways, Congratulations to all the winners! 😀

The 35 Official Candidates of Miss Bikini Philippines 2013: See any familiar names and faces?

What do Ladylyn Riva, Kariza de Guzman and Janicel Lubina have in common? Two things.

First, all three have previously joined national and/or familiar beauty pageants. Ladylyn was an Official Candidate of Bb. Pilipinas 2011. Kariza took part in Mutya ng Pilipinas 2012. Janicel is the reigning Miss Scuba Philippines who represented the country in the international finals held in Indonesia.

During the ‘Strictly-by-Invitation’ Press Launch of the beauty and fitness competition held at the Diamond Ballroom of Diamond Hotel last Thursday, 35 ladies were presented to members of TV, broadsheet and online media. From this group, two winners will earn the right to wear the Philippine sash in China’s Miss Bikini International 2013 and a still-unspecified European host city for Miss Bikini World 2013.

Reigning titleholder Abbygale Monderin (who recently participated in Bb. Pilipinas 2013) was on hand to usher in this year’s contenders.

According to the organizers’ press statement:

The Miss Bikini Philippines 2013 thirty-five (35) official candidates go beyond just being epitomes of beauty. They also uphold the importance and practice a healthy lifestyle through good hygiene, proper diet and regular exercise. They will dynamically promote the importance of health and fitness that generate a person’s desired beauty and body. All 35 official candidates will be housed, for 19 days, in one venue in order for Slimmers World to instill discipline and provide knowledge on the importance of living fit and healthy. Our advocacy can greatly benefit the country by decreasing the number of health-related problems which takes a big part in financial and human resources.

Finals night is scheduled on April 25, 2013 (Thursday) at the SM Mall of Asia Arena.