Over the weekend, I was pleased to have been invited to judge the finals of Miss Philippines Earth Malay 2015 at the Activity Center in Malay, Aklan. It was such an efficiently-organized beauty pageant that clocked in under three hours – a record of sorts in provincial competitions where the winners usually get to be announced at around 2-3am or worse, 4am. And I must admit how happy I was to be in the company of wonderful individuals who made the whole exercise more fun and exciting. There’s host Miss Philippines Earth 2013 Angelee Delos Reyes and fellow judges Miss Philippines Earth Fire 2015 Carla Valderrama, Miss Philippines Earth Eco-Tourism 2015 Jona Sweett and TV character actor Yussef Esteves. We all had a grand time, in addition to the continuous hospitality of Designer Adriano Samar and the Production Team with Tresha Lozañes and Raffy Cooper. Mylene Misolas of Carousel Productions was there to crown the winner, while upcoming showbiz talent Ryan Paul Artienda (who was Mr. Olive-C 2014) serenaded the candidates.

Eventually, the big winner – Honey Christy Bandiola of Manoc Manoc – was crowned after a close fight with Miss Air Fleur Talamisan and will now represent Malay, Aklan in Miss Philippines Earth 2016 scheduled earlier for April instead of the usual May finals. 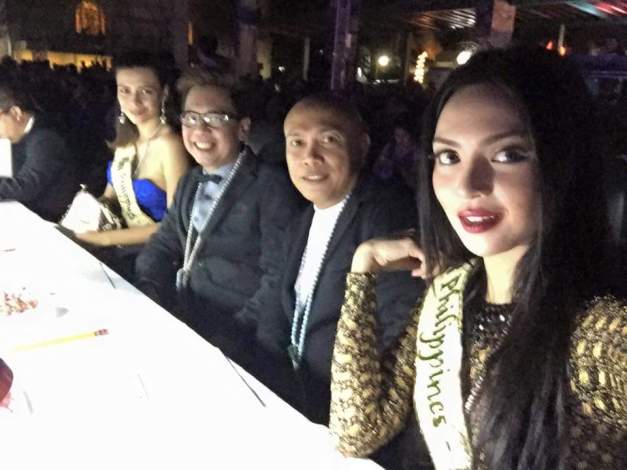