The question has been making the rounds of online message boards, social media circles and even in the middle of not-so-hushed talks among pageant followers huddled together in get-togethers or coffee dates. Does Catriona Gray have even the slightest chance to lose the Miss World Philippines 2016 crown which has already been virtually placed on her head as far back as the day that she announced her candidacy?

I must admit. You cannot find fault in Catriona Gray. Some kibitzers are saying that she shouldn’t be too sweet as to lose whatever minimal spunk she possesses in her regular aura. Other than that, I see no reason for her to walk away with just a Princess sash across her catwalk-trained body. And it actually saddens me a bit that I’m not even giving another contender or two a substantial chance to prove their worth. It just cannot be helped. Miss World Philippines has now become a national pageant where you can zero in on the clear winner from Day 1.

True. The 2015 edition provided a sprinkling of jitters during the finals among the pro-Hillarie Parungao fans and followers. But with the dead giveaways of numerous Special Awards being thrown in her way, there was only an iota of doubt that the likes of Cassandra Naidas or Mia Allyson Howell would be able to pull the rug from right under Hillarie’s dainty feet.

And so we come to this. With hesitation, I am now making a forecast on the four (4) Princesses who will make up Catriona’s court. With the #1 spot already a clear triumph for Candidate #13, let us see which quartet will stand beside her at the end of the finals. 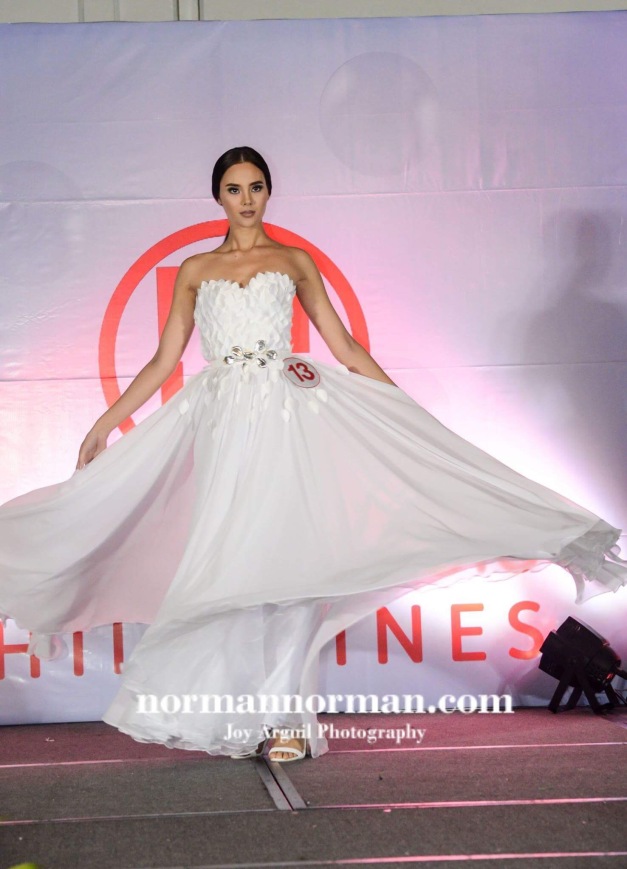 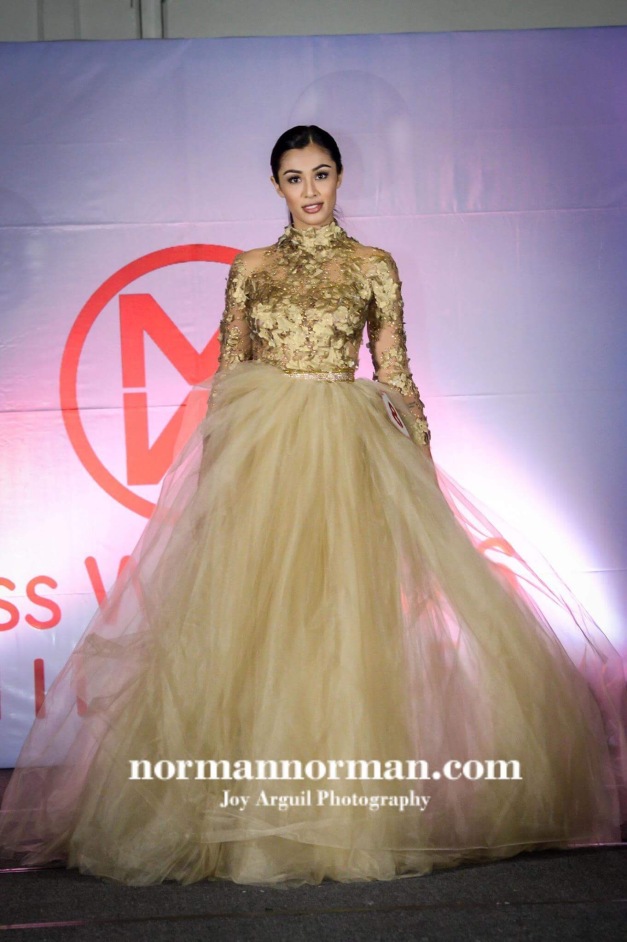 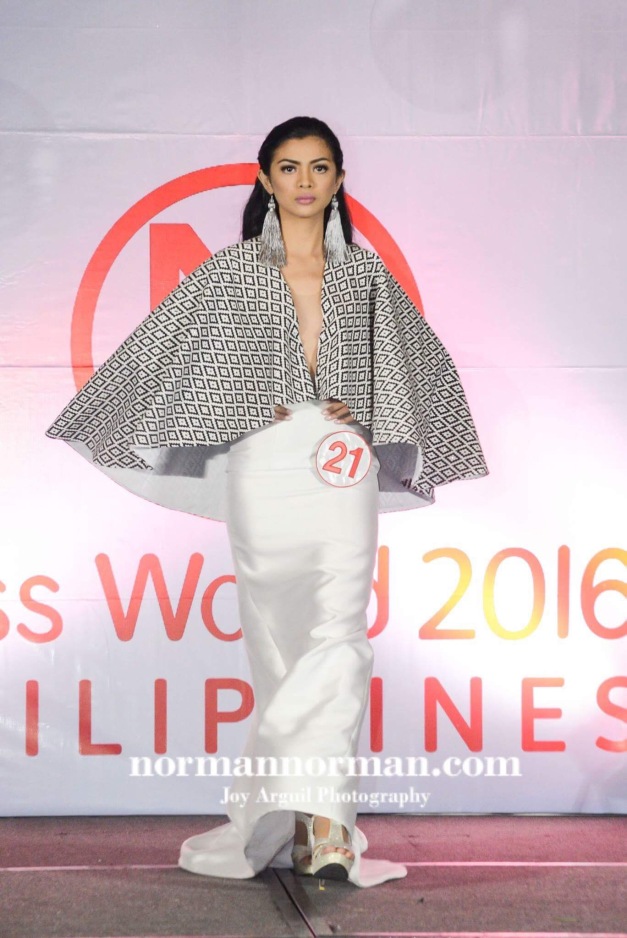 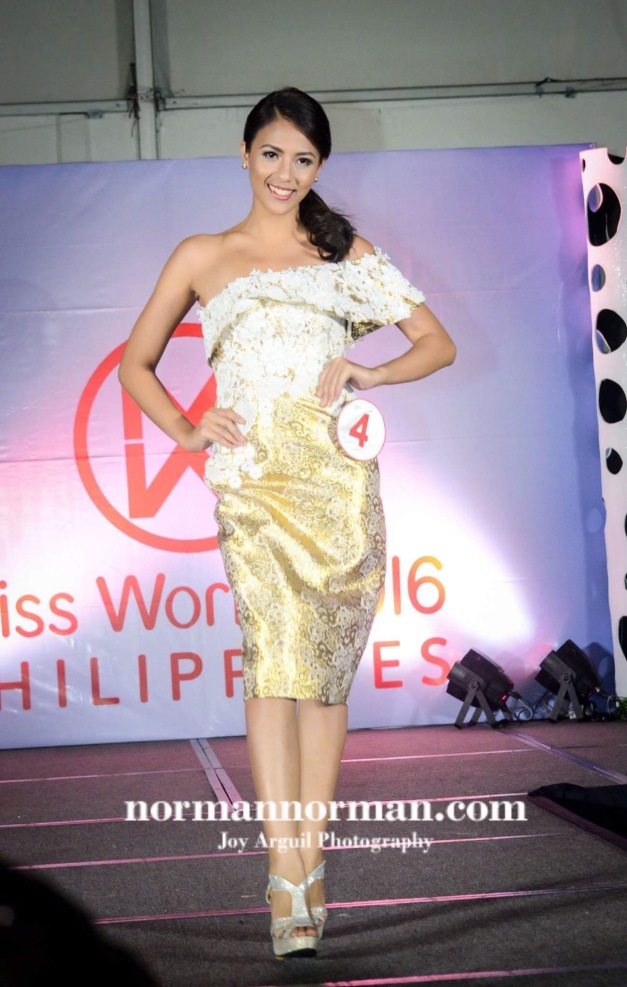 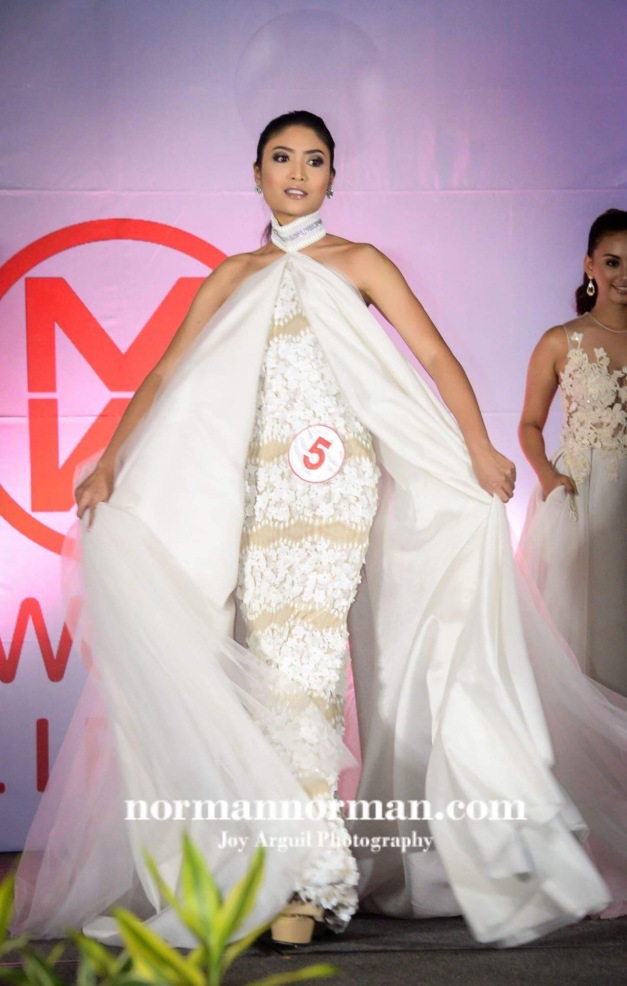 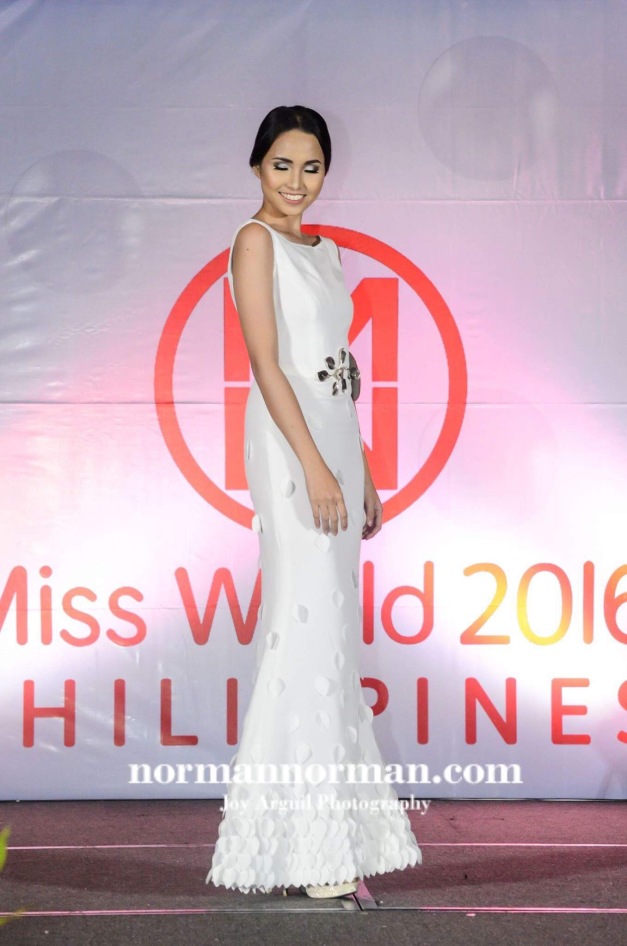 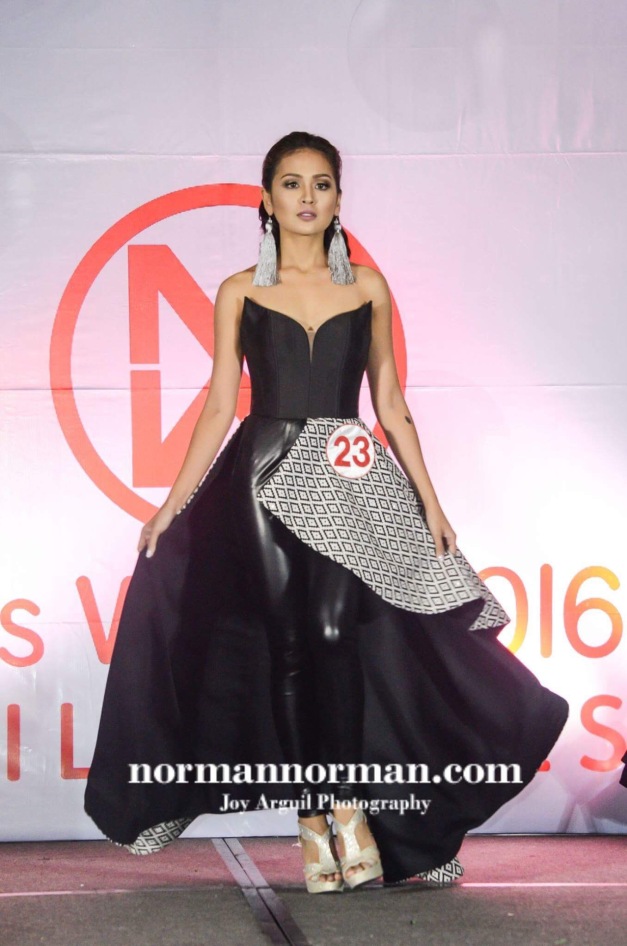 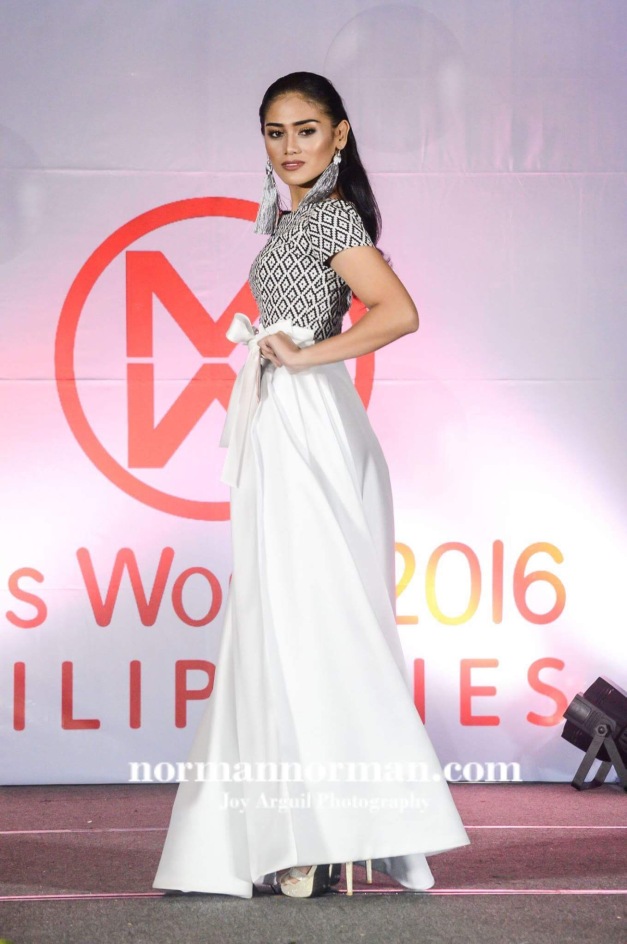 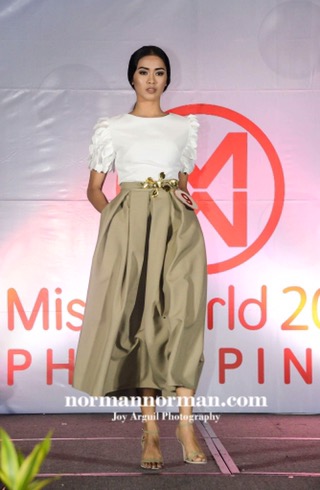 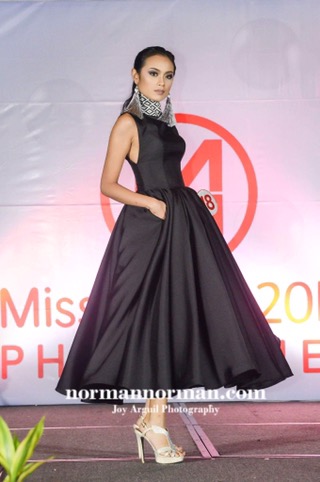 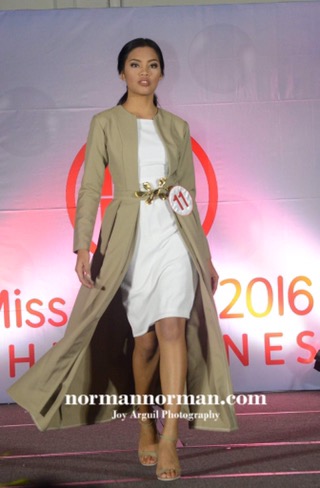 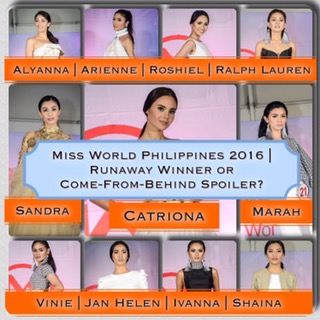 Sandra Lemonon is my 1st Princess. And in this placement, she is already considered a lock after getting a clear view of how the pre-pageant activities unraveled.

As for 2nd Princess, it could still be a toss between JDV entry Marah Muñoz and crossover A&Q bet Alyanna Cagandahan. The edge might be provided by the speech to be delivered towards the last half-hour of the program.

4th Princess for me is Arienne Louise Calingo. But this spot remains precarious still. Independent comer Roshiel Asingua, Kris Bernal-deadringer Ralph Lauren Asuncion or even the sweet Vinie Dy Quiangco could jockey up for that one last spot to make up the magic circle.

Regardless, the one sure thing that can no longer be contested is the practically foregone conclusion that Catriona Gray will be Washington, DC-bound for Miss World 2016. It’s something that only a person of less shimmer and runaway popularity can ruin the contest’s reputation.

And so, we now sit back and await the formal announcement. 🙂 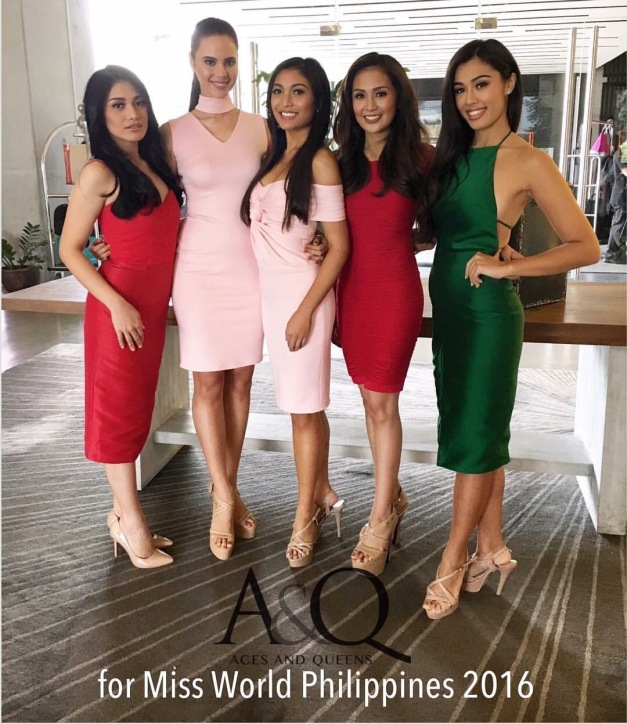 During yesterday’s general screening of Miss World Philippines 2016 at the B Hotel in Scout Rallis, QC, five (5) ladies easily stood out among the rest. They are the ones who have been groomed by Aces & Queens for the pageant. And early pageant forecasts are saying that the title is virtually set in stone for one of them.

Catriona Gray, Sandra Lemonon, Arienne Louise Calingo, Vinie Dy Quiangco and Ralph Lauren Asuncion are raring to go full blast in their hunt for the crown. It could be for the experience or the earnest effort of four of them to try and snatch the crown from the heavy favorite Catriona.

Could these five be the eventual Top 5 national finishers in 2016? Or will KF and the other camps (including independent ones) steal the thunder from one or two of them.

Watch out for the final screening scheduled this coming August 23 where the final slate of Official Candidates will be known. 🙂 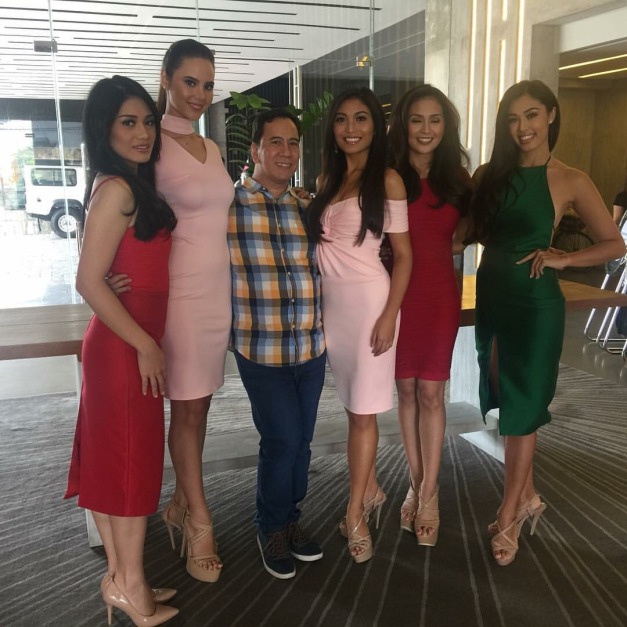 The five ladies with Arnold Mercado of Aces & Queens 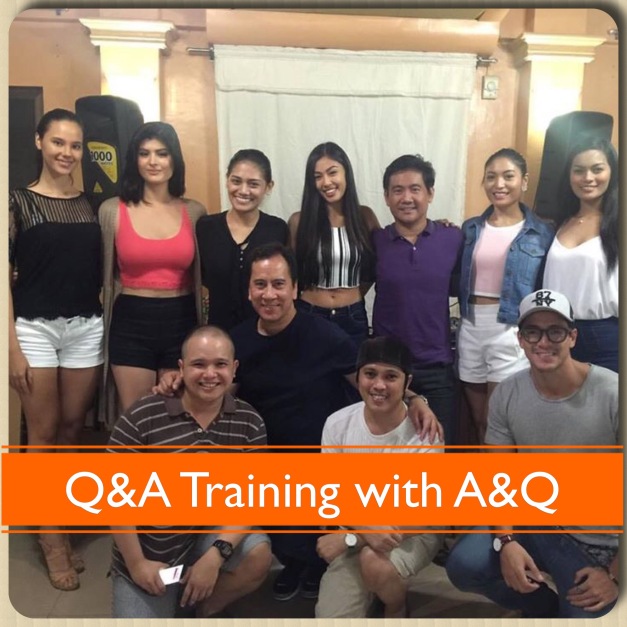 There are no rigid structures in the way such public speaking enhancements are reinforced in each one. The natural ability of the individual to express his or her thoughts are circled around and improved so as not to veer away too much from the spontaneous nature inherent in the trainees.

Anyways, watch out for the six ladies above and how they will ne polished in time for their respective competitions. 🙂