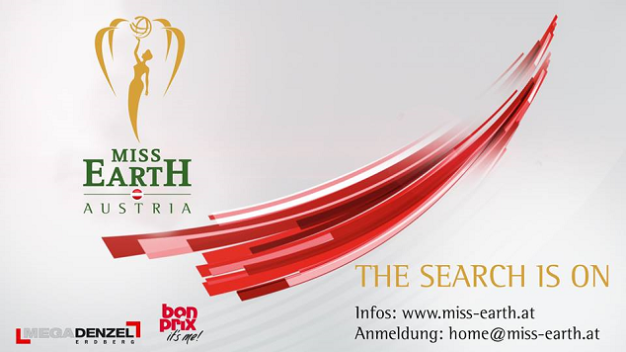 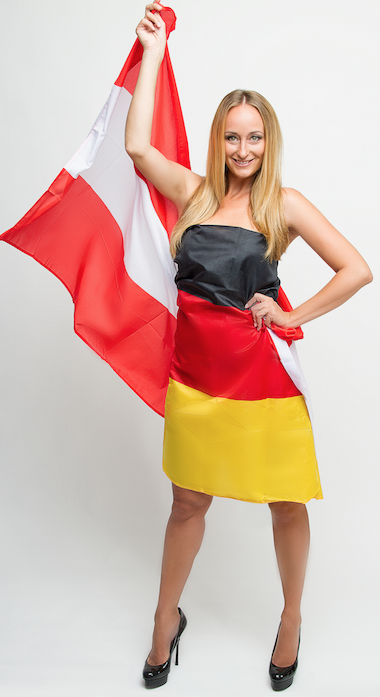 According to the website of Miss Earth Austria, CEO Sina Andrea Schmid is described as follows (translated from German to English):

“Sina Andrea Schmid, a native of Upper Austria, is a mother of two and has worked since the age of 16 in the pageant business.

She started her business from scratch. Back in November 1, 2011, she brought the project of Miss Earth to Austria for a long-term plan.

The winners of the Miss Earth competitions act as worldwide ambassadors for environmental and social issues. Pretty, young women draw attention to injustices in society and a variety of environmental issues and show great interest and Commitment in the humanitarian field and in the field of environmental protection. 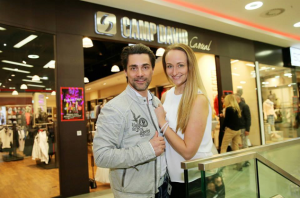 With Katia Wagner, Miss Earth Austria 2013, she was the second best placed during Miss Earth 2013. So it’s no coincidence that the motto of the Miss Earth “Beauties for a Cause” is beauty for a purpose.

“For me, Miss Earth gradually became my third baby. My team and I are working very hard to redefine the image of Miss Austria and repeatedly show on what a great young women we have in our country, to which we can be proud,” said Sina Schmid.

“What you do, the way you think, makes you beautiful,” wrote Scott Westerfeld and describes in a short sentence the idea of ​​Miss Earth.

“In our society we often forget that the most beautiful person in the room is rarely the one with the most beautiful hair, the best make-up, the smallest waist or the most fantastic outfit. But society can be very difficult to turn, that’s why we play this game with the beauty and put a young, pretty women for the good cause.”

Beauty operates at Miss Earth as an end and not a means. 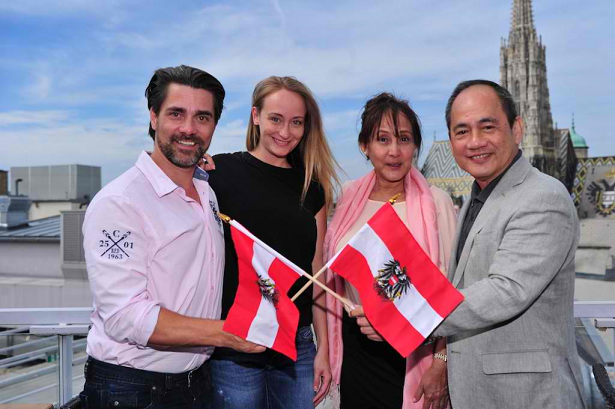 “I think that we all need role models to influence others towards change and to move masses. So why should we not stand on our Earth for the beautiful beautiful women?! The idea that a woman’s beauty, does not reduce itself to an aesthetic body full of shinies on her dress, or the height of her heels and defined, but is considered by far more essential, more of their personality, their character, and their values, her body, her dress and her high heels to fill.” 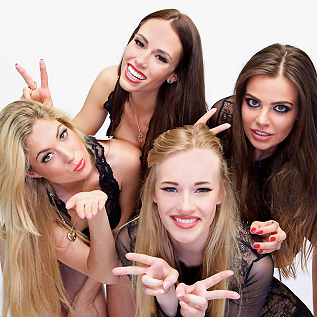 Right now, Sina is multi-tasking to the max. Aside from finalizing negotiations with Ramon Monzon and Lorraine Schuck of Carousel Productions for the hosting of Miss Earth 2015, she is also actively involved in the search for Miss Earth Austria 2015 who – aside from succeeding Valerie Florine Huber – will become the host delegate this year. The winner should be crowned in a month’s time.

It’s all systems go for Austria as the European nation goes full blast with pageantry for 2015. And Sina Schmid will be on top of everything, for sure. 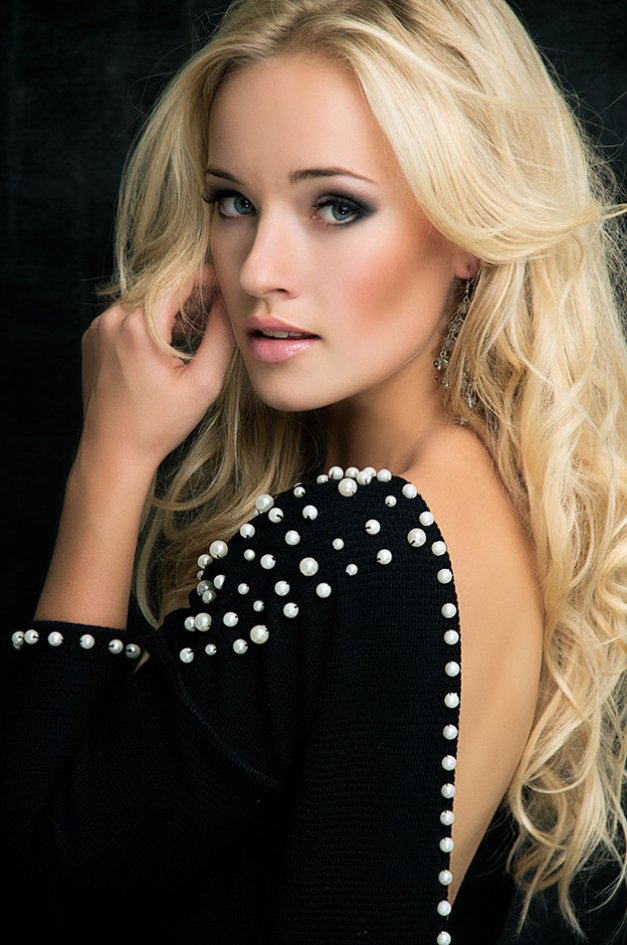 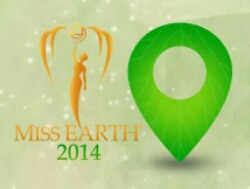 Starting today, I will be posting solo features on the environmental advocacies of the Miss Earth 2014 in order to familiarize you with their individual causes for Mother Earth. And since this is in connection with the Yahoo Beauty for a Cause online competition, it will also serve to encourage you or otherwise to share what they are fighting for.

If Valerie Huber’s eco-thrust is convincing enough for you, then head on to this LINK, click on Miss Austria, then share her page on your preferred social media site (Facebook, Twitter, Pinterest or LinkedIN). Don’t forget to tag @YahooPH and hashtag #MissEarth2014. 🙂

The Early Favorites of Miss Earth 2014? 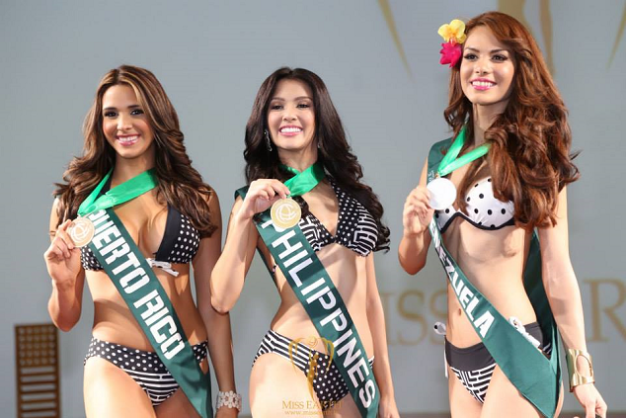 Being Darlings of the Press (left to right): Franceska Toro of Puerto Rico, Jamie Herrell of the Philippines and Maira Alexandra Rodriguez of Venezuela are considered early favorites for Miss Earth 2014. The other ladies to you may want to keep an eye on.

Based on the Press Presentation the other day, these ladies are considered the early favorites for Miss Earth 2014. Of course, it’s too premature to make any predictions. But it would do well to watch out for the ones who have created initially positive impacts.

And they are, for starters, the three Darlings of the Press – Jamie Herrell of the Philippines, Maira Alexandra Rodriguez of Venezuela and Franceska Toro of Puerto Rico.

Aside from the named trio, look out for Valerie Huber of Austria, Leticia Silva of Brazil, Aisha Isabella Hansen of Denmark, Laëtizia Penmellen of France, Lydia Marcella Manani of Kenya, Zaira Bas of Spain, Hereata Ellard of Tahiti, Sasi Sintawee of Thailand and Cartier Zagorski of Zambia. 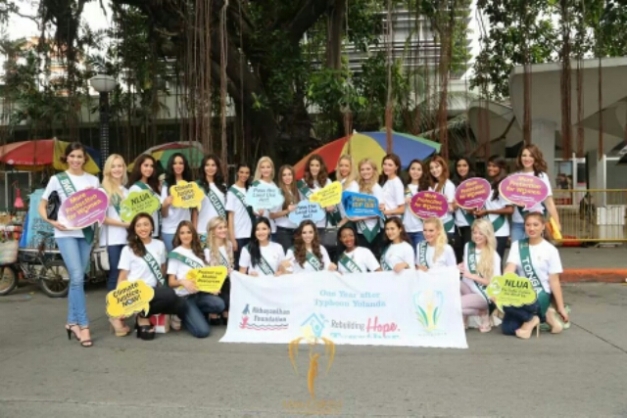 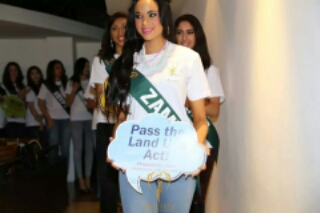 As early as this past weekend, the checked-in candidates of Miss Earth 2014 have already started with their activities. With one group (led by Miss Philippines Jamie Herrell) going to Hannah’s Resort in Pagudpud, Ilocos Norte, the remaining ladies have been kept busy by the Rebuilding Hope Project of Akbayanihan Foundation where they started shouting out their causes in more animated placards than the usual rally-identified signboards. Some of them have taken on the initiative of leading on the charge like Miss USA Andrea Neu who took the opportunity to speak in front of everyone during the event.

The rest of the arriving delegates should have already registered by now. Tomorrow’s Press Presentation at Green Sun Hotel awaits. 😉 This year's Earth Warriors during the Rebuilding Hope Project 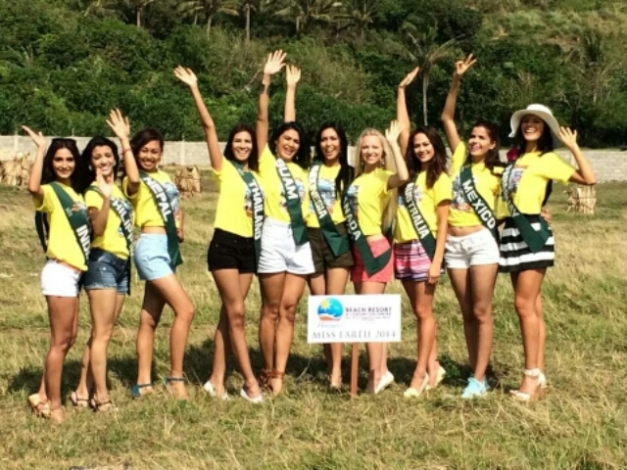 This first group of 10 went to visit Hannah's Resort in Pagudpud, Ilocos Norte.

P.S. It might interest you to watch the TVC promoting Miss Earth 2014 on Mexican television. Watch below. 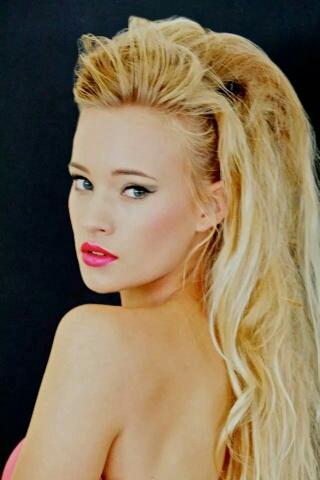 Her face reminds me of a Hollywood celebrity

Positively spurred by the successful placement of Katia Wagner as Miss Air during Miss Earth 2013, the organizers of Miss Earth Austria have placed their full confidence in her successor to nail another good ranking in this year’s competition.

Blonde beauty Valerie Florine Huber is the girl. Laid-back in aura with a face that reminds me of a cross between Hollywood celebrities Reese Witherspoon and Patricia Arquette, she hopes to improve on her country’s performance. That would be a real challenge, though, because it’s either she matches the 1st Runner-up reach at the very least or nail the top crown in order to meet the objective.

But I’m interested to see and hear more of this Austrian lass the moment she arrives in Manila late next week. I read that she is very excited about her first trip to the Philippines. 😉