normannorman.com’s Top 15 for the Preliminary Q&A

I reviewed my favorite interviews three times (reason why I lost some sleep doing so), and double-checked on one or two I might have overlooked. And this is what I came up with.

While I am still waiting for Part 2 of Episode 6 – Game Changer – on the Ring Light Series, this is how I sized up the first dozen.

After finishing 6.1 – or the first of four parts of the Miss Universe Philippines Preliminary Q&A (which runs 1.5 hours) from Aklan to Camarines Sur – I am pleased overall.

I love eleven of the twelve ladies who were interviewed in the first batch. Practically everyone articulated themselves well. But I have to share my Top 3 in terms of clarity of thoughts, delivery and an overall impactful performance in front of the judges. They are:

1) Pauline Amelinckx of Bohol – commanding; her background as events host worked well in her favor. She communicated with the panel as if they were just having tea and scones on a rainy afternoon.

2) Jan Alexis Elcano of Batanes – nervous all throughout but she took a grip on her emotions and came up with solid answers to all questions asked. Her story on the cargo vessel she took from Batanes to Manila was icing on the cake, and something that the judges listened to with much interest.

3) Skelly Ivy Florida of Biliran – charming and sincere, but with a bite. This was her edge over my 4th-ranked (Aklan). She spoke with honesty and never relied on projecting a sweet image to the judges. She knew what she was talking about.

These are just my personal opinions. To sit through Episode 6.1 is already like watching one full movie. And with the ten questions ringing in my ear and multiplying by 12 can be really challenging. So at the end of it all, the ones who stood out for me are the ladies with truly #MemorableAnswers.

P.S. If you want my Top 5, then I will definitely add Aklan and Cagayan Province. Weakest link for me was Batangas. 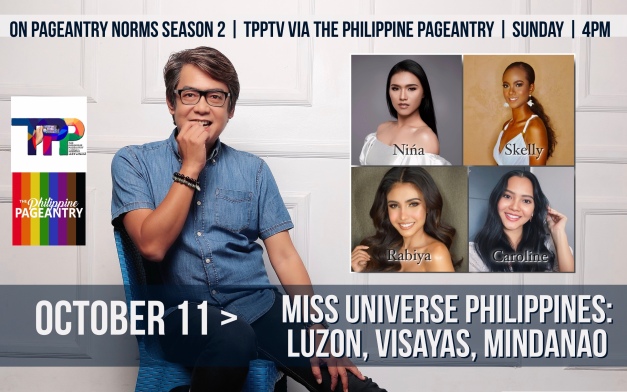 Due to her poor internet connection, Skelly Ivy Florida of Biliran was unable to join.

Watch the #phenomenalwomen of Miss Universe Philippines in this digital commercial for Morris Garages (MG):

FYI, the eventual winner will win one brand-new unit of this cool vehicle. And this is like a great addition to the prizes of MUPH.

From Luzon to Visayas to Mindanao, we travel virtually with these four (4) #phenomenalwomen of Miss Universe Philippines 2020 and do checks on their preparations for the upcoming finals of the competition.

And then we put it all together for everyone in an interactive discussion this coming Sunday, October 11 at 4pm – only on #PageantryNorms via TPPTV in The Philippine Pageantry. You can also watch in its Youtube channel where the episode will premiere simultaneously. 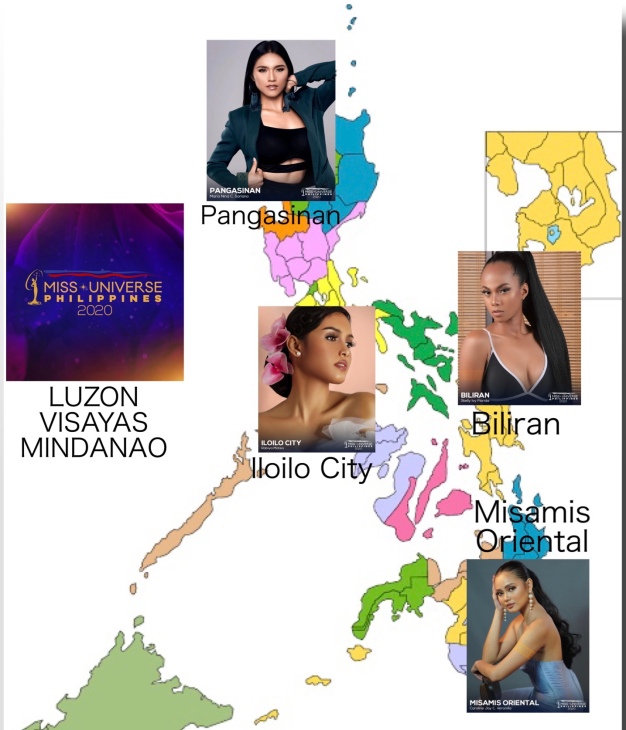 As a pageant blogger, I’m supposed to come up with my new hot picks for Miss Universe Philippines 2020 by now. But I am still sticking to a good number of these #PhenomenalWomen because each one of them deserve to be seen and heard. The efforts they give in sustaining visibility in social media and other digital platforms – along with the APs and glam teams – are commendable.

So let me present my running Top 25 favorites – or the upper half of the 50 Official Candidates.

Please support each one of them in the competition’s #RingLightSeries.

And you thought I have only one “pasabog” for tonight?

Well here is the second one.

She is undoubtedly #phenomenal in these shots!

Kudos to the APs and glam teams of the Miss Universe Philippines 2020 candidates for coming up with exciting new photoshoots of the #phenomenalwomen! Loving the surprises they give me everytime I check on my news feed.

Below are samples of shots from their latest pictorials. 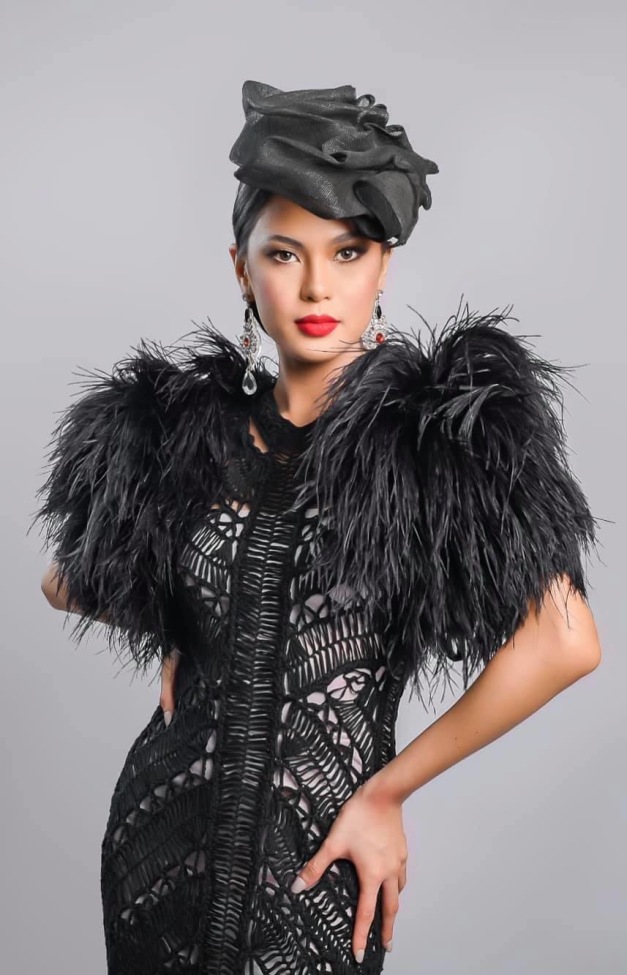 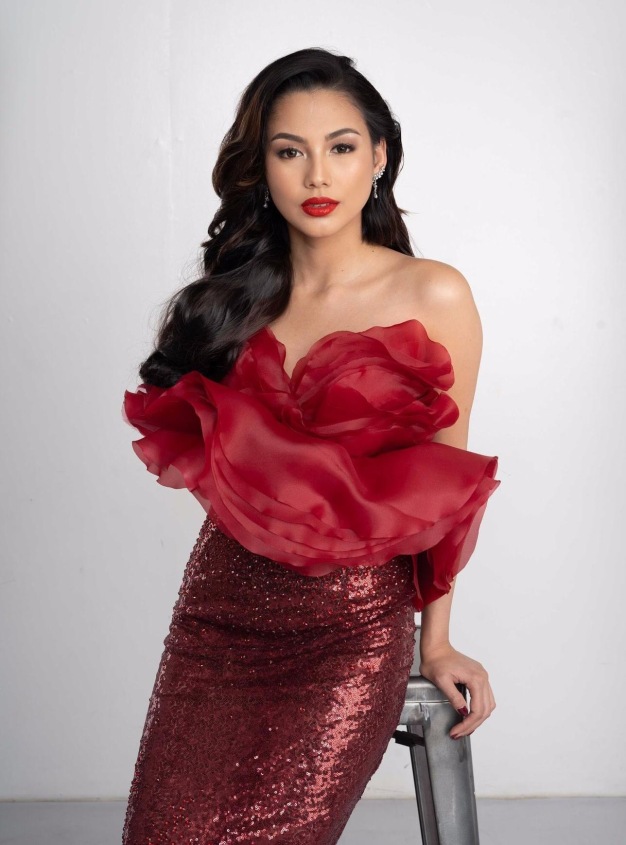 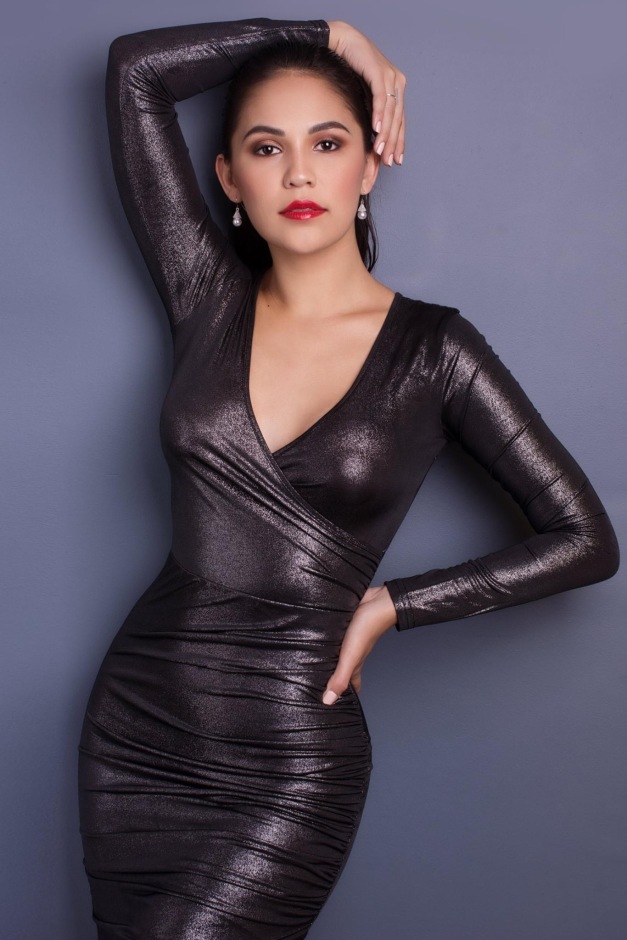 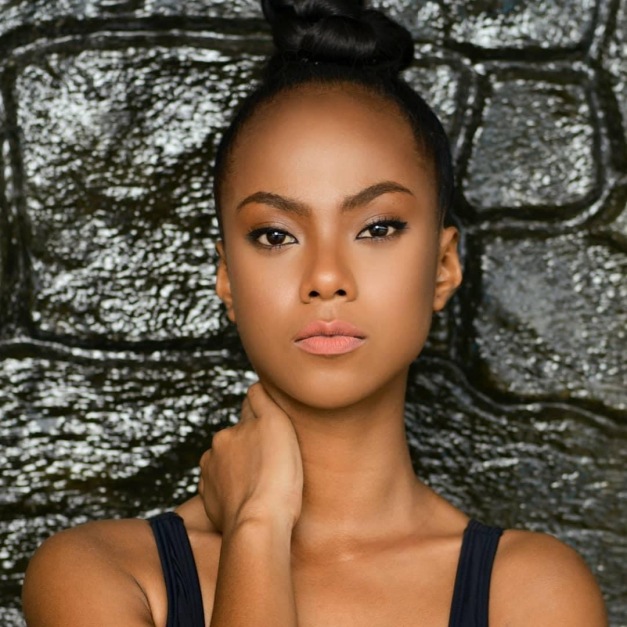 My Favorite Passions among the Miss Universe Philippines 2020 candidates

Having seen/reviewed all the Miss Universe Philippines 2020 candidates and their Passions that #NeverFade, I took the liberty of choosing my favorites among them. I short-listed these ones for different reasons – either close to my heart (subjective) or close to the heart of many (objective) as proven through the actual related activities that they have already started doing before and during the quarantine period:

Alaiza Malinao – Food Security and Sustainable Farming: she who has done a lot of help for the welfare of our farmers and the actual networking of fresh produce from farm to table.

Riana Pangindian – Holistic Well-Being of Teachers: she who has focused on the welfare of the individuals who lead inside the classroom instead of just the students who have always been cared for my many.

Sigrid Grace Flores – Philanthropic Revolution: she who has done Service for Others way before anyone else in the roster of candidates. Philanthropy is usually easier said than done, but she reversed the thought and made charitable acts easier done all the time.

Ericka Evangelista – Teen Empowerment: she who has actually helped mobilized the youth – especially during the quarantine period – with the #BaryaNiJuan project that benefitted more frontliners than initially imagined.

Pauline Amelinckx – Marine Conservation Through Arts: she who has carefully intertwined her love for the sea and love for the children in an advocacy that brings equal amounts of hope and joy to many.

Michele Gumabao – Empower the Youth Through Sports: she who personifies her cause to the max. As a high-achieving athlete, television personality and social media influencer, she used her unique platforms to the best that she can.

Patricia Mae Santos – Women Empowerment: she who transformed the meaning of her advocacy to greater heights by partnering with the Armed Forces of the Philippines for a wider hands-on reach to remote areas while promoting her personal love for reading as a side activity by giving out books for people to read and appreciate.

Skelly Ivy Florida – Inclusive Education: she who has been appointed by her Island Province to be a beacon of hope in a project that aims to include all children – regardless of skin color and mental restrictions – in the mainstream of primary education.

Ysabella Ysmael – Community and Mental Health: she who cares for Mental Health not just as individuals but as members of a bigger community where the psychological well-being of a unified majority can take strength in numbers.

Carissa Rozil Quiza – Education for Indigenous People: And finally, she whose actual studies as Teacher allowed her to focus on the plight of indigenous Mamanwa children who – inspite of significantly lacking in life’s material pleasures – continue to give the biggest smiles from their hearts. 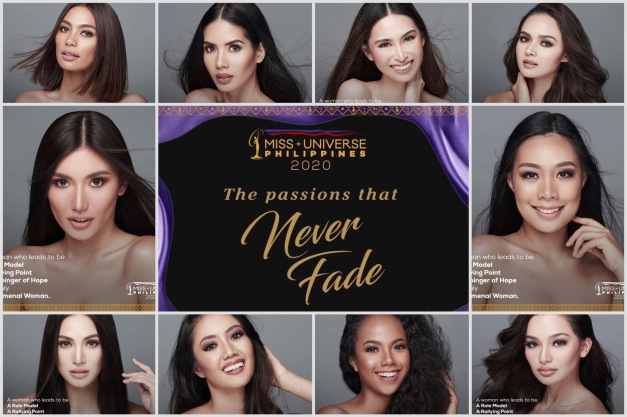 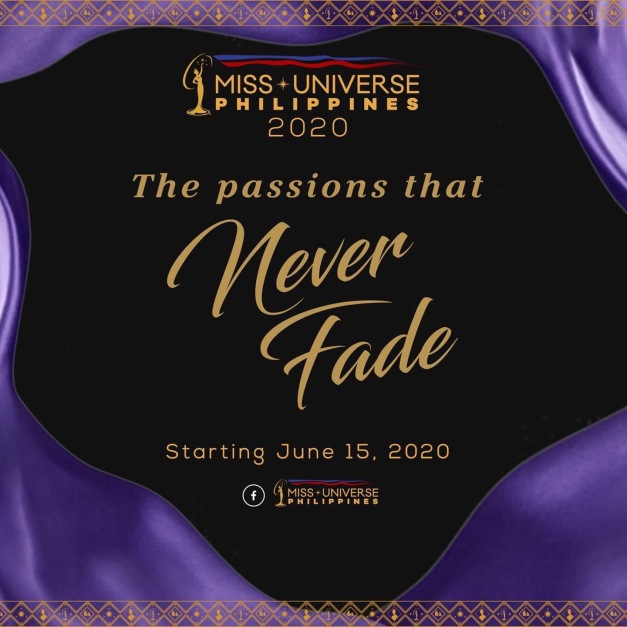 Here is Batch 3 of the Miss Universe Philippines 2020 Candidates and their Passions that never fade for Downy Philippines.

They encapsulate in ten seconds what I have been individually blogging about them for the past two months.