Just some of the most applauded National Costumes for Miss Universe 2017: 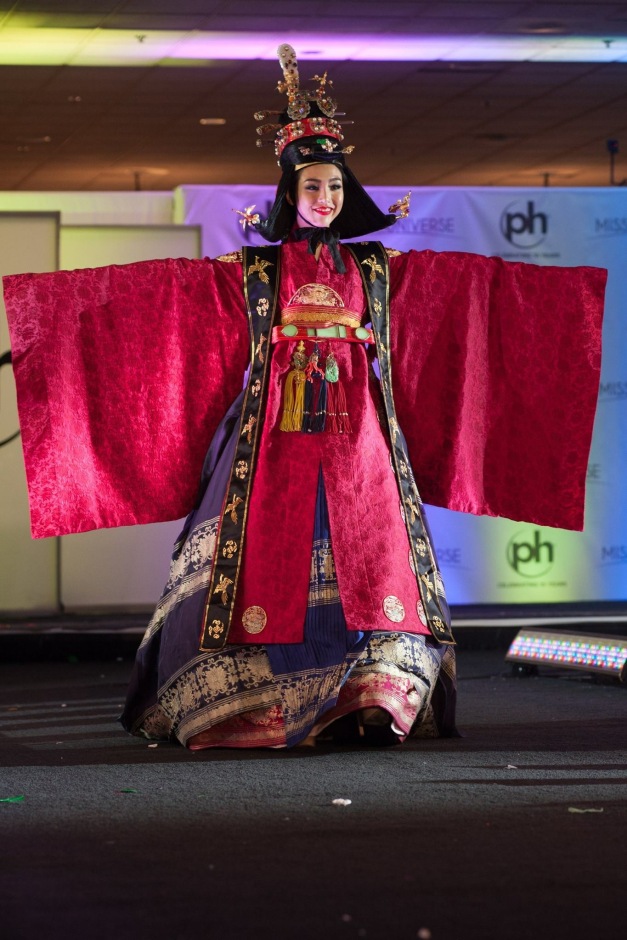 If the Philippines was the host, then the Official Welcome Event of Miss Universe would not be as casually held in front of the hotel residence and venue. It would be a black-tie event with VIPs and Officials attending and the public would be content with just ogling at the candidates from a safe distance in the red carpet.

But this is Las Vegas. And the ladies are only too happy to be within arm’s reach to most everyone watching.

Here is a 30-second clip showing a part of the said event in front of Planet Hollywood Resort and Casino on the strip. 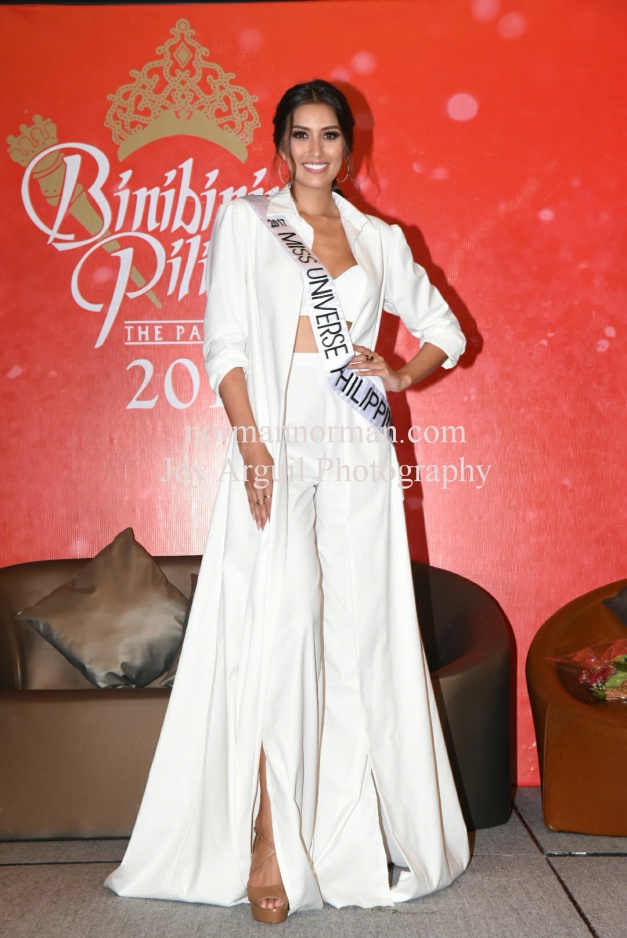 Miss Universe Philippines 2017 Rachel Peters will have her hands full the minute she arrives in Las Vegas for Miss Universe 2017.

Our bet will depart for the host city on Saturday, November 11, via Philippine Airlines. And right after arrival protocols, registration will soon follow with a string of daily activities scheduled as follows:

On-Stage Rehearsals: The onstage rehearsals will take place at a different facility. At this point we have not determined whether or not to allow any audience in the venue for on-stage rehearsals. We will let you know what our security team and executive producer decide.

This is it, folks! This is really it!

The announcement you’ve been waiting for!

This is the cherry on top of the sundae. The Official Announcement from Miss Universe, if you will.

Our favorite beauty pageant will definitely be on December 20 at Planet Hollywood Resort and Casino in Las Vegas.

Start booking your flights. Begin searching for the best hotel rates. Because the lowest-priced ones will run out very soon.

And Miss Universe Philippines 2015 Pia Alonzo Wurtzbach must really be ecstatic by now. 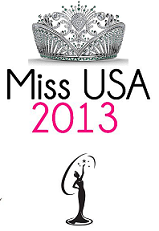 And we have a new Miss USA.

Erin is 25 years old, stands 5’8″ and a graduate of Central Connecticut State University with a degree in Finance and a minor in Criminal Justice.

A twist during the announcement of Top 5 was revealed when a 6th delegate (Texas) was seeded into the finals via Twitter votes.

Erin will now be Moscow-bound for Miss Universe 2013!

Miss USA 2013 Erin Brady being crowned by Miss USA 2012 Nana Meriwether. You do the height.

And you should know by now that Miss Universe 2013 will be held in Moscow, Russia! 😉

Miss Universe 2012: the shortest, the longest and the latest

In what could be the most number of superlatives applied to the most popular beauty pageant in the world, Miss Universe 2012 is coming along nicely as a top contender.

The Latest
– MU2012 is the only edition to be held latest in the year, much like the small Hollywood movies trying to make it to the red flight of theatrical release just to be included in a current year’s playdate. A December 19 is considered very late by everyone, but still qualifies as part of 2012.

– MU2012 is the latest to have a final venue confirmed. Usually, the host city is announced during the telecast of the previous year’s finals. Alternatively, it is revealed at least 8 months before. At the latest, it should have been disclosed during Miss USA. This year, Las Vegas was heralded less than three months from the coronation night.

Leila Lopes can't wait to crown the next Miss U.

– MU2012 has the honor of having an outgoing winner with the longest Miss Universe reign ever. Leila Lopes must feel so stretched and exhausted. I bet she will be way too excited crowning her successor on December 19.

– And don’t get 3/4 of the Official Candidates started on the longest wait because their patience has been tested to the limit waiting for their turn to compete. Just ask Venezuela’s Irene Esser, Puerto Rico’s Bodine Koehler Pena and Indonesia’s Maria Selena. These three are just some of the delegates who eclipsed the one-year mark from the time that they were crowned MU reps.

– The wait, of course, applies to us pageant-watchers and enthusiasts as well. At least we don’t need to diet to the max doing so.

– And to top it all, MU2012 added one more distinct feather to its cap as the edition that will have the shortest period of preliminary activities going into the finals – eight (8) days*. You heard it right, folks. The candidates will only need to arrive in Las Vegas on December 11, spend a few days for shoots along the strip (and the desert areas), plunge into the oh-so-crucial prelims thereafter, rehearse for the finals in whatever is left of their tight waking moments, and get themselves all heated up for the coronation just eight (8) nights after their arrival. Whirlwind is the word that best describes what will transpire during these fateful eight (8) days. It can’t be helped. Las Vegas – which thrives on Fridays/Saturdays/Sundays – can only spare one (1) weekend for the whole thing. And we have to hand it to Planet Hollywood Resort & Casino for accepting the task of ‘freeing’ a good chunk of their rooms (for the delegates and MUO personnel) instead of making money out of it.

– Oh…and need I add that Miss Universe 2012 – whoever the winner will be – should console herself with the victory b ecause she will have the shortest reign ever? That is, unless a dethronement case cuts it even shorter and the 1st Runner-Up ends up with the short end of the bargain. Call it Justine Pasek 2.0 lite. Miss Universe 2013 is rumored to be scheduled middle of next year, so a six-month reign is in the works.

Care to add more to the list, dear readers? 😉

* – New developments have it now that the candidates’ arrivals in Las Vegas will be December 2-3, which add 9 extra days to the preliminary activities – still shorter than the usual month-long Funfare. See Global Beauties’ tweets below.

The essential checklist for Miss Universe 2012

Have you already booked your flights to Vegas? If not, then start doing it now because the airfare won’t be cheap, regardless of where you’re coming from. Try American Airlines or JetBlue or Expedia. From Manila, the most convenient flight segments can be booked with either Philippine Airlines or Delta. On the other hand, the cheapest would be China Southern (via Guangzhou). No Chinese visa needed if transit time is within 24 hours of arrival.

Have you already reserved a room at Planet Hollywood? If not, then boo-hoo! The promo codes may have already been fully used up by the early birds who took advantage of the super-discounted US$40.12/night weekday rate being offered right around the time MUO made the announcement online. Paris Las Vegas, Cosmopolitan, Vdara, Aria, Bally’s and Bellagio may be nearby, but there’s nothing like staying in the same hotel where the delegates will be billeted.

Have you already filed your vacation leave for the all-important date of December 19 (or the week/s surrounding it for those traveling to the US)? If not, then drop by the HR department pronto. You’ll be surprised how many other co-workers have jumped the gun on you and secured approval for theirs.

Now, if you have all areas covered by now, keep in mind that Las Vegas during December can be very cold. Pack your thermal undergarments as soon as you take out the luggage from its hiding place. And add up a few party attires as well. The strip is the place to spend hip, cool and fun-filled all-nighters.

Miss Universe 2012 is definitely on and what better time to witness this beauty spectacle than during the merriest season of the year! 😀