Miss Earth VS the Volcanoes

This should be fun.

Tonight, after the final Resorts Wear preliminaries, a special event will take place where the Miss Earth 2013 candidates will have a friendly poolside match with members of the Philippine Volcanoes. Brazilian hunk Daniel Matsunaga will have a special participation as well.

I reckon that it won’t be a rugby thingy because of the small size of the venue, but friendly games only the Miss Earth organizers can come up with.

Proceeds from this activity will go to the ST Yolanda victims and Miss Earth Foundation. It will all happen at F1 Hotel Manila. 😉 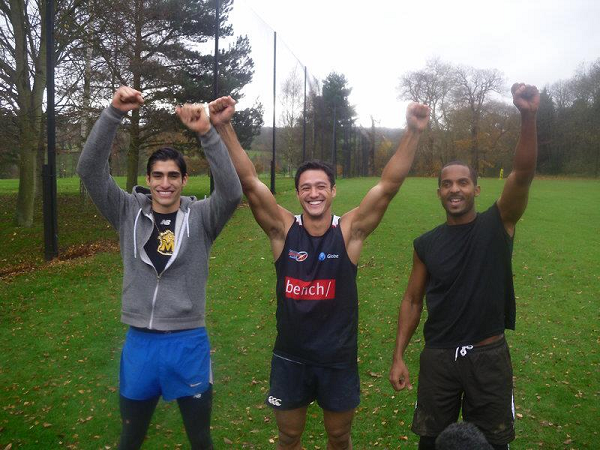 Mr. World Philippines Andrew Wolff after winning the Sprint Event of Mr. World 2012. He is flanked by 2nd and 3rd placers Francisco Parra of Colombia (L) and David Fortune of Martinique.

Mr. World Philippines Andrew Wolff has proven his worth once more after claiming victory in the final round of the Mr. World Sports Challenge. Our bet drew most of his strength in the sprint event from the constant running that he regularly does as a rugby player of both the Philippine Volcanoes and the National Team for the 2013 Rugby World Cup.

After topping both Soccer Skills and Sprints, Andrew is well on his way to claiming an automatic spot in the Top 10 should he be declared overall champion in Sports. Right now, he is still neck-to-neck in points with Francisco Parra of Colombia who outclassed him during the first two rounds. Let’s see who will be announced come Saturday night’s Grand Finals.

Keep up the excellent work, Andrew! We’re proud of you! 😀

Bench Universe in one word: Spectacular!

Ben Chan (center) acknowledges the applause (and standing ovation) of the audience.

The fantasy that is Lovi Poe!

Did Jake Cuenca leave the stage just like that? Nah, the yellow undie was ripped apart! 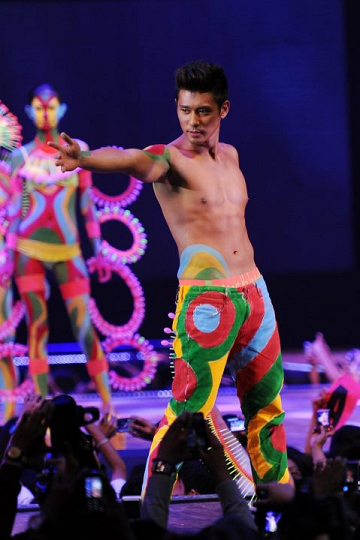 Shirtless and sexy, that’s Rocco Nacino for you!

Does the body paint distract you? Enzo Pineda makes sure you don’t!

Sarah Lahbati shows why she is one of today’s hottest IT girls!

From Century Tuna to Bench, John Spainhour channels his inner knight without the steel armours!

Aljur Knifehands, anyone? This Abrenica hottie shows his body to die for! 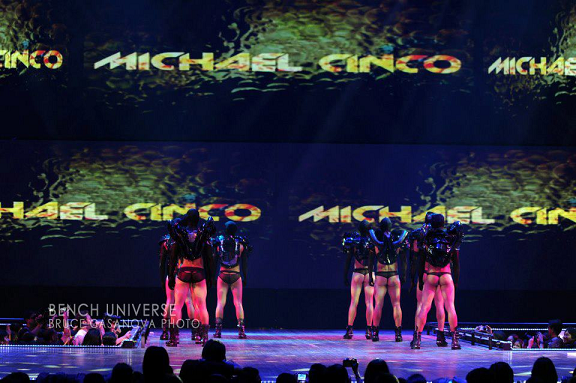 The look from behind is scorching hot!

No need for a lot of words in this post. Let the pictures speak for themselves. Suffice it to say that the Mall of Asia Arena was full of hot bodies for Bench Universe.

All images courtesy of Bruce Casanova. If you want to see more, click HERE. 😉

And the Philippine Volcanoes are at it again!

The Philippine Volcanoes in their new underwear ad for Bench Body

Their first underwear ads for Bench Body caused quite a controversial stir after the gigantic billboards (especially the ones at Guadalupe Bridge) were removed by MMDA Officials for provoking more than just the desire to buy a bikini/boxer brief or two. It did not dampen the team that recently topped the A5N (Asian Five Nations) Rugby Championships – the country’s first-ever win. As a result, Bench owner was inspired to schedule a new photoshoot for the boys. This time around, they were asked to wear more traditional – albeit less traditionally-designed – lower undergarments. And with a lot of black grease slapped on their muscular bodies at that.

Do you like the new concept? Well, I patronize Bench Body regardless so with or without this ad, it won’t matter. What I love, however, is the commitment of all the members to play for national pride despite majority of them being born and raised in other parts of the world. 😉 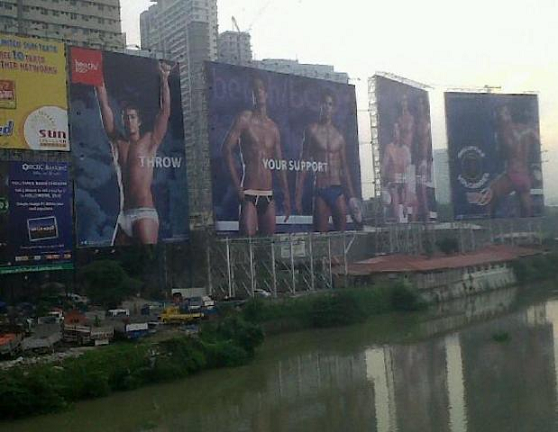 The now-famous (or infamous) billboards of the Philippine Volcanoes (courtesy of Bench Body) along EDSA-Guadalupe before they were removed.

I know that the controversial billboards along EDSA Guadalupe have already been taken down, along with many others. But in support of the Philippine Volcanoes Rugby Team, I’ve decided to post the video above which shows behind-the-scenes of the shoot. This is a bunch of cool, good-natured guys whose only main objective is to play good rugby for the country and rally for some support of the Philippine Rugby Football Union, especially for upcoming tournaments that they will be participating in.

If you like the Philippine Volcanoes (for whatever reason), you can give your support by buying the corresponding glossy calendar HERE or at the Bench Body stores.