The entire ensemble is created by Designer Michael Barassi who gave us the inspiration and description of his masterpiece below:

George has started his quest for the title that came so close to being captured by our representatives the last three years. Alexis Martinez placed Top 10 the first edition, Andrea Biondo got 2nd Runner-Up the next and Paul Guarnes was named 1st Runner-Up last 2017. Could 2018 be the year that we finally finish on top?

Let us wish him the best in his mission! Finals will be on November 24 in Arya, New Delhi, India. 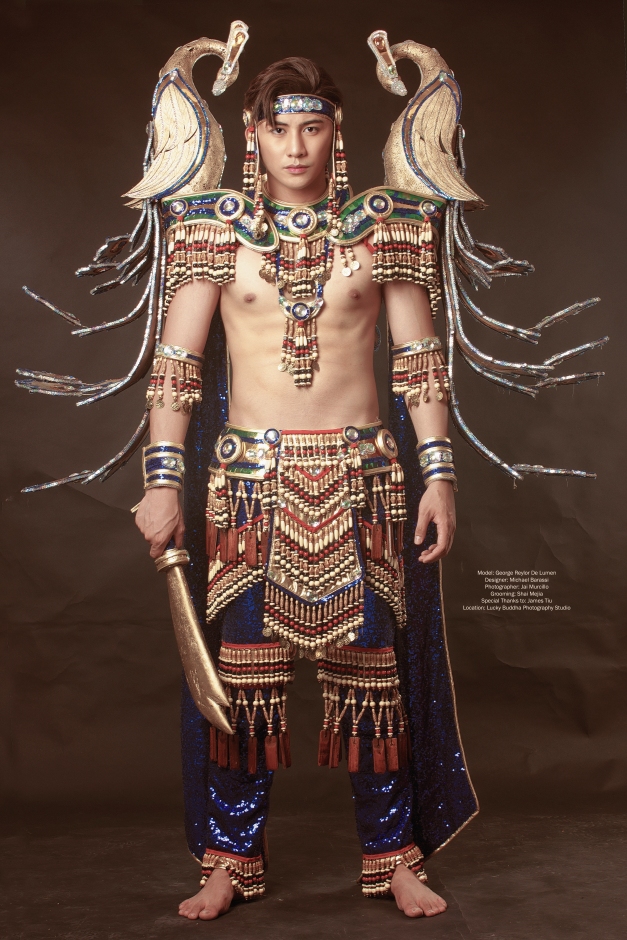 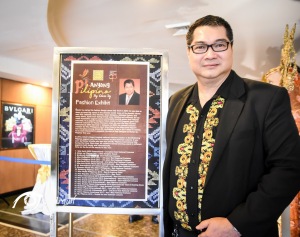 At the Duty Free Philippines in Parañaque City, an exhibit of National Costumes made by Designer Edwin Uy – titled “Anyong Pilipino” – is currently on display for everyone to appreciate and get inspiration from. During the ribbon-cutting yesterday afternoon, present were Reina Hispanoamericana 2017 Teresita Ssen Marquez and Bb. Pilipinas 2018 Top 15 Finisher Sandra Lemonon who each wore his dazzling creations, plus special guests including Parañaque City Mayor Edwin Olivarez. Mister Universal Ambassador 2017 1st Runner-Up Paul Guarnes was also around to wax nostalgic in the NatCos he proudly wore in Indonesia last year.

Except for the photo of Paul, all other shots were taken by Joy Arguil/Fab Philippines. 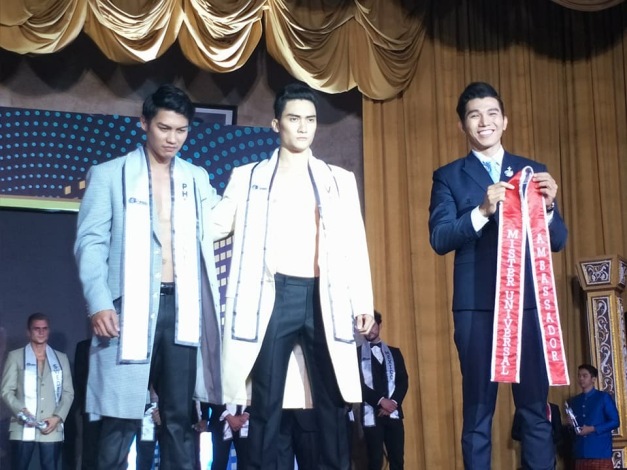 In an International Male Competition where the brightest and most articulate is given the spotlight, Luong Gia Huy of Vietnam defeated the odds and edged out Paul Guarnes of the Philippines to win Mister Universal Ambassador 2017 in Makassar, Indonesia. Pageant watchers following the live streaming of the finals were actually pinning their hopes on a win for our bet as he was the only one who clearly nailed the final Q&A which required the Top 3 to answer the question as to why they deserve to be the next Mister Universal Ambassador. But as the judges must have already set their sights on the Vietnamese as winner, the Filipino had to settle with the second-highest placement of the night. Johannes Ulmefors of Sweden finished as 2nd Runner-Up.

The representatives of Indonesia and India completed the Top 5.

Congratulations to all the winners, especially Mister Philippines! 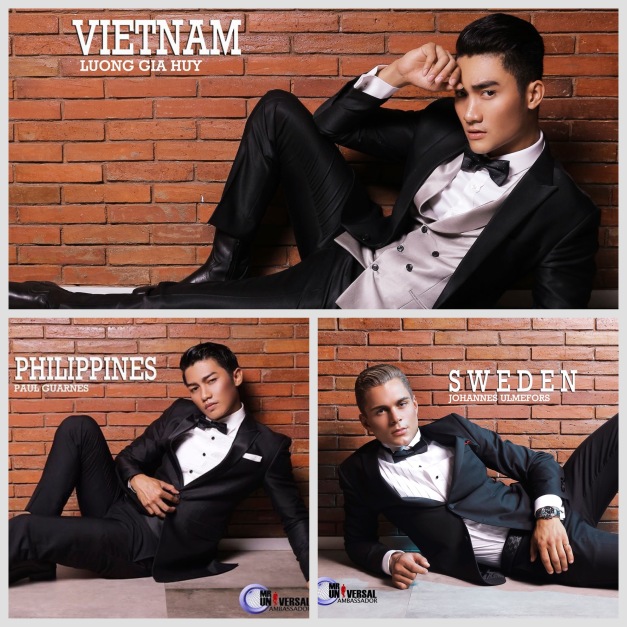 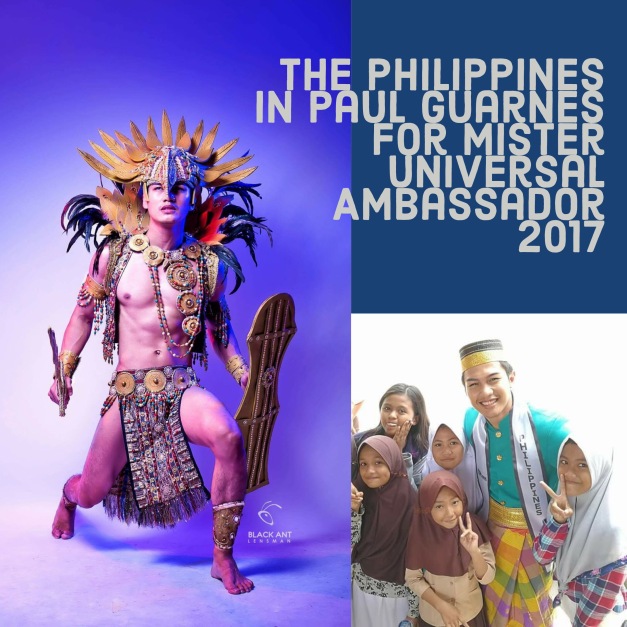 For a national male pageant titleholder, Paul Guarnes had one of the shortest and most stressful period of preparations for his international competition. Just imagine this. He won Gentlemen of the Philippines 2017 last September 9, and was given only up to September 25 to ready himself for the trip to Mister Universal Ambassador 2017 in Makassar, Indonesia. The two short weeks leading to his September 26 flight to the host city was crammed with an endless string of deadlines to meet – homecoming victory visit to his home province of Iloilo, fitting and coordinating with several fashion designers for his wardrobe, more training and coaching to fully polish his presentation skills, making himself available for Pilipinas Men’s Fashion Week, doing Charity Work with Belmeré for the wounded soldiers from the Marawi City crisis and continuing his fitness regimen at the gym. If there is one thing that needed the least of concern, it was his innate ability to fluidly articulate himself in public or interviews – be it in a plain or profound manner. That is his biggest ace, and what actually sealed his win in the national level. 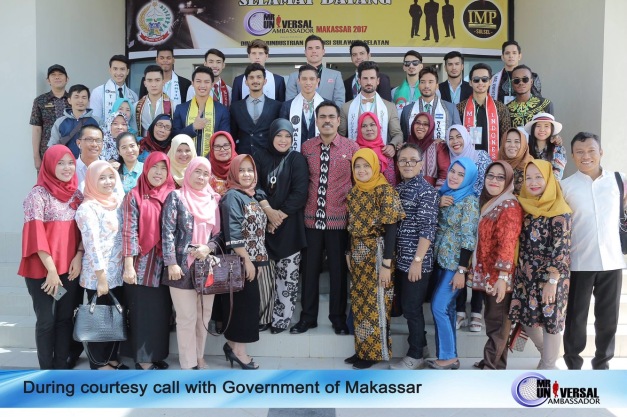 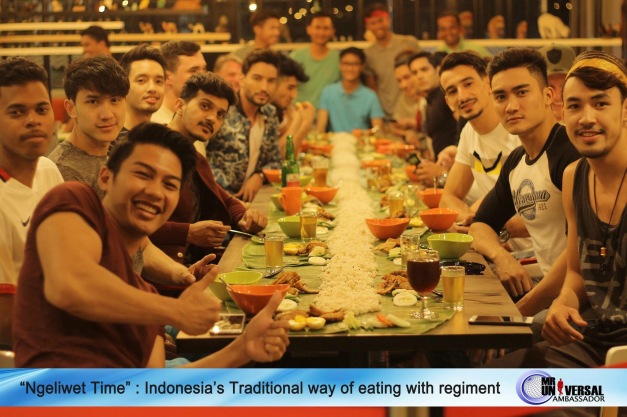 Right now, Paul is in the thick of international competition, and early feedback is saying that he has easily warmed up to both the locals and the organizers who have shown fondness for his ever-smiling presence. Quoting our representative, “I was thinking of bringing everyone to the Philippines. But then I realized, no, I will bring (the) Philippines to everyone.” That is exactly what he has been proudly displaying to everyone. He is showing off our culture and naturally warm disposition.

It is still too early to make a definite forecast as to how he will eventually place in the finals. But Paul is not the type to back down from an imposing challenge. His objective remains clear, just like the guiding acronym L.I.N.A.O. (Losing is not an option) that keeps him steadfast on the right track.

I may no longer be part of Gentlemen Charities Inc (GCI), but my support for Paul and any other titleholder wearing the Philippine sash in an international pageant remains firm.

Thank you to Designers Edwin Uy, Jun-G Candelario, Adam Balasa, Rafael Louis Gonzales, Julius Pegarro Jaguio and Don Cristobal for all the the support. Thanks also to Shandy Montecarlo Lim, Jed Velasco and Hep Benitez for precious help during the preparations.

Winners of Gentlemen of Hannah’s 2017 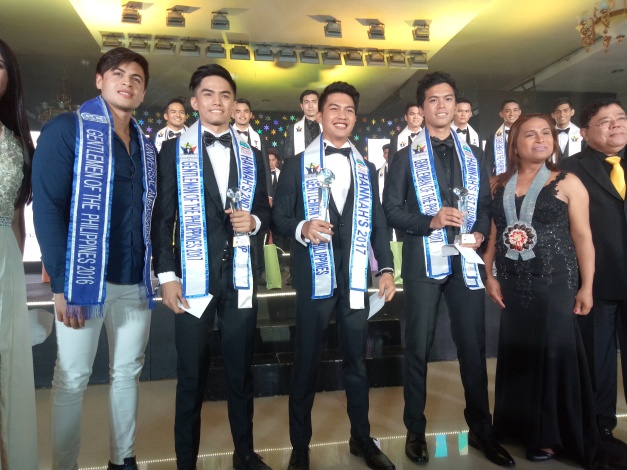 It was almost like an historic event for the Crown Jewel of the North and the country’s Premiere Pageant Destination to host the Preliminary Competition of an all-male competition. And Hannah’s Beach Resort and Convention Center in Pagudpud, Ilocos Norte made it all happen. As Proprietor Col. Ricardo Nolasco Jr. (RET-AFP) puts it, the support is meant to put forth their thrust for gender equality. After opening their venue to Miss Philippines Earth, Miss World Philippines, Mutya ng Pilipinas and NAITAS Face of Tourism, it was high time to welcome Gentlemen of the Philippines.

And what a wonderful hosting it was. The days were not enough to cover everything about the scenic resort, but the activities were maxed to fully appreciate all the amenities that Hannah’s has to offer. Outside the Preliminary Competition itself at the Convention Center, pictorials and OBB shoots came one after the other – from the large venue to its surrounding attractions like Timantang Rock, Hannah’s Zip line, Patapat Viaduct, Maira-ira Firing Range and the inviting waters of the beach where the fitness camp was conducted.

At the end of the Preliminaries, the winners of the special main event – Gentlemen of Hannah’s – were announced with Paul Guarnes of Iloilo finishing on top followed by Kevin Hernandez of North Italy and Ian Anthony Tan of Lucena City.

Here are more photos from the stay at Hannah’s. 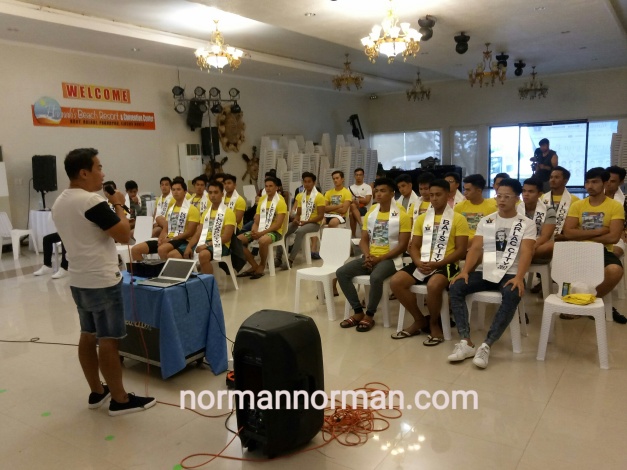 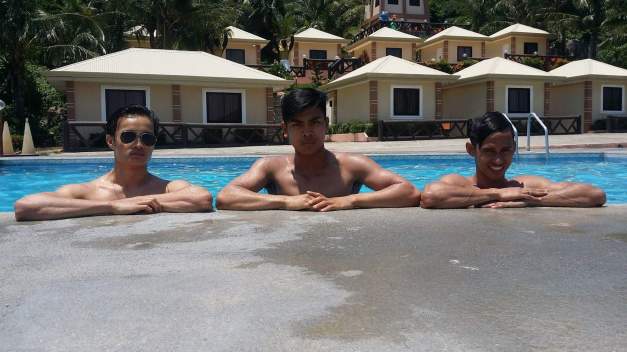 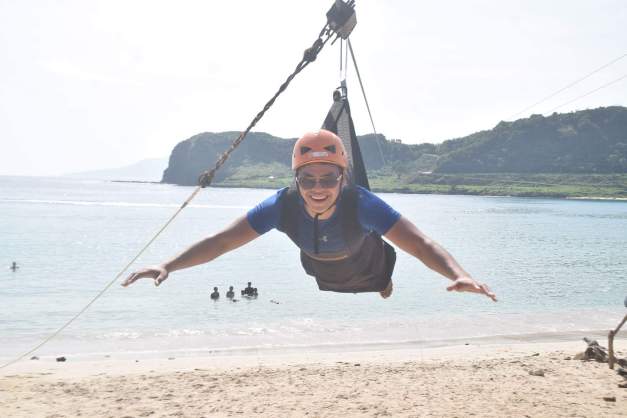 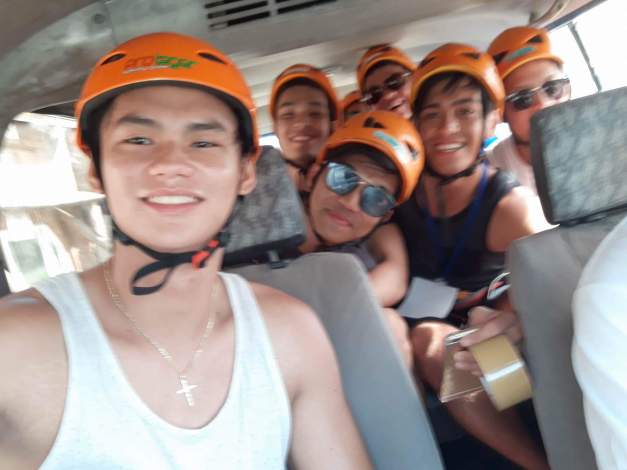 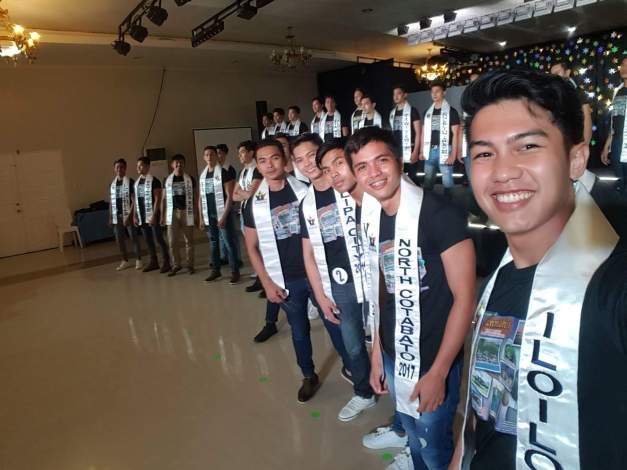 The Gentlemen are now back in Manila for a string of Sponsor Visits and TV/radio guestings before the Talent Competition on Thursday at the newly-opened SM Cherry Antipolo mall. Then it will be closed panel interviews and rehearsals for the Finals Night schedules this coming Saturday at the Grand Ballroom of Hotel Rembrandt in Quezon City. 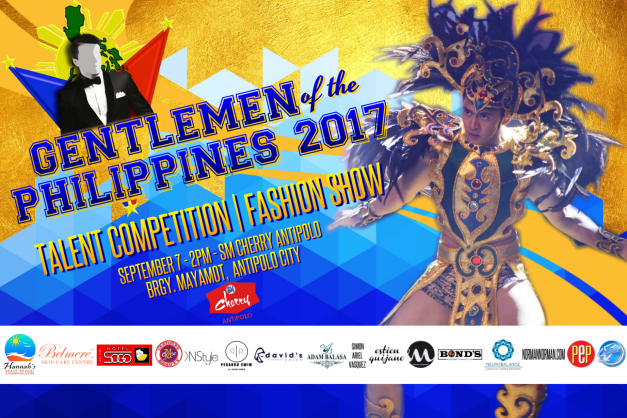 Gentlemen of the Philippines 2017 | The Official Candidates

This coming Thursday afternoon will be the Press Presentation of the Official Candidates of Gentlemen of the Philippines 2017 courtesy of Co-Presentor Belmeré Skin Care Centre. Now on its 2nd year, the national male pageant promises to be a bigger and bolder event with the Preliminaries scheduled to take place in the Crown Jewel of the North – Hannah’s Beach Resort and Convention Center – which also happens to be the Official Presentor, from September 1-3. This is where competitions in Ethnic Costume, Swimwear and Formal Wear will take place, as well as the Sports Fast-Track to be conducted by Bond’s Optimal Fitness.

Back in Manila, the Talent Fast-Track will be held – along with the ongoing Social Media and Charity equivalents – before the Dinner-Finals Night scheduled on September 9 at the Grand Ballroom of Hotel Rembrandt in QC.

The thirty-one contenders embody the vision of Gentlemen Charities Inc (GCI) to look for young men with “more than good looks” – individuals who can dig deep beyond pure muscles and express their inner strength and advocacies along with back stories that show character and uniqueness.

The Official Candidates of Gentlemen of the Philippines 2017 are: 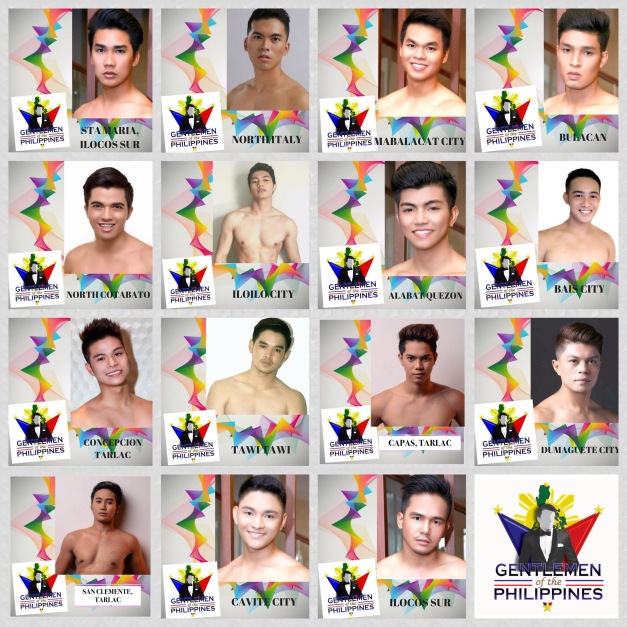 Reigning top winner Andrea Biondo, who is also Mister Southeast Asia International, will be there to see who has what it takes to succeed him as Mister Universal Ambassador Philippines.

Watch out for normannorman.com’s coverage of the Press Presentation!