Annebisyosa ‘No Other Concert’ – Truly Ambitious!

As my first blog feature for the month of February, I had to give some space for my favorite Anne Curtis who – as a non-singer – was able to hold a very successful concert last Saturday night at the Smart Araneta Coliseum. Titled “Annebisyosa – No Other Concert”, the big dome was literally filled to the rafters with the presence of thousands of fans, supporters, and celebrity friends. 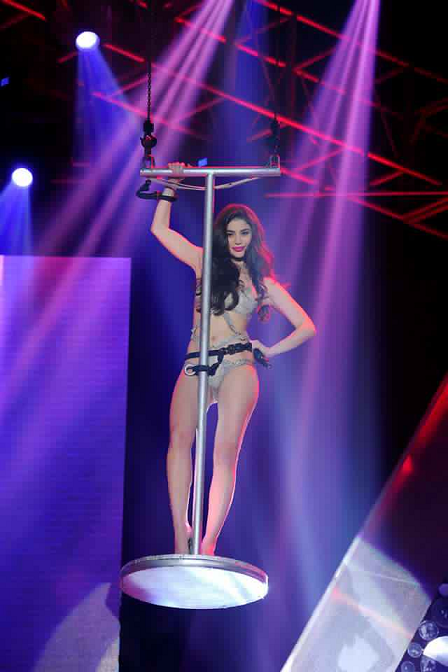 Mounting a concert this big was such a huge task, let alone the fact that the star of the whole thing is a lady who is more known for her acting chops than a creditable singing ability. In fact, Anne’s only official claim to singing was a bestselling music cd released last year. But trust the personality-driven Pinoys to give their all-out adulation. Never mind the intermittent slip-ups with the choreography or the lyrics, everybody stayed through the 3-hour concert to have fun and some good laughs.

You could say that Anne deserves an ‘A’ for effort. But it doesn’t stop there. She religiously attended all the rehearsals with the band and the dancers, while heavily promoting the concert on Twitter, Facebook and TV. And boy, did she wow everyone that night. She may not have the voice of guest Sarah Geronimo, but she squeezed everything that she could to come up with numbers that dazzled and inspired the audience.

Her spots with little sister Jasmine, comedians Vice Ganda and Vhong Navarro, host/actor Luis Manzano, rock musicians Rico Blanco & Ira Cruz, “No Other Woman” co-stars Cristine Reyes & Derek Ramsay and ex-boyfriend Sam Milby were all well-applauded. But nothing beats her number on top of a slowly-descending bed from mid-air while singing the difficult and demanding “Alone”.

Talk about a grand re-entrance, Anne Curtis singing "Alone" while on top of a bed being slowly descended from mid-air. (Photo credit: Bruce Casanova)

Anne clearly emphasized that this will be her “first and last” major concert. But looking at how tremendously successful (and profitable) the whole thing was, I doubt it if a repeat (or a fresh new concept) will be ignored by her management team (Viva). Give them ten months or one year at most and I’m sure a part two will follow. A duplicate might even be staged for the Pinoys in the US as well.

Anne was a diligent learner prior to the concert itself so all the song-and-dance numbers came out very entertaining. (Photo credit: Bruce Casanova)

I’m not too keen about Anne shifting from acting to singing, but if she can provide solid entertainment in whatever shape, form or trick, then a follow-up production for 2013 is very very possible. After all, why tag her “concert sweetheart” when the girl is clearly not even categorized as a one-hit wonder? 😉

A second concert for Anne Curtis? Why not? (Photo credit: Bruce Casanova)