A Birthday Bash for Neil Perez 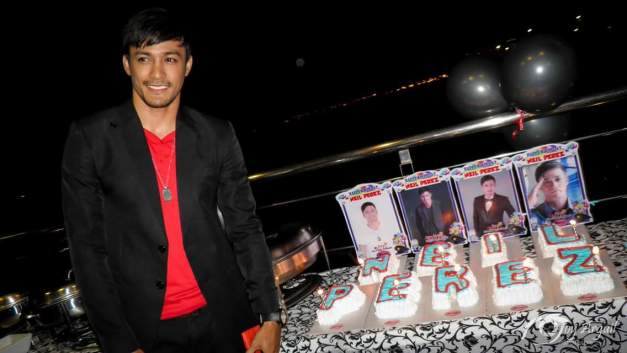 Mister International 2014 Neil Perez with one of his three cakes (Photo credit:Joy Arguil) 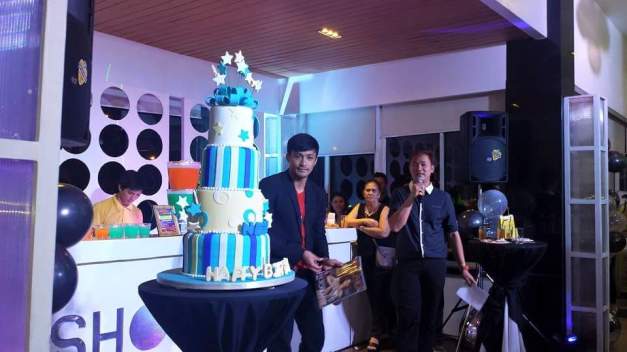 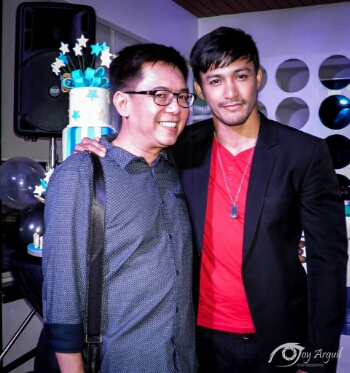 Last night, Mister International 2014 Neil Perez was feted to a joyous birthday bash at 1Esplanade Lounge. He just turned 30 and the people at PEPPs thought it most fitting to celebrate the event where his close friends from childhood, pageantry and the police force attended, along with sponsors (UniSilver Time and Teceruma Spa), some of the Misters of Pilipinas 2015 Official Candidates and select members of the Press.

Everyone had only the kindest words for the celebrant who continues to be a source of inspiration to many and quite the simple guy who just happens to be good-looking and all. When asked about one of his birthday wishes, he shared that he just wants to save enough to be able to build his own house – not the dream structure others would visualize, but something that he can proudly call the result of his hard work.

The party extended till shortly after midnight where there was non-stop music, dancing, singing and bonding – an all-around wholesome event full of smiles and good vibes. 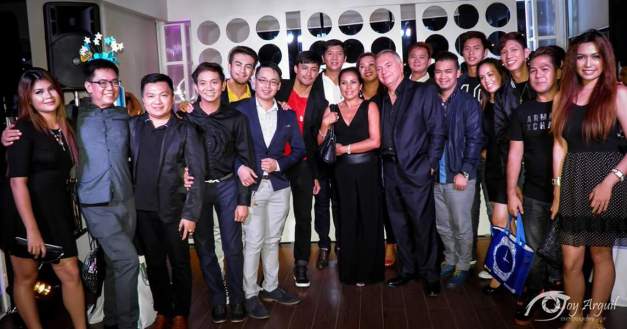 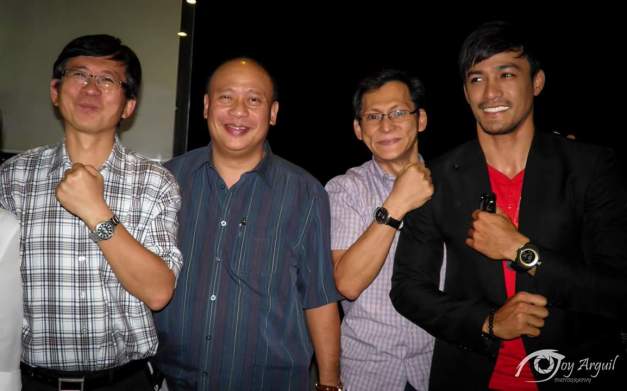 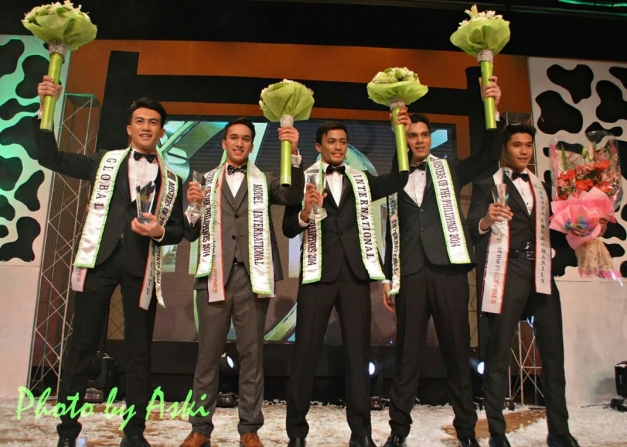 During Misters 2014, the organizers assembled a set of winners you’d never thought would blend well at the onset. There is the UK-bred Adam Davies who had a hard time adjusting to the climate and the food. There is the wide-eyed and enthusiastic Joseph Doruelo who had so many dreams running inside his head. There is the Cebuano Fil-Am Judah Cohen whose work background made it at times difficult for him to join in the flow of things in the male pageant world. And there is the more relatively easy-going Nicko Cruz who also wanted to shine on his own inspite of being tagged as “mere” 1st Runner-Up by some intrigue-loving online posters. Thankfully, the presence of a big brother in Neil Perez helped pull things together. He is like a glue who adjusts his adhesiveness depending on the quirks/peculiar moods of each one.

Do watch their victory moments during last year’s finals of Misters. 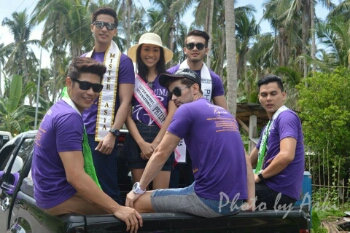 Almost a year later, the group has become more like a band of brothers. Adam may not be present all the time given his commitments back home, but promises to be home for Misters of Pilipinas 2015 and complete a much-awaited reunion. Neil, Joseph and Nicko are solid as a rock. And Judah has always made his own sincere efforts to be an integral part of the family.

It does help a lot that the organizers run the whole thing like a big household where the division of labor is defined, and responsibilities are handled with commitment. During their recent concerts in Samar, the boys showed how much they have gotten close to each other. And with the worthy addition of Mister International 2013 Jose Anmer Paredes who now feels more Filipino than Venezuelan (figuratively, of course), the group has grown in number and, most certainly, in character. 😉 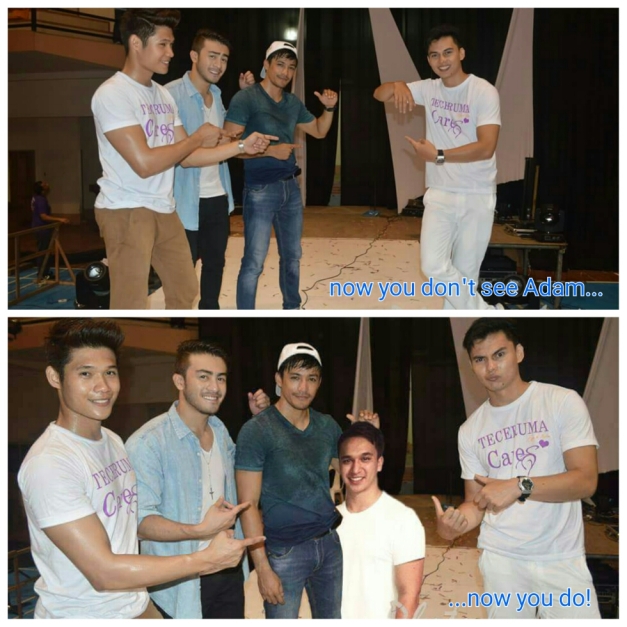 Final Call for Misters of Pilipinas 2015! 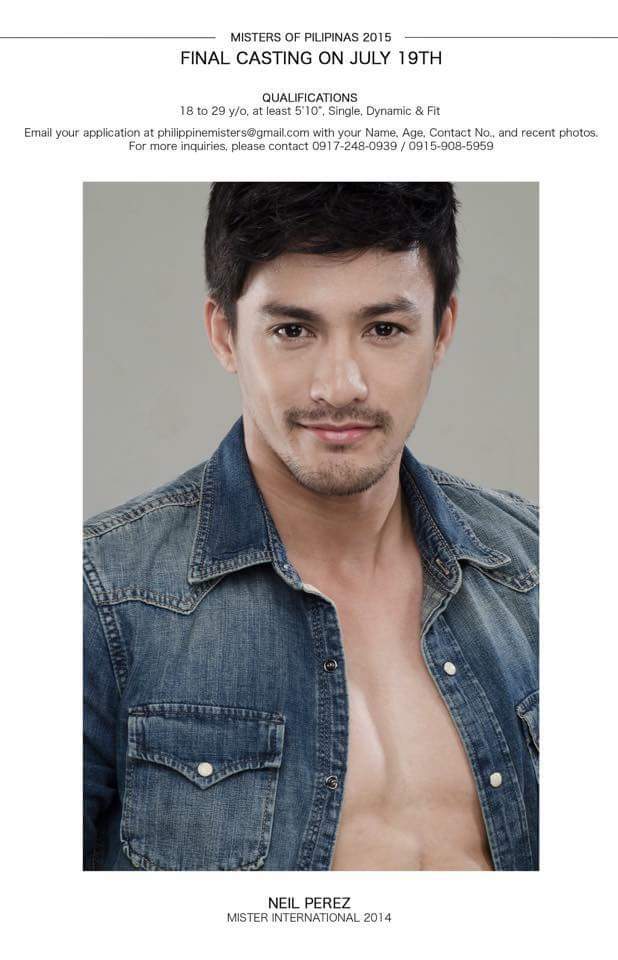 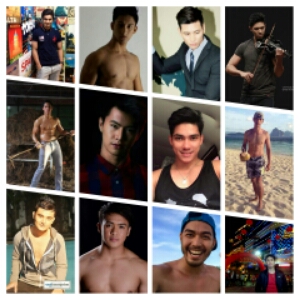 Could one or some or all of the guys above become Official Candidates?

This is it! Final Casting Call for Misters of Pilipinas 2015. It’s going to be this Sunday (tomorrow), July 19, or you will have to wait one full year to get another chance.

The screening panel (of which your blogger is part of) is anticipating a turnout that will exceed the ones held last July 5 and 12. And this should really make the activity extra challenging. Just like Bb. Pilipinas, the more eagerly-awaited applicants will show up on the last day. 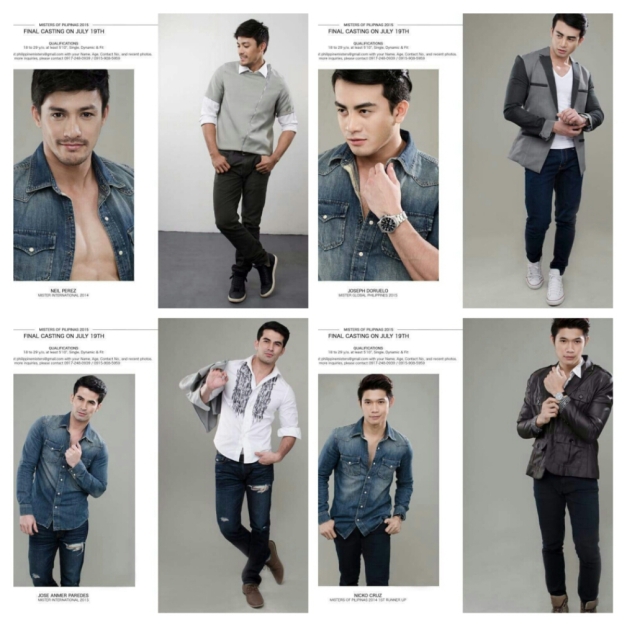 Joseph, Jose and Nicko will also be there on July 19!

This is it! Last casting date on July 19, Sunday

This coming Sunday, July 19, will be the final casting call for Misters of Pilipinas 2015 before the one big callback for all those who signed up for the male pageant and qualified as potential candidates for this year’s batch. According to my sources, only around twelve (12) – give or take one or two – spots need to be filled up as the remaining ones have already been earmarked for the regional winners and the various representatives of the different Filipino Communities abroad.

This is going to be a lot tougher than I thought. With the guys who did very well during the 1st and 2nd screenings, the addition of more (and possibly stronger) comers this weekend will make the less-than-mad scramble for slots extra challenging. But that’s the beauty of it all. Deliberations are always welcome, and justifying the inclusion of one over the other is something that I enjoy doing.

I can’t wait to see who will make it till the end. This is exciting! 😉 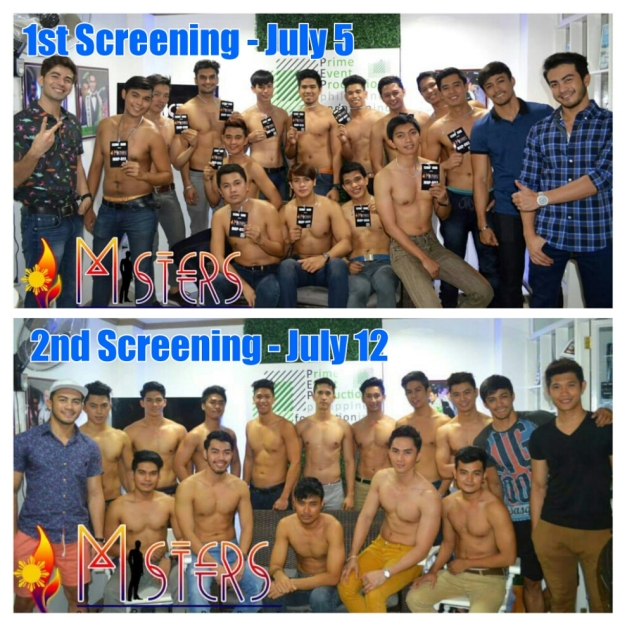 Who will be part of the 3rd group shot that will follow the two above? (Photo credit: Aski Pascual) 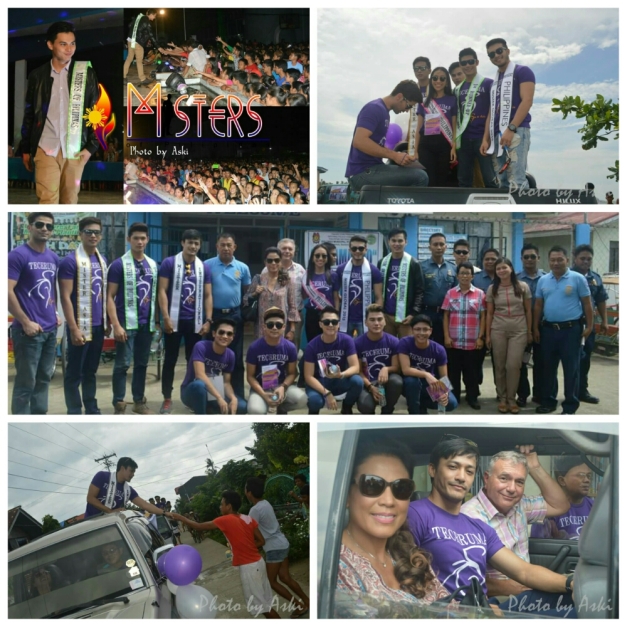 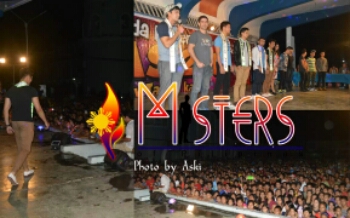 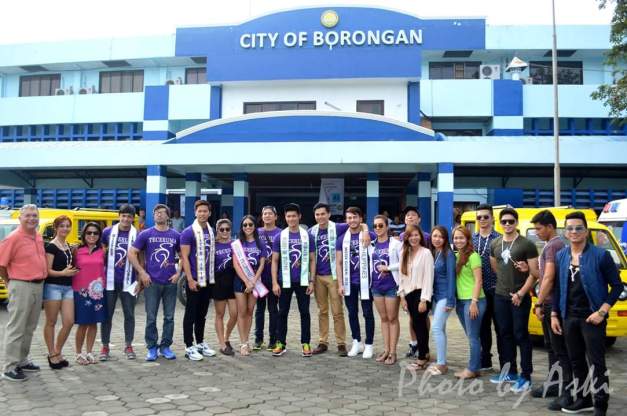 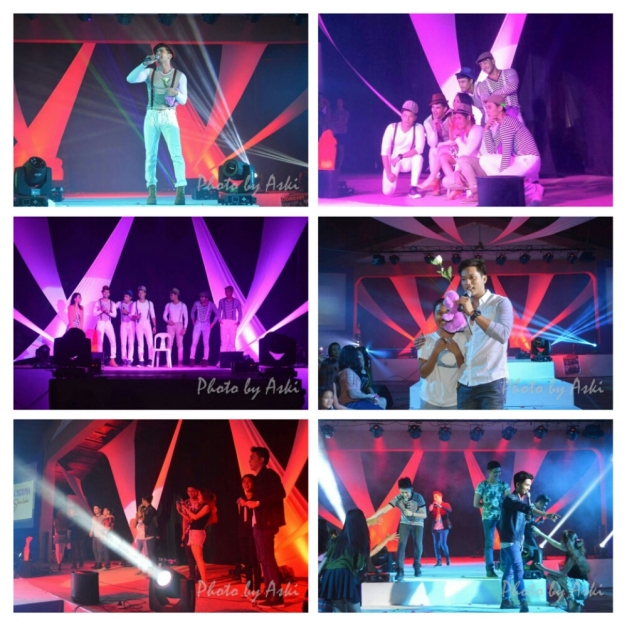 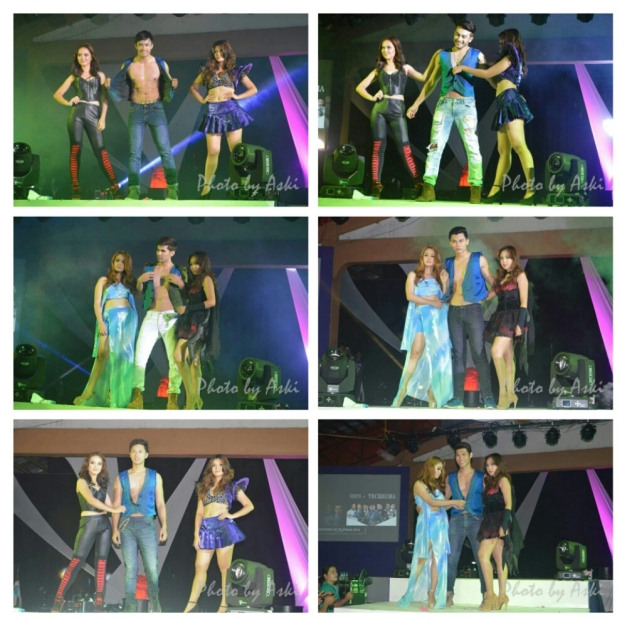 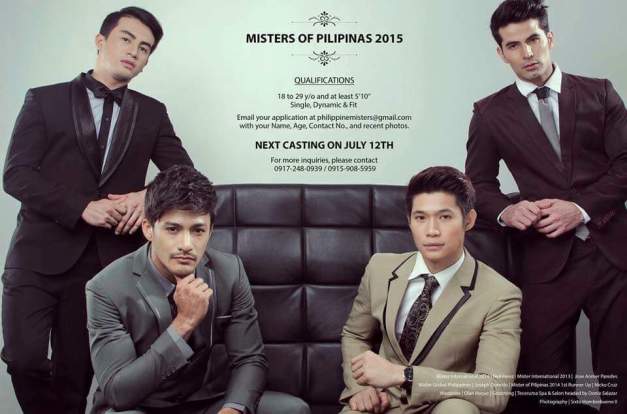 Take note of the qualifications and the contact details please 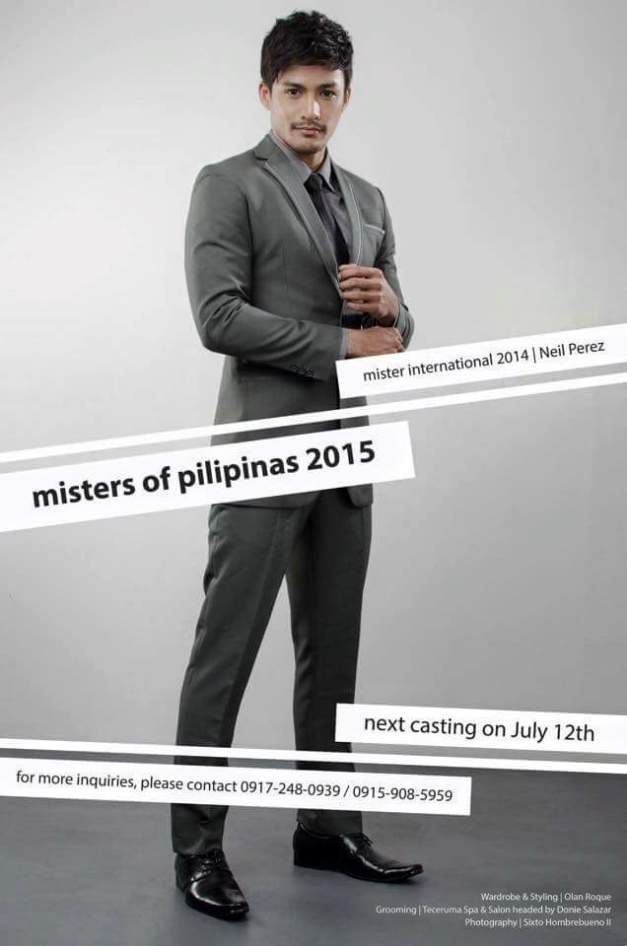 Neil Perez for Misters of Pilipinas 2015 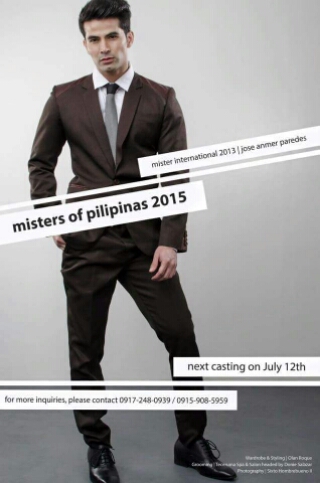 This coming Sunday, July 12, will be the 2nd screening callbacks for Misters of Pilipinas 2015. For those who have already qualified during the 1st screening last July 5, your next call date will be for the Final Screening tentatively scheduled for July 18.

For those who missed coming last July 5 due to the bad weather (and the ones who have made the decision to join only now), this will be your chance to be screened by the panel and get a crack at becoming one of this year’s Official Candidates.

Please take note of the qualifications and the contact details to facilitate your application (don’t forget your latest photos! ). Once you come on Sunday, be at your best and don’t forget to bring a good pair of swimming trunks for the on-the-spot photo and video shoot. 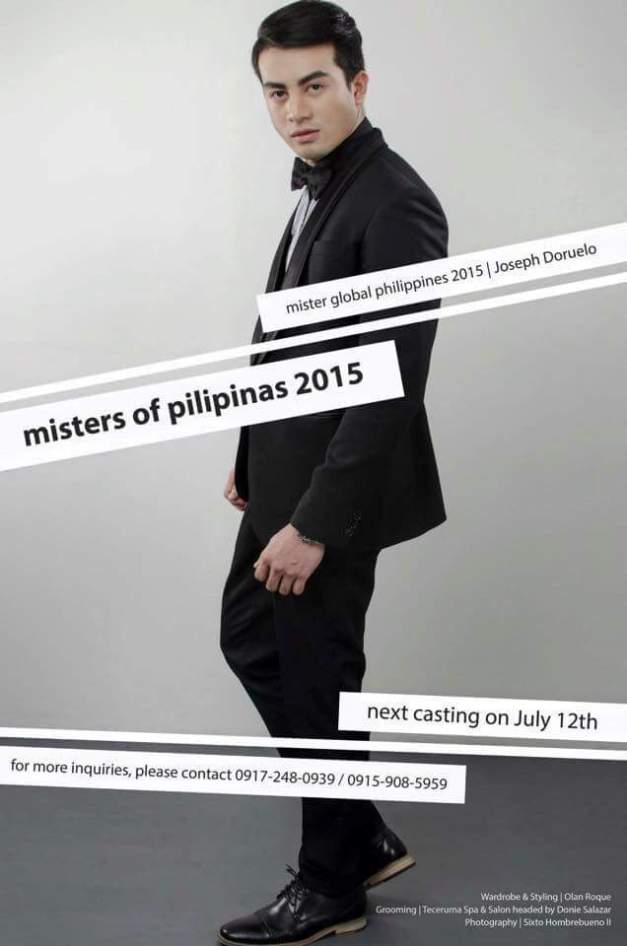 Joseph Doruelo for Misters of Pilipinas 2015 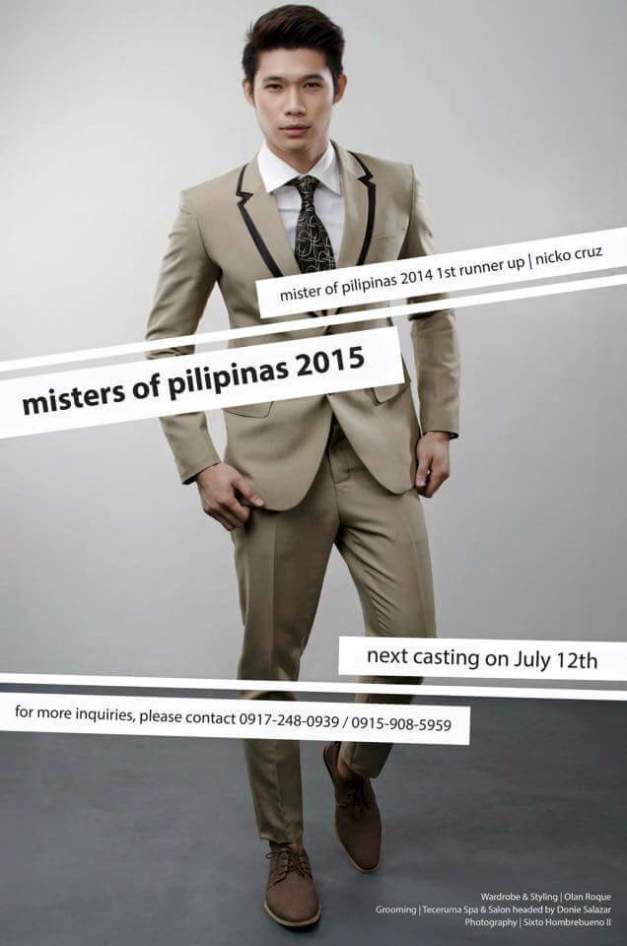 Nicko Cruz for Misters of Pilipinas 2015 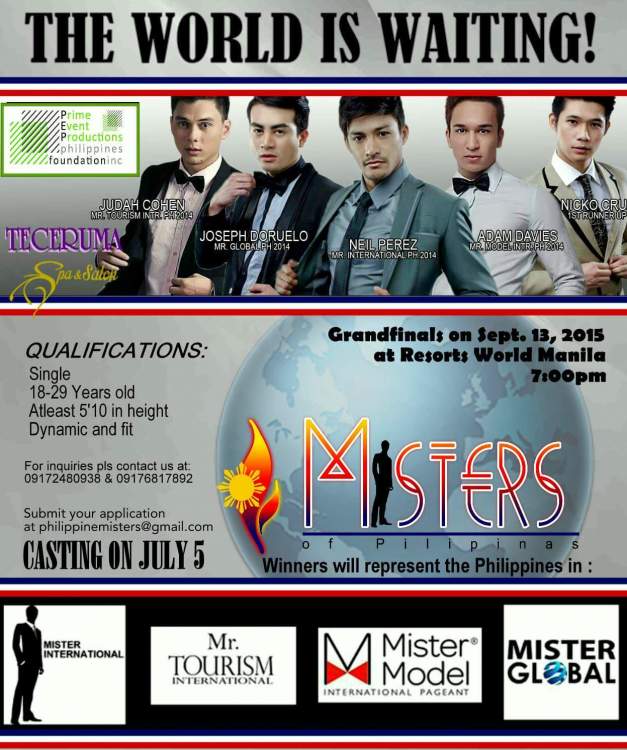 This Sunday's screening should be worth watching 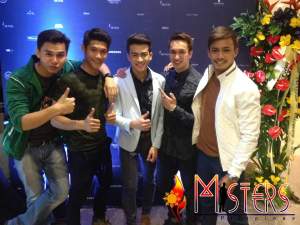 Finding their successors could be a tall order, but it can be done.

This coming Sunday, July 5, will be the first big screening date of Misters of Pilipinas 2015. I say ‘big’ because this is where all the qualified applicants who received callbacks from their emailed applications will show up for the important casting of Official Candidates this year.

Your blogger will be covering the said activity from start to finish. With the aim of finding the next Neil Perez or Joseph Doruelo, the journey to the completion of the roster of delegates won’t be easy at all. In fact, using Neil Perez as benchmark is already a tall order. I have had the privilege of getting to know our “Mamang Pulis” and he is definitely a gem of a person – down-to-earth, gentle and with a very positive personality. His good looks and physique are the pluses because the hard-to-find “role model” character is what really made him shine here and abroad.

Hopefully, there will be an excellent turnout of applicants with the complete package. After all, the expectations will be huge this time around. 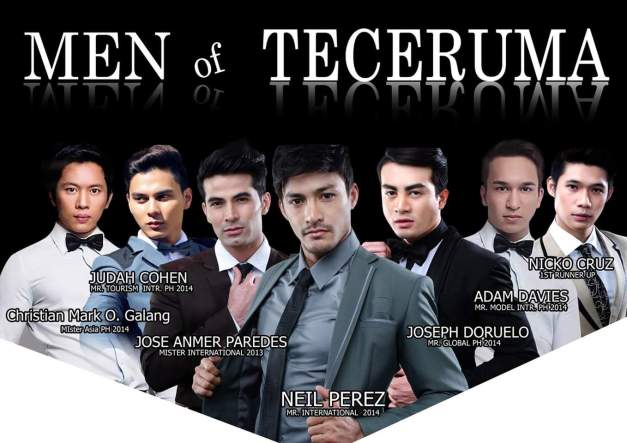