Hannah C. Arnold is the very first to file her Bb. Pilipinas 2019 application at the BPCI Office in Araneta Center. If all initial requirements are in order, then she will be the first in line for the screening that should happen after the March 15 deadline.

Hannah’s good timing allowed her to get a photo op with Esther Swan of the MUO who was on her way to nearby Shopwise at the time to buy some stuff. 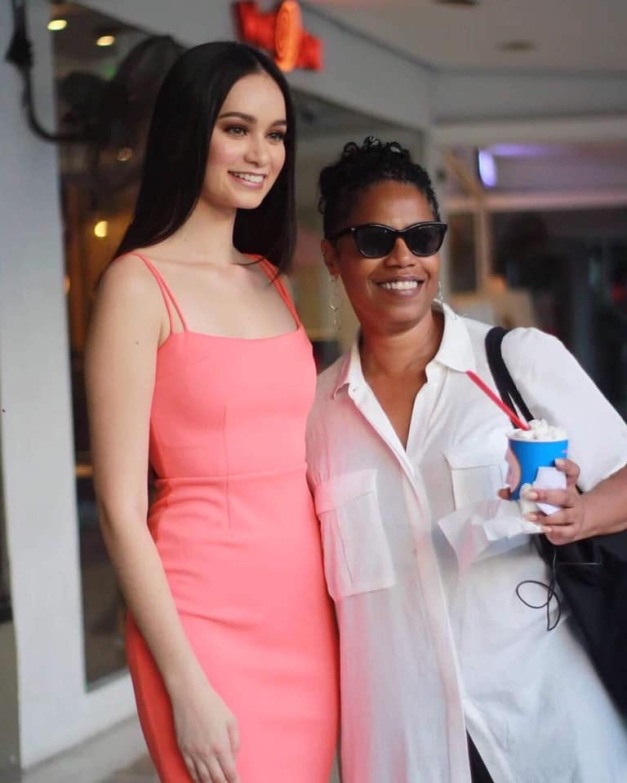 Is NBC jumping the gun on MUO?

Consider me baffled a bit. Why is it that everyone else is announcing the date of the next Miss Universe save for Miss Universe Organization (MUO) itself?

Now it’s NBC.com that has already stated in its website – and in bold letters at that – that Miss Universe (without any year indicated) will be shown on January 25, 2015.

Is Donald Trump preparing for a much-awaited big reveal? Or are we all just tired of hoping, waiting and expecting?

They better act fast. The pageant is starting to lose its luster.

A new member in MUO’s sisterhood

There’s a new kid on the block. Her name is K. Lee Graham from South Carolina. And she was just named Miss Teen USA 2014 at the Atlantis in the Bahamas Saturday night.

According to an article posted by E Online, below are six (6) things you might not know about the new Miss Teen USA. And that includes the explanation behind her single-lettered first name. Read on the screenshot below and discover how interesting a 17 year-old teen K. Lee Graham is. 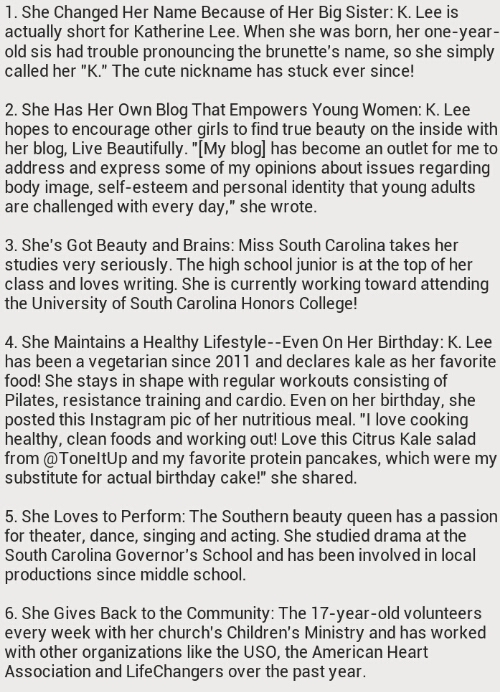 Welcome to the sisterhood, K. Lee! 😀

Sunday Specials: Paula’s got the back of Molly all the time

When Miss Universe 2013 Maria Gabriela Isler visited the Philippines for Bb. Pilipinas 2014, Miss Universe Organization President Paula Shugart was always by her side, much like the way MWO Head Julia Morley stands by and even holds hands with Miss World 2013 Megan Young in almost all her appearances.

So when the two of them attended the finals last Sunday night, it was evident how Paula would constantly attend to the needs or questions of Molly while judging was ongoing. Was the former guiding the latter on how to score the Binibinis or was Paula simply asking Molly if she needs anything at all?

Whatever the answer to the question is, MJ Lastimosa is already the new Miss Universe Philippines. If she was indeed handpicked by MUO to represent the country in Miss Universe 2014, then it only means that our bet has already earned two thumbs up from the important people who matter. 😉

The Dinner with Paula Shugart 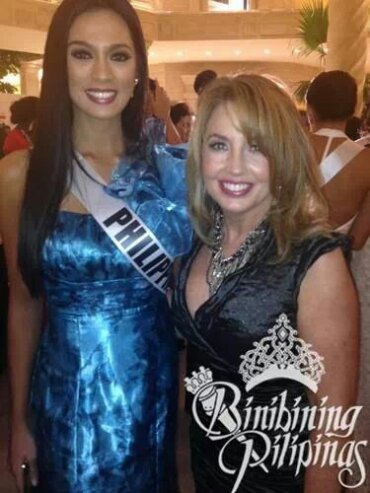 The buzz is loud and clear.

According to reports in pageant sites and message boards everywhere here, a planned welcome dinner is being scheduled for Miss Universe Organization (MUO) President Paula M. Shugart who will be flying in from New York to be a VIP Guest of Bb. Pilipinas 2014.

Now that’s the world-renowned hospitality of the Filipinos at work. But wait. During the same event, I was told that only eighteen (18) of the forty (40) Official Candidates of Bb. Pilipinas 2014 will be in attendance and wearing eye-catching traditional attires no less.

Now here’s a bit of a nagging factor for me. What will be the basis of short-listing the 18 attendees? Have they been pre-selected by BPCI? Or were they chosen by Paula herself to gain a more up close and personal encounter with the lucky ones? What will now happen to the 22 (twenty-two) remaining ladies who are just as excited to be part of the same? It’ll be one heck of a missed golden opportunity for the uninvited.

Oh how I wish all forty OCs will take part in the same. Fair-and-square, right? 😉 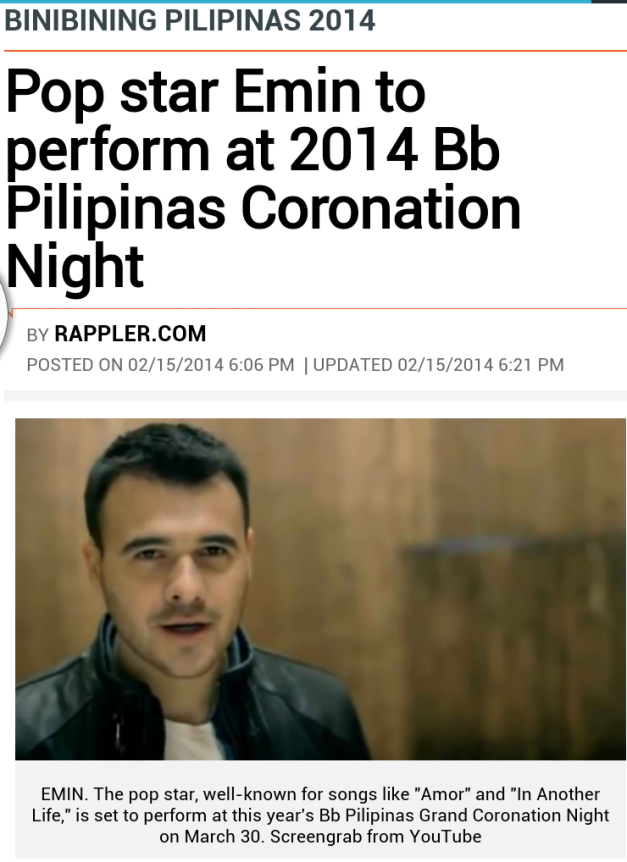 Emin is coming over! (Screenshot from Rappler.com) 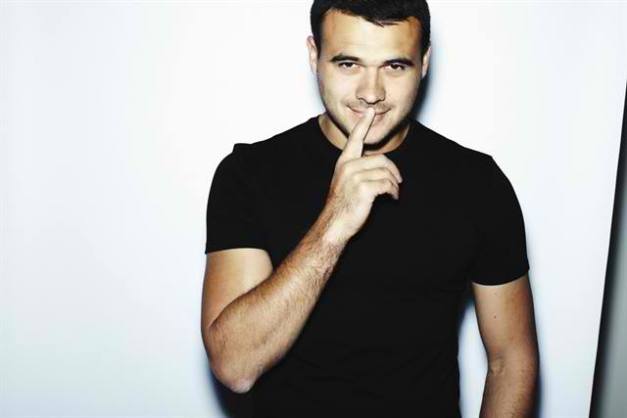 The Coronation Night of Bb. Pilipinas 2014 just got bigger and more globally-appealing with the confirmation from Rappler.com that Russian Pop Star Emin will indeed be the Guest Performer.

This is further proof that Miss Universe Organization (MUO) is making its presence felt heavily in our national pageant. Donald Trump’s group is definitely in. First, there is MU2013 Maria Gabriela Isler arriving to judge and help crown the winners. And then, we also have the attendance of MUO President Paula Shugart as VIP Guest during the finals. And now this.

I was floored. Literally.

The 40 candidates must be so excited about this. 😀

Just to refresh your memory, below is the music video of Emin that featured some of the Miss Universe 2013 candidates which included our very own Ariella Arida.

I think MUO made the right choice in naming Diana Avdiu of Kosovo as this year’s Miss Photogenic. While there are a lot of other possible winners of this award (like Croatia, Czech Republic, Georgia and even Serbia who should have gotten the fancy of Donald Trump by now), the Catherine Zeta-Jones deadringer was clearly the camera-friendliest, and in various moods and poses at that. Good thing the award is no longer voted upon online. Otherwise, it would have robbed the rightful winner of the special recognition. 😉