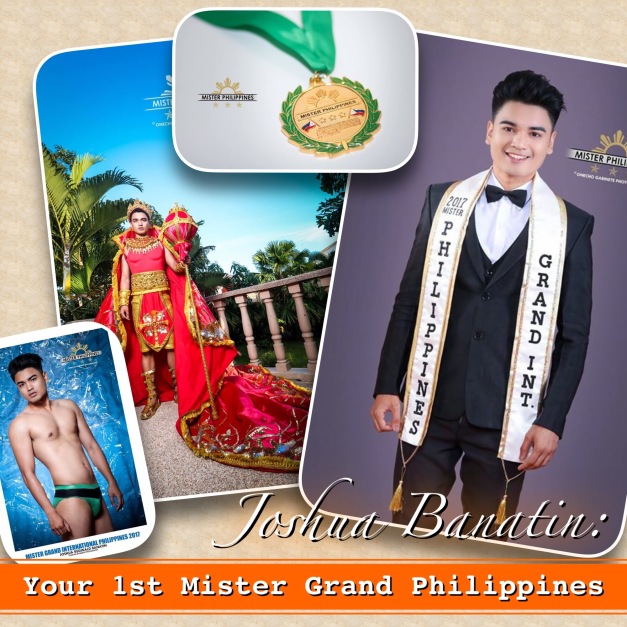 All the way from Laguna, Joshua Banatin comes forward as the very first Mister Grand Philippines (All images courtesy of Onecho Gabinete) 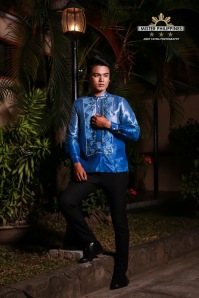 Joshua in Barong Tagalog as shot by Andy Cayna

This must really be a lucky life cycle for Joshua Reginald Banatin of Los Baños, Laguna. It all started last December 28, 2016 when he defeated all his opponents to win the Mister Philippines Calabarzon title that automatically qualified him for the national finals. Less than three months later, he suited up once more for the Ginoong Laguna 2017 competition which he handily won inspite of the tough field he found himself in. And just last April 7, he set his finest gameplan into motion and came out victorious after being named the very first Mister Philippines – Grand International which effectively made him the host delegate of the inaugural edition of Mister Grand International which will be hosted here in the country come October 8.

What else could await this serious and unorthodox thinker of a young man? He is all of 22 years and dead set to make the Philippines proud in what could be one of this year’s biggest international male contest. 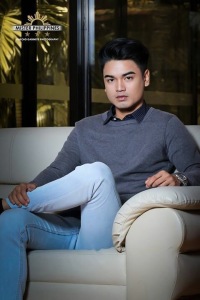 I have had the chance to spend more than a few quality days with Joshua prior to winning the national title. And this much I can reckon – he can be as crazy/rowdy as the next candidate, but he easily turns focused and dedicated to make a good impression of himself when it matters most. In fact, he was one of a few who aced the closed door panel interviews and came out more confident of having given a positive assessment of both his communication and reasoning skills. In straight English and a well-modulated deep voice at that. He chooses his words carefully and doesn’t beat around the bush in explaining himself.

From this day till he starts welcoming the foreign delegates come 3rd quarter of 2017, Joshua will be ever so busy bulking up because he knows that his physique still needs to level up. But the solid ingredients that would make him an early favorite are already intact.

Let us see how Mister Grand Philippines will transform himself for Mister Grand International 2017. In the meantime, his media tour will start this coming Tuesday – April 18 – with guestings on TV5 and CNN Philippines.