After all that has happened in Japan these past seven weeks, life moves on. And pageant-wise, Miss Universe Japan 2011 will finally be selected come June 17 at the Tokyo Dome City Hall. Ines Ligron, Japan’s Pageant Director, must be mighty proud of these ladies.

Here are this year’s 15 finalists (photos courtesy of the Miss Universe Japan 2011 website):

The 15 Finalists for Miss Universe Japan 2011

Who are you liking so far, guys? 😉

Japan’s Maiko Itai is shooting for a Riyo Mori 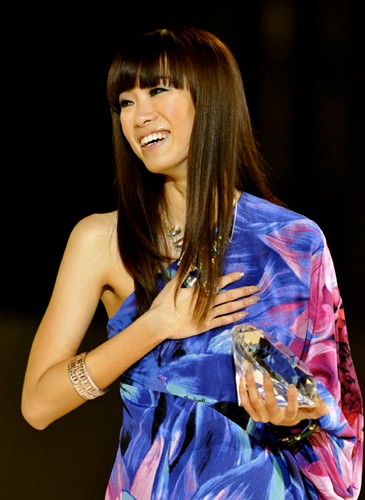 It was only in 2007 when Japan’s Riyo Mori achieved what other Oriental ladies have failed to do 19 years before her, i.e. to win the Miss Universe crown. In the process, the Land of the Rising Sun has suddenly surged in beauty pageant excellence since her national predecessor, Kurara Chibana, placed 2nd in the 2006 edition of the same. A big chunk of the credits goes to Frenchwoman Ines Ligron who is responsible for spotting and training the right ladies to compete for the tiara of Donald Trump’s beauty organization.

Ines Ligron is responsible for the recent successes of Japan in the Miss Universe Pageant.

Can Maiko Itai do a Riyo Mori?

This year, Maiko Itai is deep into preparations for Miss Universe 2010 and she is not leaving any stones unturned to make sure that she does her country extra proud by clinching a 3rd Miss Universe title after Akiko Kojima (1959) and Riyo Mori (2007). She can only hope for the best given the fierce line-up of ladies vying for the crown. The more intriguing question in my mind right now is: will Donald Trump allow an Asian delegate to crack at least the semi-finals after a shut-out of the region last year?

Will Maiko Itai’s star shine bright in Las Vegas? Or will she be just a thank-you girl or a Top 15 placer at best? We’ll see. 😉