Wow, I must have put everything on a single day – an exclusive with the upload of the new photos of Puteri Indonesia 2018 Sonia Fergina, a special with the union of Catriona Gray & Sarah Rose Summers in New York and now, a senti feature with the death of Miss Universe 1995 Chelsi Smith who succumbed to liver cancer. A sad day in the (Miss) Universe, I should add.

The sisterhood has lost a member today with her demise. And it is just fitting that I share a video of her crowning moment in Windhoek, Namibia more than twenty years ago today.

After Sao Paulo’s hosting of Miss Universe 2011, the Miss Universe Organization (MUO) is now being approached by several countries (at least five) for the rights to take charge of Miss Universe 2012. I am listing down the three (3) strongest (and most likely to figure out in the final short list) applicants for the same: 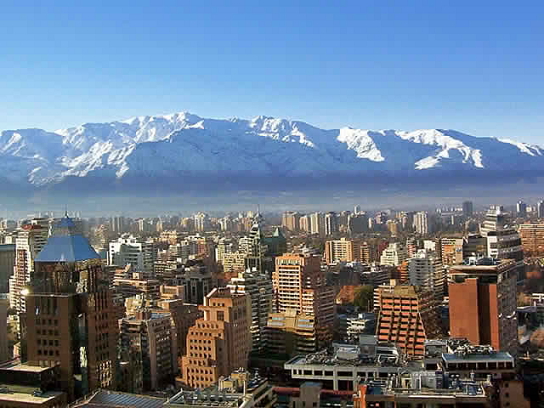 Modern and sophisticated Santiago in the heart of prosperous Chile

Okay, so the three most eager host-applicants for Miss Universe 2012 are: 1) Guadalajara, Mexico, 2) Sun City, South Africa and 3) Santiago, Chile.

Personally, Guadalajara is a safe bet for MUO because of its sheer proximity to mainland US, expertise in handling big-time pageants and a smooth link with Telemundo in insuring that all Latin American countries stay in the loop all throughout the same. Besides, Mexico is known to have hosted a few of the more grandiose and successful editions of Miss Universe, specifically 1989, 1993 and 2007.

On the other hand, Santiago is a welcome choice if ever. The capital of Chile has not hosted Miss Universe or any grand slam pageant yet. However, their capability to handle all the logistics can be suspect (remember Miss Earth a few years back when the appointed organizers should have hosted but backed out near the last minute?). But then again, this rich city could pull it off with the right organizers and the steady backing of Donald Trump’s group. At any rate, everything is just so expensive here that luring pageant-loving but budget-travelling tourists to visit for a minimum of one week can be tricky.

And this brings us to the third option: Sun City in South Africa. If you ask me, this would be my easy pick among the three. For one, the opulent and exotic resort paradise – that can be reached after a two-hour drive from Johannesburg – has all the right qualities to make it an interesting host. The last time Miss Universe was held in this continent was in Namibia way back in 1995. So it’s high time that Donald Trump returns to the same. Aside from that, the reigning titleholder – Leila Lopes – comes from Angola so majority of Africa might just be encouraged to give their support one way or the other.

What are your thoughts, dear readers? 🙂

It is interesting to note how past international beauty queens preserve themselves through the years – it’s either they age beautifully or expand horizontally. Take the case of Miss Universe 1995 Chelsi Smith who won the crown in Windhoek, Namibia and ended the 14-year drought of the US in the beauty pageant (Shawn Weatherly was the last American to wear the crown before her) back then. She actually fills in both the aforementioned eventualities of a previous winner – she remains as beautiful as ever but could no longer fight the battle of the bulge as can be seen in the “then-and-now” photos below.

I have nothing against Chelsi becoming a chubbier beauty. If at any, she must be happy with her life right now and it shows in her radiant aura. I just wished she did not let herself grow this big because the Miss Universe Organization (MUO) may no longer be interested in inviting her for a possible reunion of Miss Universe winners in conjunction with a future finals of the event. Oh well, I don’t really see the point of getting excited for such because Donald Trump has and will always be a slave to slim Central European beauties. Not a big loss for Chelsi.

Have a great Tuesday, my dear readers! 😉