I am posting this update on the newly-crowned Miss Iraq 2017 Vian Amer Noori Sulaimani as you might eventually see the lovely 23 year-old Software Engineering graduate represent her country in either Miss World 2017 or the 66th Miss Universe. She may even get to do a double dip by competing in both if the schedules won’t overlap later this year.

Read more about Vian below. 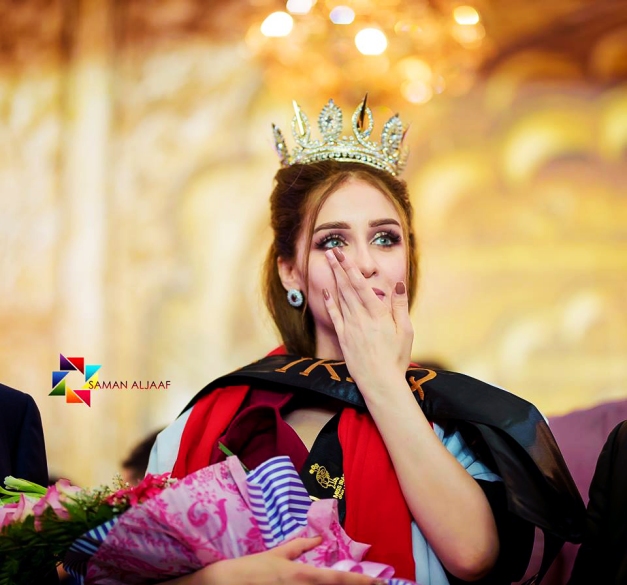 Miss Iraq 2017 pageant concluded on May 25 with the coronation ceremony which was held at the Babylon Warwick Hotel in Baghdad. Kurdish beauty, VIAN AMER NOORI SULAIMANI, representing the region of Karkh, won the 3rd edition of the national beauty contest edging out 14 other beauties competing for the national beauty title. The event was televised nationally by Nalia Media Corporation (NRT TV) and for the first time women of Arab, Kurdish, Turkmen, Chaldo-Assyrian and Yazidi origin participated together in a major national event.

23 year old Vian hails originally from the city of Sulaymaniyah in the Kurdistan region of Iraq but currently resides in the federal capital Baghdad where she works as an analyst at an investment/insurance firm. Vian holds a degree in software engineering and speaks fluent English. This is the first time she has ever taken part in any beauty pageant. Deputy Minister of Culture of Iraq, Fawzi Atroshi, who is also supervisor of the contest, remarked on Vian’s victory: “it is her exceptional qualities that made her win… not only is she cultured and well educated but her beauty evokes aristocracy”.

The grand finale was formally opened by a speech from Hind Hadithi, representative from the Ministry of Culture, Tourism & Antiquities, who formally expressed support of the Ministry for the national beauty contest. Girls paraded in casual and formal wear and were interviewed by the esteemed panel of judges. This year Miss Iraq adopted the regional format and girls representing 15 of the 27 regions from across the nation including Iraqi Kurdistan competed for the national beauty title. The initiative is in support of Government of Iraq’s efforts for national reconciliation.  The regional auditions for the contest were held last month in the cities of Erbil, Baghdad, Sulaymaniyah, Kirkuk and Basra. 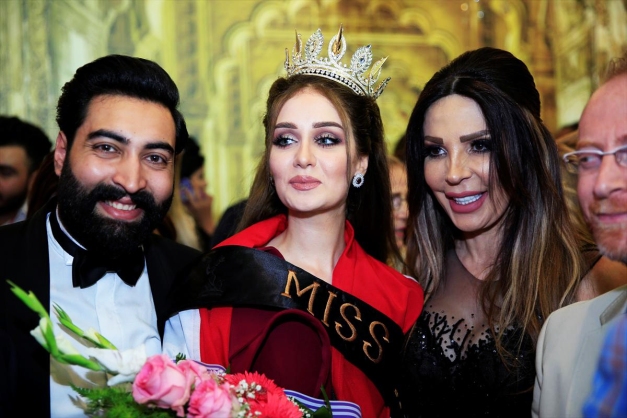 The star studded event was graced by dignitaries from foreign embassies and artists/performers such as Roula Saad, Dolly Shahin, Rania Beheiry, Layal Abboud, Hasna Mattar and Ayman Zabib. Local Iraqi bands/music troupes “Ornina” and “Five Baghdad” also played at the event. The new Miss Iraq was crowned by Susan Amer, who represented Iraq in Miss Earth last year, after the former titleholder was relieved off her duties due to failure to fulfill her obligations including participation at the 65th Miss Universe pageant and Miss World 2016.

Vian hopes to represent Iraq internationally with pride at the two major international beauty contests – Miss World and Miss Universe. During her reign, she will be supporting projects and activities of the Ministry of Culture and other non-governmental organizations. The runner-ups will also be given the opportunity to participate in other international beauty contests such as Miss Grand International, Miss Earth, Miss International, Miss Supranational and Miss Asia Pacific. All the aforementioned organizations have previously offered their licenses to Miss Iraq Organization.