Last night, I finally had that long-scheduled, once-postponed dinner date with a lovely lady at The Bowery in Burgos Circle. They were supposed to be two – of course, everyone knows my “inaanak” of sorts Bb. Pilipinas International 2014 Bianca Guidotti who unfortunately got booked in a Manila Hotel appearance at the last minute – but her best buddy Shauny Bult – formerly the representative of Netherlands to both Miss Earth and Miss International – who is now her country’s bet to Miss Grand International 2015 in Bangkok, Thailand come October – was the perfect solo partner for the night.

With Bianca getting stuck in her engagement, there was nothing to worry about since I had Shauny all to myself for the entire evening and got to know this Dutch beauty even more. 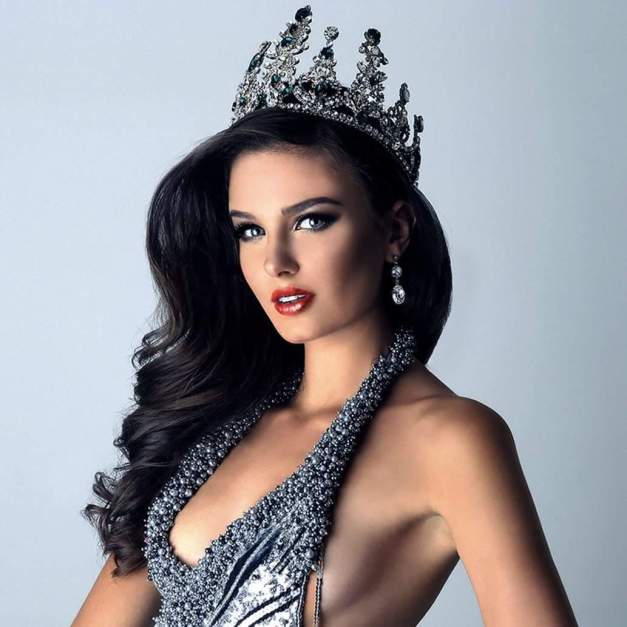 As Miss Grand Netherlands 2015, Shauny Bult is filled with excitement for her upcoming pageant mission. But having learned her lessons from two previous stints here in Manila during Miss Earth 2012 and in Tokyo for Miss International 2014, she admits to feeling less pressure now. And she is not about to make any hard-to-break gameplan either. With Bangkok being one of her favorite Asian cities, she wants to experience and enjoy the place from the other side – that of a beauty queen being given the royal treatment – as opposed to her first trip around Thailand when she visited (with her boyfriend) as a backpacker and stayed mostly in hostels all around.

Shauny was vocal about her fondness with Miss Earth 2012 – both the winner (Tereza Fajksova) and the entire stay in the country. While she may not have won or placed, she has developed strong friendships among the ladies. She knew that she came to Manila relatively unprepared for the demands of the competition and didn’t expect much in terms of honors.

Japan was a different story altogether. She really did her homework to the fullest before landing in Tokyo and expected to at least achieve a better outcome. The preparations were all in place. But then again, she had to console herself with the fact that the Miss International title wasn’t meant for her. The deep bond she formed with Bb. Pilipinas International 2014 Bianca Guidotti, though, is something that she will always cherish. The two of them hit it off so well from Day 1 that they have gotten so close up to the day of departure and until now.

This intelligent 23 year-old, who still has six months to go before finally completing her Bachelor of Science degree in Built Management and Real Estate, plans to finish up after all her queenly duties are served. By then, she will have already attached the word ‘Engineer’ to her name – a unique academic credential that comes with her chosen field of specialization. And at the rate that her future career ideas are fluttering in her mind one after the other, I bet that her plans can only marinate better once she finally takes that fateful leap and go full blast with the same.

More pics with Shauny Bult before we called it a night

As I was walking Shauny home, our almost three hours of conversation over dinner didn’t seem enough to cover all bases. She regaled me with additional details about her Manila vacation so far. After photoshoots with Raymond Saldaña for her Miss Grand Netherlands 2015 images in Leo Almodal evening gown (photo above) and a well-deserved vacation in Cebu (at Shangri-la Mactan Resort), she told your blogger that her stay has been extended till August 7. Aside from celebrating her next birthday here in Manila on August 3, she is also scheduled for a 2nd pictorial – this time for her swimsuit shots – with the same team. She also has an upcoming 3-day pitstop in Tagaytay City and the judging of a gay beauty pageant both with Bianca, plus a still-being-planned break in Batangas City to just enjoy the beach with nothing to do but sunbathe.

And I’m still looking forward to having my 2nd date before her return to the Netherlands. 😉

Shauny is getting ready for Miss Grand International 2015 in Bangkok

Shauny Bult is another hardworking beauty queen for her country. She first represented Netherlands during Miss Earth 2012. Then two years later, she re-appeared in Tokyo, Japan for Miss International 2014 (where she got very close to our bet, Bb. Pilipinas International 2014 Bianca Guidotti – see photo below).

For 2015, the gorgeous Dutch beauty is back and she will be Bangkok-bound for Miss Grand International 2015 come October.

On top of that, she will be on a personal visit to Manila this month where she will reunite with Bianca, and possibly have dinner with your blogger!

I will keep you on the loop the minute my date with Shauny happens. 😉