Now it can finally be shown

Now it can be finally shown:

Here are photos of the Edwin Uy Filipiniana national costume that Miss Grand Philippines 2019 Samantha Lo was supposed to wear onstage during Miss Grand International 2019. That is, until it got held in Paris along with the other luggage of our representative.

Thankfully, the creation has now been flown back to the Philippines. 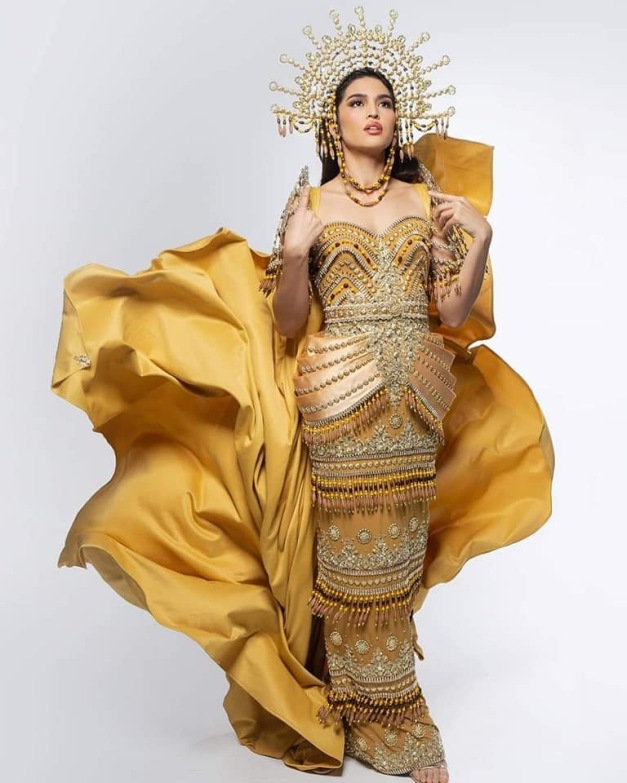 When you’re a national beauty queen like Samantha Ashley Lo who went to hell and back representing the country in an international beauty competition, some things are bound to affect her presentation and overall performance.

Instead of dwelling on the complicated details of what happened the minute she landed at Charles de Gaulle Airport in Paris, the detention and deportation, the fake Philippine passport, the return to the Philippines and the whirlwind flight to Caracas, Venezuela on another route, I would rather give my two cents on how she actually made the most out of the shortened time she spent competing in Miss Grand International 2019.

The Preliminary Competition was very telling on Samantha’s turns onstage. While half of me was expecting to see fluid presentations that would justify winning the title as a form of vindication, the other half saw a competitor who wanted so much to do well while calming her extremely-tested nerves in the process. A perfect example was the way by which she motioned her two hands before the pair landed midway between the waist and hips in the evening gown segment. Truth be told, I have never seen something like that for years. It is comparable to a beginner’s stance that is way beneath what a Bb. Pilipinas winner is expected to deliver.

How about the quick roundabout turn that punctuated her presentation? It did surprise, but not in a way that would make me jump out of my seat and applaud. While Miss Universe Catriona Gray expertly demonstrated the slo-mo twirl in swimsuit and the reverse turn in evening gown last December in Bangkok, Samantha did a fast-forward style that did not leave me breathless. It lacked grace, sadly.

There is a grand difference between rooting for Miss Philippines because you know that she performed almost flawlessly as compared to cheering with continued optimism just to keep the already-flickering lights alive. I wanted to settle in the middle because Samantha is giving her best under the most trying circumstances. But the danger of pushing myself to the latter is leaning on hopes that Nawatt Itsaragrisil would squeeze out all the newsworthy juices surrounding her bid. And I cannot – in all honesty – accept such kind of victory that is tantamount to winning for the wrong reasons. Our Queens are not clearance-sale items. We have earned the respect around the world as the benchmark for international pageantry.

So where to now, Samantha Lo?

The choices are not encouraging.

She could return to the Philippines and face dethronement with BPCI. But there is also the heavier consequence of having used a fake Philippine passport (but this is something I would rather leave to the authorities).

Or she could return to the US and resume a life that she left behind when she started residing in Cebu a couple of years back.

For sure, Samantha will get proper legal guidance. I am still praying that things will work out for the best.

Host delegate Lourdes Valentina Figuera Morales was crowned Miss Grand International 2019 during the Final Show held at the Poliedro de Caracas Convention Center. She is the first Venezuelan to win the title since the pageant’s inception back in 2013. She was crowned by last year’s winner Clara Sosa from Paraguay.

The Finals of Miss Grand International 2019

At around 7am tomorrow morning in Manila (7pm in Venezuela local time), the Final Show of Miss Grand International 2019 will commence at the Poliedro de Caracas.

This is one judgment night all Filipino pageant fans are eagerly looking forward to as it will show if #MissGrandPhilippines Samantha Lo’s efforts will be rewarded with a win or a respectable placement in the competition.

You can catch the Live Streaming here, on FB or in the pageant’s Youtube channel. 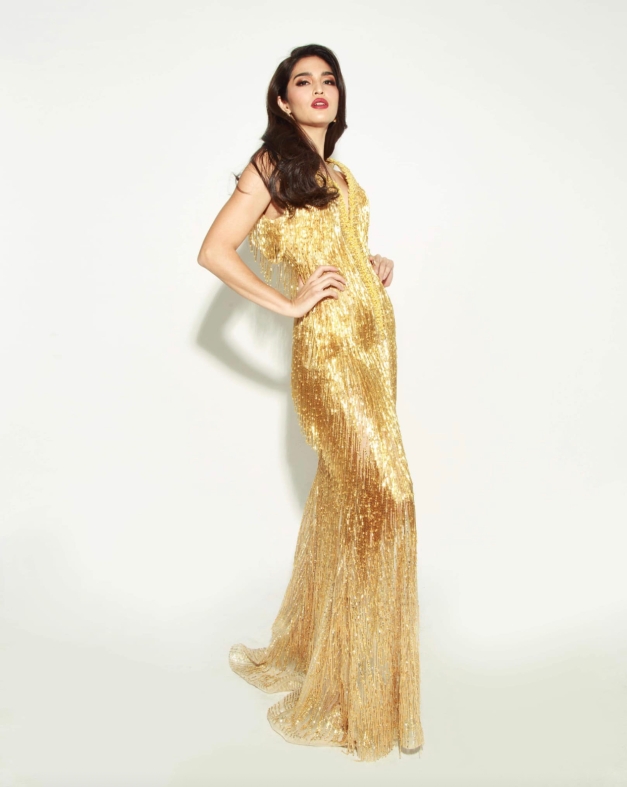 Photo credits for the photos in this set:
Makeup by : Lei Ponce
Hair by : MJ Rone
ACCS by : Christopher E Munar
Styled by : Mikee Andrei
Shoes by : Jefferson Si
Photo by : Marasigan Gio 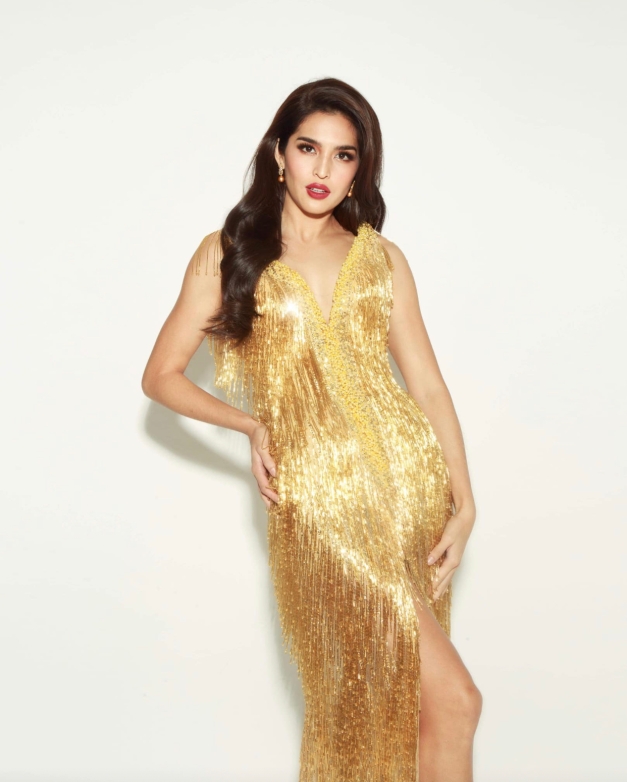 The Official Statement of BPCI on the Samantha Lo situation

Look who’s in Venezuela now (with the Philippine sash) for Miss Grand International 2019. After everything that has happened the past week, she is ready to make up for days of absence. Below is a screenshot of the explanation in her IG account.

Where in the world is Samantha Lo? 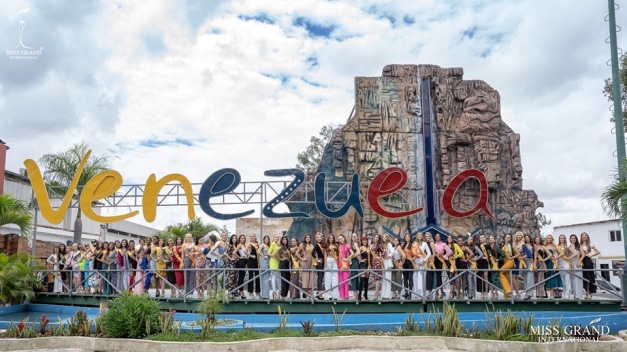 All the candidates of Miss Grand International 2019 in Caracas, Venezuela have already checked in, except our own Samantha Lo. Where could she be?

The only thing I know for sure is that she missed her connecting flight at Charles de Gaulle Airport in Paris and that she is supposed to arrive in the Venezuelan capital by October 15. It’s almost midnight of October 14 in Caracas at the time of this blogging. Fingers crossed, we will see her resurfacing within the next twelve hours or so.

That’s all I can say for now.

Bb. Pilipinas Grand International 2019 Samantha Lo was photographed before checking in for her Philippine Airlines flight that will connect to another one before arriving at her destination – the capital of Caracas.

normannorman.com wishes you all the best in this journey to the Miss Grand International crown.

Stay safe and slay them all in the competition!