The search for Miss Global Philippines 2017 is now on

For a three year-old national beauty competition, Miss Global Philippines has started to find its niche in the country’s pageant landscape by being the only one of its kind that encourages single mothers to take part, aside from extending the age qualification to 28. These two unique features effectively widened its reach to all the potential candidates, including the ones who may have “overlooked” their chances of joining the likes of Bb. Pilipinas, Miss Philippines Earth and Miss World Philippines. What’s more, the opportunity to represent the flag internationally is also an exciting part of the whole process with the annual Miss Global that has particularly allowed reigning titleholder Camille “CJ” Hirro to strengthen her personal platform after placing 1st Runner-Up in the last edition held right here in Manila.

Pauline Sofia Laping of PSL Entertainment Production – who is also the CEO and National Pageant Director of Miss Global Philippines – is ready to make the 2017 search bigger and brighter. She wants the pageant to make a more commanding stand that would further attract the participation of smart and cause-oriented Filipinas to sign up and vie for the title. 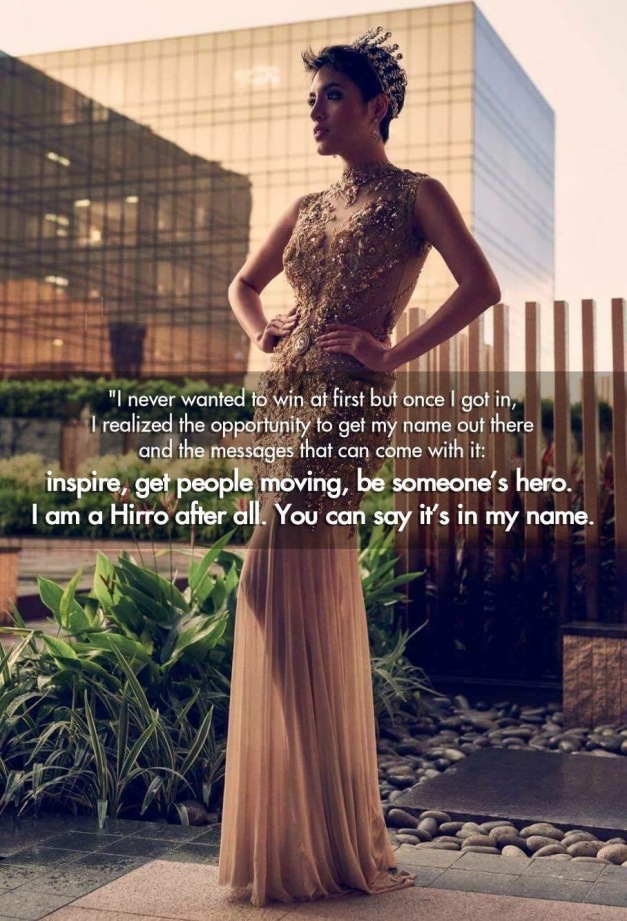 CJ Hirro continues to have a beautifully significant reign so far

Check out the qualifications for Miss Global Philippines 2017 above. If you fit in (or you know a qualified contestant), then get ready for the first screening scheduled on March 18 at West Avenue Suites in Quezon City.

Sunday Specials: They will relinquish their crowns soon

It will be a merry month of pageantry starting the 2nd half of next month. Four major beauty pageants will have their Grand Finals in almost quick successions.

October 16 will see Valentina Rasulova of Russia handing over the Miss Intercontinental crown to her successor at the Stein Studios in Colombo, Sri Lanka. Jennifer Hammond will be our bet.

And then on October 25, Claire Parker of Australia will be next in line to relinquish hers at the Westgate Las Vegas Resort and Casino during the lavish climax of Miss Grand International 2016. Nicole Cordoves will seal our fate in this one.

Two days later, or on October 27, all roads will lead to Tokyo Dome City Hall in the Japanese capital for the elegant affair that is Miss International 2016 where Edymar Martinez will find out who’s next. This is Kylie Verzosa’s date with destiny.

And finally on October 29, Angelia Ong will see if a back-to-back-to-back is even possible with Imelda Schweighart representing the Philippines in Miss Earth 2016 which will culminate in the Coronation Night at the SM MOA Arena.

Mister Universal Ambassador 2016 will have its finals on September 30 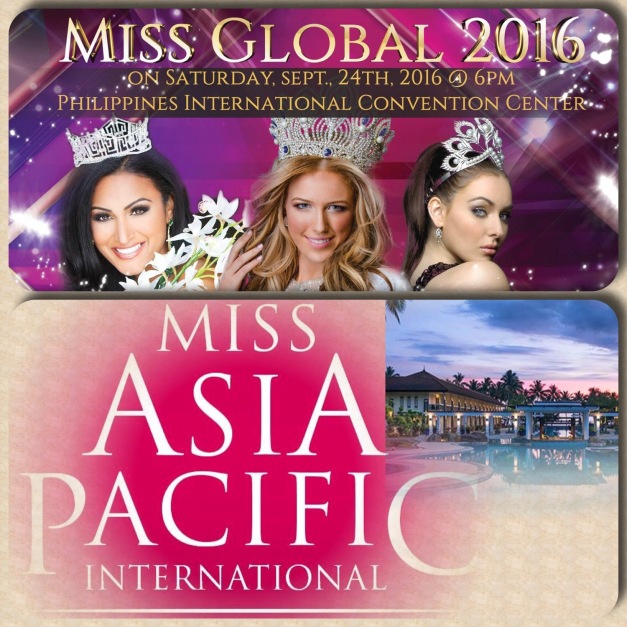 PS. I have not even included Miss Global and Miss Asia Pacific International yet! The first will be beld September 24 and MAPI next month