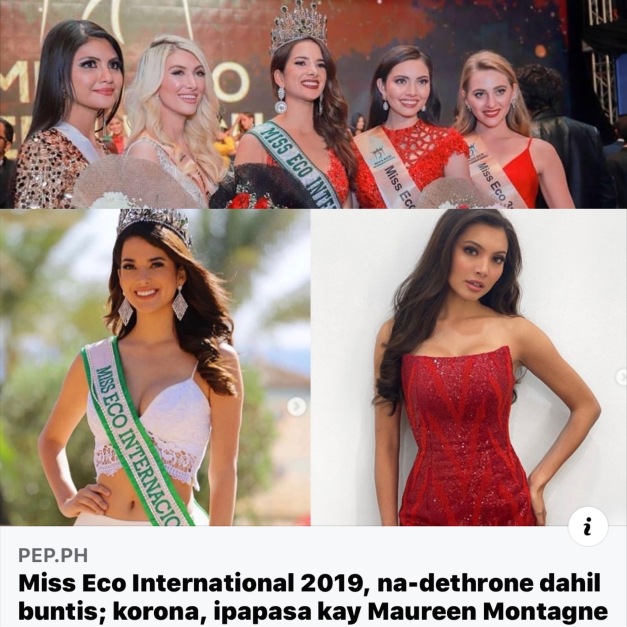 According to my sources at Miss World Philippines Organization, the news item above is NOT yet confirmed. Unless an official statement is released by the organizers of Miss Eco International, everything is still premature at this point.

Once the Egypt-based officials make it final, then that would be the time to quietly rejoice for the back-to-back win of sorts. 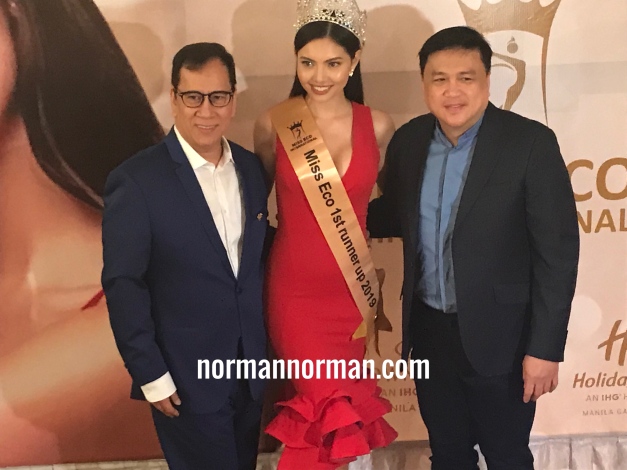 At the Sapphire B Ballroom of Crowne Plaza Manila Galleria, a two-in-one Press Conference was hosted by the Miss World Philippines Organization. First was the homecoming for Miss Eco Philippines 2018 Maureen Montagne who successfully ended her mission in Cairo, Egypt when she placed 1st Runner-Up in a very close battle for Miss Eco International 2019. It was almost a back-to-back win for the country with Cynthia Thomalla being the outgoing international titleholder.

Maureen was pleased of her achievement abroad. For now, she plans to hang her pageant shoes in favor of a showbiz career. She will be shooting her first feature film soon, and is hoping that she will get a good hosting break on TV after.

The second focus of the Presscon was the formal introduction of Arnold Mercado as the new General Manager of the Miss World Philippines Organization. One of the former pillars of popular beauty camp “Aces & Queens”, he will now be in-charge of the annual Miss World Philippines competition as well as the upcoming Mr World 2019 to be hosted in the country starting late July with a finals date set for August 4. He will also take care of the promotion and appearances of the reigning Queens and Kings of the organization.

Best wishes to both Maureen and Arnold (now fondly called “Mama World” by everyone) in their future professional endeavors as part of the group headed by Arnold Vegafria. 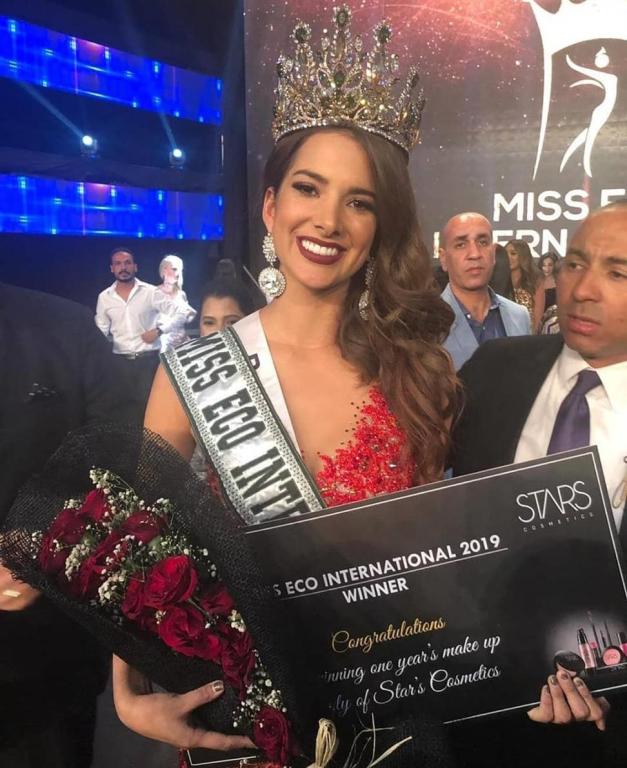 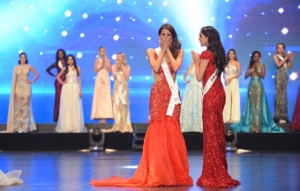 Congratulations to Suheyn Cipriani @suheyncipriani of Peru for winning Miss Eco International 2019. She was crowned by last year’s winner @thia_thomalla.

It was almost a back-to-back win for the country! 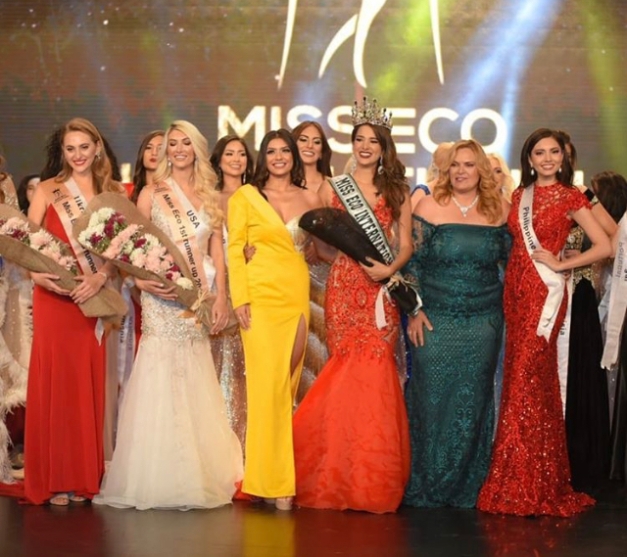