Amidst all the controversies (and unforgiveable embarrasments) with the initial days of SEA Games hosting in the country, the Opening Ceremony this coming Saturday, November 30, should be a source of pride for Filipinos. Aside from the showcase of World-Class singing talents, the muses of the participating countries in the region’s biennial sporting event will be eleven (11) of our international beauty titleholders, namely:

Let’s hope that things go on an upswing after the festive start. 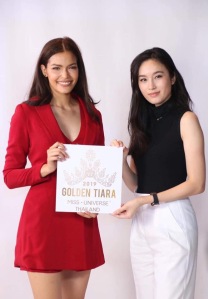 It’s no secret that I am fond of Fahsai Paweensuda Drouin, the Thai-Canadian beauty who placed 2nd Runner-Up during Miss Universe Thailand 2017 and was chosen as Thailand’s representative to Miss Earth that same year. Because of her trip to the Philippines for the international competition, she started a relationship with Filipino pageant fans that led to succeeding visits to the country especially during the heydays of Mr & Miss Hannah’s Ecotourism and Mr & Miss Hannah’s World Tourism Philippines where she started a friendship with now Miss Universe 2018 Catriona Gray.

Inspired by Cat and her throng of supporters in Thailand, she is now ready to embark on a new journey in pageantry via Miss Universe Thailand 2019 which is now under new management – TPN.

Watch her screening video and how she impressed the judges to be able to get a Golden Tiara – an automatic pass to the Top 60 which makes her an Official Candidate.

Karen “Braveheart” Ibasco: On the day she will crown her Miss Earth successor

She stood up against the odds without flinching.

Miss Earth 2017 Karen Ibasco is a braveheart – someone who was called (make that crowned) to action, who stepped out in courage, and who followed through to completion the task she has been called to do or become.

As Miss Earth 2017, she faced one of the most mud-slinged reigns in modern international pageant history. Blame it on the common perception of physical beauty by many fans, supporters and followers from other countries who could not accept her inclusion in their idea of a deserving winner. Heck, even some of her fellow Filipinos joined in the fray and threw their own bushels of tomatoes in dismay. It also didn’t help that the competition was held here in the Philippines where a hometown decision is sure to be met with more than quizzical looks.

And so, she was faced with ferocious resistance the night the crown was placed on top of her head. The most unpleasant shots spread like wildfire on social media, just like the hurtful memes that bruised her feelings like nonstop jabs from an unseen class of opponents.

But Karen is not one to be cowered by such below-the-belt attacks. She remained undaunted, and took the queenly path instead – keeping her cool/composure every step of the way.

And more than midway through her year of reign, the hits gradually grew silent and acceptance crept in a painfully slow manner. It didn’t matter. She continued to hold her head up high.

And now that she is about to crown her successor tonight, Karen can look back to all the painful moments she had surpassed. And give out a generous smile. Because true to her title, she is one of the most down-to-Earth Queens I have ever met. She fulfilled (and continues to fulfill) her responsibilities with clockwork precision, while preserving the pageant brand she was tasked to sustain and strengthen.

Karen “Braveheart” Ibasco. Move on with an even braver heart. Continue to be an inspiration to many. And keep up with the efforts in making our Earth a most environmentally safe place to live in.

A Potpourri of Small Updates from our Queens 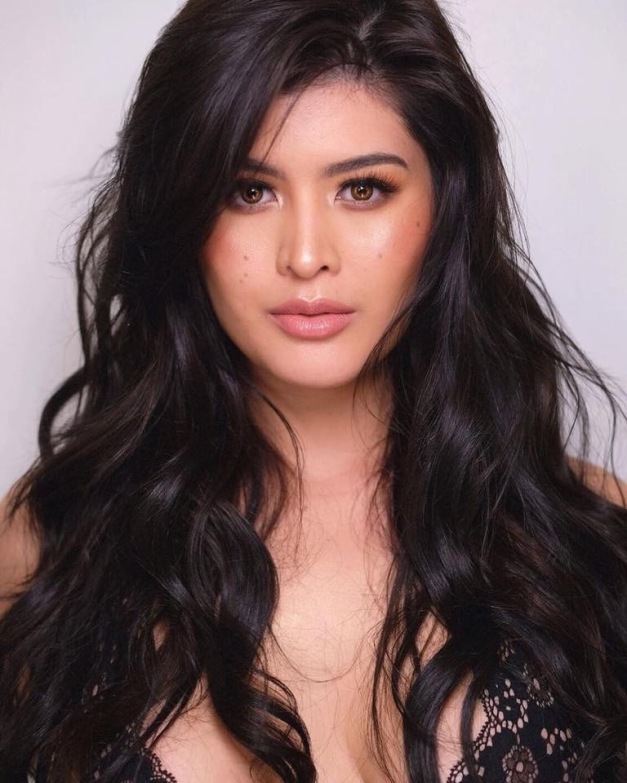 Bb. Pilipinas International 2017 Maria Angelica De Leon is looking forward to the month of July where something exciting awaits!

Watch out for our Queen Mariel soon! 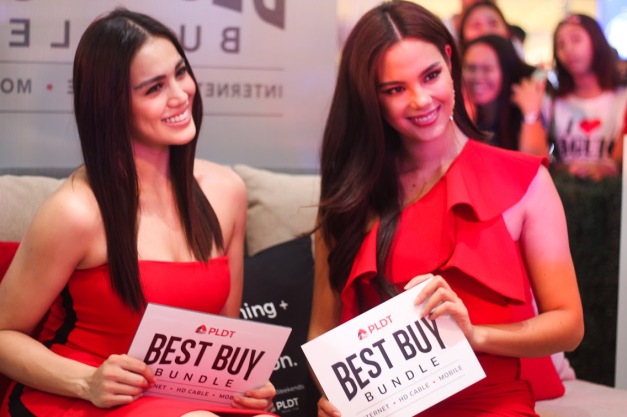 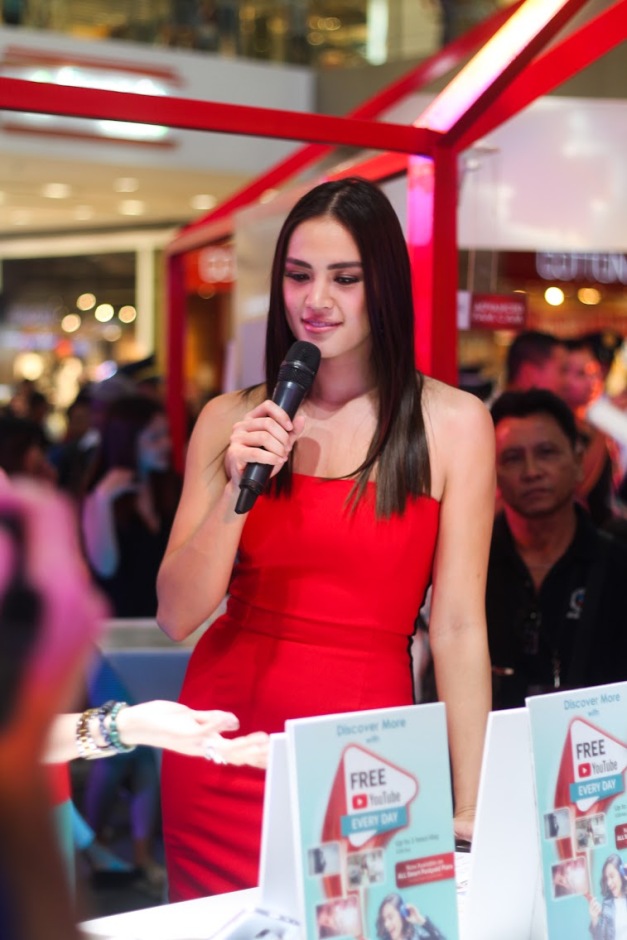 Thanks for the photo coverage, Patet Magalona Fermin!

Whatever shade of hair color, the beauty of her face remains in full bloom!

Bb. Pilipinas Supranational 2018 Jehza Huelar for you, sporting a new shade for her shiny long tresses. 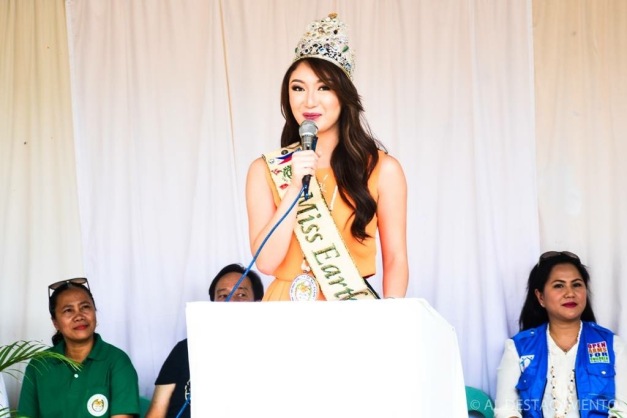 Sharing with you photos of the 1000 Trees Tree Planting Activity of Open Arms for Children Inc. together with Miss Earth 2017 Karen Ibasco in Brgy. Batuan, Municipality of Balasan, Iloilo Province.

Thanks for the coverage photos, Al Destacamento! 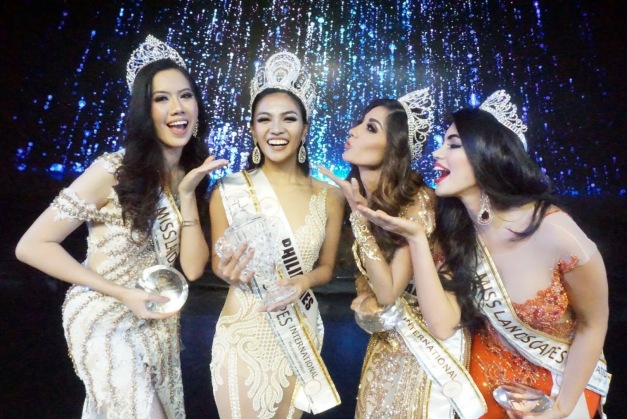 Finally, above and below are photos of newly-crowned Miss Landscapes International 2018 Karen Grace Atienza and her court of runners-up from Ecuador, Peru and Thailand

Hope you all had a restful weekend, dear readers!

Karen Ibasco: she came, she saw, she conquered

Hers was a reign that had rough patches here and there. And boy, were the potshots so cruel that anyone of a lesser heart and determination would succumb to the bashings that progressed from the nationals all the way to the international pageant stage.

As the reigning Miss Earth Philippines, Karen Ibasco was not spared the iron rod by critics who had a heyday putting her down for not having the traditional look and beauty we always associate with a winner, let alone a titleholder who would represent the country in the bigger Miss Earth. But when her innate smarts, academic credentials and articulate self start reeling in, then everyone would just sit up and take notice of how she would gloriously defeat all opponents coming her way. After all, being a Physicist gave her way more than textbook knowledge about science and stuff. What’s more, being able to translate her thoughts into words that would make the complicated seem reasonably understandable is a gift that not everyone can lay bragging rights on. Do watch two video clips (courtesy of Rappler) of how she was able to pull a well-deserved victory during Miss Earth Philippines 2017.

Since tonight is when Karen will relinquish her Miss Earth Philippines crown, I will stop at this point because her reign as Miss Earth won’t end until the 4th quarter of this Year.

Let me just say how proud I am of this woman who continuously held her head high amidst the varying degrees of stormy weather she had to live through. She remained cool, calm and collected. Gracious in all her moves and every inch a Queen so down-to-Mother Earth (pun intended). 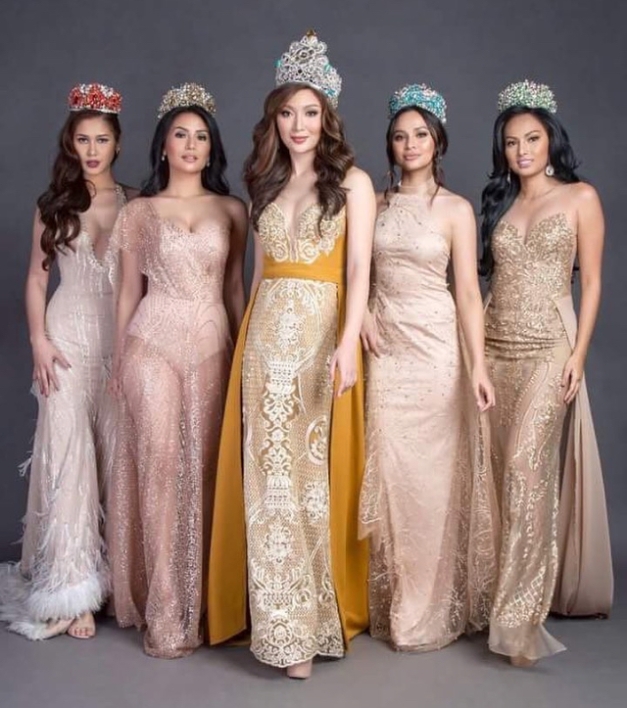 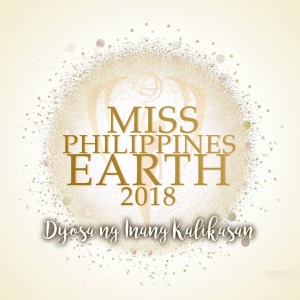 The five beauties above will be crowning their successors next month.

Get ready for the coming of the “Dyosas ng Inang Kalikasan”!

Gone are the periods when pageantry blogging and coverage is strictly seasonal. Time was when the two quarters of an incoming year are dedicated to just Bb. Pilipinas and Miss Philippines Earth, with the month of June considered to be a rest period of sorts. Now, the 3rd quarter is already earmarked for Mutya ng Pilipinas and Miss World Philippines, with short intermittent breaks in between. And by the time the last quarter chimes in, focus is directed on the international missions of our crowned national titleholders, be it here or abroad.

Now, practically every other week of the twelve months of the year is already penciled for either new pageants, rising competitions and the numerous festivals around the country which have already leveled up in terms of production and finals staging.

In 2017, normannorman.com started with the 65th Miss Universe in Manila back in January and ended with the Christmas Tour of the Miss Universe 2017 winner and national winners earlier this month. February, March and April were Bb. Pilipinas 2017 and Mister Philippines coverages, with Miss Philippines Earth 2017 activities overlapping in the tail-end leading to the mid-year Finals together with Mr & Miss Hannah’s EcoTourism Philippines. The ever-consistent Mutya ng Pilipinas 2017 immediately followed suit, with the launch of new management over at Miss World Philippines Organization starting a fresh new reboot for the once-single-titled competition into one that now offers multiple crowns at stake.

The active entry of Miss Scuba Philippines, Mr & Miss BPO & Mrs. Tourism and continuation of Miss Global Philippines and Jewel of the Philippines cornered part of our attention, while male contests tripled in number with Misters of Filipinas, Gentlemen of the Philippines and Man of the Globe earning their stripes for either the nth, 2nd or inaugural editions. Of course, we cannot forget the hosting of Miss Asia Pacific International 2017 and Miss Earth 2017 which created controversy with yet another hometown decision during the Coronation Night. 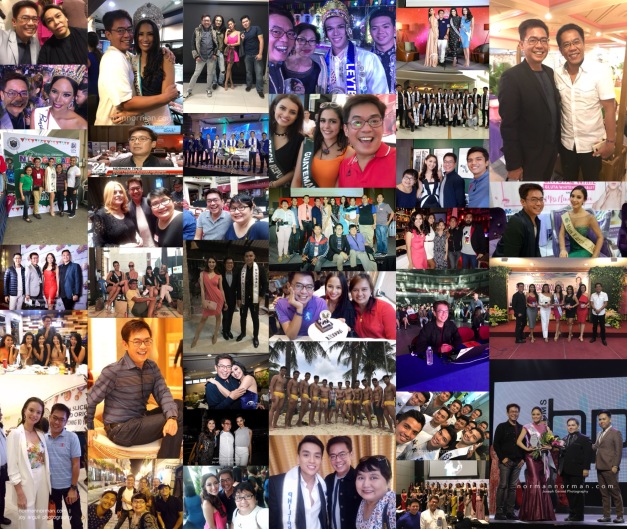 All in all, this has been a busy year. And thanks to the additional trust given to your blogger by regional pageants from Laoag and Pagudpud in Ilocos Norte to Vigan in Ilocos Sur, from Tarlac to Laguna to Quezon Province and Puerto Galera, from Tacloban City to Burauen, Leyte, from Cebu to Toledo and from Cotabato City to Cagayan de Oro.

Lastly, being awarded as one of the Philippine Empowered Men and Women of 2017 is a big icing on the cake, along with the trust given by ABS-CBN, CNN Philippines, GMA-7 and Rappler for appearances, contributions and interviews that extended my reach within and beyond our shores.

As I have always said in jest to people who ask how I fit in everything in my already hectic schedule of commitments, there should be a cloning device that would allow yours truly to be present in two simultaneous events happening in two separate venues. But I am enjoying the ride regardless.

Thank you for staying with me, dear readers. I may not be the perfect pageant blogger, but I always try and will always keep you on the loop in anything and everything significant in this industry we so love to follow despite the flaws and shortcomings that never cease to induce both critical and bashing sides of everyone’s online alter egos.

Happy New Year to all!