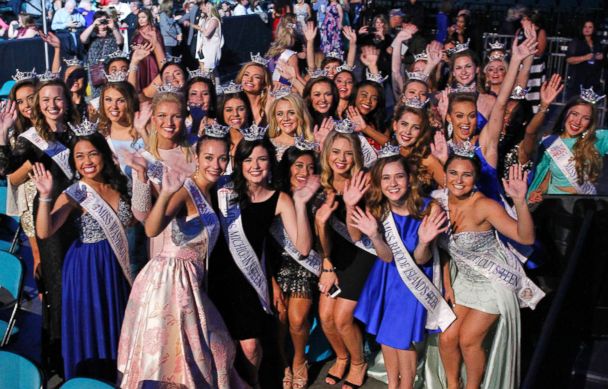 It was just a matter of time till another beauty contest would follow the trail of Miss World and drop the swimsuit competition altogether. But hey, the Chair of the Board of Trustees of the Miss America Organization Gretchen Carlson (Miss America 1989 herself) defends that it is not a beauty pageant in the first place but a scholarship contest. And as replacement, all candidates will have live interactive sessions with the judges. Sounds good to me because I have always looked at Miss America as going to the direction of showing less skin. Actually, I expected this group to have jumpstarted the action – even ahead of Julia Morley.

Now as far the entertainment value of Miss America, then it will all boil down to making the Talent Segment more engaging and the interactive sessions even more delightfully thought-provoking – not only in terms of the TV ratings but also in revolutionizing positive changes in the same.

Now who is the next brave heart to follow suit from hereon now?

An older edition of the Miss America with the swimsuit competition still in practice.

Miss Republic of the Philippines in planned revival mode

Three of the four best-performing Miss Republic of the Philippines titleholders from 1966-1976 (Photo credits: Tony Paat)

The winners of Miss Republic of the Philippines 1974 (with Evangeline Pascual sitting on the throne) Photo credit: Tony Paat

The latest buzz in local pageant circles at the moment is the plan to revive Miss Republic of the Philippines.

But unlike the original which served as the national finals for the country’s Miss World representatives from 1966-1976, the new version will be patterned more after the Miss America Pageant which is purely a scholarship competition with no mission to vie for an international crown. And this could really be an excellent foundation for beautiful and intelligent Filipinas who are just waiting for the solid opportunity to further their education (be it in the undergraduate or masteral levels) while promoting their individual advocacies.

Bright minds, outstanding talents and service-oriented hearts will hug the spotlight this time around. And the prospects are really exciting me. For a change, I would rather armchair-judge a lady without being compromised by the dictated profile/s of a particular global contest.

So what say you, dear readers? Will you give your thumbs up to this one? 😀