And it finally happened.

Miss World 2013 Megan Lynne Young and Miss Universe 2013 Maria Gabriela Isler meet face-to-face in Moscow to judge and co-assist in crowning Miss Russia 2014. You can easily see the glow in their faces, knowing that both are warm and friendly beauty queens representing the two biggest international beauty competitions.

While Molly’s height towers over our Megan, that detail is already beside the point. You simply can’t deny the fact that the latter exudes a more regal bearing in the pic above.

A Message of Thanks from Miss World 2013 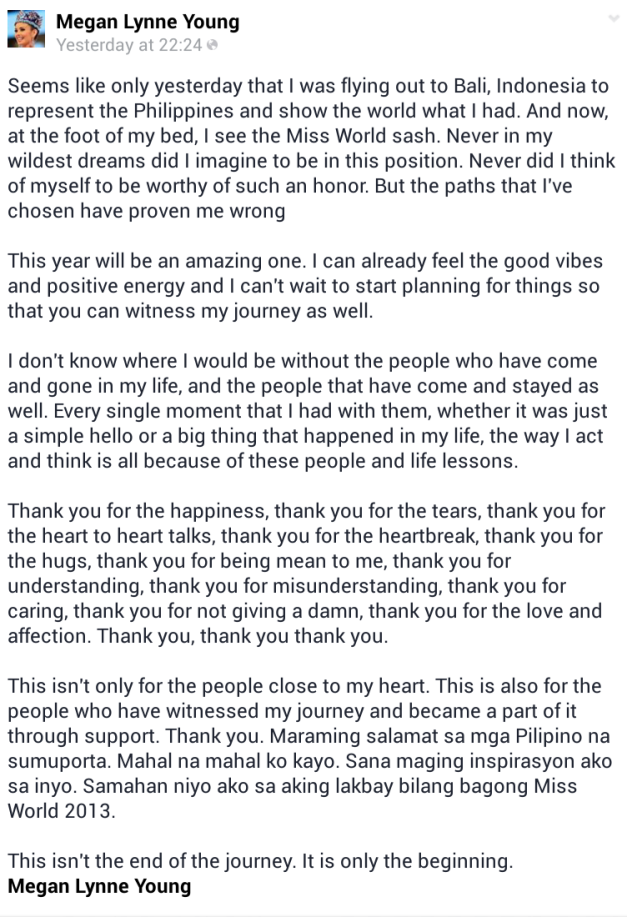 A Blue gown for the Blue crown of Miss World? 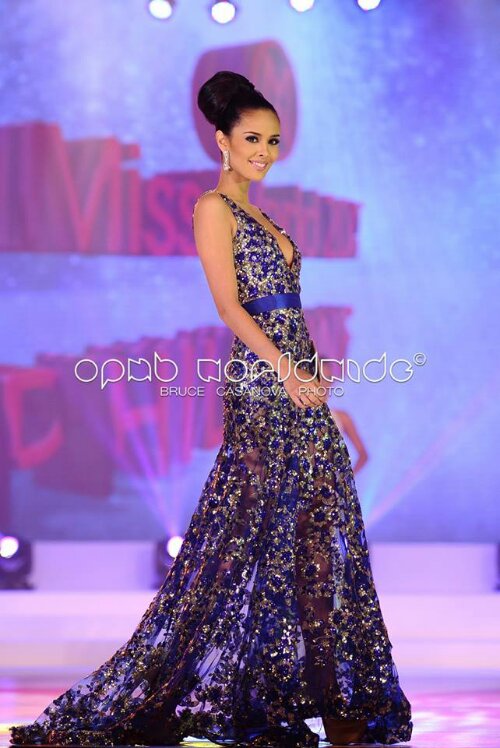 When Megan wore a blue gown for MWP2013, I knew right then and there that she had the crown in the bag for good. (Photo credit: OPMB Worldwide/Bruce Casanova)

I’m sure you’ve noticed what color Wenxia Yu was wearing when she won MW2012.

Of the eight (8) candidates who were assigned to wear blue evening gowns, only three (3) made it to the semifinals (Megan Young, Zahra Saldua and Jennifer Hammond) of Miss World Philippines 2013.

And when the Top 13 was filtered to just five (5), only Megan and Zahra were left garbed in blue. At that point, I was dead sure that Megan would outlast the competition. Honestly, I never considered (the over-performing) Zahra for one of the last two spots after she over-presented her evening gown (and later stretched her final Q&A beyond our patience for wordiness). So that left our new winner as the only one in a color that hues close to the Miss World crown. Sure, Janicel Lubina gave me a tinge of nervousness going into the final Q&A. But I was ready to bet everything for Megan. All in.

And since it is now crystal clear that Megan Young will be making that trip to Indonesia, I can already see her possibly wearing another blue gown or another Eric delos Santos blue-colored creation or the same blue gown all over again.