A Salute to the Binibinis of Class 2015 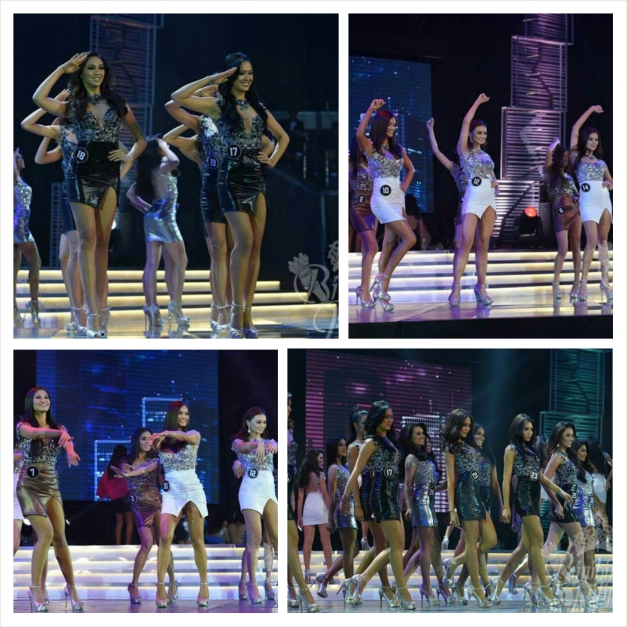 The Binibinis during their 'Salute' of an opening number

After watching the opening number of Bb. Pilipinas 2015 last night, I searched online on the music used.

Found it. The all-girl quartet ‘Little Mix’ is responsible for the song “Salute” (watch the original music video below) which was remixed to suit the choreography of the ladies with a most apt theme for all thirty-four (34) Binibinis who dedicated the past two months of their lives to this year’s nationals.

I personally salute each and everyone of you for sharing a big part of yourselves and proving to all that, indeed, the Filipina beauty is and will always be a force to reckon with.

Maolin and Patricia: The Newbie or The Pro? 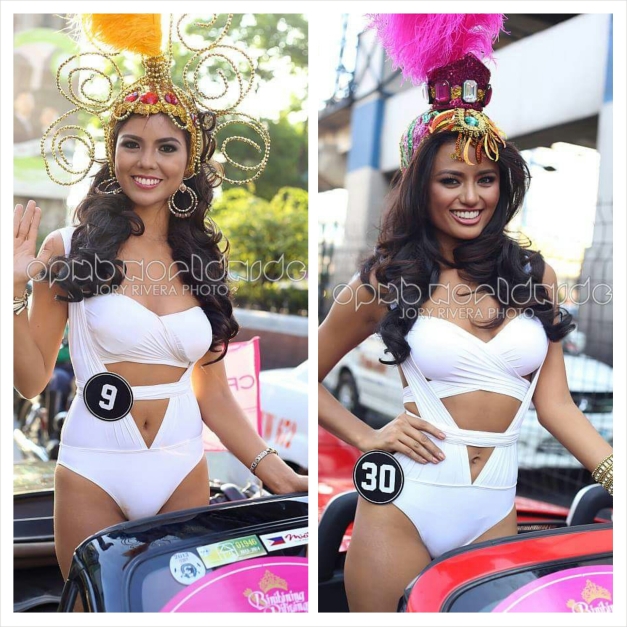 Binibinis 9 Maolin Yalung and 30 Patricia Lae Ejercitado stand on opposite ends of candidate classification. The former is a Bb. Pilipinas first-timer, the latter a 3rd time-joiner.

Given that premise, does the more seasoned Ejercitado have the edge because of her previous stints in the competition? And is Yalung still going through her baptism of fire in the nationals – still unripe for serious consideration but ready for initial battles?

In my books, prior experience is not a fool-proof guarantee of doing much better than before or way before. But it is a definite lesson provider on how to improve on past shortcomings or in Pat’s case, styling. As far as Mao is concerned, there is always the fresh look and/or beginner’s luck to bank on. After all, beauty contests can also be a gamble.

Win big or lose big. Who will get the winning roll of the dice between the two? 🙂

Who will the beauty fountain bless - Maolin or Patricia? (Photo credit: Jory Rivera)

From Pampanga to Ozamiz City, this match between Binibini 9 Maolin Yalung and Binibini 26 Anabel Christine Tia is anticipated by their respective supporters.

This face-off is tougher than I imagined. While starting a beauty clash between two ladies from the same camp can be difficult, pitting Binibini 26 Anabel Christine Tia – whom I don’t deny as someone I’ve been particularly fond of since last year’s edition – against Binibini 9 Maolin Yalung is turning out to be a real challenge.

We have already seen how Anabel has meticulously transformed herself from the relatively conservative looking Binibini 6 of Bb. Pilipinas 2014 to the more vibrant and sensuous Binibini 26 of Bb. Pilipinas 2015. This girl knows what she wants and will sacrifice even her personal joys just to make this mission in the nationals more successful this time around. These two ladies are both alluring…they know how to turn the heat when it matters most. (Photo credit: Joy Arguil)

Maolin, on the other hand, is the first of two replacement candidates after the original Binibini 9 (Kimberle Mae Penchon) backed out due to professional reasons. But what a replacement she is turning out to be. In fact, one would wonder why she did not make the Top 34 in the first place. Of course, I have heard of some wild rumored stories, but they remain as such. And this tall and bouncy Kapampangan is proving to all and sundry that she really should be part of the batch.

So onto the heart of the matter – who gets the upper hand in this combination? The determined lass from Ozamiz City or the head-turning eye candy from Pampanga?

I’m using both heart and head here. Anabel gets my nod. Not by a mile, but a safe distance nonetheless. 😉

Who will survive among the KF 17?

Rogelie and Hannah complete the 17

Kagandahang Flores takes the record for having the most number of entries in Bb. Pilipinas 2015 – seventeen (17) Binibinis in total or exactly 50% of the total number of Official Candidates.

And if we are to categorize each one of them, the classifications can be defined as follows:

Whew! If you ask me to come up with two extra categories, there will already be an overlapping of names to be included so I stopped with the last one above.

Okay. So who do you think will be the strongest survivors in this group of 17?

She is the replacement for Kimberle Mae Penchon who withdrew from the Bb. Pilipinas 2015 competition to pursue a business opportunity that might not get around in her favor again. And Maolin Yalung is just too happy to fill in the shoes as Binibini 9. After all, they come from the same beauty camp (Kagandahang Flores) so the total number of heads did not change at all. She can even go one step further and consider the turn of events a blessing in disguise less than two months from now.

At any rate, Maolin’s inclusion made it in time for her to film the Truth and Dare video that everyone else completed shortly before she taped hers. See if this Kapampangan gives the positive vibe that will convince you to put her on the short-list of potential winners for now. 😉

Maolin Yalung (2nd from right) during the screenings

With the previously-blogged withdrawal of Kimberle Mae Penchon as Official Candidate of Bb. Pilipinas 2015, it was only a matter of time before her replacement was announced by the organizers. One KF out, another KF in.

Maolin Yalung, who many thought should have easily coasted to the list of Official Candidates, had to pass through the eye of a needle before becoming one. Now that she is the new Binibini 9, trust this girl to prove even more that she deserved to be part of the batch in the first place.

Maolin Yalung was part of a blog post I uploaded last December 12, 2014 about the Mutya ning Kapampangan 2014 winners where she placed 3rd Runner-Up to eventual titleholder Mary Angelique Manto. Aside from that, she was also a representative of her province in the Miss Casino Filipino 2014 competition won by Rogelie Catacutan.

This 20 year-old 5’9″ native of Mabalacat is a proud degree holder in Speech Pathology from the University of the Philippines-Manila. She is an advocate of education and would love to take part in projects that create more awareness of its importance.

Will Mao make it in the final selection of Bb. Pilipinas 2015 Official Candidates? This KF-trained lass is confident she can. 😉

Maolin introducing herself during the Bb. Pilipinas 2015 screening

The entries of Kagandahang Flores for Bb. Pilipinas 2015. A full house indeed. 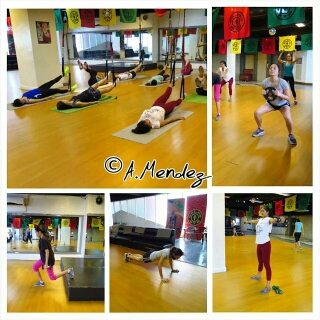 Constant workouts for the hopefuls

Kagandahang Flores already gave us a good preview of its screening entries for Bb. Pilipinas 2015 last Tuesday. The likes of Hannah Ruth Sison, Anabel Christine Tia, Anja Peter, Ina Guerrero, Caneille Santos and Maolin Yalung have initially shown up. And there’s more from where they came from.

I got confirmation that Janicel Lubina and repeater May Liezel Ramos will also screen between today and tomorrow. And there are several first-timers in the fold as well. In total, my count is that the camp will field in around 24-25 ladies. Will everyone make it?

This is going to be another exciting year for the nationals. 😉 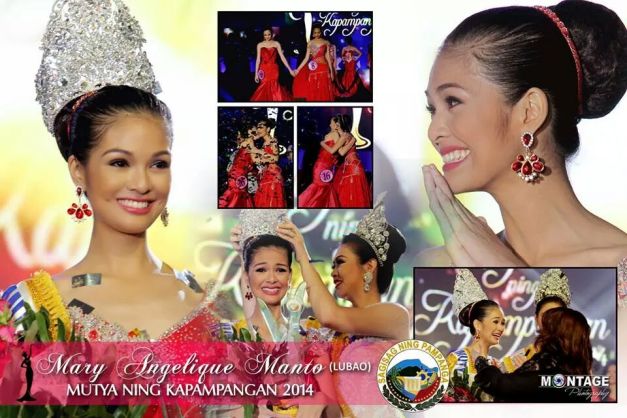 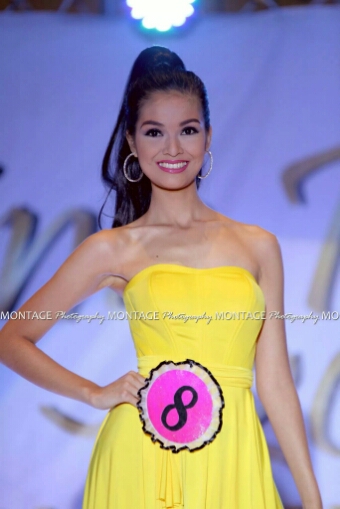 Mary Angelique Manto is giving me that Eva Patalinjug vibe

The Province of Pampanga has always been a rich source of potential Binibinis or Bb. Pilipinas titleholders for that matter. Names like 1979 Miss International Melanie Marquez, Bb. Pilipinas Universe 1997 Abbygale Arenas, Bb. Pilipinas Official Candidates Gina Joy Howell (2012) and Emma Tiglao (2014) are usually mentioned when asked to rattle off some familiar Kapampangans who have gone either national or international in pageantry.

This year, Mutya ning Kapampangan wrapped up its search the other night with the proclamation of Mary Angelique Manto of Lubao as the fairest among the twenty-two candidates. The beautiful Communication Arts major of University of Santo Tomas proved that she has both beauty and talent to bring her to the top 5. From there, she was able to handle the final Q&A well enough to secure the title and defeat the other favorites for the crown. A former 2nd Runner-up in The Search for Ideal Thomasian Personalities 2013 (TSITP), she used the experience to help her stand out in the finals. 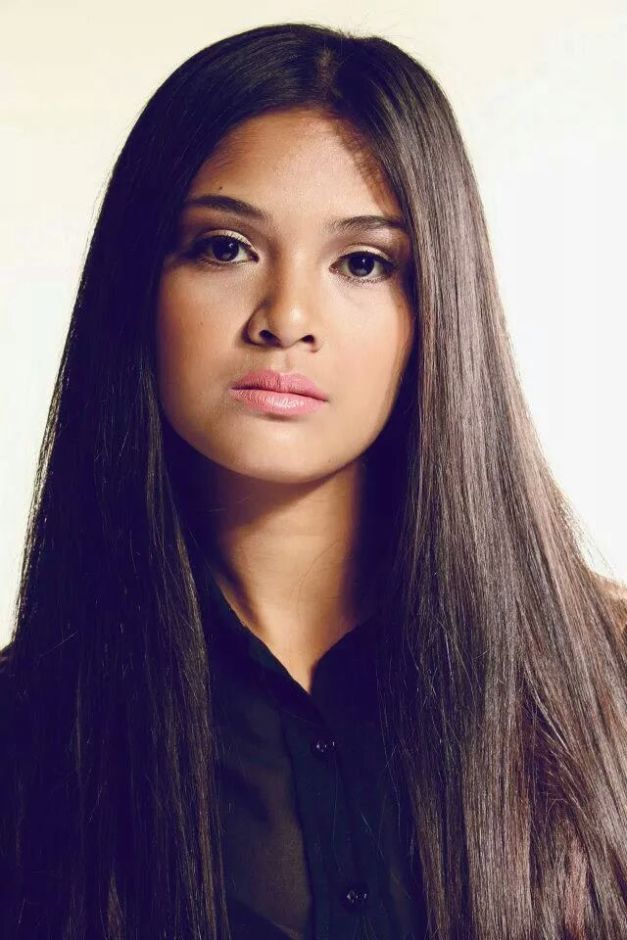 Young, beautiful and with a bright future in pageantry, Mary Angelique Manto is. 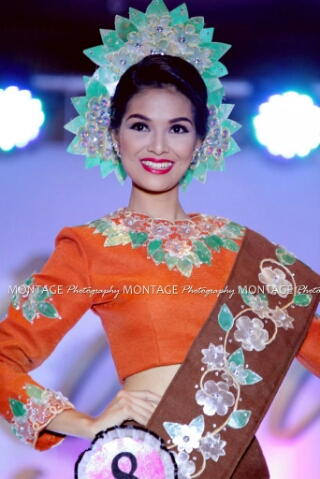 So the next question would automatically circle around the possibility of joining Bb. Pilipinas (or Mutya ng Pilipinas if you will) next year or in 2016. You see, this pretty lass is only 18. And the future could be real bright for her in the pageant world if she chooses to further her training and polishing for the big league.

Will we see more of Mary Angelique Manto in the months to come? I have a good hunch about her.