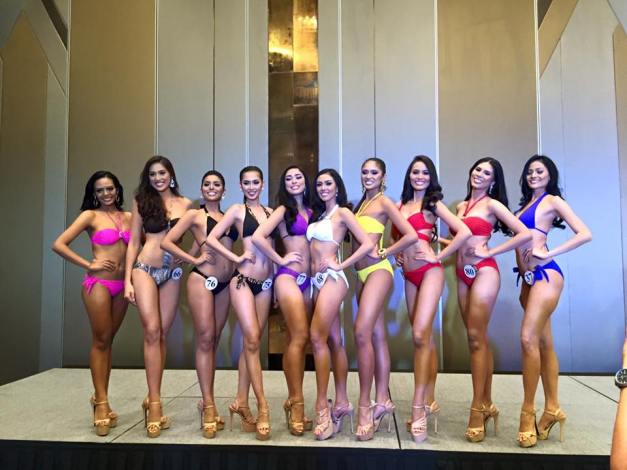 Unless one of the five (5) independents* who got in will be “adopted” by Kagandahang Flores (KF), the beauty camp has a solid group of ten (10) successful entries among the Official Candidates of Bb. Pilipinas 2016. Let’s not start throwing statements starting up some wild discussions about their number being smaller than before. The more significant thing is that these ten ladies represent a striking combination of experience and relative newness in the nationals. The ten qualifiers are:

In this batch, Nichole Manalo appears to be taking the lead. The younger sister of Bb. Pilipinas Universe 2009 Bianca Manalo is definitely looking different this time around. The facial features are fiercer and the stance more confident. There is also the transferee from Aces & Queens – Paula Rich Bartolome – who is a lot thinner and more gorgeous in person. How about the promising Jessica Gonzales who appears to be the tallest Official Candidate? This winsome lass could pass off as a six-footer, but always states her height as 5’11”. Let’s not forget Maria Gigante, the Cebuana who could be one of the top spoilers this year, aside from Maria Lina Neri Prongoso from the Bicol region.

Give all the KF ladies leeway to show their strengths. I’m pretty sure they will surprise you in the coming weeks ahead! 😉

During the TV guesting of the Miss World Philippines 2014 Official Candidates in ‘Sunday All-Stars’, five (5) ladies were specifically called out to centerstage to join hosts Andre’ Paras and Christian Bautista for a casual live chat about the pageant. Being the top favorites, I already expected Lorraine Kendrickson and Valerie Weigmann to be picked, just as Nicole Donesa who happens to be a GMA-7 contract artist. Alexa Kirby was half-expected as well because she is the only entry from a Filipino Community in the US. As for the fifth, I was hoping that Gazini Ganados would also be part of the quintet, but #6 Kristine Angeli Estoque was selected instead.

Kristine must really be starting to take a shine among the organizers and airing network. And I can already see why. She has this extra glow that can make her stand out after repeated viewing. But the question is…can she sustain the momentum till the finals? I’m sure she will work hard for the uphill climb, but will achieve some measure of success in doing so. 😉