Prepare for the ASEAN Torchbearers in the 65th Miss Universe

Gone are the days when the ASEAN delegates were collectively taken lightly during Miss Universe season. Save for Miss Philippines who is always a consistent top performer in every edition since 2010, hits-or-misses were the order of the day for the remaining ladies from this region. Indonesia comes next as relatively more successful in terms of semifinal placement, followed by Thailand. But that’s really not saying much in terms of giving a rock-solid analysis of their bets every year.

But in the upcoming 65th Miss Universe in Manila, five ladies have already started making great strides in being noticed, thanks in big part to the Kick-Off event held earlier this month which allowed eleven (11) of the confirmed delegates – USA, Australia, New Zealand, Korea, Japan and the ASEAN bloc made up of the Philippines, Thailand, Indonesia, Malaysia, Vietnam and Myanmar – to start making noise of their participation in next month’s hugely-anticipated beauty event. 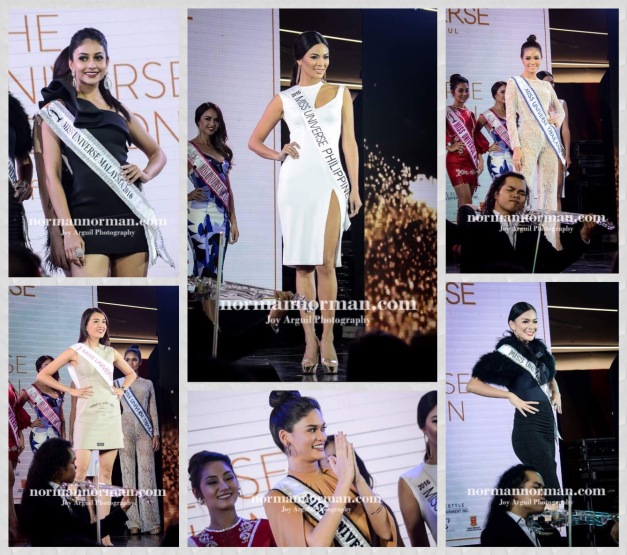 Call our very own Maxine Medina, Keziah Cikita Warouw of Indonesia, Chalita Suansane of Thailand, Jiran Kassal of Malaysia and Dang Thi Le Hang of Vietnam as the torchbearers of the ASEAN, in that order. As a quintet, these ladies are some of the most prepared entries going full steam ahead in the Philippines very soon. And you cannot discount their inclusion in most early pre-arrival predictions from various pageant sites. Preparation is really key to making anyone’s presence felt. And I wouldn’t be surprised that they will maximize to the fullest the convenience of getting all their respective supporters to book trips to Manila to watch and support them. I can tell you now that these five will belong to the most watched representatives once they set foot in our shores for a second time.

Maxine Medina of the Philippines
courtesy of skinstationph

Up Close | 11 of the #65thMissUniverse Candidates

Time now to get a closer look at the visiting beauties for the upcoming #65th Miss Universe in Manila next month. I gathered three of their videos so far so you can appreciate them better.

These are mostly guestings made in our TV networks. And all I can say is that they surely are getting a lot of media mileage ahead of the ones who will arrive starting early January.

The Bb. Pilipinas Queens and Puteri Indonesia for 2016 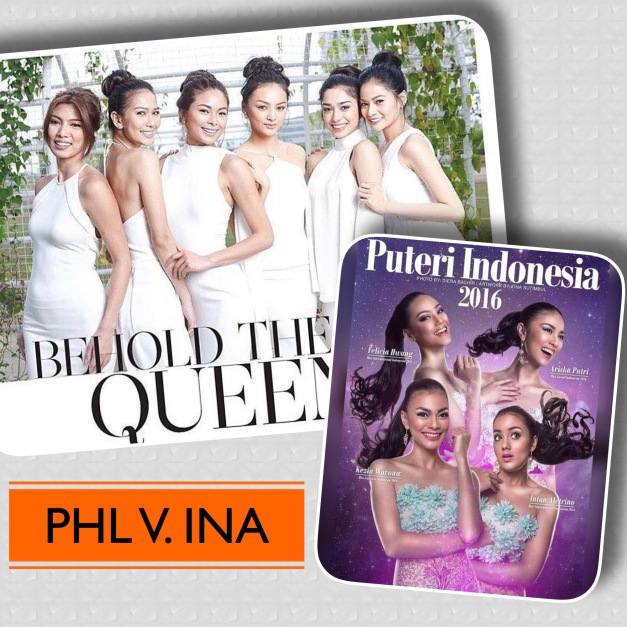 Now consider this as a friendly comparison of the Bb. Pilipinas 2016 Queens and the Puteri Indonesia 2016 titleholders since their respective casts have already been completed. The latter does not have the Intercontinental and Globe franchises in their organization, so let us just focus on the four matches where the titles are represented – Universe, International, Supranational and Grand International.

First pair would be Maxine Medina and Keziah Warouw. What are your thoughts about these two?

Next in line are Kylie Verzosa and Felicia Hwang. How do you size up this match now?

Third on the list are Joanna Eden and Intan Aletrino who are both bound for Krynica-Zdroj, Poland for a December 2 finals. Your thoughts? 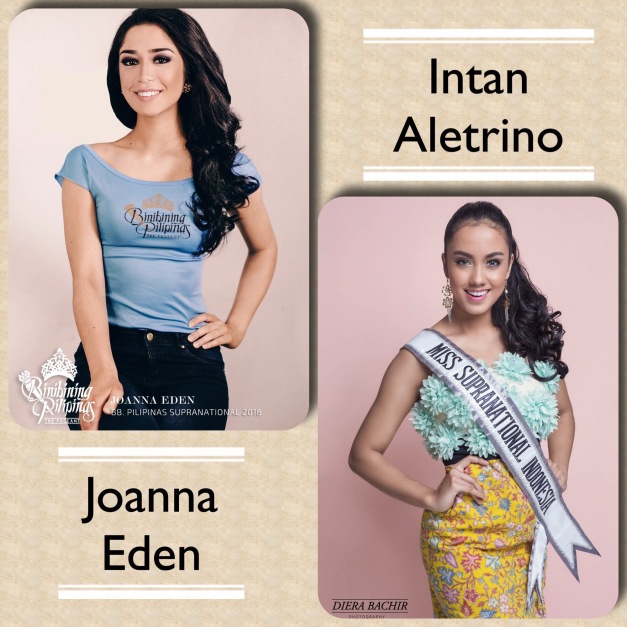 Finally, we have Nicole Cordoves and Ariska Putri for Miss Grand International. Do we have a clear standout between the two?

The Puteri winners are our regional neighbors and friends so I did not post this feature to invite bashings from uncontrollable commenters and the like. Both groups can be truly proud of their respective beauties. I would appreciate constructive replies and/or opinions from you, dear readers. 🙂