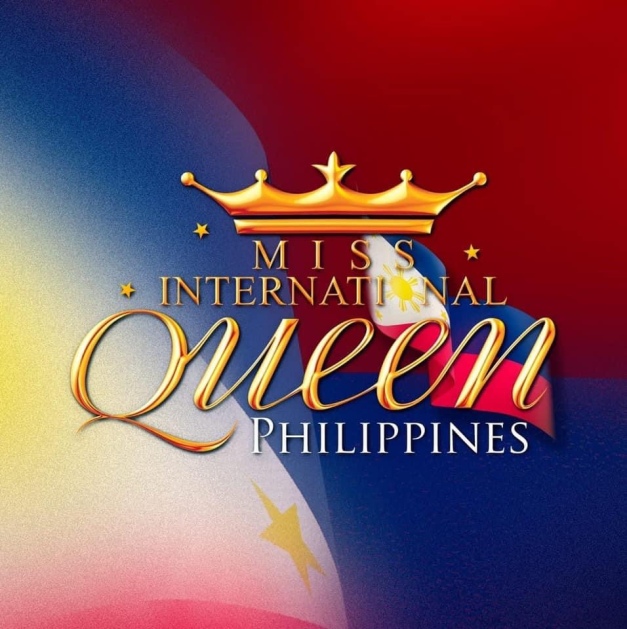 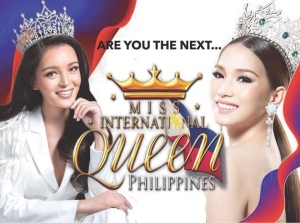 The first-ever country franchise for the Philippines of Miss International Queen Pageant is already here.

For the very first time and with the blessings of the pageant headquarters in Thailand, the country will proclaim an official representative for the annual international competition in Pattaya, hailed as the biggest pageant for transgender women around the world.

In the Press Conference held at AQUILA Crystal Palace Tagaytay Events Place, CEO/National Director Michelle Montecarlo is determined to bring back the crown last held in 2012 and 2015 by Kevin Balot and Trixie Maristela, respectively. Along with the respectable members of the Executive Committee that includes Honorary Adviser/Producer Jing Lumaban, Talent Development & Image Branding Head Andrea Justine Aliman and Creative Director Roderic Dela Cruz, Michelle will endeavor to stage a big inaugural national pageant that is scheduled to have its Pre-Pageant on November 18 and Finals Night on November 28.

To date, 224 applications have already been received. And by the looks of it, the number will increase even more before the deadline set for August 31. By the first half of September, only twenty-five (25) Official Candidates will be announced. They will vie to become the first titleholder of the organization.

The Coronation Night – barring any extended restrictions by the government and IATF – will be held LIVE at a surprise venue which will be announced in the coming weeks.

Watch out for more juicy details about the pageant soon. The theme for this edition – in keeping with the thrust of the Thailand-based organization – is #WorldEquality. 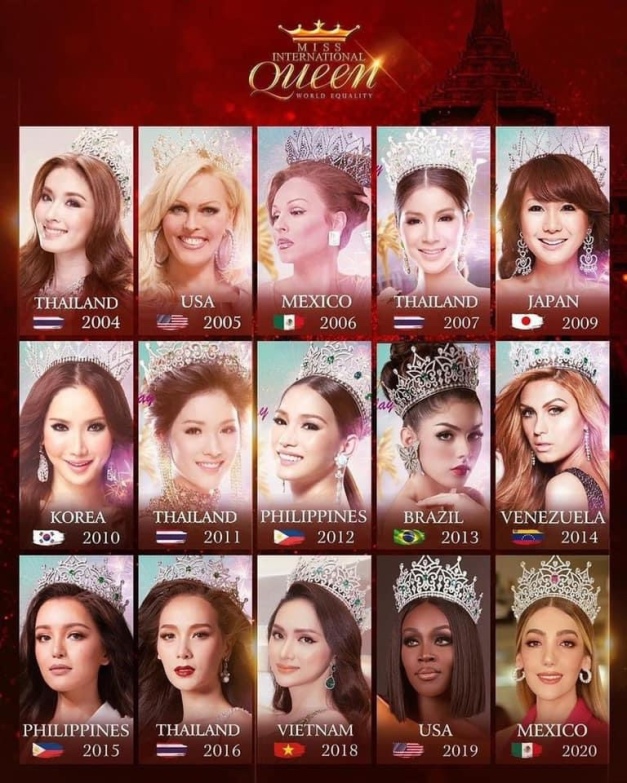 All the winners of Miss International Queen since the start 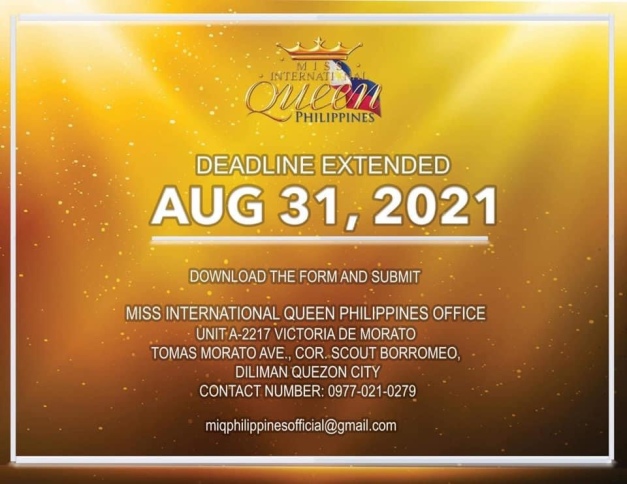 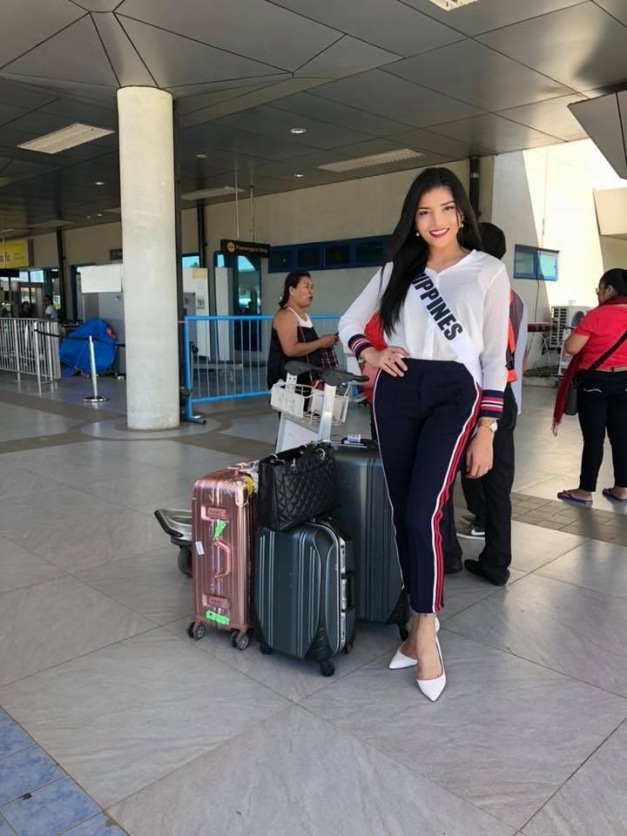 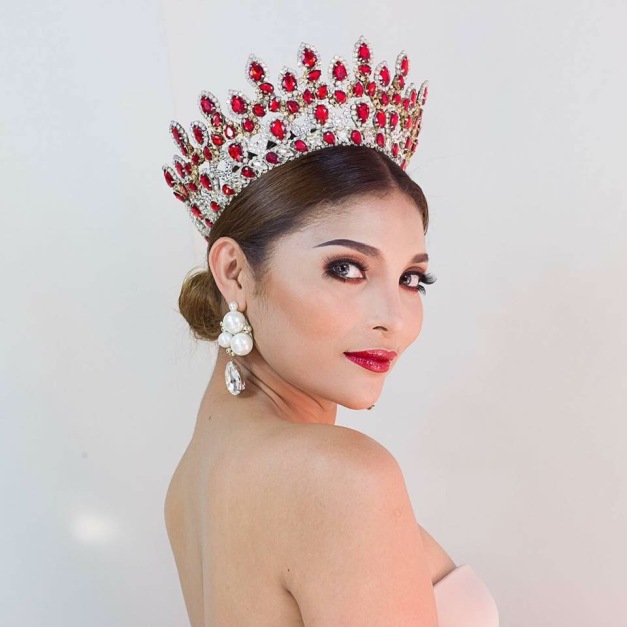 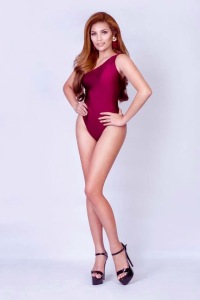 It used to be that the Philippines always sends more than one representative for the annual Miss International Queen Pageant in Pattaya, Thailand. But for 2018, we will have a sole entry on whose shoulders will weigh in the mission of notching another victory in the said pageant after Kevin Balot and Trixie Maristela.

Carla Marie Madrigal of Misamis Oriental Province has already departed for the Land of Smiles and is 100% ready to fight for the Philippines. She will be wearing the country’s sash up until the finals to be held at Tiffany’s Show on March 9.

Watch her introductory video below. 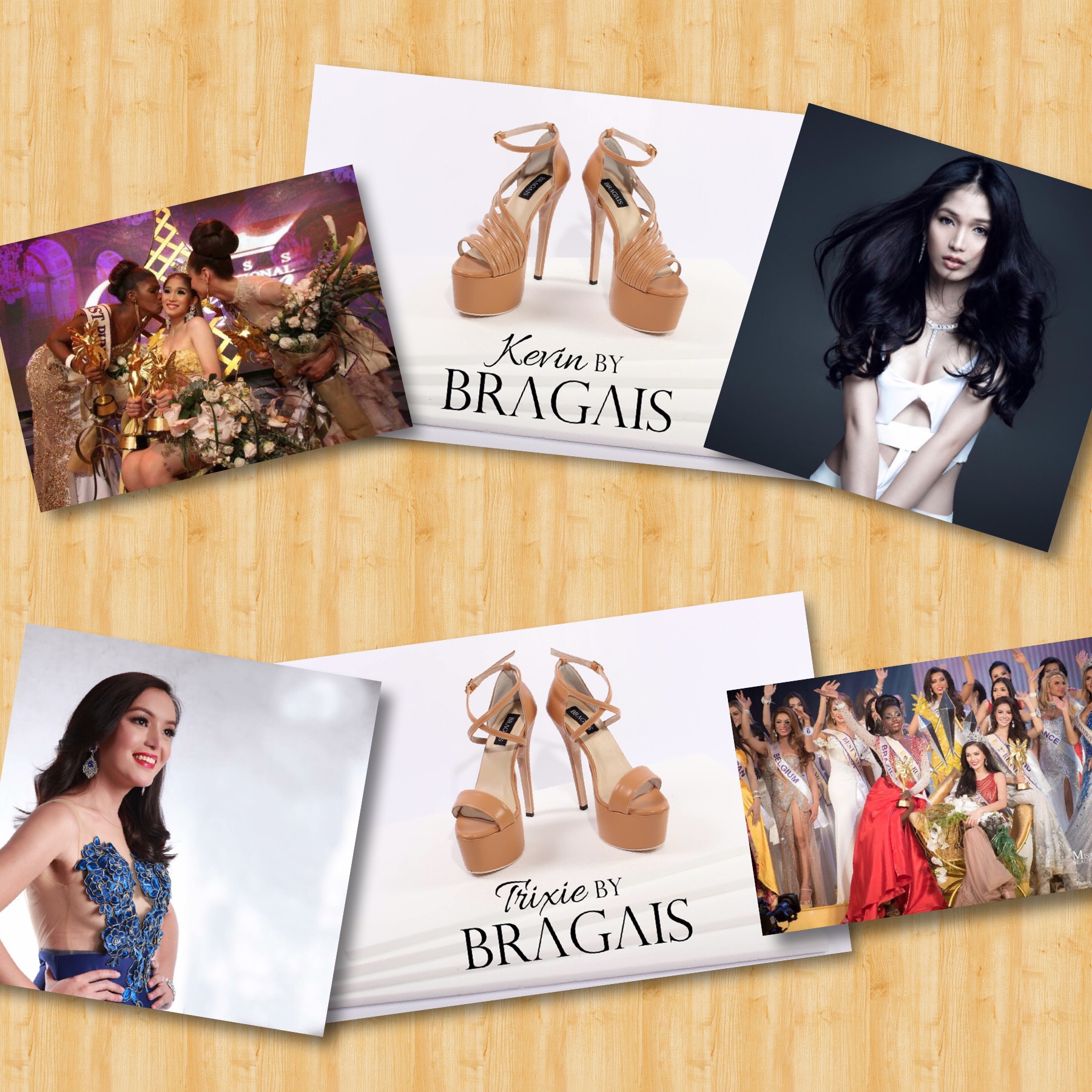 Just last night, the shoe tributes to Miss International Queen winners from the Philippines – Kevin Balot (2012) and Trixie Maristela (2015) – were revealed by Bragais™ through the main man himself, Jojo Bragais, who I fondly call my favorite shoemaker.

Here is what Jojo had to say about the release:

Looking forward to your next tribute release which is keeping me in suspense every single day. 🙂 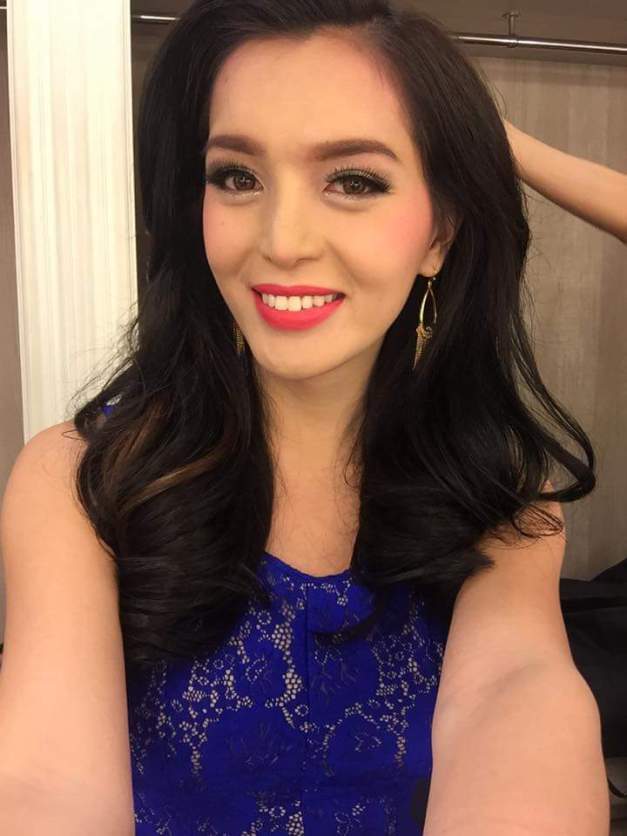 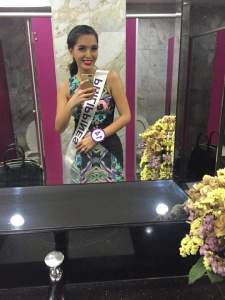 And so, she begins her quest to become the country’s 2nd victor for the popular Pattaya-based beauty pageant among transgenders from all over the world.

Trixie promises to give everything she got for the competition. She is ready, willing, prepared and super-able. She is aiming for the top prize and wants to follow the trail started by Kevin Balot last 2012. 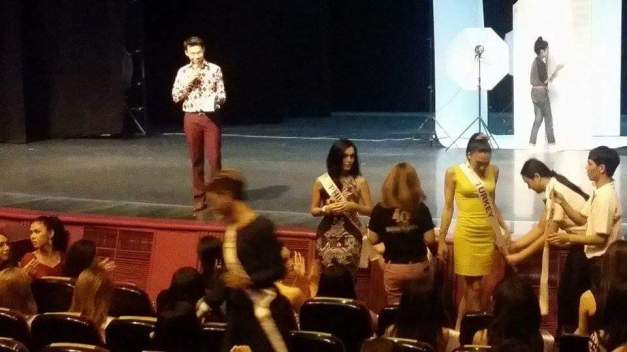 Step up to the player, Trixie. I know you will do us proud out there! 😉 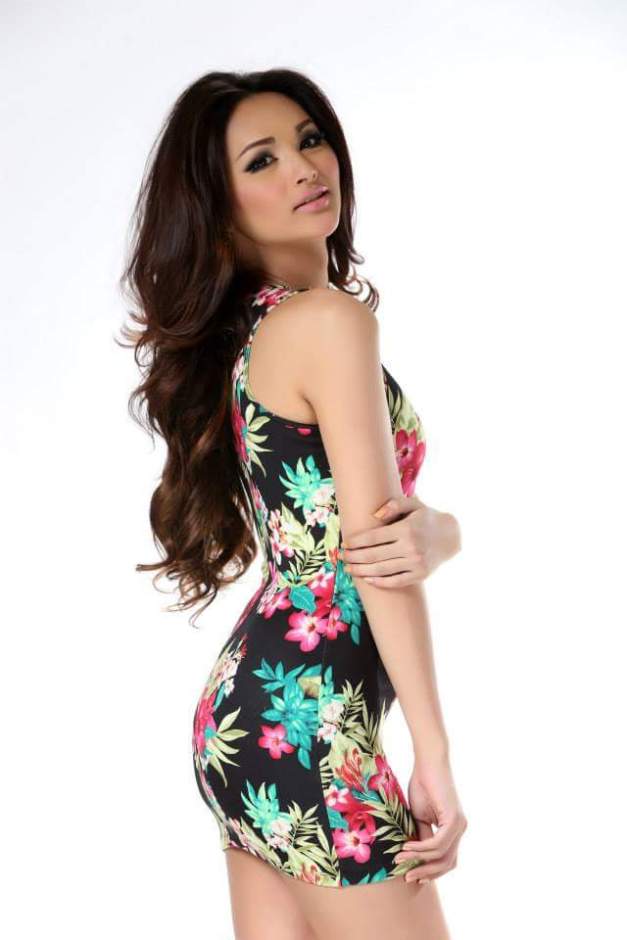 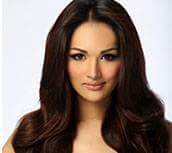 More than winning last week’s Ms. Gay Manila 2015, Francine Garcia is clear about her more anticipated purpose – to represent the Philippines in Miss International Queen 2015 and hopefully do a Kevin Balot. She has actually started completing all the requirements for the Pattaya-hosted competition and is looking forward to training hard for the same. The prize money of P200,000.00 (or at least half of it for the moment) she got for placing 2nd Runner-Up to Trixie Maristela will significantly help in her expenses and all.

I have a good feeling about Francine’s chances of doing well in Thailand. And most definitely, she’ll make sure that her participation will be felt by everyone out there.

7:40 into the video below, she confirmed her joining as one of the Philippine representatives to MIQ2015 this coming October. She is acquainted with the reigning winner (Isabella Santiago of Venezuela, photo on the right) who was here in Manila during Super Sireyna Worldwide 2014. 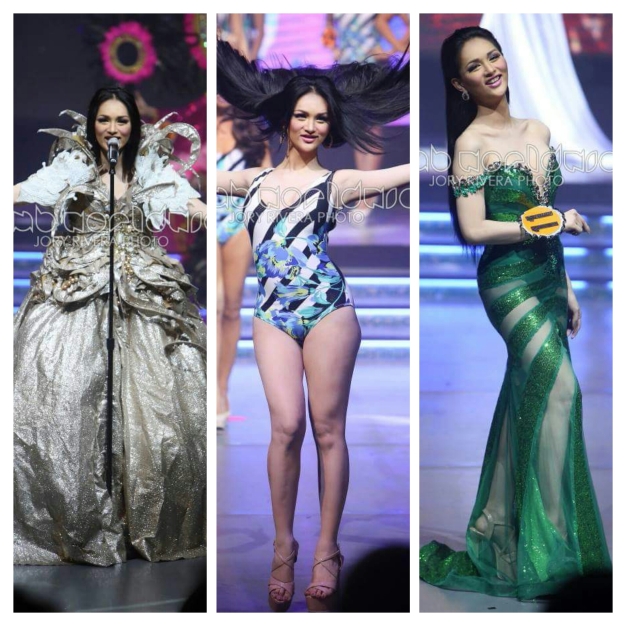 Good luck in your preparations, Francine! 😀 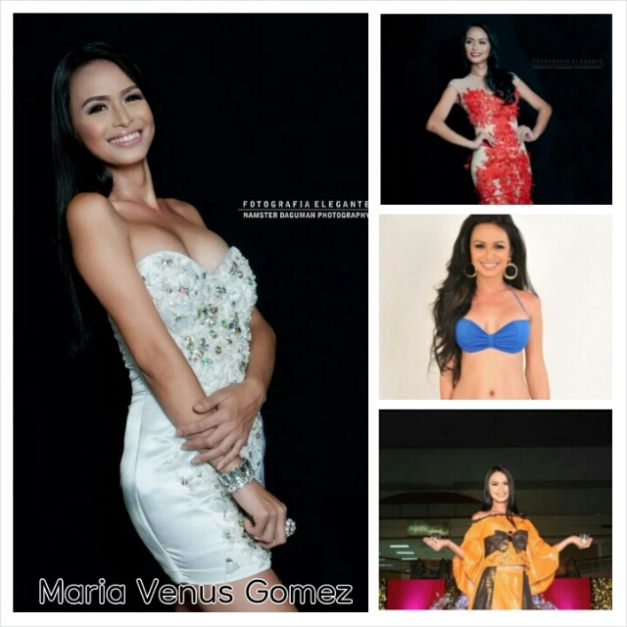 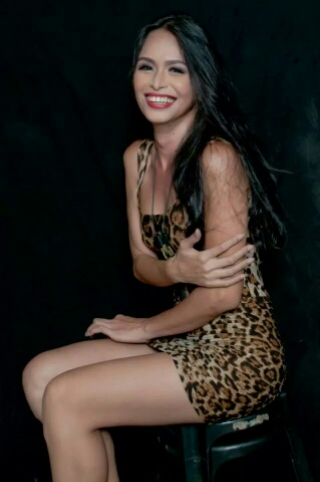 The Philippines already has at least one confirmed delegate for Miss International Queen 2014, and she is Maria Venus Gomez.

Our candidate, who was fortunate enough to undergo some training sessions with the Kagandahang Flores camp of Rodgil Flores, is now getting ready for the big competition in Pattaya where she will be facing a fierce group of transgender ladies for the crown currently being held by Brazil’s Marcelo Ohio.

Finals night is scheduled on November 7 at Tiffany’s Show Theatre, but all participants are expected to be in Thailand a little over a week prior to be able to take part in all the pre-pageant activities.

Best of luck, Maria Venus! May you do the Philippines proud and become our 2nd titleholder after Kevin Balot. 😀 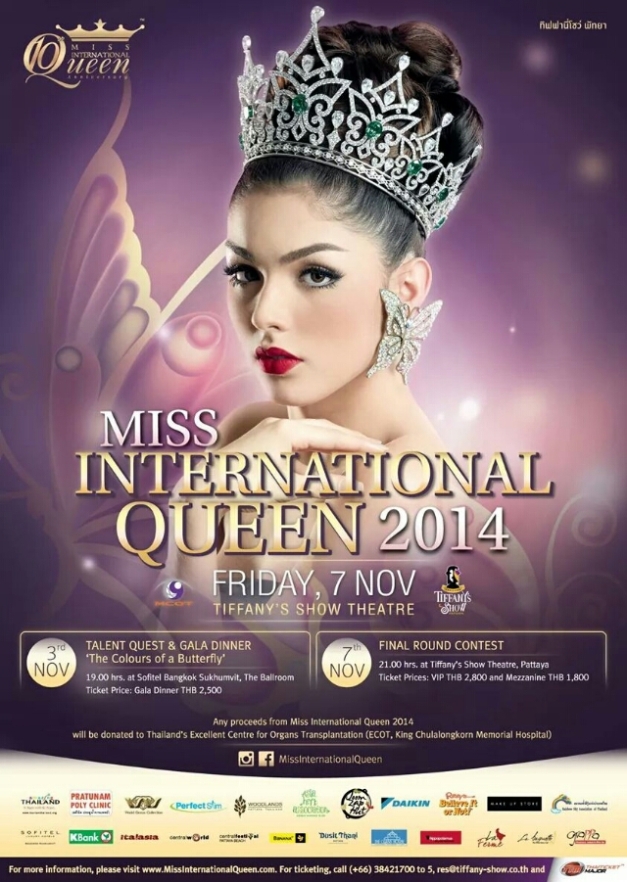 This year's edition will happen on November 7 at Tiffany's Show Theatre in Pattaya, Thailand 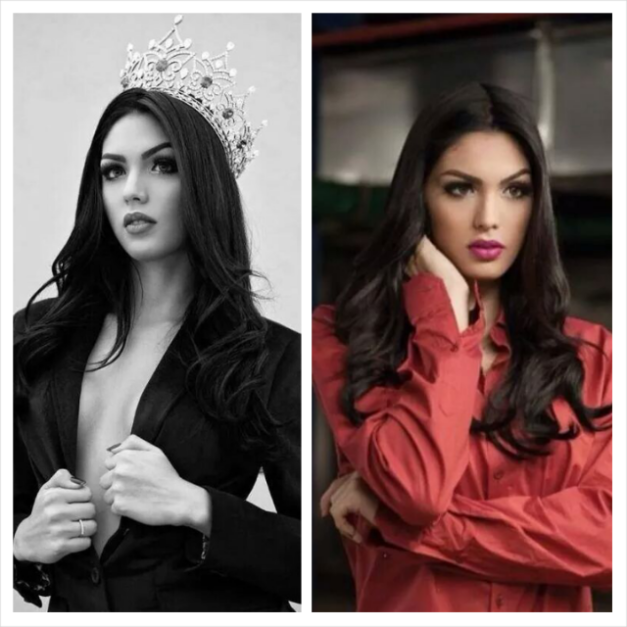 With Super Sireyna Worldwide 2014 having its Grand Finals around this time on GMA-7’s Eat Bulaga, I thought of featuring the latest photos of the beautiful Marcelo Ohio of Brazil who was crowned Miss International Queen 2013. There is a good chance that one or a few of the finalists for the former will endeavor to take part in Miss International Queen 2014 which should happen in Pattaya, Thailand come November.

Can they live up to the high standards set by Marcelo or even our very own Kevin Balot who won the year before? The quality of candidates has been constantly rising so these ladies should pump up the competitiveness if they want to shine internationally.

Anyways, you may want to watch the Wild Card Round of Super Sireyna Worldwide 2014 aired on TV yesterday. You can also see the seven other main contenders who have already won spots in the Grand Finals. 😉

Watch out for the Amazing Philippine Beauty in MIQ2014! 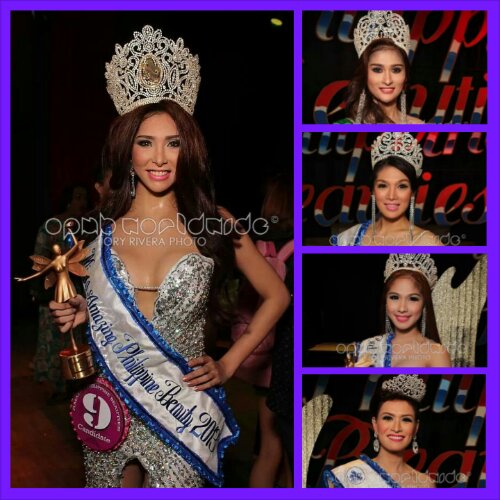 The wait may be long, but trust our Philippine entry/ies to Miss International Queen 2014 to be another excellent batch if ever. Leading the pack will be newly-crowned Miss Amazing Philippine Beauty 2013 Nathalie Arcache Masade who will give her best to do a Kevin Balot and bring honor to the country in the Pattaya-based pageant next year. Tall and shapely, she will be a force to reckon with. 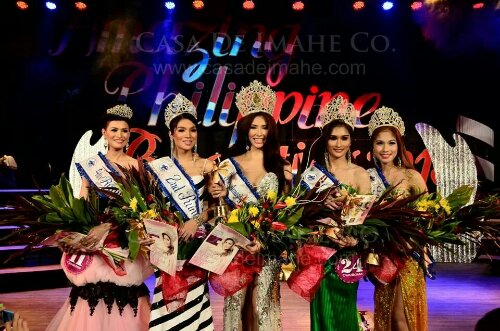 Congratulations to all the winners! 😉 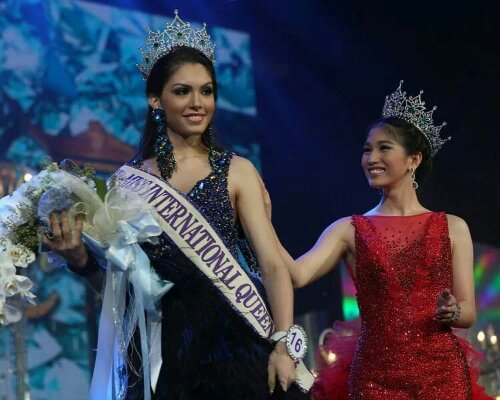 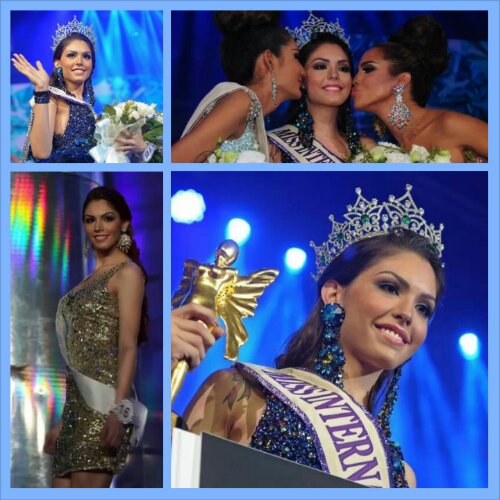 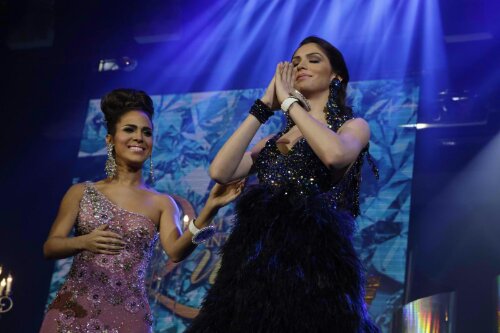 Marcelo Ohio (L) of Brazil reacts after being announced winner. 1st Runner-Up Shantell D'Marco of the USA stands to her right.

Last night in Pattaya, Marcelo Ohio of Brazil ousted 24 other competitors to win Miss International Queen 2013 and take over the title from 2012’s Kevin Balot. The very poised and elegant Ohio was so gracious when she was announced winner after being one of two left standing with USA’s Shantell D’Marco (who placed 1st Runner-Up). Thailand placed 3rd. 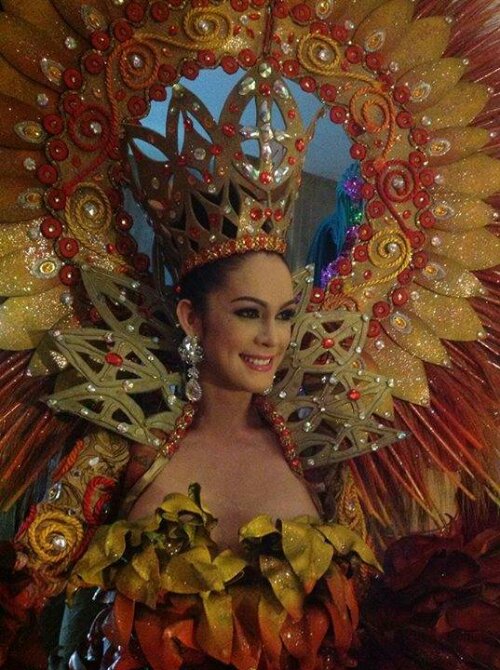 The Philippines' Kristina Cassandra Ybarra made it to the Top 10.

Kristina Cassandra Ybarra was the only candidate from the Philippines who made it to the Top 10.

Sunday Specials: The Language of Reactions 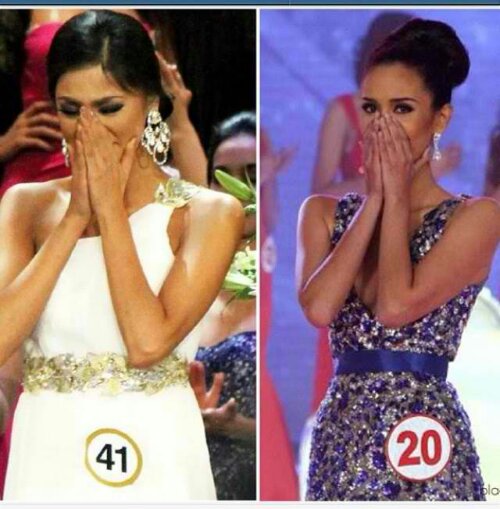 Ara (L) and Megan reacting similarly upon hearing their names announced as winners.

I’ve always had this mild fascination with the reactions of beauty pageant winners upon hearing the announcement of their names (or countries represented) as victor/s of the competition. While I would have wanted to write about the subject many moons ago, it took the suggestion of reader Y. Chang and the photo of Ara and Megan above to finally sit down and post my thoughts on the same. 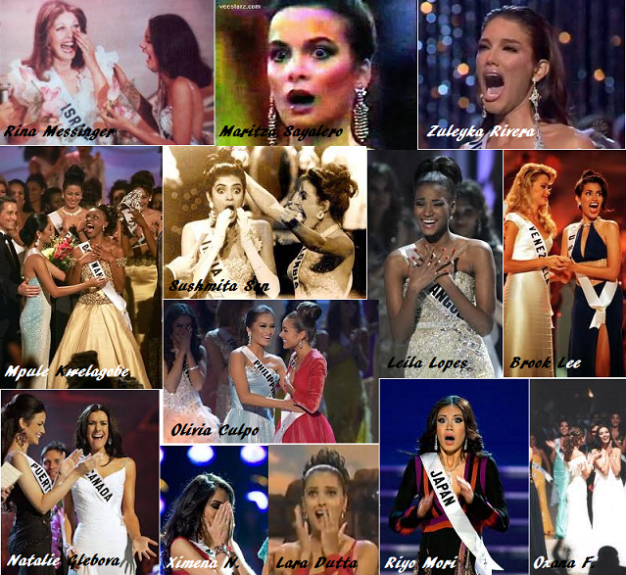 Reactions of randomly-selected Miss Universe winners from 1976 to 2012 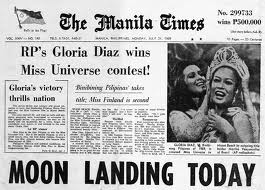 Gloria Diaz and her reaction

What is it with the reactions that make us want to know how they really feel deep inside? Is there a significant difference between the reaction of someone who is already anticipating a win and another who doesn’t expect the top prize? Are the winners still conscious of their poise when expressing how they really feel or does it depend on the personality if one will let loose her facial expression or control the same to maintain an air of queenliness? More importantly, what message do the winners want to put across with their victory gestures?

Believing that there is correlation between a crowned beauty queen and a gold-medal winning athlete, I consulted a Sport Psychology article by Joshua Wortman where he stated the following and I quote,

“Many athletes react with some sort of gesture after earning a victory, like throwing up their arms or clenching their fists. These victory gestures were formerly lumped into the official emotion of “pride.” However, a recent study published in Evolution and Human Behavior suggests that victory gestures are conveying signals of triumph, not pride. Little research has previously been conducted on triumph as an emotion and new research suggests that triumph may be an emotion after all…”

In the same post, David Matsumoto*, a professor of Psychology at San Francisco State University, stated that “Triumph has its own signature expression that is immediate, automatic and universal across cultures. One of the biggest differences between triumph and pride can be seen in the face…When someone feels triumphant after a contest or challenge, their face can look quite aggressive. It’s like Michael Phelps’ reaction after winning the 2008 Olympics. It looks quite different to the small smile we see when someone is showing pride.”

So there. The language of reactions from athletes does not differ that much with pageant winners. The message conveyed is triumph more than anything else. It could be triumphant surprise, triumphant covering of mouth, triumphant crying expression on the face, triumphant widening of the eyes, triumphant opening of the mouth in a ready-to-scream mode or triumphant grace while still exuding poise. Triumph could also be vividly seen in Kevin Balot’s body language before, during and after she was named International Queen 2012. Watch below.

And so now, you know what the twin reactions of Ara Arida and Megan Young mean. It’s triumph of having conquered them (the other candidates) all. 😉

* – David Matsumoto is a renowned expert in the field of microexpressions.