Move over, other Latina delegates of Miss World 2012. Mexico’s Mariana Berumen is out to top the Spanish-speaking contingent and move to within a breath away of winning the title that was almost captured by compatriot Perla Beltran back in 2009 (if only Kaiane Aldorino of Gibraltar wasn’t so heavily favored by Julia Morley). This 20 year-old Tourism junior from Jalisco has an almost impossibly sweet+sensual face and a knockout figure to boot. To keep herself fit, she regularly runs, swims and tosses volleyball.

So what are the prospects of 5’10” Mariana claiming the crown from Ivian Sarcos come August 18? Not bad. She can easily become one of the favorites, if not a solid Top 3 contender. One thing is for sure. If her pet parrot can speak, only one name will be squawked as winner. 😉

Seriously, I count Mariana as a serious threat.

Beautiful Czarina and the other Miss World 2010 ladies 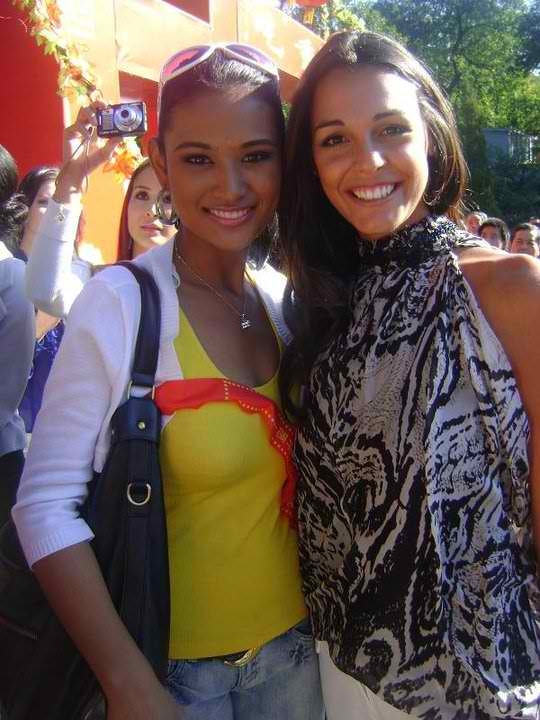 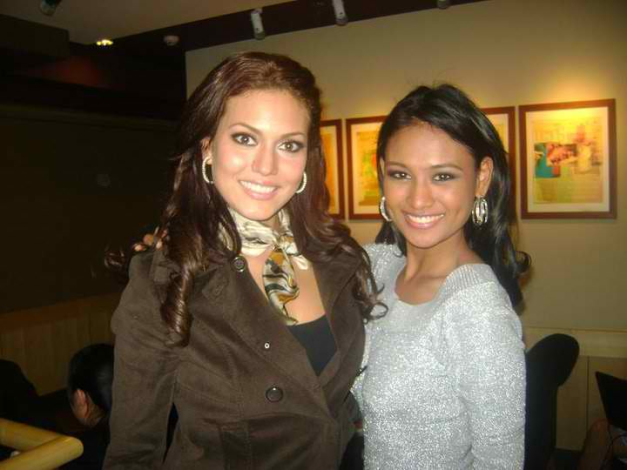 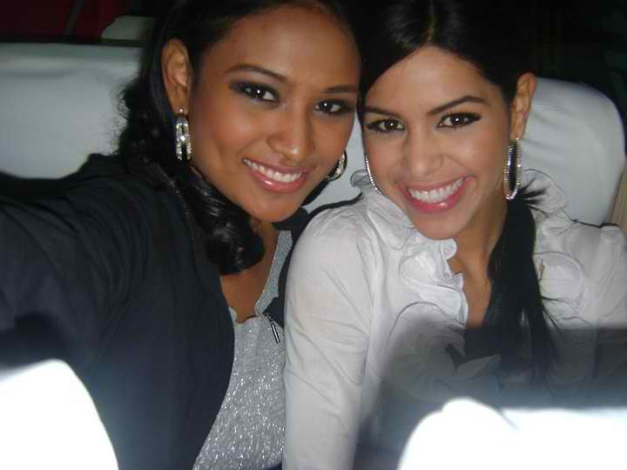 Miss Philippines Czarina Gatbonton with the other Miss World 2010 ladies. 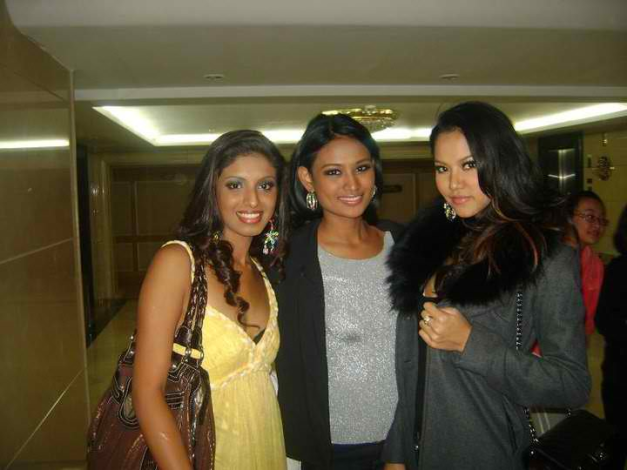 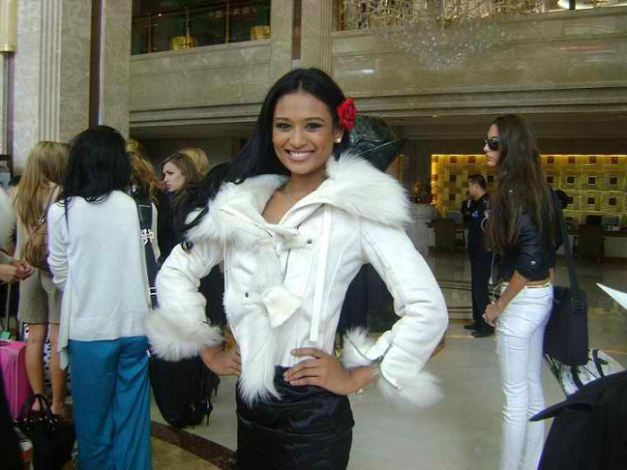 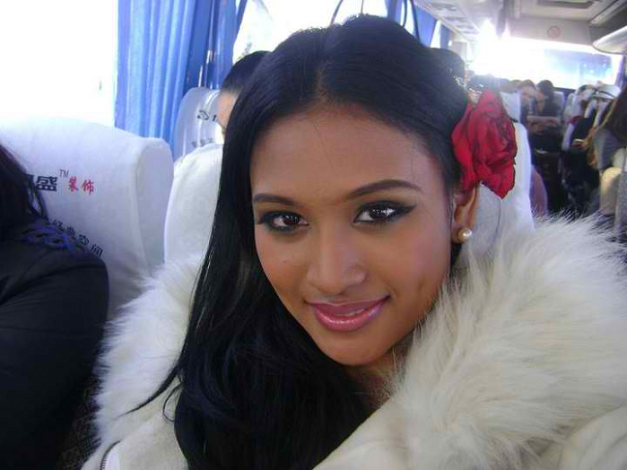 Czarina is really blooming in China!

I love our girl (and my kababayan) in China! 😉 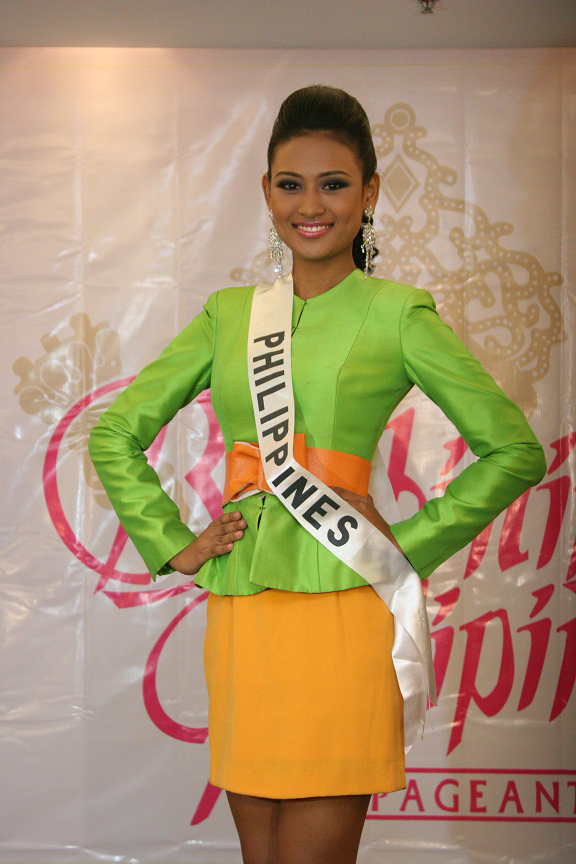 Czarina Catherine Gatbonton is your typical teenager who goes through a house-school-house daily routine in her isolated hometown province of (Isla) Pamarawan in Malolos, Bulacan. In fact, she had to ride a motorized bangka (small boat) to and from her house just to catch a jeep to school or a bus to the city. But all that changed when the 19 year-old surprised everyone at the Binibining Pilipinas 2010 finals after clinching the Bb. Pilipinas-World crown, thereby, earning a ticket to the Miss World 2010 competition in Sanya, China later next month. Since then, she has been shoved to an exciting world of glamour, filled with endless trainings, personality and communication development and guest appearances everywhere. The provinciana – who used to speak with an unmistakable Bulakeno accent – can now glide into a room with confidence and socialize like a true lady. True, more polishing will transform her into an even more ravishing exotic beauty, but her untouched natural charm might just do the trick in China given the fact that Miss World 2009 Kaiane Aldorino was initially unnoticed in a bevy of more than 100 delegates up until the organizers and judges took a shine on her.

Yesterday, Czarina was given a formal send-off by the Binibining Pilipinas group. She is set to leave for Sanya, China shortly and the one-month stay will see her competing with a sea of lovelies from all over. One particular highlight of her participation should be the trip to Inner Mongolia which has never been visited by a huge pageant like the Miss World.

As the organizers stated, she will be a breath of fresh air in the competition. The 2010 ladies – Venus Raj, Krista Mae Kleiner, Nicolette Hension and Dianne Necio – as well as her parents and brother – were around to give their warm wishes and to further boost her confidence. Will Czarina continue the Venus Raj streak and perform well enough to land among the top ladies in the Miss World 2010 finals? We’ll see…

Best of luck to you, Czarina! 😉

Kaiane Aldorino of Gibraltar bested 111 ladies to win the coveted Miss World 2009 crown. She was previously adjudged Miss World Beach Beauty which earned her the fast-track ticket to the Top 16.

Coming in second was heavy favorite Perla Beltran of Mexico while Tatum Keshwar of host country South Africa came in third. The remaining beauties in the Top 7 are the delegates of Canada, France, Colombia and Panama.

Miss Gibraltar gets fast-tracked to the Miss World 2009 finals

The beautiful and charming Kaiane Aldorino becomes the first representative of Gibraltar to enter the finals of Miss World by virtue of winning the Miss World Beach Beauty competition of Miss World 2009. She outclassed 111 other delegates. Placing 2nd to 5th, respectively, are the representatives of Nadege Herrera of Panama, Katharine Brown of Scotland, Chloe Mortaud of France and Flavia Foianini of Bolivia.

Miss World is the only beauty pageant where at least 1/3 of its semifinalists each year are sourced from several pre-pageant events that make it a bit relaxed for the fast-track winners to heave some sigh of relief knowing ahead of time that they will definitely be called in the Top 15 come finals night.

The first fast-track event this year is for Miss World Sportswoman where 12 ladies qualified for the various sports activities which will determine the first semi-finalist for Miss World 2009. The last time a Japanese candidate made it to the Top 15 was in 1981 when Naomi Kishi made the cut. For 2009, Miss Japan Eruza Sasaki was awarded the Miss World Sportswoman title and automatically sprinted (pun intended) her way to a sure slot in the semifinals.