Ryan Terry of Great Britain (being hoisted above by his co-candidates) achieved victory as Mister International 2010. 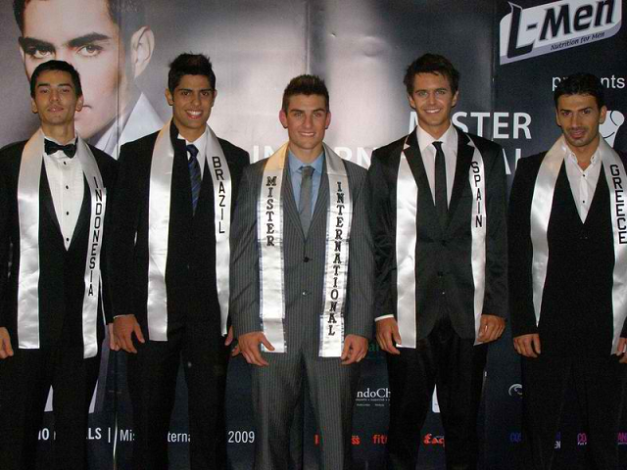