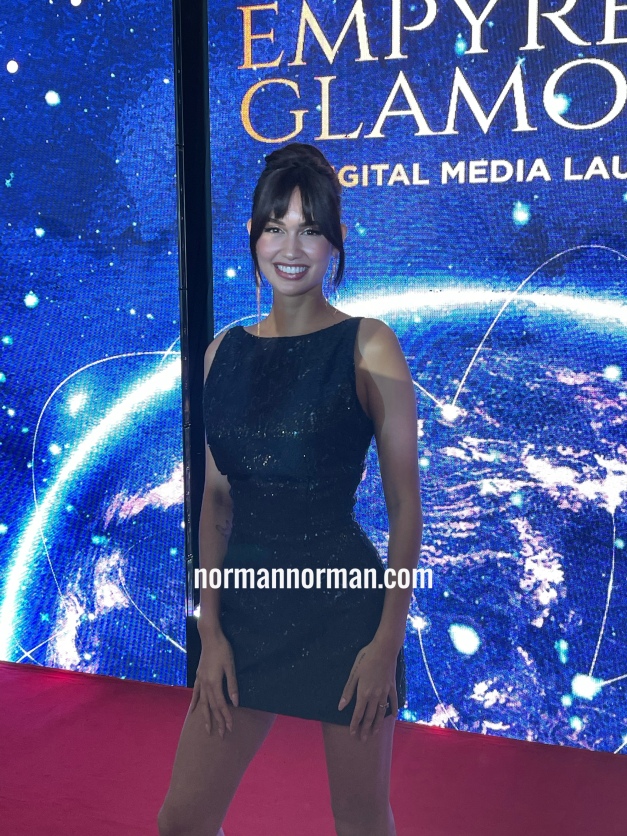 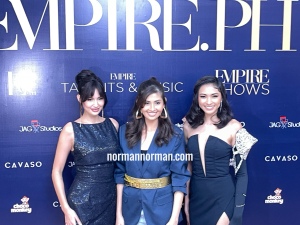 In this blog entry are photos from the Digital Media Launch of EmpirePH titled “Empyreal Glamour” held at Estancia Mall earlier.

Whatever device you’re on, beautiful stories will be available with just the click of a button! 👋

The group can’t contain the excitement for EmpirePH’s launch of its maiden issue of E Magazine, giving you stories on Entertainment, Beauty and Fashion, Lifestyle, Tech, and Music with the one and only Miss Universe Philippines 2022 Celeste Cortesi on the cover! 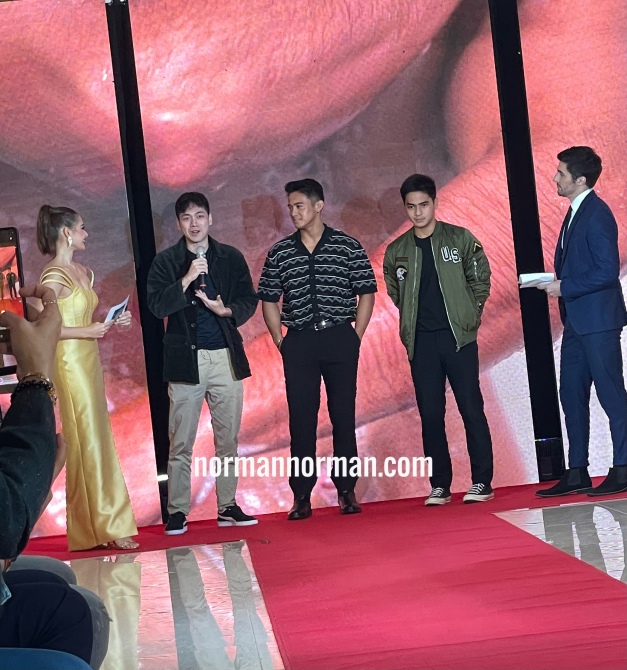 Unveiling to the world today, November 22. Check out the Youtube Channel of Empireph.

The 2014 that was in Pageantry

The year's news-worthy winners in pageantry

While the 63rd Miss Universe Pageant left us hanging on a balance for results coming in for the year, the rest of the international beauty competitions gave us reasons to smile, laugh, sneer, frown or simply nonchalant.

Miss World 2014 gave us results that led to a mix of joy and disappointment. Joy because Rolene Strauss of South Africa is a perfect winner in the eyes of most everyone. Disappointment on our part because the back-to-back objective of Miss World Philippines Valerie Weigmann was cut short when she failed to advance to the Top 10. But most of you may want to admit it that this was already half-expected considering the signs that were thrown our way days before the finals.

Miss International 2014 was a different story. Almost all feeds from Tokyo gave thumbs up for the running performance of Bb. Pilipinas-International Bianca Guidotti. It was such an increasing high that the likelihood of a back-to-back with MI2013 Bea Rose Santiago was getting clearer by the day. Alas, the finals night underwhelmed most when our bet stepped out in a ball gown that could have pulled down her chances to even reach the Top 10. But from my vantage point, I had clarity a few hours before the coronation night started. I got word from a reliable source that, indeed, the Japanese are not and will never be open to giving the win to the same country two times in a row. It could happen light years away, but not in the short-term. And if that’s not enough, the very surprising come-from-behind victory of Puerto Rico’s Valerie Hernandez Matias got everyone raising their eyebrows. It’s not that she isn’t deserving at all. She simply did not register well during pre-pageant and most of the ladies looked at her as not the most seriously eager in getting the Mikimoto diadem.

Now going to Miss Earth 2014, the momentum of the host delegate gifting the Philippines with its 2nd crown never wavered. Jamie, despite falling sick somewhere in the middle of pre-pageant run, always propelled herself back to the top just when someone else is threatening to steal the spotlight away from her. And when finals night came, it was just a matter of ranking the three other elements in their proper places. The top spot was already in the bag even before the hosts made the announcement.

Miss Supranational 2014 in Poland, on the other hand, had a lot of intriguing back stories that went hand-in-hand with the explosive outcome of Miss Intercontinental 2014 in Germany. I prefer not to dissect these controversies anymore so as not to put down the two competitions which were somehow intertwined by a common individual. It’s unfortunate that the finals in Magdeburg took place a day ahead of the grand event in Krynica-Zdrój. I would have been consoled with Parapadsorn Disdamrong getting the Miss Supranational crown and either Kris Tiffany Janson or Jeslie Margal of Cuba ruling Miss Intercontinental instead of Patraporn Wang who did not sit well with a lot of followers. Oh well…

While not as big a pageant as the others, Miss Heritage 2014 gifted the Philippines a crown via Odessa Mae Tadaya (seated on throne)

Now, as far as the other competitions are concerned, it’s either we cared or not. At any rate, we still awaited their respective denouements with fair anticipation.

Daryanne Lees Garcia of Cuba won the 2nd edition of Miss Grand International. A heavily-favored doll beauty of a married woman named Marina Alexeychik of Belarus outlasted her fellow candidates in Mrs. World. India made a back-to-back in Miss Asia-Pacific Supertalent. Ela Mino won as Miss Global 2014 while aboard a Crown Princess Cruise from L.A. to Mexico, while Tomomi Kondo of Japan won Miss Tourism World in Barquisimeto, Venezuela.

In the smaller Miss Diversity Culture International, Anjelica Whitelaw of Australia upended the comers, while in the controversy-ridden Miss Asia-Pacific World, May Myat Noe of Myanmar contributed a highly controversial win when she was asked by the organizers to return the crown after a series of heated “he says, she says” exchanges erupted for all the international to watch and read.

And in far away Johannesburg, South Africa, Odessa Mae Tadaya of the Philippines was proclaimed Miss Heritage 2014, much to the delight of her countrymen.

How about the men? Well there were more than a few worth adding to the mix. Nicklas Pedersen of Denmark was voted Mr. World 2014 in a hotly-contested affair. Victor Zanetta representing Fernando de Noronha was given the title of Mister Model International 2014. Our very own JM Sunglao gave a sweet surprise of a win as Starz Hunk International 2014 and the UK’s Stuart Hatton Jr. won Mr. Gay World in Italy.

I’m sure I still must have missed on one or two, but you can fill in some of the other still unmentioned names. I’m currently on a brief Hong Kong vacation and my mind is.really.divided. I need this break. 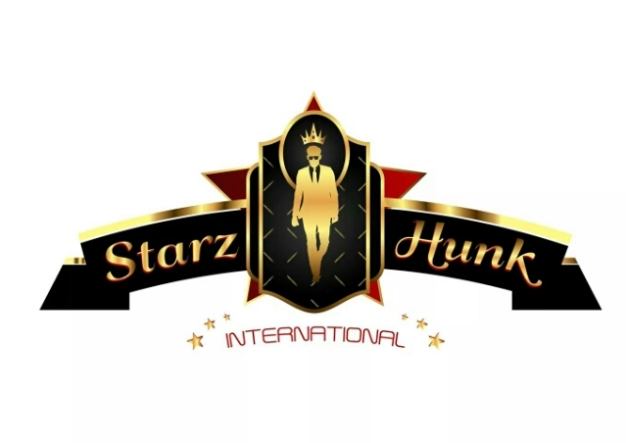 Well, what do you know. Just when we are focused intently on all the female beauty contests happening simultaneously in different parts of the globe, here comes a Filipino taking the top spot in last night’s finals of Starz Hunk International 2014 in Singapore.

24 year-old Jerwin Mark ‘JM’ Sunglao from Manila, Philippines was declared winner of the male competition that used to be known as Mr. Asia International. He defeated thirty (30) other candidates from all over the Asian region. The representatives of Mongolia (Enkhtuwshin) and Malaysia (Saw Chao Wei) placed 2nd and 3rd, respectively. 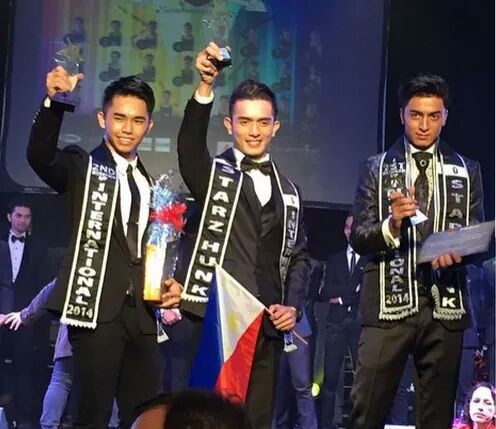