Here’s the news report made by newKerala.com: 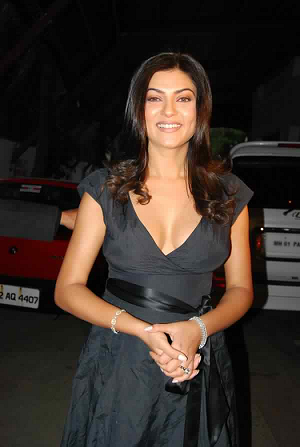 Mumbai, June 13 : The hunt for this year’s Miss India has started as forty participants qualified the audition round of the “I AM She 2011”, the official preliminary to the 2011 MISS UNIVERSE pageant to groom themselves up for the next level.

The forty gorgeous candidates from all over the globe were selected from almost 1800 plus entries received from.

To make their grooming sessions more perfect they will be supported by the first ever title holder of I AM She 2010, Ushoshi Sengupta as well as 1st runner up Reha Sukheja and 2nd runner up Pooja Hegde.

While former Miss Universe and Bollywood beauty who conceptualized the concept ‘I AM She’, Sushmita Sen, will act as the mentor for these young participants, the judges panel will include names like Aditi Gowitrikar, Jackky Bhagnani and Joy Datta.

“Given our experience from I AM She 2010, I am certain there will be nervousness in the air, as also an air of confidence and charisma that each of the twenty finalists will radiate, establishing a spontaneous rapport with their ability to connect and showcase their abilities,” Sushmita Sen said at a press interaction recently.

The judges will handpick the twenty finalists to grace the stage at the finale of I AM She 2011, to be held a mere five weeks from now.

The selection panel will evaluate the girls on criteria ranging from intelligence, talent, confidence and general knowledge to beauty, grace and charm.

“I AM She 2011 will be as engaging for the young Indian beauty, as it will be for their families. It will break all language barriers with a format that allows the contestants to express themselves in any language they are comfortable with, aided by interpreters,” Sen said.

“This was very well received last year, our first year, and the response was indeed very encouraging. Along with this new format, there will be many more additions which we will announce and talk about as we move forward,” Sen said.

Tantra Entertainment Pvt. Ltd., a company where Sushmita Sen is integrally associated with, was awarded the India franchise in Nov 2009 by the Miss Universe Organization, which conducts the pageant across 95 countries of the world every year through its global franchisees.

All this time, I was clinging to rumors that Sushmita Sen’s organization had financial worries keeping them from conducting the 2011 search. It appears that everything has been ironed out, despite the fact that they’re already a bit late in the year.

At any rate, let’s wish them luck because they need it. After I AM SHE 2010 Ushoshi Sengupta failed to even leave a mark in Las Vegas in Miss Universe 2010, their 2011 winner should be an outstanding one.