Miss Universe Philippines 2020: Who is the Crown-Worthiest of them all? 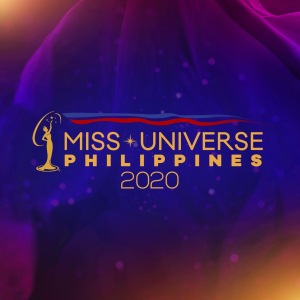 Let us begin this lengthy article with a timeline and work our way up to the meat of this entry.

It was last Valentine’s Day – or February 14, 2020 – when the Official Candidates of Miss Universe Philippines 2020 were formally introduced to members of the quad-media and guests at the Maynila Ballroom of The Manila Hotel. They were still fifty-one (51) at the time. And because of the pandemic, the one-of-a-kind Press Presentation seemed like ages ago. (Video courtesy of Edmund Ong Chua)

After that coming-out event, the only other public appearance that managed to escape the clutches of the lockdown was the Runway Challenge that took place at Uptown Parade in BGC last February 29. The first casualty was noticed here when Angela Aninang of Negros Occidental withdrew due to conflict with her studies.

And then, everything went still from March 13. And a virtual takeover on social media became the order of the quarantine. Their activities and charity work became personal than pageant-organized. But still, we cannot expect all remaining fifty (50) ladies to commit to a constant visibility on their own. The more hardworking, well-provided and self-reliant ones continued to shine on FB, Instagram, Twitter and their own vlogs.

It wasn’t long before the fifty (50) became forty-nine (49) when Princess Laureano of Aurora Province pulled out of the race for personal reasons that were allegedly traceable to her AP. And just a couple of months back, Mariam Ashraf Abd El Hamid of Capiz and Chiara Markwalder of Leyte were no longer active in their respective campaigns for the pageant. There is no official statement on the status of the two. People just started missing their online presence by way of non-inclusion in the succeeding photographic assignments required from the majority, not to mention the different sponsored endorsements from Huawei, Downy, Havaianas, Ayumi, Olay and Frontrow/Luxxe Reveal. 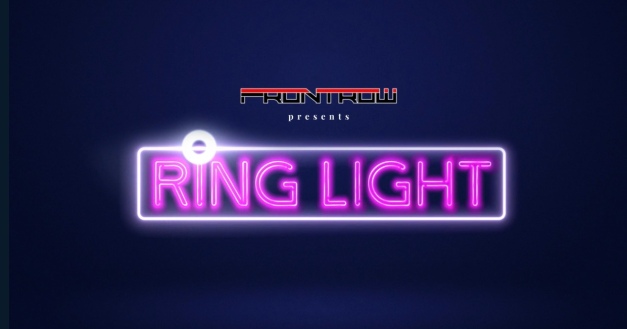 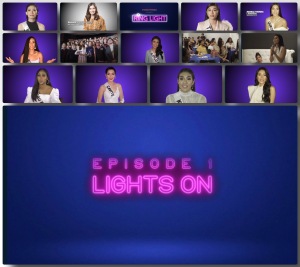 The Ring Light Series started promotions. And this is where the ladies were afforded to raise funds for their individual beneficiaries. Prior to the premiere last month, it was aggressively marketed – so aggressive that the first episode was marred by a delayed start because of the huge traffic to the site that may not have been fully anticipated by the technical team.

Happily, the episodes that followed were made available in a smooth, hassle-free manner. And week after week, the subscribers got to see the candidates in an entirely different (ring) light.

Two more casualties followed. Maria Isabela Galeria contracted and survived COVID19. But she deemed it wise not to continue anymore for health reasons. Finally, Vincy Vacalares of Cagayan de Oro tested positive to the virus and had to withdraw just a day before leaving for Baguio City. Regina Malana of Isabela Province was also hit by the same, but was reinstated after testing negative to the swab test. She re-joined everyone in the host city, albeit more than a few days late.

And so, we come down to this – the day of the Finals. With Baguio City hosting the locked-in preparations, we now know why the ladies had to learn how to put makeup and fix the hair on their own – relying only on the physical guidance of the two mentors (Nix Soriano and Mark Rosales) around. And with Direk Robby Carmona in-charge of production, he also needed to trim down his team to the most essential members and come up with a show a la Century Tuna Superbods 2020 but on a leveled-up scale.

The journey was loooong, hard and almost punishing – definitely not for the weak-hearted. It was a path that mimicked the survival of the fittest mode in so many aspects. And from a positive standpoint, this process became an online schooling for the phenomenal women as well.

So I started to sit through the completion of this blog entry on two separate occasions – one before the Preliminaries and the other one after. This allowed me to answer the very important question – “Who is the Crown-Worthiest of them all?” 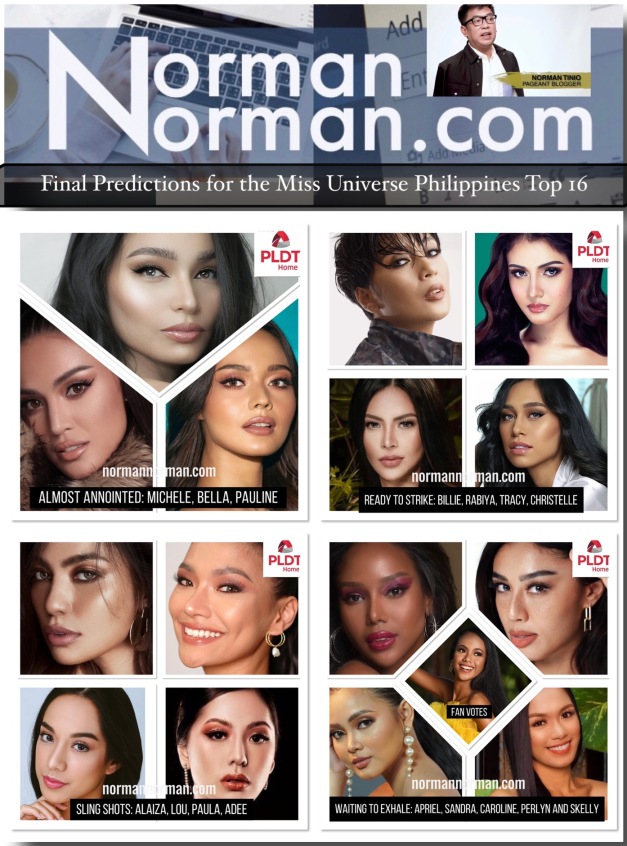 Indulge me with these four (4) classifications because it did make things just a tad easier for me to finalize this entry. There are relatively unique qualities that made me include candidates in certain categories with corresponding percentages of winning or otherwise. So in descending order my Top 16 Forecast for Miss Universe Philippines 2020 are:

“Almost Annointed” – these are the #phenomenalwomen I can clearly visualize as winning the title of Miss Universe Philippines 2020 and representing us in the next edition of Miss Universe. Each one of them possess unique strengths that outpower whatever #workable weaknesses are still in place. And it wouldn’t be hard to imagine them wearing the “Philippines” sash. That is, unless the following ladies can’t help but muddle the equation for the judges.

“Ready to Strike” – Call them unassuming if you will, but should any one among the three above fall short of performance and expectations when it matters the most, one of these four ladies can easily rise up and pounce on the weakest link and take her place. I estimate the percentage of success at 80%.

“Sling Shots” – this is my second level of spoilers who can be considered as relative “slingshots” for the crown – a metaphor where one is pulled back first before going forward. The level of probability is 70% for each one of them and it will take a magical combination of good luck, fate and determination to cover the missing remainder of their chances in reaching the top.

“Waiting to Exhale” – these ladies are, metaphorically, holding their breath while searching for a precious objective in the competition – get a good placement or even win. More than just enjoying the experience, they worked just as hard and will not make things easy for the front-runners. I give them 60% likelihood of hitting the target, including the winner of the Lazada Fan Votes. 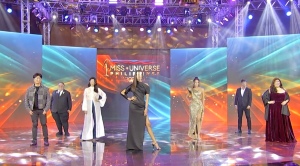 It saddens me that I could not include Alaiza Malinao this far in the competition. But as any pageant organizer would strongly adhere to, making it to the top tier means that any of the Top 5 would make a wonderful winner. So will the organization be able to blend harmoniously with any single one of them? Because if the judges select the candidate who – in the observation of everyone involved internally – would not be the easiest to work with, then they would have to carry the burden of dealing with her.

My Top 5 Finalists may have different personalities, but a common denominator is this – it would be easy to establish mutually beneficial working relationships with them.

If a Final Q&A will determine the new Miss Universe Philippines, I bet that they will give impressive answers however which way you look at it. So the judges would have to deliberate with the MUPH organization on who has the best chance of doing well in Miss Universe, as well the one who will be a joy to represent the organization in its year-round plans for her reign.

Up until now, I consciously avoided any spoilers or reading any alleged “leaks” in other pageant sites. Hence, my choice for a winner is independently arrived-at. 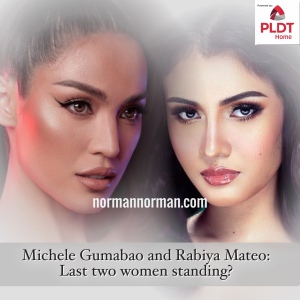 Michele Gumabao of Quezon City and Rabiya Mateo of Iloilo City are my last two women standing. It’s like the classic David and Goliath. The only difference is that both ladies are very likeable – you can actually root for any one of them. So at the end of the day, will I go for experience with high levels of professionalism and maturity factored in? Or should I side with someone who is loaded with potentials to shine internationally but would still require intense molding to suit up for the high demands of the job?

Someone is ready to strike, and if she will be the David to put down Goliath – then so be it. But if Goliath remains strong, then this will happen.

I ranked my Final five as follows:

P.S. Five (5) versions of the coronation were taped last night so only the REAL winner’s reaction will be shown in the Finals telecast.