Down memory lane on a Black Saturday 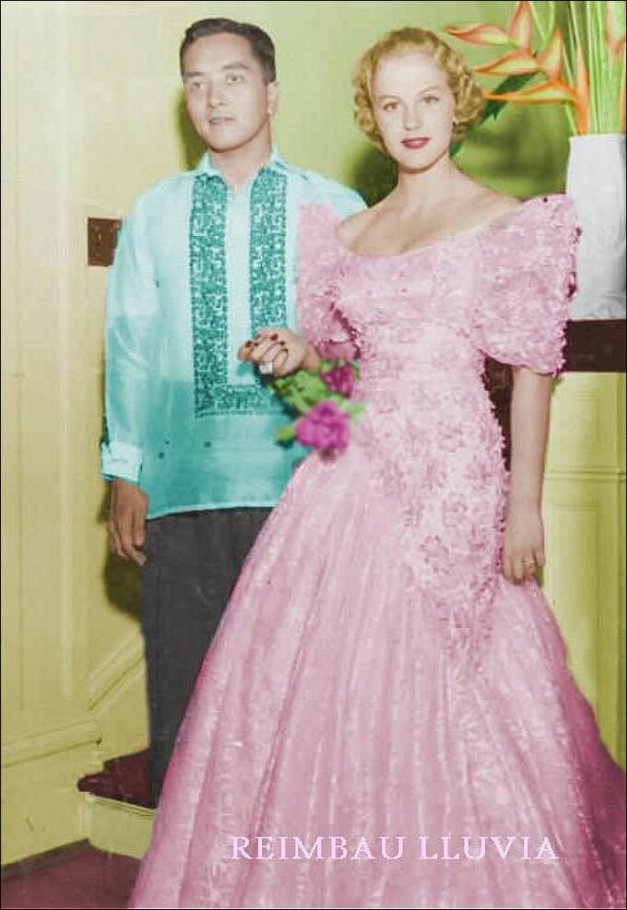 It’s Black Saturday – a lazy day for most past the middle of the Lenten Season. So for today, let’s go down memory lane and wax nostalgic about one of the earliest direct connections between the Philippines and Miss Universe.

The year was 1952. The very first Miss Universe was crowned in the person of Armi Kuusela from Finland. And in one of her overseas trips, she landed in our shores and met a local businessman who swept her off her feet. Virgilio Hilario was the guy and he took bragging rights for marrying the most beautiful girl in the universe.

Below is a retelling of the love story between Armi and Virgilio as written by Entertainment Writer Ricky F. Lo. It’s kinda long, but a good read nonetheless.

A misty-eyed look at Armi Kuusela, the 1st Miss Universe

Nobody could have imagined that Armi would become an adopted daughter of the Philippines when she married Virgilio Hilario. Their love story was immortalized in a movie entitled Now and Forever.

On March 9, 1953, nine months after she won the Miss U title, Armi was invited by the Philippine International Fair Committee to crown that year’s Miss Philippines. During her stay (until April 11, same year), Armi paid a courtesy call on then President Elpidio Quirino, Supreme Court justices, senators and congressmen; laid a wreath at the Bonifacio Monument; visited Maryknoll College (now Miriam College), UP, Ateneo de Manila, the Balara Filtration Plant and Baguio City where she met Virgilio through a blind date.

Funfare’s “other beauty expert” Celso Caparas (now working in the Middle East) recalls the rest of Armi’s memorable stay in the Philippines:

On March 12, the lawmakers discarded their usual “parliamentary sobriety” when Armi called on then Senate President Eulogio Rodriguez and Speaker Eugenio Perez. Smitten by Armi’s beauty, then Rep. Ferdinand E. Marcos (Ilocos Norte) introduced himself as the only eligible bachelor in the House and confessed that his knees gave way after meeting her up close and personal.

Two days before her departure, Armi danced the rigodon de honor with the winners of the Miss Philippines contest and prominent social figures during the Farewell Ball held at the fair’s open auditorium. Shedding tears, Armi left the country on April 11 for Hong Kong and Japan with a heavy heart. She expressed her desire to stay in the Philippines because of the warm hospitality accorded to her.

Indeed, she won the hearts of the Filipinos particularly then 25-year-old Virgilio “Gil” Hilario who studied banking, marketing and foreign trade in Columbia University and at the same time worked with the Philippine National Bank in New York. Friends in the know believe that one of the reasons why Armi was swept off her feet by Gil was because of his dancing skills. Gil was an expert in mambo, samba, rumba and other ballroom steps.

Gil followed Armi on her trip to Tokyo where they arrived on April 26 on separate planes. Their romance blossomed in Tokyo until they mutually agreed to get married on her 19th birthday on Aug. 20. He gave her a three-carat diamond engagement ring. But love couldn’t wait. On the wee hours of May 3, Gil was involved in a scuffle when he defended Armi from a drunken American newspaperman who tried to harass Armi inside the Cosmopolitan Nightclub.

Before the incident, Armi chose to give up her Miss Universe crown and title, her plans to take up physical education and language and make more movies but decided to marry that day instead. Gil was sporting a black right eye when he exchanged marriage vows with Armi (who wore a blue nylon lace gown and carried a small bouquet of roses), officiated by Rev. Fr. Bruno Blitter, at the St. Ignatius Church in Yatsuya, Tokyo, with her sister Irma Kyromies as matron of honor and Roberto Villanueva (then VP of Chronicle Publications) as best man, Gil’s close friend. She received a brand new 1952 Cadillac as a gift. 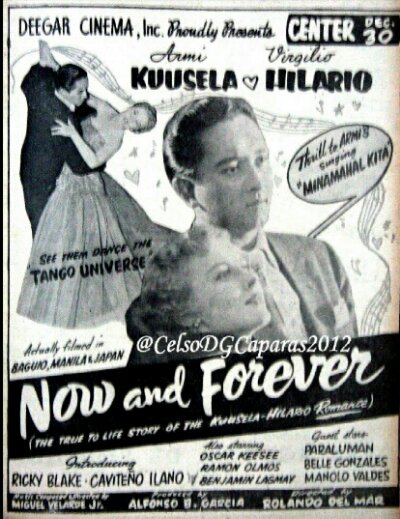 After their two-month honeymoon in the US and Europe, the couple settled in the Philippines. Their love story was immortalized into a movie, Now and Forever, which was shown on Dec. 29, 1953 at Center and Palace theaters.

Back home, Armi had a film under her name, Maailman Kaunein Tyttö (or The Most Beautiful Girl in the World). In 1955, Armi (with Gil) visited Finland for the first time since 1953, and the couple did a Finnish documentary film, Pohjolan Tähtitaivaan Alla (or Under The Northern Stars).

They had five children and six grandchildren who now live in different parts of the globe, namely: Arne, Anna-Lisa, Jose/Jussi, Eva-Maria and Miguel/Mikko (the only one based in Manila).

Gil and Armi were active in the Barrio Leaders Association of which Gil was the president. Gil was even named the Honorary Consul of Finland which elated Armi no end. From 1954 to 1956, Gil played the role of John in the passion play, Martir sa Golgota, staged at the Manila Grand Opera House, with Gloria Romero as the Virgin Mary. Armi became a Camay Girl and she posed with her family for print and commercial ads.

Gil died on Sept. 7, 1975. Armi remarried, to Albert Williams, a US diplomat, on June 8, 1978. They are now living in La Jolla, San Diego, California, where she is active in various community undertakings and deeply involved in cancer research.

I can’t be sure if the young ones enjoyed (or will enjoy) reading the love story between the first Miss Universe and her Filipino husband. But it always makes me feel good recounting the details of a romance that led to a blessed union and made all the more special by the beauty pageant link. 😉

I can really be a sucker for tearjerkers so I just had to blog about this new child performer on GMA-7 who breaks my heart every weekday night that I watch her on ‘Munting Heredera” (Little Heiress). Mona Louise Rey plays the role of Jennifer, a little girl who got separated from her real mother and father after birth, got adopted by a gay teacher whose Aunt beats the hell out of the poor waif and is now taken away by her supposed ‘real’ mother who turns out to be the head of a syndicate exploiting children into begging on the streets. Yes, it’s the stuff that can get emotionally cheesy but I just had to follow the teleserye and see how Jennifer’s life will turn for the better.

Here are video clips from the May 28 and 31 episodes:

If you have followed the series since it premiered last month, I think we’ll be in agreement that Mona Louise Rey is a natural performer who makes each of her scenes both endearing and believable. I know that ABS-CBN’s Xyriel Manabat packs an acting wallop in her latest “100 Days to Heaven”, but Mona is, quite simply, a joy to watch. Most especially now when the story has reached the point when the kid is being used by the syndicate to peddle drugs outside an exclusive school. It’s truly heart-tugging. (Pardon if am over-reacting but I don’t like seeing child exploitation like that.)