Flashback Friday: The Very First Gentlemen of the Philippines 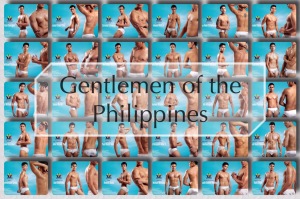 Helping mount a national pageant is not an easy endeavor, let alone a male contest which has not fully achieved a mainstream status in the Philippines. Yet. But 2017 promises to be a notch better than the last, what with the simultaneous existence of other competitions like Mister Philippines and Misters of Filipinas. And the 2nd Edition of the Gentlemen of the Philippines is looking at its sophomore edition with eye-opening lessons learned from the inaugural effort. This year, the search will be more carefully-planned in order to sustain the momentum previously built.

In this post are random photos and videos taken from July of last year when the male pageant held its sashing ceremony at the Valle Verde Country Club, Press Presentation at the Sulo Hotel poolside and Provincial Tour in Quezon Province (Sariaya, Candelaria, Tayabas and Lucena City) leading to the finals at the Trinity University of Asia Theater.

Being the Media/PR Head of Gentlemen Charities Inc., I believe that I have made good with my promise to spread awareness about the competition, as well as continue with the relative visibility of the winners such as Andrea Biondo, Kian Sumague, Paul Renzo Velo, Mark Joshua Marquez, Jason Martin and Miguel Alexis Maliwat (and even some of the candidates like Johannes Rissler and Andrei Salvacion who are doing good in their respective careers). 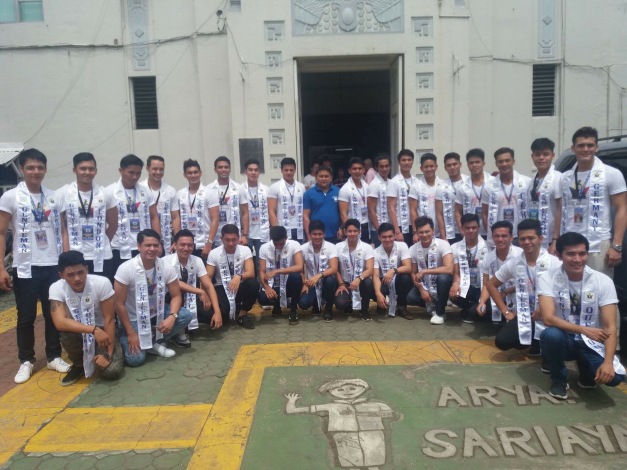 For 2017, the national screening and announcement of Official Candidates – followed by orientation – will happen on July 30. Competition period will take place from September 2-9 and for now, the eventual winners at stake will be sent to Mister Universal Ambassador in Makkasar, Indonesia, Mister Model International in Miami, Florida and Mister Tourism World in Myanmar. Last year’s Mister Tourism International bet will remain in place as his competition is still scheduled by August/September. The surprise will be a new title to be handed out during the September 9 finals.

Below is a video of the news coverage made by Eagle Broadcasting last year.

More on Gentlemen of the Philippines 2017 soon!

Gentlemen of the Philippines: 19 and still counting 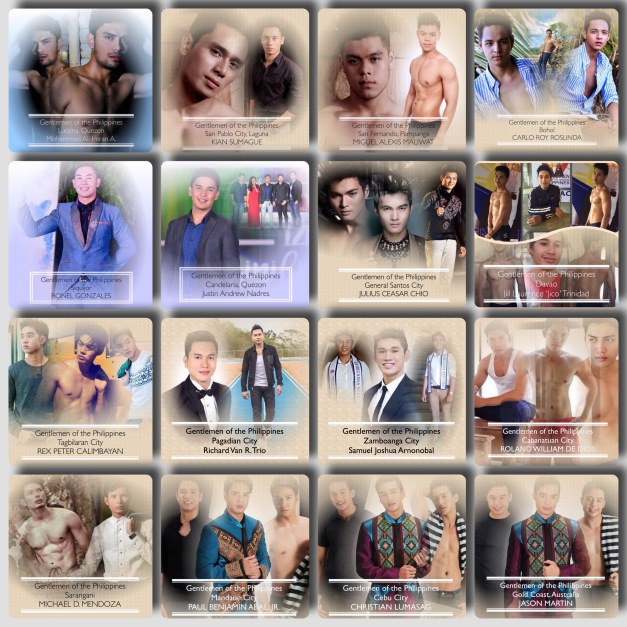 The first 16 candidates of Gentlemen of the Philippines 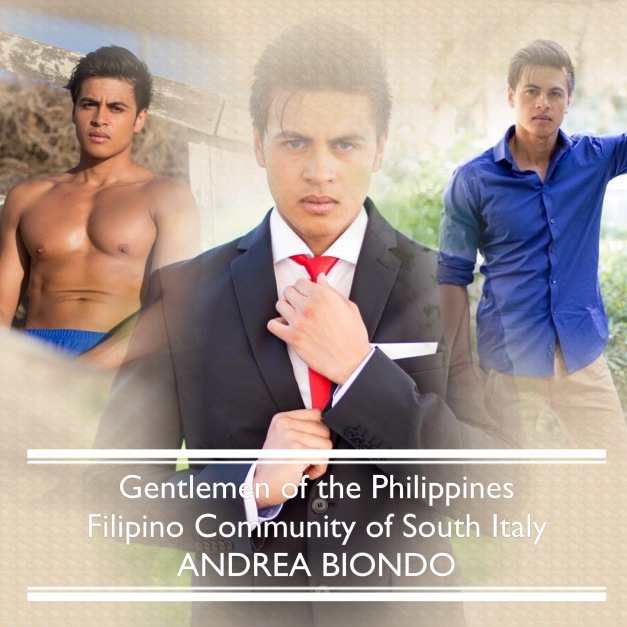 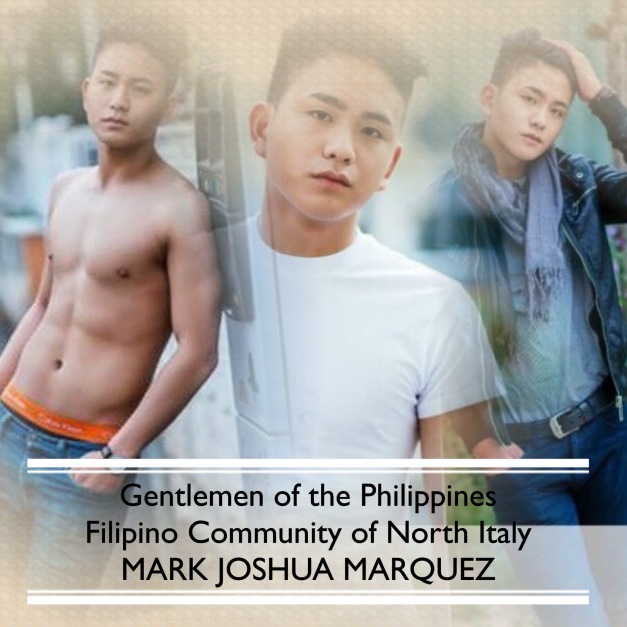 Gentlemen of the Philippines is shaping up to become the most sought-after and truly national male pageant this year.

For starters, it has accumulated nineteen (19) Official Candidates so far and they all come from various provincial and international searches. From Lucena to Zamboanga City, from Davao to Bohol, from Pampanga to Cebu, from General Santos City to San Pablo City, from Siquijor to Cabanatuan City, from Gold Coast in Australia to London UK and from Rome to Sicily. The interest and branding for this competition had considerably risen the past couple of months. And the list doesn’t stop there. In the pipeline are Cagayan Valley, Abra, Tarlac, Dumaguete, Leyte, Ilocandia, Bicol Region and NCR. The line of interested joiners has just gotten longer and it is close to impossible sticking to just thirty (30) participants.

Back in Cebu, the media reps from SunStar News and The Freeman asked your blogger why and how Gentlemen of the Philippines will be different. As Media Head and Publicist, I always tell them that everything starts from good intentions. And with the right blend of advocacies, career-driven candidates and respect for the individuality (or dignity if you will) of each one, how can the organization go wrong? Male pageants may not be mainstream yet, but it can go that route provided that the usual impressions of many about the questionable goings-on behind the scenes are totally removed. It won’t be easy but the effort should start somewhere sincere and trustworthy. Only the most jaded will remain filled with doubts, while we strive to elevate the image of this type of competition in the country.

We have already started the branding and social/print media spread for Gentlemen of the Philippines. It’s up to you to believe in our vision and support us. 🙂 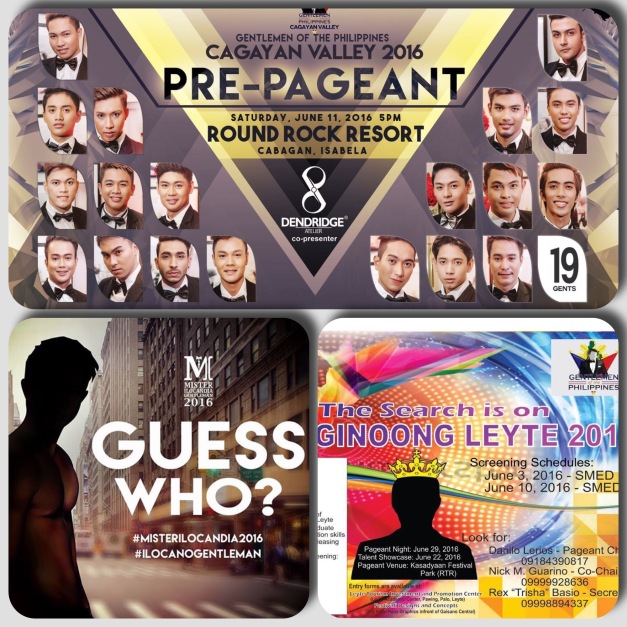 Rein Villareal for Gentlemen of the Philippines

Last Friday night, Quezon’s Top Model Quest 2016 – the grandest modeling search in the whole Quezon Province – culminated in the selection of its top winners after a big production that transformed the Quezon Convention Center into a runway venue. Early favorites Ian Anthony Tan and Charisse Gutierrez were named as the best questors from a field of forty candidates. They were followed by First Runners-Up Jush Rosales and Yzabelle Gonzaga Urdaneta, and Second Runners-Up Ali Mohammad Imran and Aira Elloso. The other questors who were named in the magic circle are 3rd Runners-Up Ramil Permigones and Melofe Gaa with 4th Runners-Up Nhiel Borja and Vanessa Sumocol. 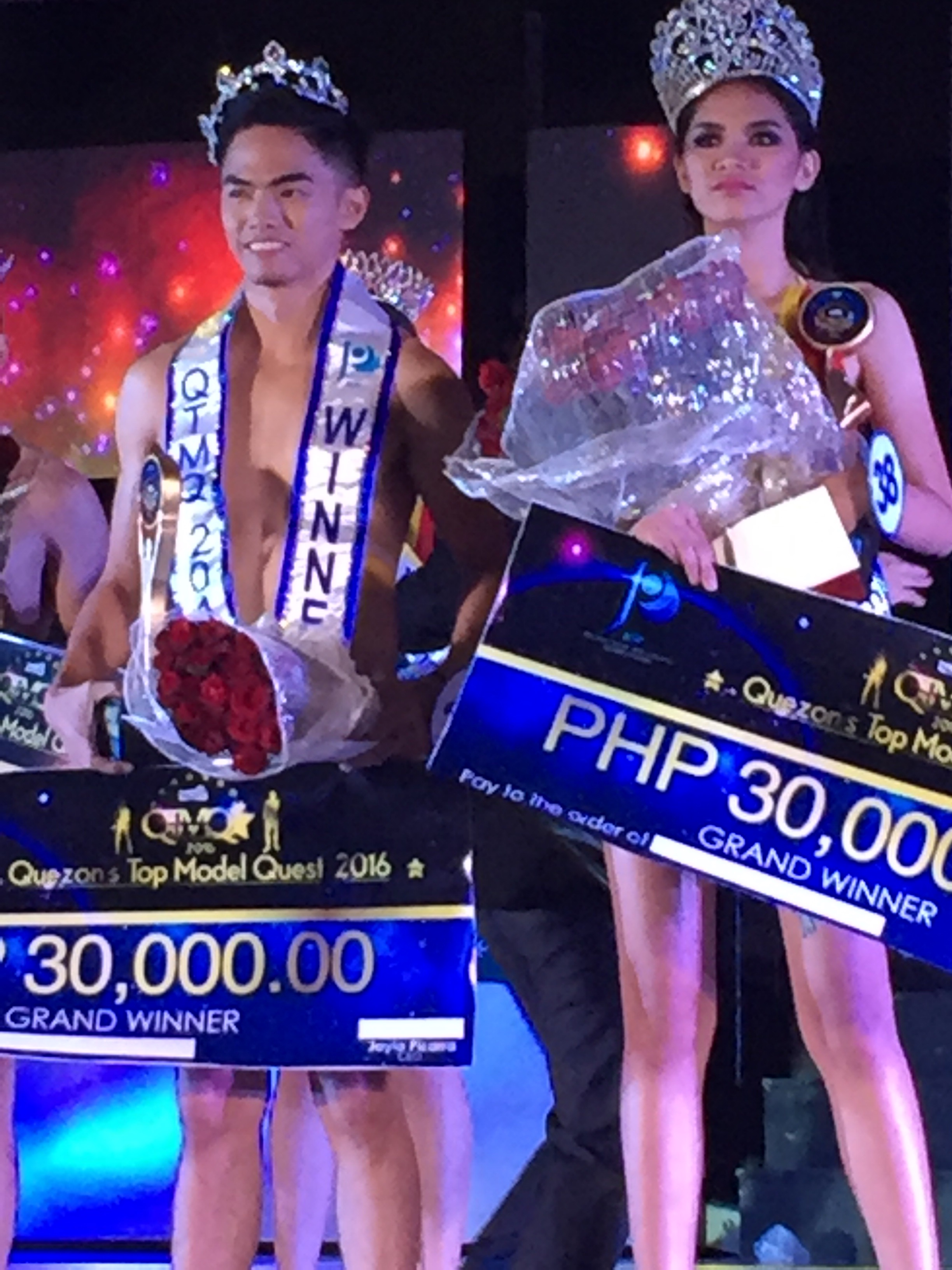 What made the whole proceedings extra special for your blogger is the selection of a Miss Model of Beauty (Yzabelle Gonzaga Urdaneta) and the very special award of Mister Model Gentleman which automatically makes the recipient the 1st Official Candidate of the upcoming Gentlemen of the Philippines 2016. He is half Pinoy-half Pakistani Ali Mohammad Imran of Lucena City who was awarded by Honorary Gentleman himself Reniel Villareal.

Ali Mohammad Imran (rightmost) was named 2nd Runner-Up and also Mister Model Gentleman for Gentlemen of the Philippines 2016. He is seen above with ABS-CBN’s Mario Dumaual and Designer Albert Andrada (2nd from right)

All in all, Quezon’s Top Model Quest 2016 was a resounding success. It is a production fit for a national finals. And I can only say kudos to Mr. Jaylo Pizarra, CEO of JOP/Galaxy Production and Events Management plus his hardworking team of professionals who made everything possible.

Ali Mohammad Imran A. was named Mister Model Gentleman and is now the first Official Candidate of Gentlemen of the Philippines 2016

Congratulations to all the winners and the first Official Candidate of Gentlemen of the Philippines 2016!