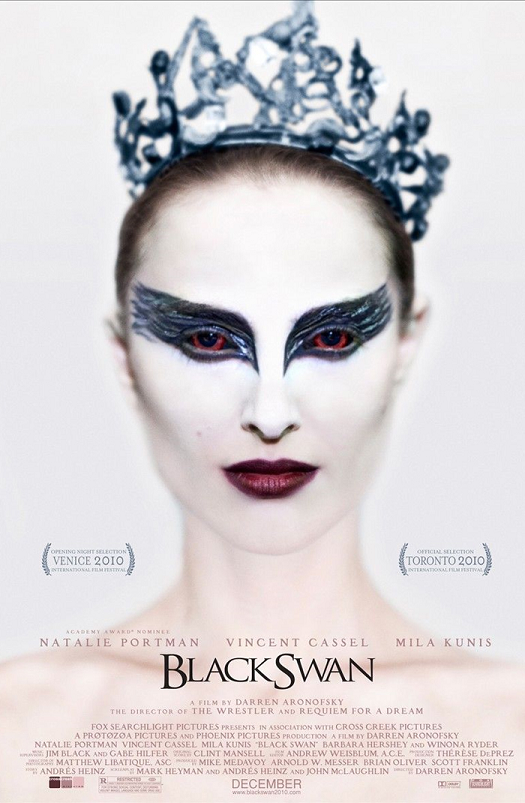 I love movies that intrigue and excite me to no end. And after learning that Darren Aronofsky (one of my favorites) is the director, my level of excitement shot up even more. Black Swan is the title of the movie and according to IMDB and Fox Searchlight Pictures, here is the storyline:

Nina (Portman) is a ballerina in a New York City ballet company whose life, like all those in her profession, is completely consumed with dance. She lives with her obsessive former ballerina mother Erica (Hershey) who exerts a suffocating control over her. When artistic director Thomas Leroy (Cassel) decides to replace prima ballerina Beth MacIntyre (Ryder) for the opening production of their new season, Swan Lake, Nina is his first choice. But Nina has competition: a new dancer, Lily (Kunis), who impresses Leroy as well. Swan Lake requires a dancer who can play both the White Swan with innocence and grace, and the Black Swan, who represents guile and sensuality. Nina fits the White Swan role perfectly but Lily is the personification of the Black Swan. As the two young dancers expand their rivalry into a twisted friendship, Nina begins to get more in touch with her dark side – a recklessness that threatens to destroy her.

Below is the official HD trailer of the movie:

Black Swan from Fox Searchlight Pictures will open on limited release in the US starting this coming Friday, December 3. It will gradually expand in the succeeding weeks leading to Christmas. The movie is directed by Darren Aronofsky from a screenplay by Mark Heyman, Andres Heinz and John J. McLaughlin. Natalie Portman stars as the Black Swan, together with Mila Kunis, Vincent Cassel, Barbara Hershey and Winona Ryder as the Dying Swan.

I hope the movie gets to be shown in one of the Ayala Mall Cinemas even just for a short period of time before or after the holiday break. Can’t wait for this! 😉