The Recycled National Costume Competition was a sight to behold. 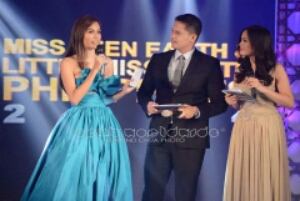 The Gala Night of Miss Teen Earth and Little Miss Earth Philippines 2014 last night was a well-attended event. Held at the Grand Ballroom of Dusit Thani Manila, guests were treated to a night of songs, good food and the Recycled National Costume Competition of the candidates. Hosts JC Cuadrado, Divine Lee and Patricia Fernandez made sure that everyone enjoyed the proceedings which include the colorful eco-creative formal creations judged by such esteemed judges which include designers Rajo Laurel, Eric delos Santos and Avel Bacudio, actor Benjamin Alves, Producer Michael Carandang and Mega Group’s Suki Salvador among others. Performers who regaled the audience with their show-stopping numbers were the Ryan Cayabyab Singers, Bayang Barrios and the Mandaluyong City Children’s Choir. By the way, I also spotted celebrities like Victor Basa, Victor Silayan, and Katarina Rodriguez (of Asia’s Next Top Model S2) and former Binibinis Aiza Faeldonia and Angelique de Leon inside the ballroom.

Okay, time to buckle down to the business of sharing my choices for the two crowns to be handed out tomorrow night at the SM Mall of Asia Arena. Among the twenty (20) teenaged ladies, I’ve had my eyes transfixed on two competitors who embody the image and personality of whoever will win the first Miss Teen Earth title. My #1 pick is Vanessa Mae Walters of Cebu City. This graceful and elegant lass shows off a sense of style that is hinging on the cusp of adulthood, but still exuding the youthful joie-de-vivre of a sixteener. She simply has an over-all impact that stands out from the rest. I reckon that she will be a most qualified young ambassadress of Mother nature. My alternate (or #2) is Angelique Stephanie Passion, who can also shine well as a potential winner. I would love to see one of the two taking it all the way. Completing my Top 5 are Shawntel Michole Cruz, Deanne Patricia Perez and Francesca Taruc.

Now, assessing the young girls is a trickier act to accomplish. An armchair judge needs to look beyond the cuteness of each candidate and see the more intrinsic qualities of a sub-10 year-old who could be capable of meeting the demands of the responsibility of a Little Miss Earth Philippines. But unlike the teens, I have one solid choice to be declared the winner and she is Joseayn Dennies Albasin of Cagayan de Oro City. I personally feel that she has all the qualities that could make a wonderful earth champion for the children. She has the expected girly ways from someone her age, but beautifully spiced with the natural nuances of a smart charmer. She is such a stylish girl. The four others who qualified for my top quintet are Juviel Viado, Candesse Bartolome, Heunize Ciar and Tyra Izabelle Pilapil. 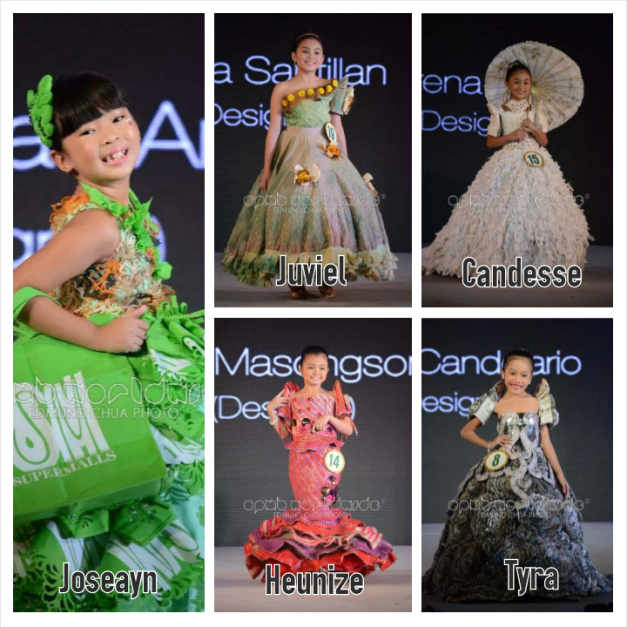 Kudos to Captured Dream Productions headed by its hands-on CEO Vas Bismark and ever-warm Managing Director Jed Velasco for an impressive conduct of the Gala Night. By the way, if you can’t watch the live finals tomorrow night, you can catch the delayed TV telecast of the pageant on June 8 over at GMA-7’s SNBO. 🙂