The finals of Mutya ng Pilipinas 2009 will be this coming Sunday, August 9, in the province of Aurora. The competition is really heating up and after the press presentation, the stronger ladies stood out even more. Here are the ones who caught my eye in their swimsuits: 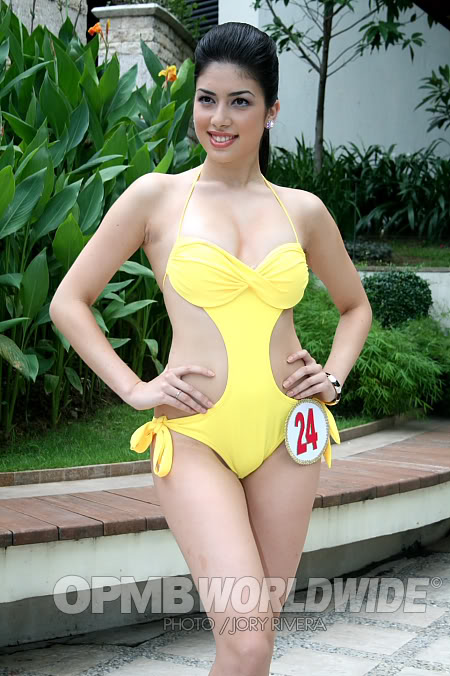 At this point, it won’t be easy picking the winner because the ladies in contention are in a close race for the title. But you can still continue giving your support to your favorite candidate by casting your vote in the online poll that will select the Mutya ng Pilipinas OPMB People’s Choice Award (sponsored by Linkconnect Net Services) which will be announced on coronation night. Deadline for voting will be on Saturday, August 8.