Miss Colombia 2011-12 Daniella Alvarez: “Feet, why do I need them when I have wings to fly“ 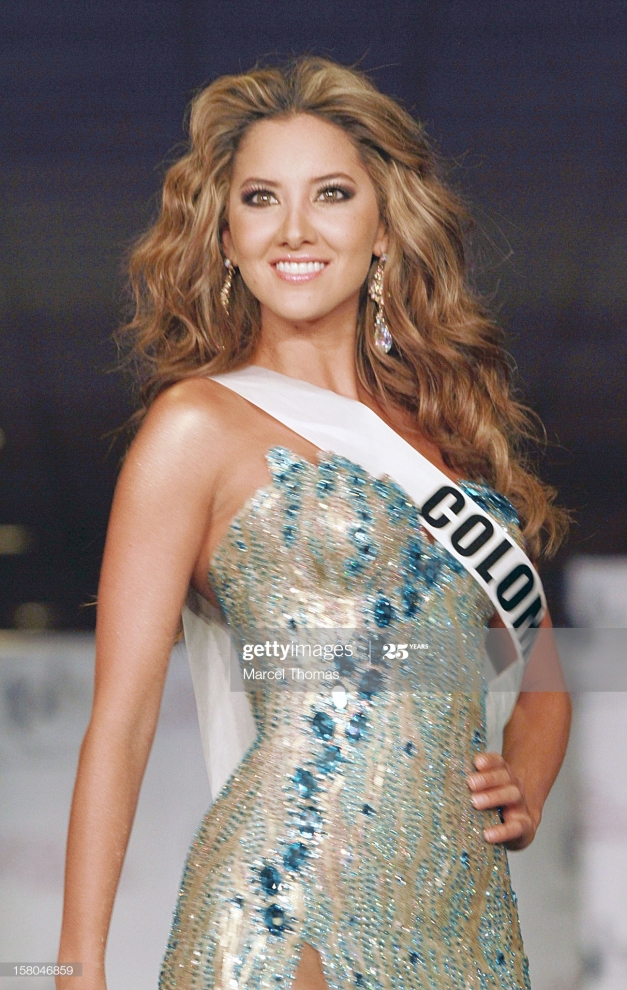 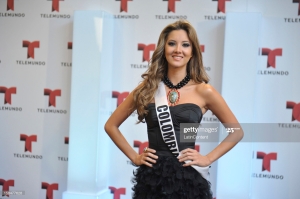 Daniella Alvarez Vasquez, Miss Colombia 2011-12 (she competed during Miss Universe 2012 when Olivia Culpo and Janine Tugonon finished 1-2 respectively) is a brave woman indeed. After everything she went through, the smile and positivity in spirit never left her at all.

In this report by Mirtle Peña for Hola, it was stated that:

Colombiana Daniella Alvarez is living a very new normal. The former Miss Universe contestant has recently gone in for an operation that would remove a lump from her abdomen. However, during the routine surgery, the beauty queen suffered some complications when the blood to her left leg cut off, forcing doctors to act swiftly. During the procedure, blood was not flowing to the lower part of her left leg, and when doctor’s at Fundacion Cardioinfantil Hospital in Bogota, Colombia, noticed, they quickly went to amputate the lower half in an effort to mitigate any further complications for Daniella.

During the surgery, the nimble and speedy doctors noticed that the mass they were operating had wrapped around Daniella’s main aorta, causing her to experience ischemia (when not enough blood reaches an organ or body part). The model took to her Instagram page to share photos of what would be her new normal post surgery. In the photos we see her surrounded by the immense love and support of her family. She shares, “I want to share with all of you the new me, I love my body the same as before, and am happy to be in the world and be able to tackle all of the new challenges that lay ahead. I know that with God’s help everything is possible. ‘Feet, why do I need them when I have wings to fly’ 😊🙏🙏 let’s keep moving forward.”

Daniella also shared two videos on her Instagram feed: one showing her on her way to her room once she was released from ICU; and another of her speaking out to her fans about what had occurred. Many flocked to the comment to wish the former beauty queen a speedy recovery. Singer and fellow Colombian Sebastian Yatra also took to the comments and shared, “❤️❤️❤️❤️🙏🏻,” as a sign of his full support for her on this new journey that she will be embarking on. Daniella admitted that she will be getting a prosthetic limb in the future so that she can keep doing some of her favorite activities like dancing and swimming.

Miss Universe 2012 Preliminaries: Twenty-Four Delegates Who Struck Me the Most 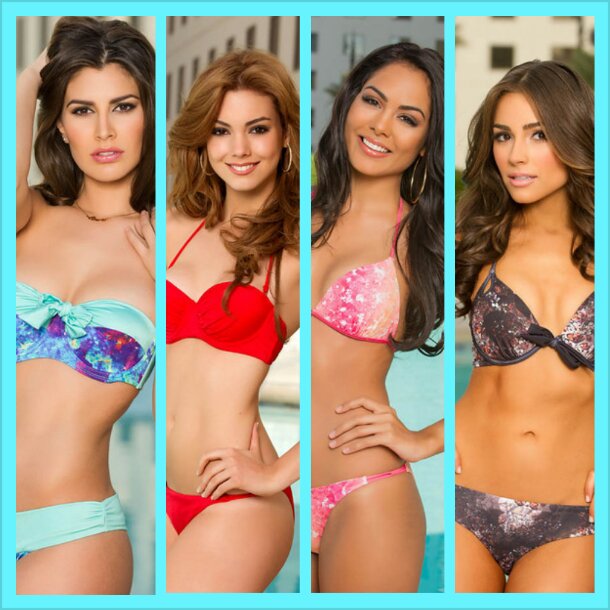 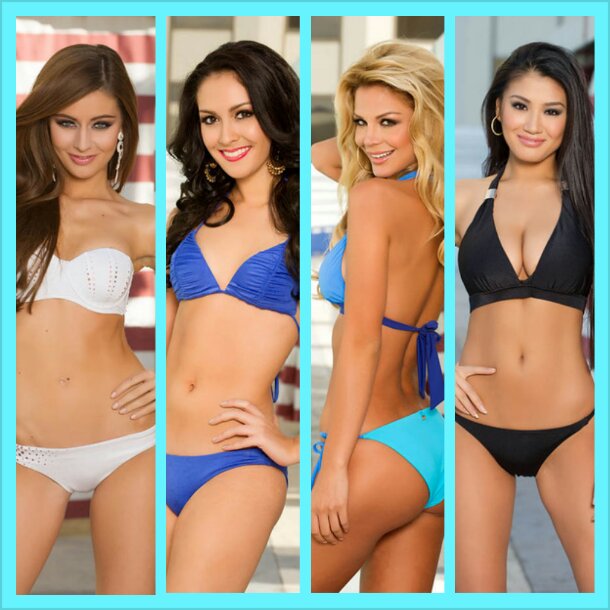 First things first, the Miss Universe 2012 Preliminaries lived up to its name of effectively filtering the confidently beautiful (the organization’s current tag words) from the plain beautiful candidates. While there are so many gorgeous ladies competing for this year’s crown, it takes a pre-pageant event like this to see through their respective strengths and weaknesses with a live streaming near-microscopic eye.

And it is with this thought that I highlight first the beauties who pleasantly surprised me, and they are Tamar Shedania of Georgia, Marie Payet of France, Rina Chibany of Lebanon, Daniella Alvarez of Colombia and Vasiliki Tsirogianni of Greece. I was practically ‘ignoring’ these five prior to the Preliminaries. But they showed last night that they are in the competition to be more than noticed and moreover, be recognized of their winning potentials. In particular, my armchair judging showed the first three mentioned as standouts in both rounds. Hence, I won’t be taken aback anymore should they make the cut, i.e., if their individual interview scores cooperate.

As for the rest, I can name the ones who proved their worthiness as early favorites and who are now being named shoo-ins to the Top 16. Irene Esser of Venezuela, Elizabeta Burg of Croatia, Janine Tugonon of the Philippines, Melinda Bam of South Africa and Bodine Koehler of Puerto Rico comprise a quintet that made the best use of their collective half-minutes onstage. They delivered and how! Irene’s vibrant personality mixed well with her expertly-trained presentations. Elizabeta’s knockout beauty blended with smooth turns that can leave any member of the audience breathless. Janine’s catwalk savvy and elegant bearing prompted everyone to sit up and take notice of our bet’s fierce style. Melinda, on the other hand, is clearly a master of projection and sharp moves. And Bodine? She may always have that girlish aura about her, but she uses this countenance to leave an indelible mark on the judges’ scorecards.

There are those who remained very strong inspite of being relatively less effective (but not by much) compared to the ones already mentioned. I am specifically referring to Malaysia’s Kimberley Leggett, Brazil’s Gabriela Markus, Mexico’s Karina Gonzalez, USA’s Olivia Culpo, Ecuador’s Carolina Aguirre and Cayman Island’s Lindsay Japal. If you ask me what seems to be still lacking in them, I may not have easy answers. It could be an excess here or a small shortage of charm there or just an overall performance that merited a cumulative grade lower than the more solid tallies of the contenders ahead of them. At any rate, they should definitely advance in my opinion.

Which leads me to who, I reckon, might be Trump’s picks for 2012. With his fondness for Central European eye candies, I am placing my bets on Croatia, Georgia, Diana Avdiu of Kosovo, Tereza Chlebovska of Czech Republic and, on a geographically different area of Europe, France. Marcelina Zawadzka of Poland and Lebanon (not European but looks like one) could also be joiners, but they may already be on the verge of being the first to be sacrificed if Donald can only scoop five (maximum six) slots.

And as for the two other Asians in my Top 24? Gut feel tells me that either Japan’s Ayako Hara or Thailand’s Farida Waller is likely to pull a Top 16 inclusion. If you ask me who, I would probably point a finger to one of the final telecast judges who happens to be an Iron Chef as clue. (Insert wink here)

Lastly, don’t count out the possibilities of Paraguay’s Egni Eckert, Angola’s Marcelina Vahekini and Australia’s Renae Ayris. The fiery Latina is capable of stealing the limelight from any one of the top presentation placers, while Leila Lopes’ national successor could be the token black qualifier should there be one. Lastly, the Aussie babe – who used to be lording it over my earlier rankings – has slipped based on my assessment of her last night. Hopefully, she can still turn the tide and continue her continent’s good track record in the pageant.

All in all, the Miss Universe 2012 Preliminaries was an eye-opening event, in that it gave all 89 wannabes equal opportunities to shine and give the front-runners a run for their money. Who will make it to my final list of Top 15 (plus one potential online voting winner)? That will have to wait till the morning of the 19th. 🙂 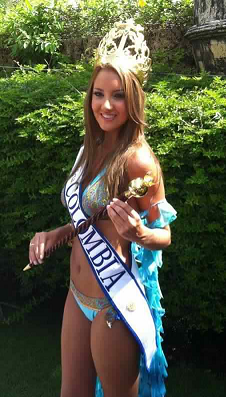 Colombia has just crowned its’ fairest for 2012. The lady representing Atlantico won the South American country’s premier national beauty pageant and will now be participating in Miss Universe 2012. Daniella Alvarez, 23, is a Communications and Journalism major taking up Masteral Studies in Organizational Development. She may not be the tallest candidate at 173 cm., but she stood above the rest with her wit, beauty and trilingual (Spanish, German, English) skills.

If you ask me, I find Daniella pretty. But does she fare well when compared to her more recent predecessors? At this point, something is still missing. I’m not totally sold yet on her chances of winning a 2nd Miss Universe crown for Colombia. However, the long lull between now and next year’s pageant should be enough to give her further makeover. She has a number of angles that do not give justice to her beautiful features. At any rate, I believe she will be more than ready come pageant time.