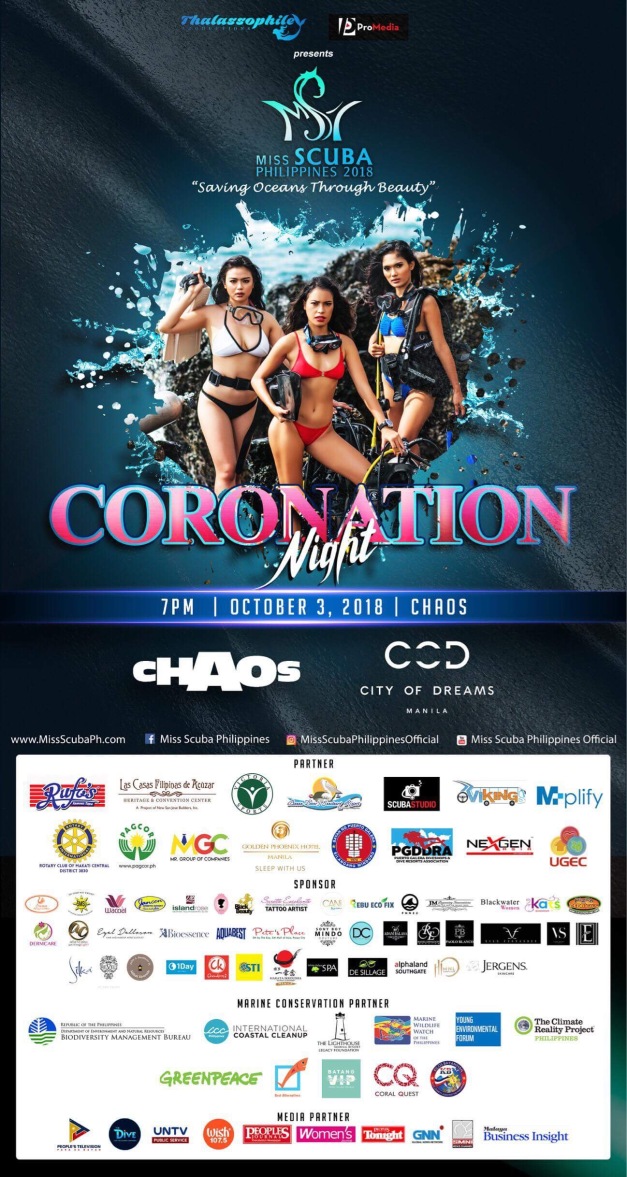 Tomorrow, one of the beautiful Marine Ambassadors below will take it one big notch higher. She will be crowned as the worthiest to be titled Miss Scuba Philippines 2018 and become the country’s representative in Miss Scuba International 2018 to be held in Malaysia.

Who will the most precious one be?

Below are my Top 5 Favorites going into the Finals:

Find out during the Coronation Night at Chaos Manila. Show starts at 7pm. 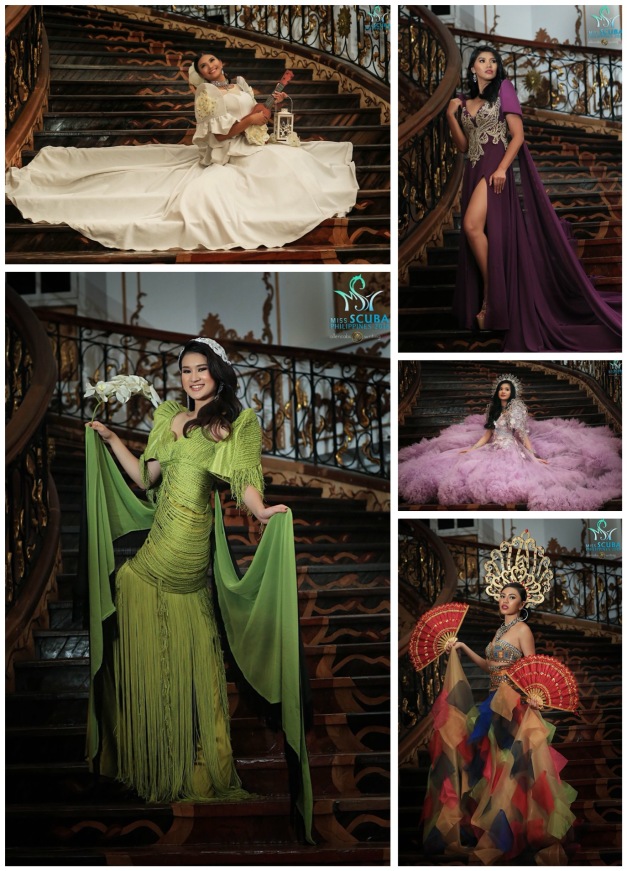 Getting to know the Official Candidates of Mr & Miss Hannah’s World Tourism Philippines 2018: Michael and Errish

Our second to the last pair of Official Candidates for Mr & Miss Hannah’s World Tourism Philippines 2018 have a number of similarities that make up the individual threads of their existence. They are both independent-minded, both hungry for achievements and both keen on making themselves purposeful. He is the only remaining entry for Mindanao, while she is the sole rep from Bataan.

Swimming represents more than just a sport in the life of Michael from Midsayap. It is not all about doing laps on the pool or competing with fellow aquatic athletes for a podium finish. He has the Gold medals to prove, especially in his favorite event – the butterfly – for this. But this young man hashtagged #SwimmerForLife considers himself as someone in continuous search for the win in every challenge he takes. He is neither a perfectionist nor a motion-follower. He would rather be called a strategist.

“Growing up in North Cotabato may not be the most ideal in the eyes of the judgmental. But in my case, it has given me the foundation to stand on my feet without necessarily cutting off my family ties. I love everything that has to do with my parents, siblings and even my foster father in Manila. But I also love pushing my boundaries and seeing what’s out there for me. I relocated to Davao City to evolve into a professional right after graduation. I did for a while. The call for stronger achievements is a lot louder though. I want to do well in Mr & Miss Hannah’s World Tourism Philippines. And I dream of being a representative of the country in an international competition.”

Michael is not one to give up on his goals easily. He has had his share of failures in the past couple of years. But he learns from his mistakes, picks up the pieces and plots a stronger comeback every time. Going for the Gold means more than just a medal for him. It is a hard-earned validation.

There is subtle parallelism between Errish and her current employer -City of Dreams – in that she would like to envision herself in a perfect-ish world where all her wants and wishes can be realized. Being self-reliant since she became an adult at 18, she has been gradually planning her life according to what she wants to become in ten years’ time. And she very seldom goes on auto-pilot mode. She would rather drive herself towards a goal as she pleases.

“I have been an independent woman for many years now. And this conscious shift from relying on my parents for everything made me realize everything I found significant about life. One thing that I want in is to show people that I am more than what they see physically. I can be quite the adventurous individual, like when I climbed Mt. Pimitinan in Montalban, Rizal to the surprise of my family and friends. The universe created ‘ME’ only once and I am born with my unique qualities, unique stories and unique talents. My purpose may still be unclear to many, but it is something that adds up to my mystery as an individual.”

At the onset, I thought of Errish to be self-limiting in a way. But she proved me wrong. She has guts, and loads of it. And when she focused her sights on Mr & Miss Hannah’s World Tourism Philippines, I know that she’s in it for the long haul, however bumpy the ride can get.