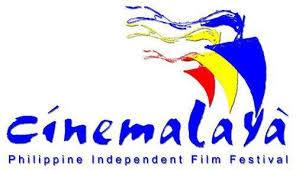 It’s no secret that I love local indie movies. That’s why I support Cinemalaya year after year. And for 2014, the eagerly-awaited film festival is turning a decade old – “A Decade of Connecting Dimensions” as the tagline states. And just to widen the reach beyond the Cultural Center of the Philippines, four (4) more cinema venues – Greenbelt 3, Alabang Town Center, Trinoma and Fairview Terraces – have committed to the simultaneous showing of the entries.

The participating movies are worth looking forward to, especially that a number of our mainstream (read: commercial) actors and actresses have agreed to appear in some of them. For example, there is top comedienne/box-office draw Ai-ai de la Alas who will take her dramatic turn in Nick Olanka’s “Ronda” (Patrol). Superstar Nora Aunor will share the screen with TV performers Sunshine Dizon and Rocco Nacino in Joel Lamangan’s “Hustisya” (Justice). Matinee idol Elmo Magalona will star with former Bb. Pilipinas Universe Joyce Ann Burton-Titular and Slater Young in “#Y” (Hashtag Y) from Gino Santos. Aiko Melendez will topbill Louie Ignacio’s “Asintado” (Between the Eyes). Miss International 2005 Precious Lara Quigaman will be part of the ensemble cast of “Separados” by GB Sampedro. And Dennis Trillo with Derek Ramsay and Richard Gomez will take centerstage in “The Janitor” from director Mike Tuviera.

There’s definitely more to come. I will keep you updated on more of the details (including screening times) as the festival dates draw near. In the meantime, you can also visit Cinemalaya’s Facebook page to know more about the other movies in the official roster. 😉