Charice sings in Glee*s Season 2 Finale and how!

Charice singing "As Long As You're There" during Glee's Season 2 Finale.

Listen to the song now:

Here’s a teaser trailer of Glee’s Season 2 Finale to air May 24:

Charice never fails to impress. As part of Glee’s Season 2, she has a spot number for the finale with the song “As Long As You’re There”, an original composition written for her. It airs this coming Tuesday, May 24 (Wednesday afternoon in Manila).

I hope she gets to be signed up for Season 3 as well because her Sunshine Corazon character elevated the musical component of the show to a whole new level.

Did you miss “Charice…Home for Valentine’s” TV Concert last night?

Last night, Charice’s first-ever TV concert titled “Home for Valentine’s” was shown on GMA-7. If you missed it, then here’s the chance to watch the whole thing again. The 90-minute special showcased our Pinoy pride at her best. She was just a world-class performer!

Charice’s guest performers were Ogie Alcasid, Michael V., Elmo Magalona and Rachelle Ann Go. But kudos goes to our pint-sized international superstar because she belted all the songs non-stop. One standing ovation just ain’t enough because she sang one difficult song after another with much aplomb and perfection. And boy, has she transformed to a very good entertainer, complete with spiels that carry her through like a real trouper.

Many thanks to tmwtwlitepci for these videos of last night’s TV concert of Charice: 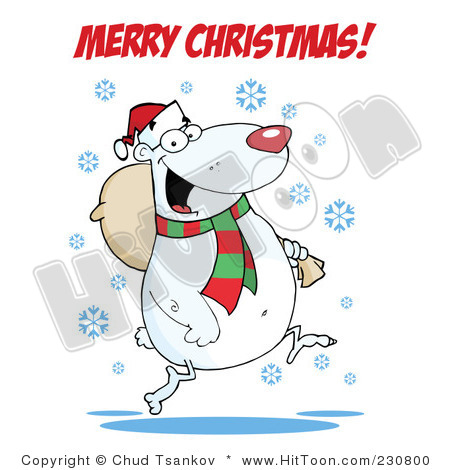 Here’s Emma Watson from Harry Potter with her Christmas message:

Don’t you just love Charice in Glee? A star is born!

Charice’s singing ability is nothing short (no pun intended) of amazing. When word got around that she will be joining the cast of Glee, the response was very positive and not only Filipinos eagerly awaited for her debut on the highly popular show. So when Season 2 started airing yesterday (Sept. 21 in the US) on Philippine cable TV, the whole country watched in awe as the pint-sized Filipina held her own against lead actress Lea Michele (playing Rachel Berry) in two highlights of the first episode. The first was when her character – Sunshine Corazon – ‘dueled’ with Rachel Berry inside the washroom as they sang the Lady Gaga/Beyonce hit “Telephone”, while the second saw her formally auditioning to the McKinley High Glee Club with the Beyonce song “Listen” from Dreamgirls.

I must admit getting goosebumps watching Charice hitting one money note after another. For those who missed it or want to watch again, here’s the video…

Knowing now that Sunshine Corazon’s character has been ‘intercepted’ by the Director of Vocal Adrenaline, it paves the way for more vocal drama between her and Rachel Berry in the weeks to come, especially when their singing competitions reach the regionals in New York. But that also means less of Charice in the next few episodes or so, not until the need to ignite the battle between New Directions and Vocal Adrenaline begins. I was half-hoping that Sunshine will eventually be wooed back to rejoin the lead cast in their school, but I don’t see that happening just yet. 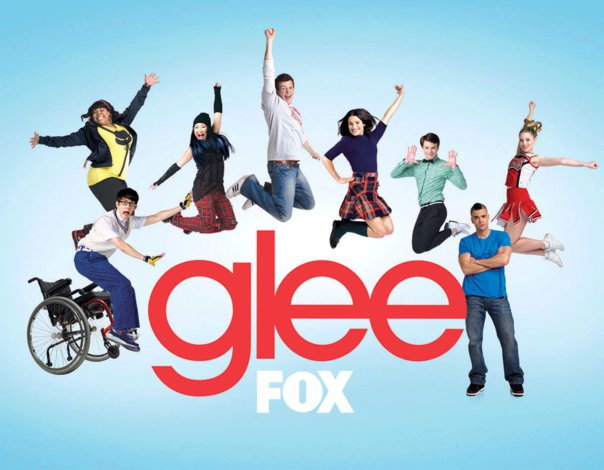 Season 2 of Glee will start airing today (Sept. 21 in the US) at 4 PM (via satellite) with a primetime telecast at 9pm over Jack TV and ETC, and this makes fans in the Philippines the first in Asia to watch it fresh and up-to-date.

But before doing that, watch this promo video first. You can see all the leads plus Sunshine Corazon (or Charice if you will) sharing her thoughts on joining the cast. 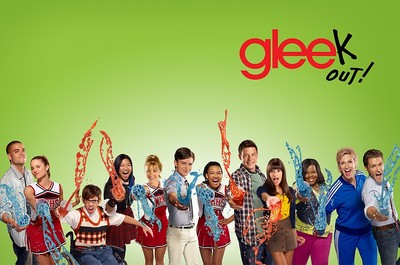 Charice made a splash during the premiere party of Glee Season 2. She walked the red carpet together with all the cast members and was interviewed by the press along the way.

We all know by now that her character’s name is Sunshine Corazon and that she will thankfully play a Filipina exchange student who will become a ‘frienemy” of Rachel Berry (Lea Michele).

Watch out for Glee Season 2! It will premiere on the ETC Channel on September 22 – a day after the US airing.

Glee Season 2 is on! And Charice is in it!

I’m so hyped up for Season 2 of Glee! It’s going to be a big TV thing this fall and what’s more, our very own Charice will be in it! She will totally give Lea Michele a run for the money.

Season 2 starts September 21 in the US and hopefully (definitely, imo) simultaneous with the Philippines and the rest of Asia! 😉

The moment Charice twitted her confirmation (@OfficialCharice “It’s official.I’m on Glee (next season) but when the rumor came out, it wasn’t true”) as the new cast member of “Glee” next season, not only the whole Philippines rejoiced. Her fans and supporters around the world reacted with more than glee. And since the good news spread like wildfire, this blog update is just joining the bandwagon of happiness.

Here’s an excerpt from the report of Andrea Reiher in the zap2it blog:

Charice, or Charmaine Clarice Relucio Pempengco, the internationally-known pop star from the Philippines, will be joining the “Glee” kids of McKinley High in a recurring guest role in Season 2, FOX confirms to Zap2it. She’s got some pretty decent vocal chops (Oprah once called her the most talented girl in the world), so we can’t wait to see her go up against Lea Michele’s Rachel Berry.

In other “Glee’ news, creator Ryan Murphy is dispelling the notion of any “Glee” movies coming to the big screen. Murphy tells EW, “There will be no ‘Glee’ movie in the foreseeable future. Despite overtures, I and the studio have decided we want to put our energy into the second season with no distractions for the cast.”

It was recently revealed that the “Glee” actors all have a clause in their contracts for up to three feature length movies. But Murphy just said “foreseeable future” …

So you’re saying there’s a chance!

Charice auditioned for the role alright. Her Philippine manager might have spoken too soon a couple of months back, but now it’s for real! The international singer will be playing a recurring part as a foreign exchange student who will give lead star Lea Michele (Rachel Berry on ‘Glee’) some heavy vocal competition.

Lea Michele will face some competition from our very own Charice in 'Glee' next season.

Congratulations, Charice! This is another HUGE feather on your cap! 😉

I follow Charice on twitter and as each day passes by, I can’t help but be amazed with her globe-trotting tweets. One day she is in Japan, China & Korea and then she moved to the US doing promo tours in cities outside the usual gigs in California and New York like Boston, Chicago, Phoenix and Detroit, then segueing to Canada, then back to guesting on US TV shows like Regis & Kelly. While writing this blog, she’s on her way to Paris and other European cities! Whew! The girl is literally living the charmed life now!

Charice in Boston at the Newbury Street Nespresso Boutique opening

Here is Charice in her latest US TV guesting with mentor David Foster in the show Regis & Kelly:

Charice with her mentor and real-life ninong (Godfather) David Foster. 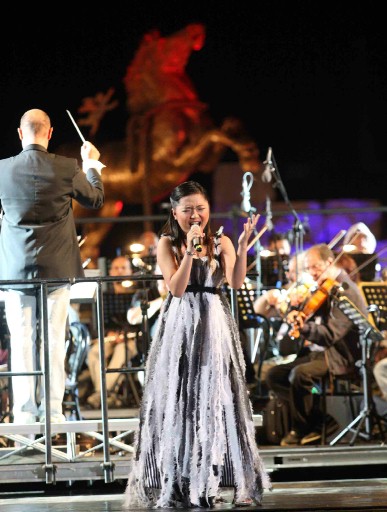 Charice performing at Andrea Bocelli's concert at the Theatre of Silence in Italy. Charice during her promo tour in San Remo, Italy.

The last photo is during the shoot of her “Pyramid” music video with Iyaz. And I am telling you (no song pun intended), this girl is really wowing everyone and she is jet-setting around the world to promote her album. I’m happy for her. She makes us Filipinos proud even more!

And may I just add this video of Charice in a Japan TV feature showing her start as a ‘bulilit” singer in the Philippines:

Our very own Charice will have her debut self-titled US cd released on May 11, 2010 (a day after the national elections in the country) and this early, the carrier single “Pyramid” – which she sings together with Iyaz – is solidly climbing the Billboard dance charts. In fact, this is the reason why she was invited to perform the song’s remixed version at Club 57 – an uppity gay bar in California. And this is also where she invited her friend, American Idol runner-up David Archuleta, to watch and extend support. Of course, you all know what happened next. But it’s all good between the two. The latter claimed that he should have double checked the venue first before lettiing Twitters have a field day questioning his sexuality.

Anyways, here is the music video of “Pyramid”:

By the way, you can start pre-ordering Charice’s album via iTunes or you can click this link. 😉